“Fear the ones you trust”

When I left the historic Raleigh Studios the other night, after attending a late night viewing at ShriekFest 2016, I got the shivers. It was partially because of the movie I just saw, but mostly because of the ambulance that just pulled out in front of me, with sirens on and lights blazing. Normally I would feel a little sad seeing a paramedic, because that means somewhere, someone is hurt. But tonight I had just watched the premiere of a new movie called Paramedics, and I physically jumped when I saw the ambulance! 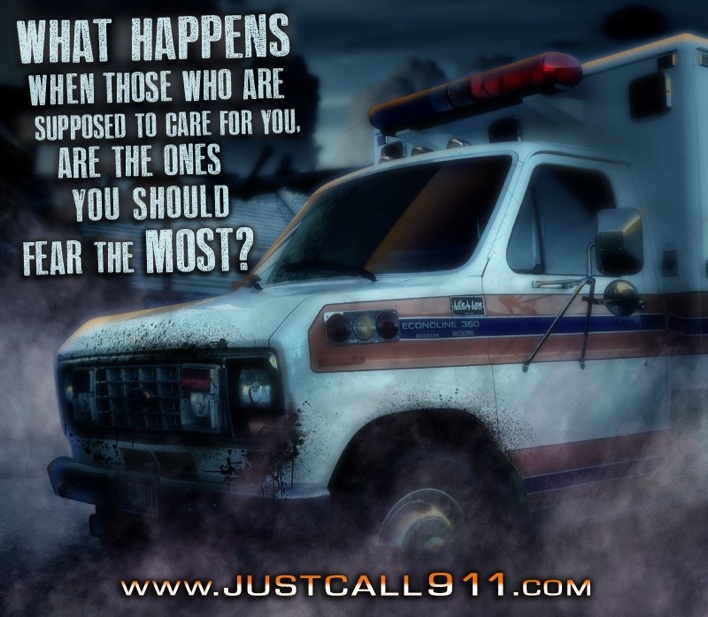 The movie made a big impression on me and I will never look at a paramedic driving by the same again.

With a tag line of Fear the ones you trust, you can already expect these paramedics not to do a good job saving your life. The best thing they do is rationalize why they do what they do — by being killers, they save lives with the organs they harvest and sell to the black market. Yeah, you boys keep on believing that.

The psychological horror thriller is written, produced and directed by Rodney Wilson. He even did some of the editing. According to IMDb, the movie was produced for a mere $500,000, and the production title was originally Just Call 911. The cost was kept down, from what I can see, by not having a lot of different sets. The movie takes place in almost one location. But trust me, they didn’t scrimp on the actors or the special effects. The gore is absolutely realistic!

Paramedics is about two brothers who have a very unusual relationship. Corey (Joe Bocian) and Jeffrey (Brian Landis Folkins) pose as paramedics, and wait in their own ambulance with a scanner on for emergency calls to come in. Once they get to their patient, they kidnap them, murder them and sell the organs to the black market. Corey is the ring leader, since it seems that Jeffrey is mentally disabled. This weird and uncomfortable codependency gets creepier as the movie goes on, but I won’t spoil that here. 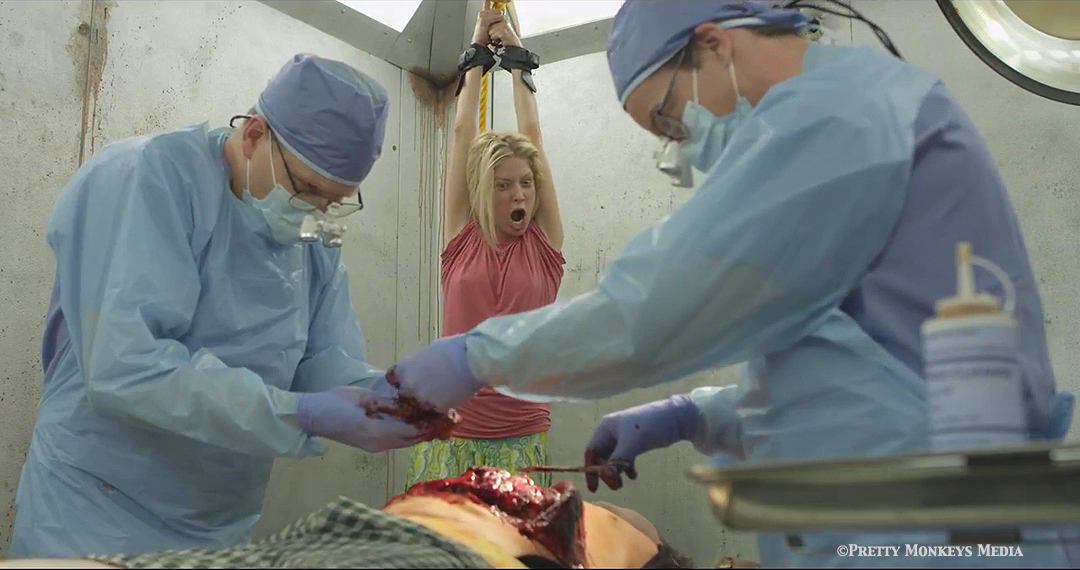 The boys have obviously been living like this for years, hiding out and killing people for the money to survive. Corey never graduated out of med school, but he knows how to do the surgeries correctly for their purposes and teaches Jeffrey as they go along. It’s hard to say how long they would continue with their antics because, this time, they pick the wrong girl to kidnap. Cindy (Jenice Marshall) turns out to be the one patient they aren’t able to kill, and we in the audience can’t help but enjoy how she turns the operating table (pun intended) on them.

As a female, I wouldn’t normally like this type of movie. Men with power trips, nudity, rape, really graphic gore (well ok, I like the gore) — these are all things that can make me uncomfortable while watching a film. But when our paramedics pick Cindy as their next organ donor, and we watch her go from victim to kick-ass final girl, I have to admit that it’s pretty great. Jenice Marshall’s acting was stellar. She is smart and calculating. And she played a very believable med student, turned manipulating victim looking for a way to escape.

I was torn on which male lead I liked the best. Joe Bocian’s performance as Corey was terrific as an understated psychotic serial killer, his craziness just below the surface. The best part was that you could always see the angry and unstable person in his eyes. But Brian Landis Folkins’ was really outstanding as his mentally crippled brother, Jeffrey. Jeffrey seemed so sweet, defeated and vulnerable at times, and you kinda felt sorry for him, even when he was cutting up the victims. Brian brought a lot of depth to a character that could have been a parody if done wrong. 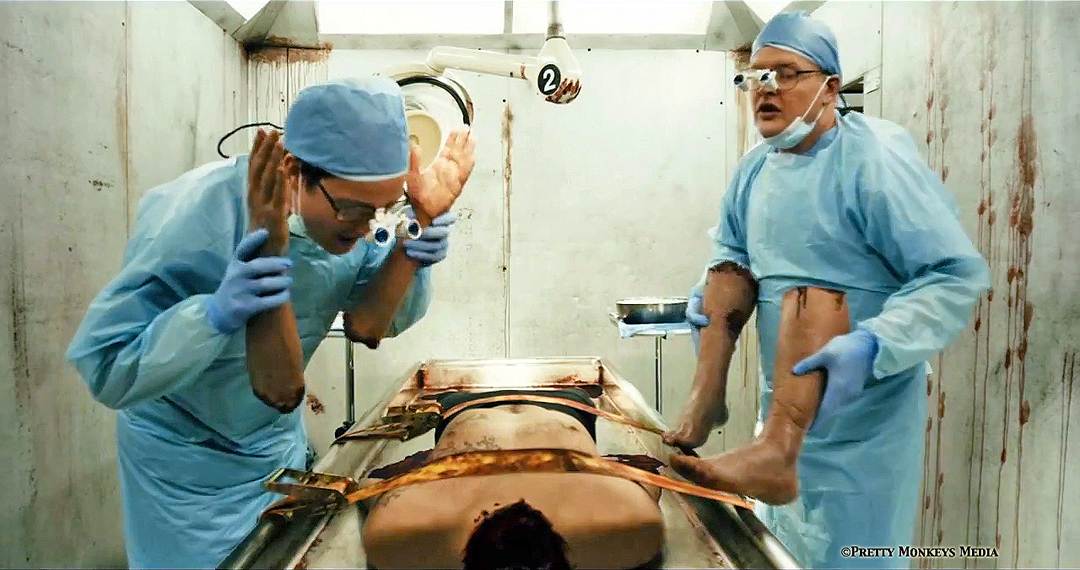 So Paramedics is a pretty great film. I got a chance to see it at Shriekfest 2016 in Los Angeles, and I understand it will be at other film festivals too. There is much more to the story… you will just have to see it for yourself. The movie is being marketed by TomCat Films/Girls and Corpses Presents. Look for it to be available in 2017. No exact details are available at the time of this writing, but more info can be found at JustCall911.com.

“A brave man is a man who dares to look the devil in the face and tell him he is the devil.”