The gold standard for remakes, David Cronenberg’s The Fly is both a masterpiece of body horror and a crowning cinematic achievement. 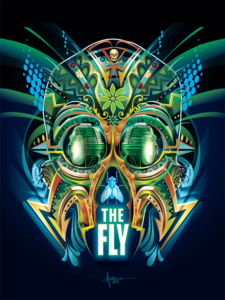 David Cronenberg. The King of Body Horror had made a name for himself with horror fans by creating a more extreme vision of horror. SCANNERS, VIDEODROME and an adaptation of Stephen King’s novel THE DEAD ZONE are all considered cult classics in their own rights. However,  it would be his next feature that would put him on a more mainstream map.

A few years prior, a duo of screenwriters were creating an updated version of the classic sci-fi/horror film THE FLY to unleash on modern audiences. 20th Century Fox liked the idea but hated the script. The writers were able to convince Fox to distribute the film if they were able to self finance — and they would find help from an unlikely source.

Mel Brooks, the man who made some of the best comedies of all time (BLAZING SADDLES, YOUNG FRANKENSTEIN, SPACEBALLS, etc) liked the direction of the script but was adamant the script needed a re-write. Cronenberg was the first choice as director, but he was attached to TOTAL RECALL and another director was sought out. 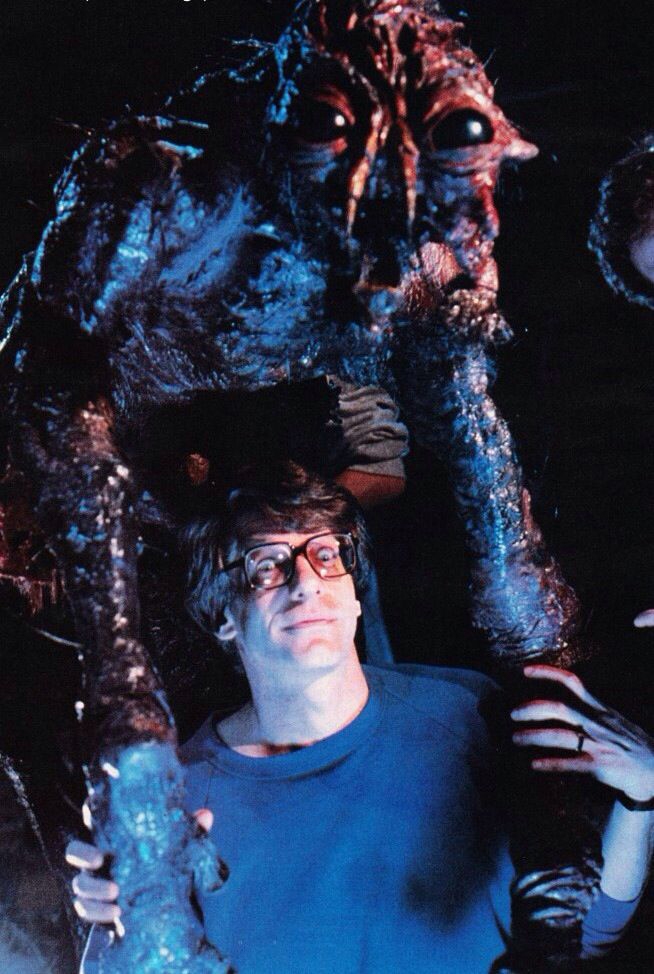 After a weird and tragic serious of events that lead to the other director dropping out due to his daughter being killed in accident, Cronenberg dropped out of TOTAL RECALL and signed up to direct THE FLY. He gave the script another re-write, and everyone was satisfied with his vision of the film. Once Jeff Goldblum and Geena Davis were cast as the leads and Chris Walas hired for the special makeup effects, filming was set to begin.

THE FLY stars Jeff Goldblum as Seth Brundle, a brilliant scientist on the verge of a massive technological breakthrough that will change mankind forever. Seth has invented teleportation pods that can transfer objects from one pod to another. Geena Davis plays the intrepid science magazine reporter Veronica “Ronnie” Quaife. 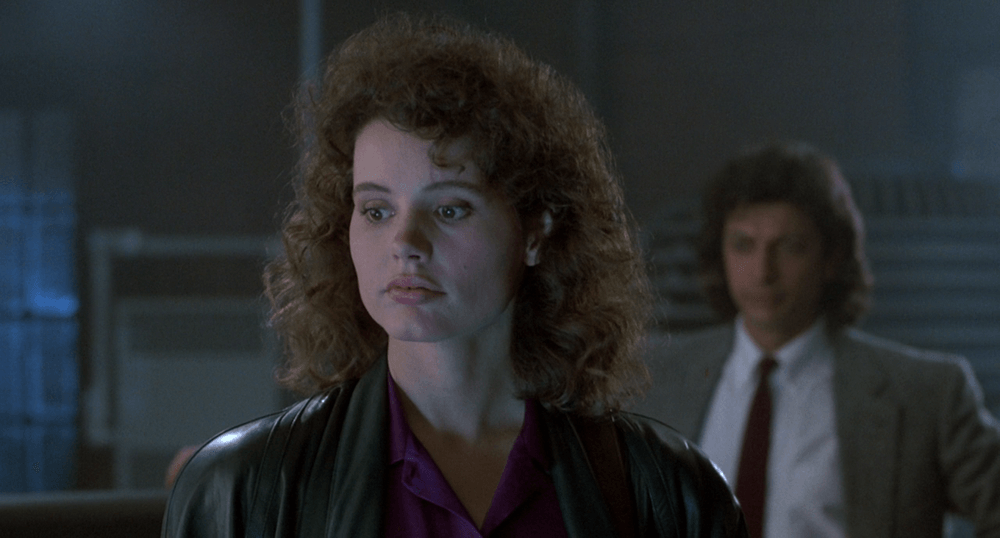 The reclusive and socially awkward Seth takes a liking to Ronnie and trusts her enough to show her his creation. After a few experiments where Seth transports inanimate objects and steak, he decides to use a baboon that results in an unfortunate death for the animal. After a little while, he finally is able to successfully transport another baboon between the pods.

Stathis Borans (played by the excellent John Getz) gets into the mix as Ronnie’s editor in chief and ex-boyfriend. Stathis, while initially jealous of Seth and Ronnie’s budding relationship, shows genuine concern for her well being. Seth begins drinking and growing angry as Ronnie is late to come to his place, believing her to be cheating with Stathis. Unbeknownst to him, Ronnie is busy buying him new clothes. 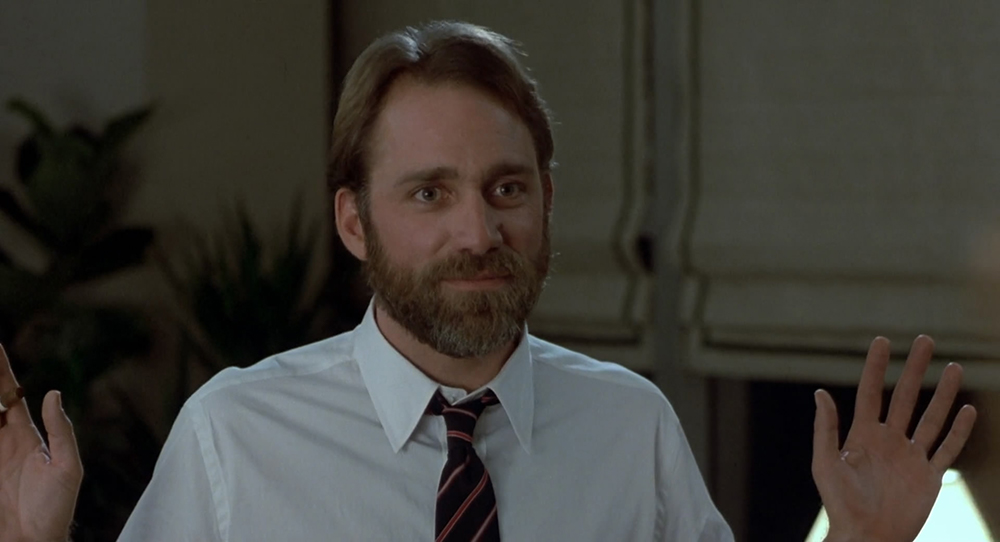 Seth decides to transport himself in the pods, which is successful. However, unknown to Seth, a housefly buzzes inside the pod just as he transports. Little does Seth know the horrifying side effects that are in store for him after his latest experiment, as he begins a metamorphosis into something far more terrifying than he ever imagined. To go any further would ruin a true masterpiece of a film.

This film is not only a cult classic with horror fans, it’s a genuinely beloved film by most critics and film buffs.

The genius of the movie lays within its simplicity, as it’s basically a tragic love story with a horror/sci-fi backdrop. Yes, the special make-up effects and gore scenes are a huge bonus, holding up surprisingly well to this day — further proof that practical beats CGI. Cronenberg keeps the pace nice and tight, while still establishing character development for his three actors.

Speaking of actors, the whole movie collapse on itself if not for the work of Davis, Getz and Goldblum, who puts the whole movie on his shoulders and runs with it. The audience never feels cheated while watching this movie, as all plot points are resolved by the finale. 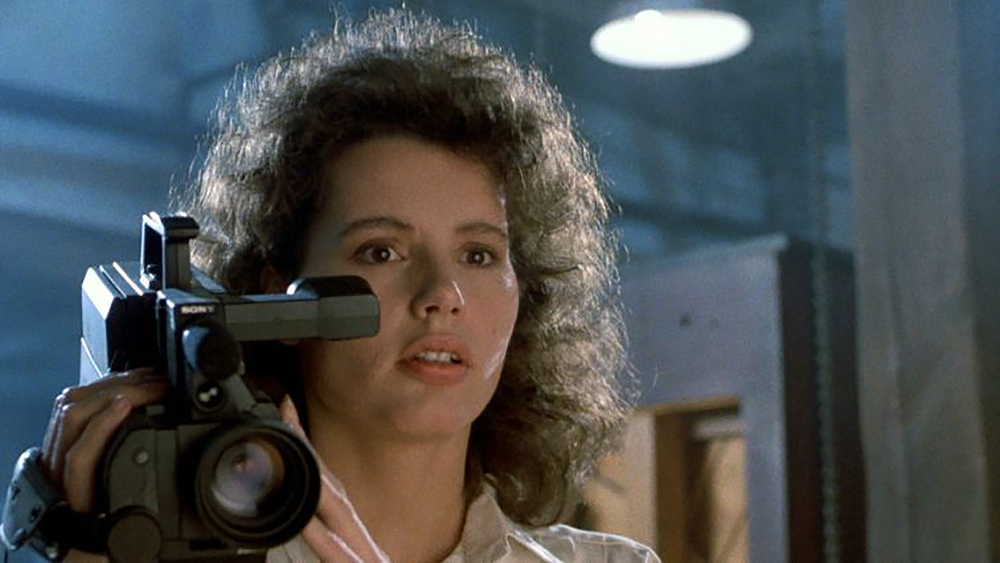 Remakes get a bad name, and none more so than horror remakes. But THE FLY is an excellent example of how a remake can actually improve upon the original. This film, along with John Carpenter’s THE THING, is widely considered the gold standard of remakes.

Side note: THE FLY did spawn a direct sequel with THE FLY 2. While it is universally hated, I feel it does add another chapter in the Brundle saga and should be viewed again as more of a second chapter than a “Part 2”. 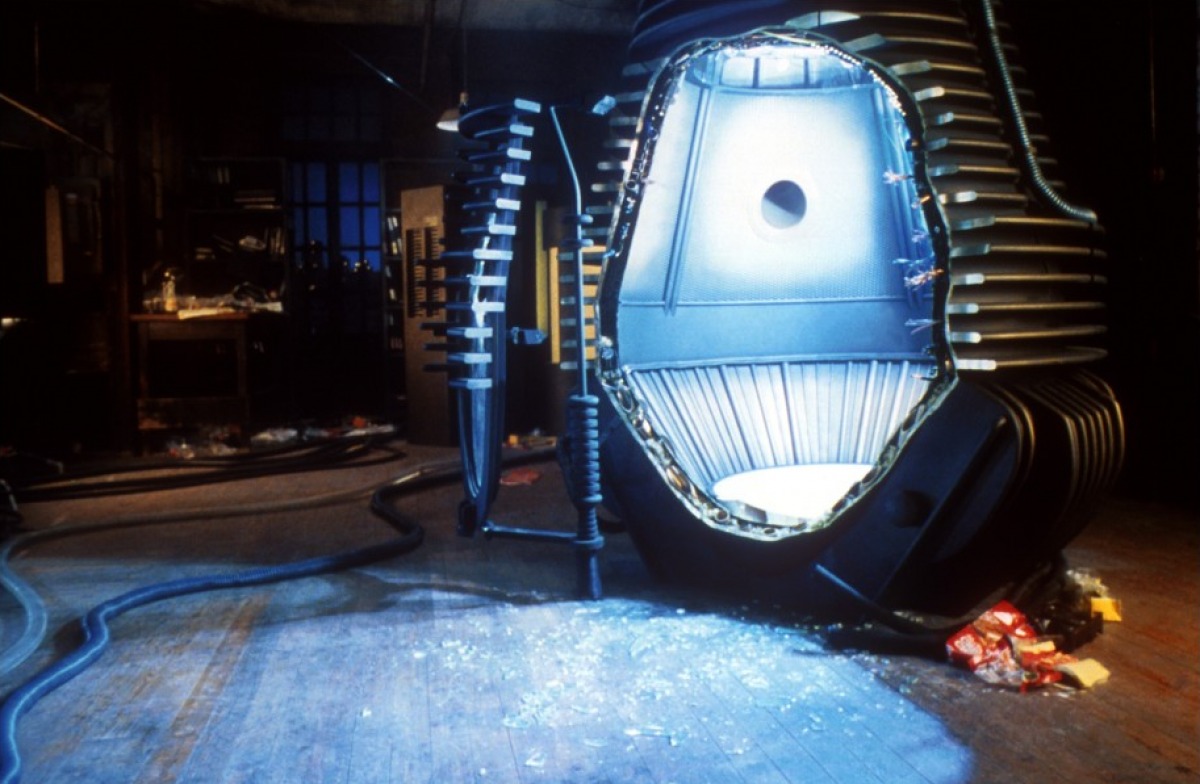 I can’t heap enough praise on this film. It’s one of the best horror films of all time, bar none!

From direction, to script, to effects and acting — this is one of the few movies I’d venture to describe as the perfect horror film. I’ve seen the movie numerous times, and I can’t find one thing wrong with it. It remains an example of horror perfection that flies head and shoulders above the rest and should be considered required viewing.