Though the story feels familiar, Brandon Cronenberg’s eagerly awaited sophomore film “Possessor” is technically spellbinding and a testament to his talent. 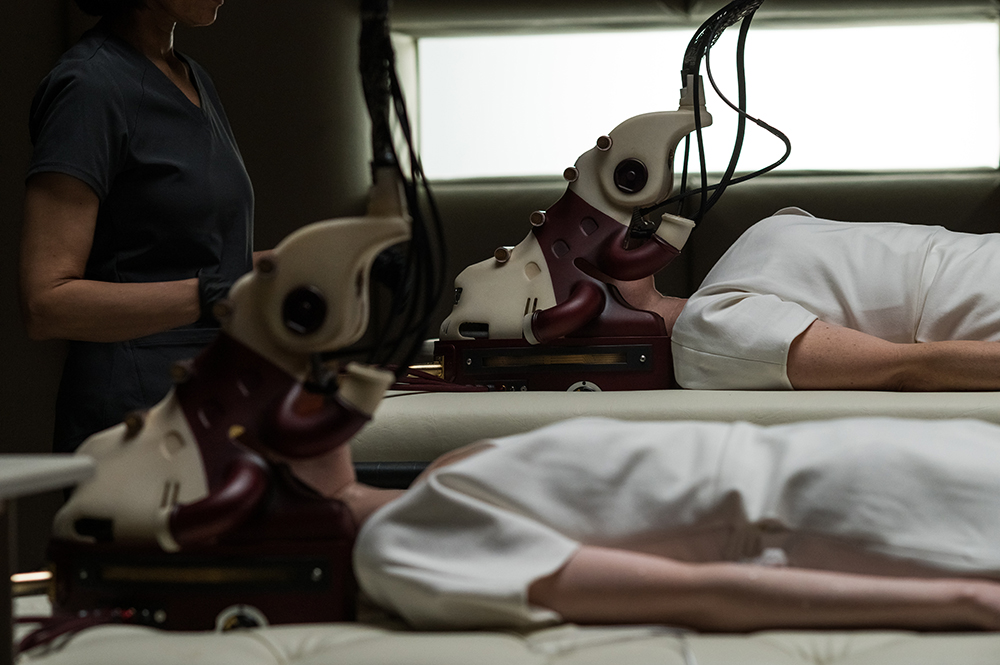 Brandon Cronenberg continues to work within the realms of science fiction and body horror in his sophomore film, Possessor. If you’re looking for a movie full of jump scares and dim lighting, you’ve come to the wrong place. Possessor is a color-saturated marvel that walks closer to another arthouse sci-fi horror, Beyond the Black Rainbow, than it does something like The Conjuring.

The plot is easy to describe, but describing it doesn’t begin to capture the scope of the film.

Tasya Vos (Andrea Riseborough, Mandy) is a corporate worker with an unfortunate job: she’s paid to enter the minds of people who have crossed her company and make them commit acts of extreme violence before killing themselves via a brain implant. But you can’t live your life killing people without it eventually taking a toll on you. Soon Taysa is overwhelmed with violent memories of the past she can’t escape when she closes her eyes.

She becomes trapped within the mind of man she’s been contracted to infiltrate, Colin Tate (Christoper Abbott, Piercing) and soon their lives blur together, forcing one identity to become dominant. 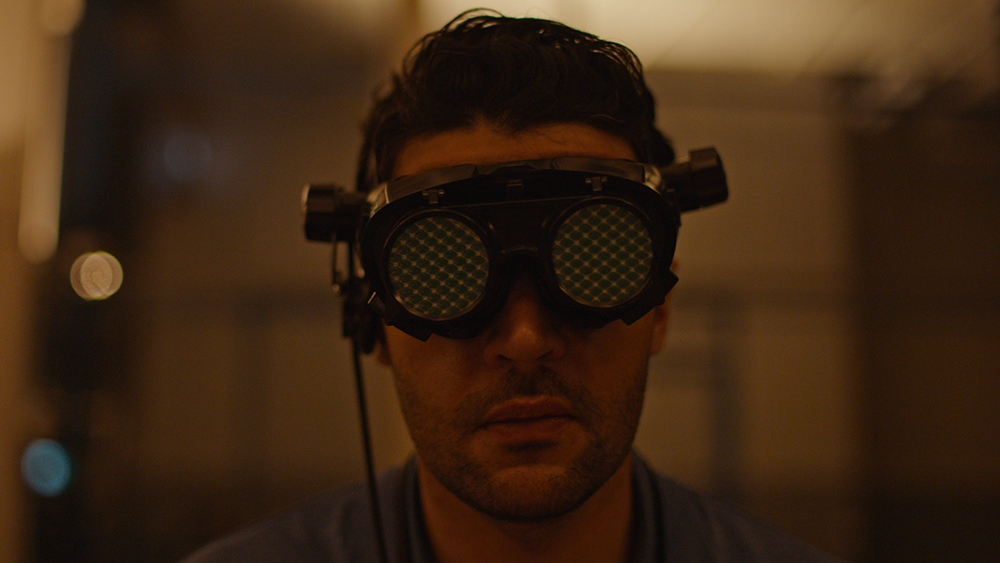 An array of colored lighting pallets are seemingly assigned to different characters throughout the film, helping provide warmth amidst the stark white clinical atmosphere where Tasya works.

But where the film really shines is in the weird, in-between scenes that show Tasya and Colin bleeding together. Full of prismatic effects and discordant music, these spots help raise the film above other sci-fi movies we feel we’ve seen before. The best of these moments occurs where Tasya and Colin literally melt into one another, utilizing awesome wax melting shots and clever editing techniques to make the scene look both real and surreal at the same time.

Finally, the segment that appears on the compelling poster for the film is one of the highlights in spooky arthouse imagery.

Tasya has been taken over by Colin in their joined consciousness, where he skins her face and wears it as a mask, reliving moments we saw at the beginning of the film. The face fills a void in the uncanny valley, where the simple act of watching your child sleep can become nauseating.

The gore is also a highlight for fans of the visceral, and the film gets started in spectacular fashion with an opening scene that ends in a blood bath. 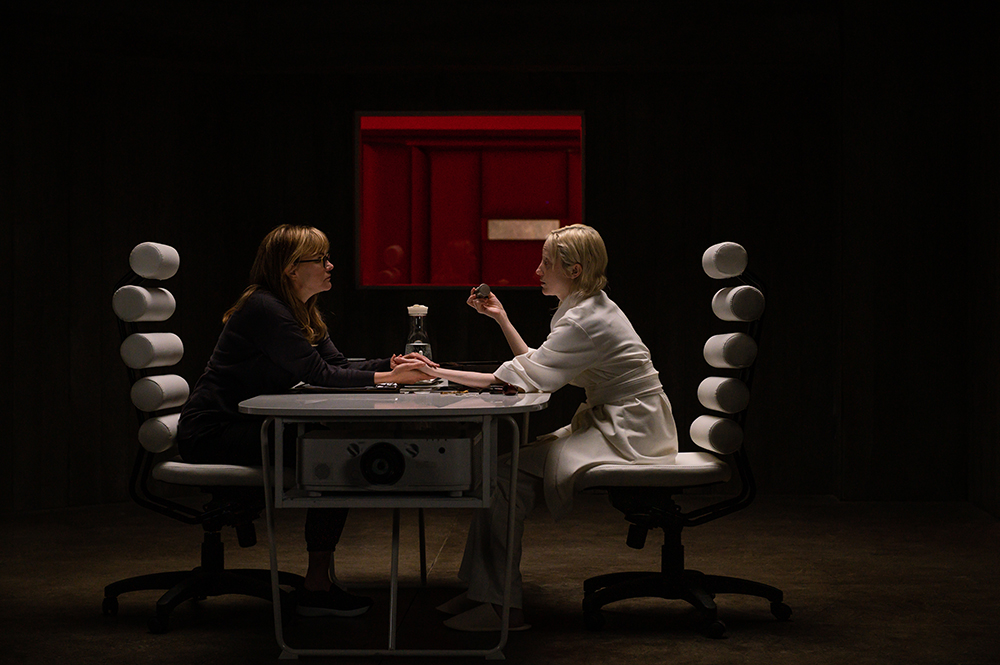 Some people in Possessor are shot, but most of the victims are stabbed. The stabbing scenes are brutal, with enough slashes put in victims to leave the walls and floor covered in blood. There’s a particularly gruesome scene with Sean Bean full of eye and mouth trauma, sure to make some of the more squeamish viewers turn their heads away from the TV.

While the film has considerable strengths — far more strengths than weaknesses in my opinion — it does falter in a few areas.

The storyline isn’t anything you haven’t seen before: scientists experiment with something that alters the mind, and someone gets stuck inside. And there are some scenes that drag so much you forget how good the scenes before it were. However, Brandon Cronenberg did go back and re-edit his debut film, Antiviral, after its release to make it tighter, so we can certainly hope for a cleaner version in the near future.

All things considering, Possessor isn’t anything mind-blowingly original, but it’s definitely worth checking out. And it’s a technically beautiful film that makes me even more excited to see what the future holds for this talented, extremely promising filmmaker.

Possessor made its Texas Premiere at the recent Fantastic Fest. NEON released Possessor Uncut in select theaters and drive ins on October 2nd and will release the film on digital and VOD on November 6th.