DARKNESS RISING is a good looking movie and ably acted by the three leads, but is ultimately let down by a poor script and even worse decisions with the movie’s score 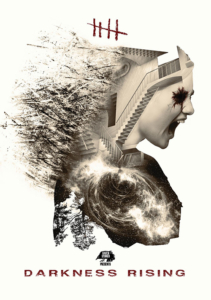 While watching DARKNESS RISING, the latest IFC Midnight release, my thoughts turned to the movie BULL DURHAM.  For those unfamiliar, BULL DURHAM is a baseball movie about a young hot-shot rookie pitcher, Ebby Calvin “Nuke” LaLoosh, and his mentor, the grizzled veteran Crash Davis. During one sequence, Nuke is pitching in a game and he wants to throw his famous blazingly fast, fastball. The catcher, Crash Davis, wants Nuke to throw a curve-ball. The players argue the merits of each pitch until Nuke says, “I want to announce my presence with authority.”

I mention this because DARKNESS RISING is a bit of a Nuke LaLoosh horror movie, trying to announce its horror presence with authority. Unfortunately, DARKNESS FALLS ends up falling flat despite its brash and loud intentions. 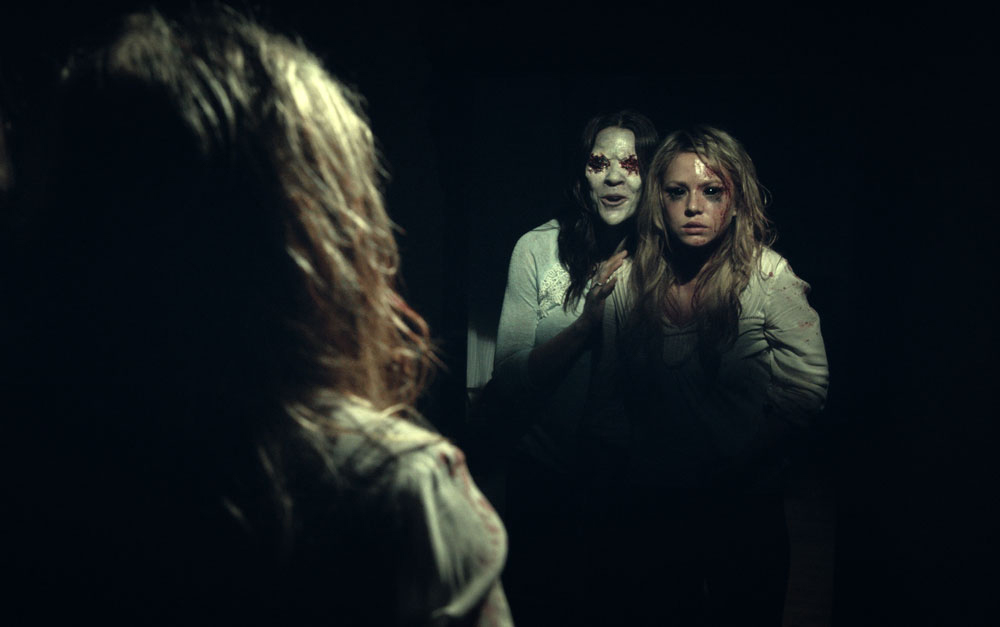 The movie set up is simple and effective. Madison (Tara Holt) returns to her abandoned family home the night before its scheduled to be demolished. When Madison was a child, her mother murdered her younger sister and attempted to kill Madison before her father stepped in and stopped the massacre. Hoping to vanquish her haunted dreams and get answers about the reasons her mother murdered her sister, Madison enlists the help of her boyfriend Jake (Bryce Johnson) and cousin Izzy (Katrina Law of “Arrow” fame) to rummage through the house for clues to the family past. What the trio learns is that not all demons from Madison’s past are in her nightmares.

Story wise, there are some logic gaps that aren’t explained well enough. For example, the demons that inhabit the house need five victims to satiate their desired needs. This started with the initial murder of Madison’s sister and the mother killed by the father to stop her from her violent episode. That’s two victims. Going on that count, Madison and her two associates entering the house would potentially be the five needed for the demons. But Madison, Jake and Izzy find out later there was a murder victim before Madison’s sister, which gives the house three previous victims before they entered the home. 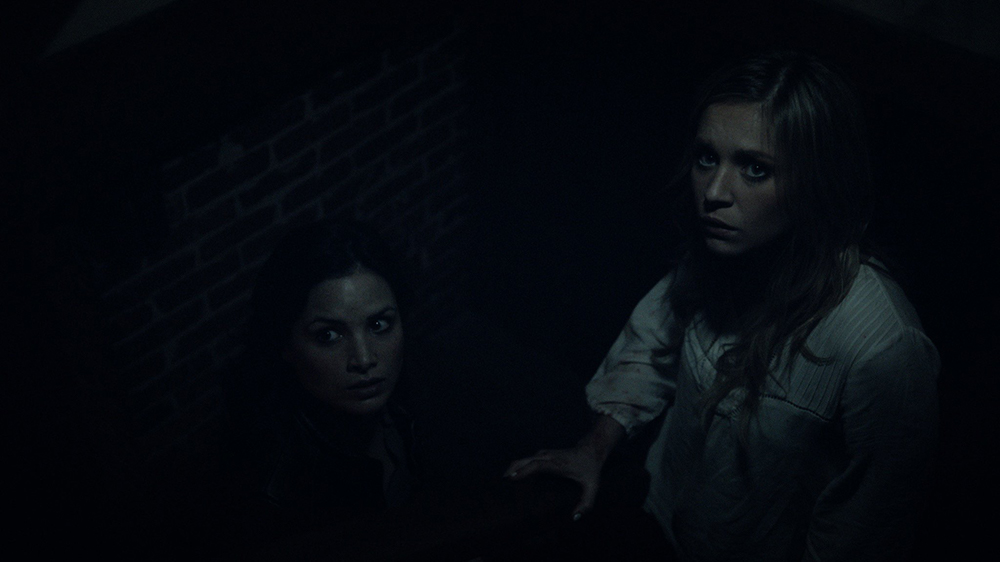 Does the house need only two of the three to be murdered? Does six ruin the plan for five dead victims, forcing the demons to start completely over from scratch and suck in a new family or the demolition team? Do the victims need to be a family at all?  It’s also made clear that the demons called specifically to Madison. This means, if she came alone and was killed, that would give the house only four victims. Did the demons know she’d bring friends with her?

As I watched DARKNESS RISING and my questions piled up, I began to feel like there were ideas in the movie that were not in the original script. As the reveals happened in the story, it felt more and more like the director and writer were saying, “Hey, wouldn’t it be cool if….” — plopping in new plot points without checking to see how the previously stated backstory was affected. 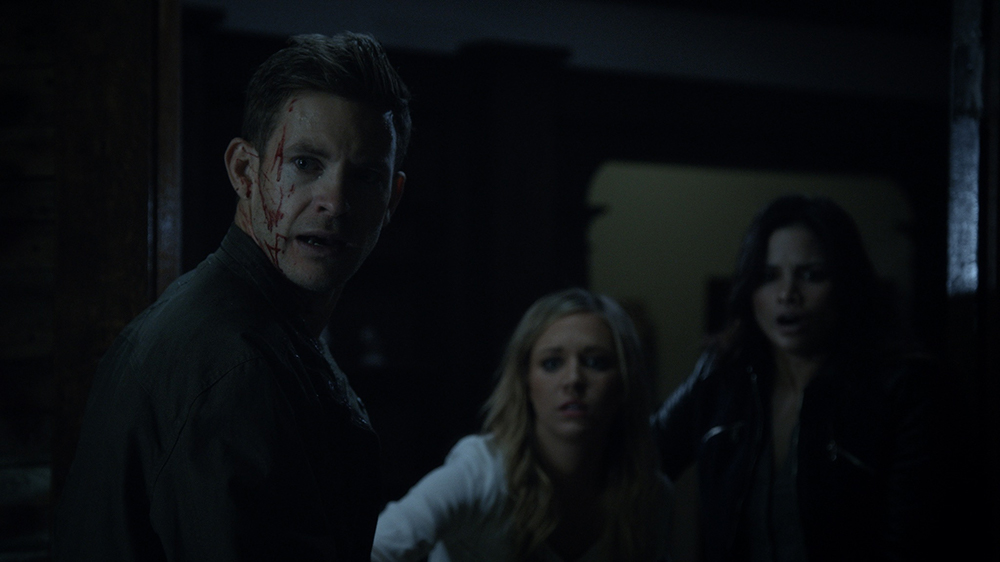 To me; however, the biggest problem was the film score.

The score is your stereotypical genre faux string based electronic score that horror fans have heard innumerable times. The problem is the placement and overuse of the dreaded jump scare strings. The music builds slowly and intensely as a character looks around a corner and then LOUD SCRATCHY STRING MUSIC as a cat jumps out, or a monster reaches out, or a ghost walks past camera.

DARKNESS RISING is not subtle as the music announces each scare to the audience like a hammer to the head. It doesn’t matter if it’s a fake out scare, a jump scare or just a creepy hand appearing from the dark, the LOUD MUSIC will let you know that something awful scary is happening. Whatever scares the movie may hold for a viewer are robbed by the film score. 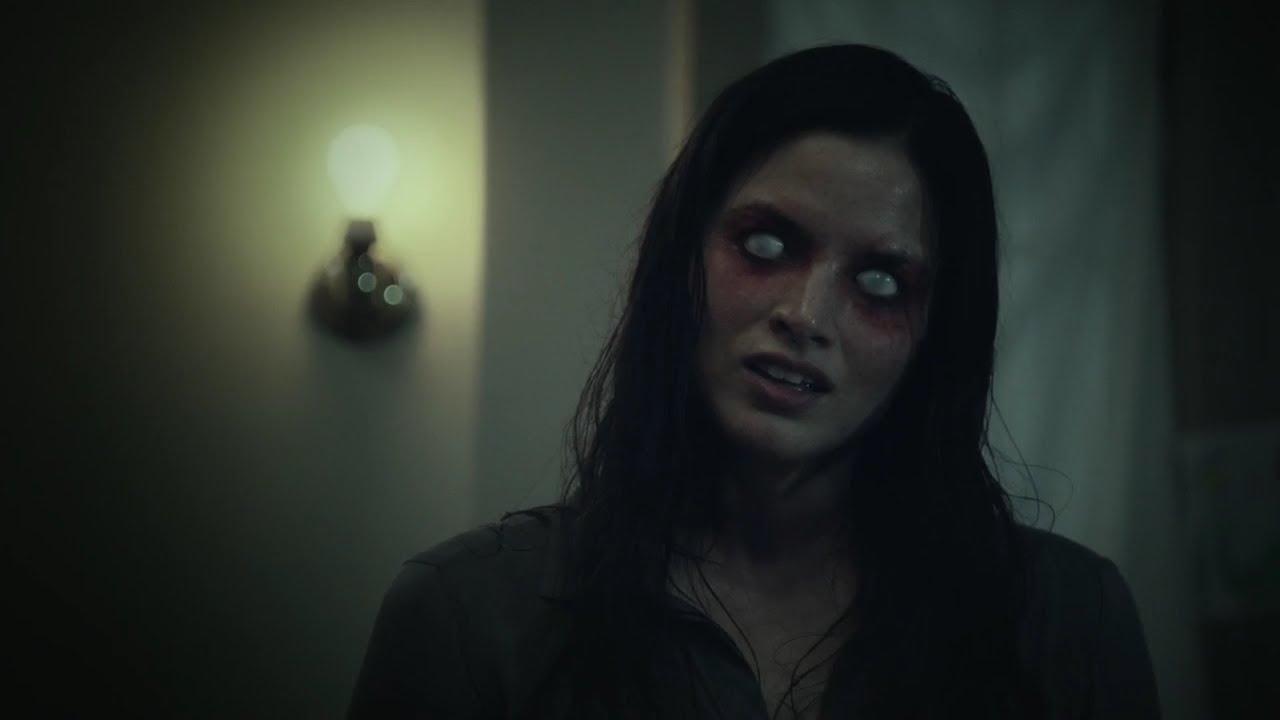 On a final note, Ted Raimi is listed as a co-star of DARKNESS RISING. His part in this film is no more than a glorified, and ultimately unimportant to the story, cameo.

DARKNESS RISING looks pretty and has some decent gags, but it ultimately fails to tell a coherent story or make the viewers care about the main characters’ fate. Most importantly, it’s not a scary film.  FC Midnight has been on a roll lately, but with DARKNESS RISING, they swing and miss on this release.