One sister is blind. The other sister is deaf. Even though this sounds like the set-up to a likely-insensitive joke, there’s no punchline here.

In director Barak Barkan’s recent release Silence & Darkness (aka Touched), we follow sisters Anna (Mina Walker) and Beth (Joan Glackin) as they live with their father (Jordan Lage) in a large house on the edge of a forest. Anna, who is completely blind, spends much of her time listening to music and composing her own songs on the guitar. Beth, who communicates through sign language as she is hard of hearing, seems to live most of her life on the patio, trying to perfect her cartwheels.

During the day, their father, a local practitioner in town, leaves the girls on their own (a fair thing to do as both of them are of age).

During his absence, they become more and more dependent on each other. Beth uses Anna’s hearing to help her learn to play an instrument. Meanwhile, Beth uses sign language to describe television shows to Anna. 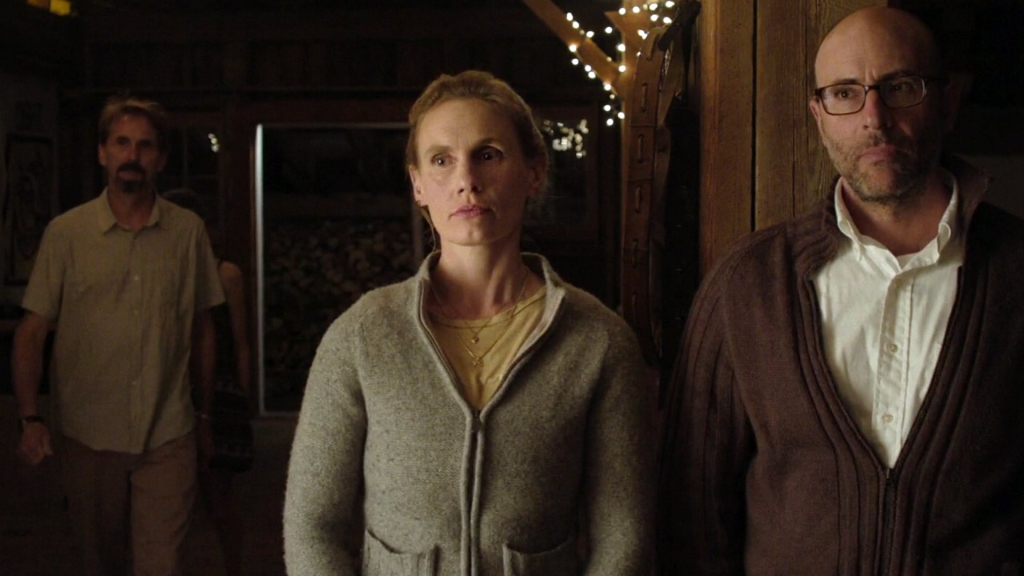 As time passes, we notice continuous strange and erratic behavior displayed by their father.

He screams at Anna when she begs him to tell them the story of their mother’s death. We discover he has a desk filled with tapes, where he keeps voice notes on Anna and Beth, spanning back to their childhood. And, at random intervals, Father gives them a shot that makes them so violently ill that they are indisposed for several days — unable to eat, speak, or even bathe themselves without the help of their father.

After a shot of some unnamed medicine that leaves both Anna and Beth in a nearly catatonic state, their neighbor, an old woman named Miss Bishop, finds a human bone on the outskirts of the family’s property. Anna overhears the conversation and begins to question everything — the shot, their mother’s death, and especially the reported bones, as she sends Beth out to find them.

When Anna’s next shot is up, things come to a head, and the sisters must work together after they realize that their father can no longer be trusted.

I really enjoyed watching Anna and Beth and the way they interacted with each other. 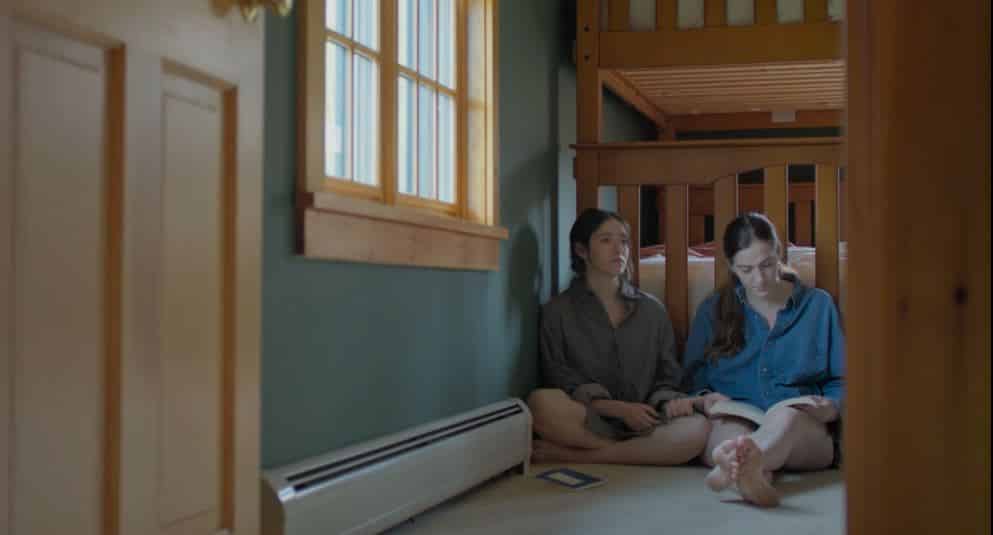 It was especially refreshing to see the family speak in mostly sign language, instead of making her use flashcards or read lips or anything silly like that (seriously, it seems like a lot of movies have some sort of aversion to ASL).

The relationship between the two girls was by far the strongest part of the film, and their respective actresses, though neither of them look alike in the slightest, pull it off so well that I could believe they were IRL sisters. Lage is also a gem as well; he takes on the ‘unassuming, mild manner father’ role so well that it is actually pretty unnerving when he flips his switch and his nice dad persona peels off like the skin of a rotten fruit.

With that being said, I wish I could say more about the film. However, there really wasn’t much else to be found in Silence & Darkness.

Granted, I can appreciate a good buildup when I see it. And, when done correctly, there’s really nothing as satisfying as the conclusion of a slow burn horror. The film has an interesting premise, sets everything up so even we, as the audience, have justifiable reason to be wary of daddy. And then when things are just getting good and everything is just falling into place, the credits are already rolling.

For lack of a better word, the film really does just sort of fart to a stop. And instead of feeling satisfied, or sad, or angry — or anything really  — at the final act of the movie, you’re left sitting there, staring at your own sweaty face reflected in the screen of your computer, wondering, “That was it? That was really it?”

There’s just so much that didn’t feel like it received a proper conclusion.

We get glimpses of a neurotic and distrustful father character from Anna’s dialogue, a far cry from the suave doctor on screen most of the time. But we don’t ever get an explanation as to why. Why did he feel the need to drug his kids? What, in fact, were even in the drugs? What was the point of the shots?

There’s also the human bone in the woods subplot that we’re treated to for a minute, but that doesn’t really reach a resolution. Unless I’m missing something crucial, we never get a definitive answer as to whether or not that was the body of their mother. We don’t even get an answer as to whether that was a human bone or not. There’s also a woman included in the plot who is enamored with the good doctor and tries to initiate coitus with him in one awkward scene, but we don’t learn anything else about her. She’s only present for the film’s ending because, well, the director needed somebody there.

I think I can best sum up Silence & Darkness by saying this: it’s got a stellar cast that unfortunately flounders with a sub-par script. Anna, Beth and their father are great, but the plot is boring, the “twist” is predictable, and, overall, this probably won’t be a movie I’ll be rewatching anytime soon.