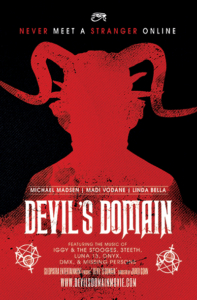 Social media can enrich our lives. It gives us a forum in which we can express ourselves, become privy to aspects of people’s lives we would otherwise be unaware of, and helps us stay in touch with others, even if we are separated by many miles.

However, social media can be used for more nefarious means; whereas, insults and taunts used to be limited to one-on-one or small group humiliations, online humiliations are very public and much more far-reaching. 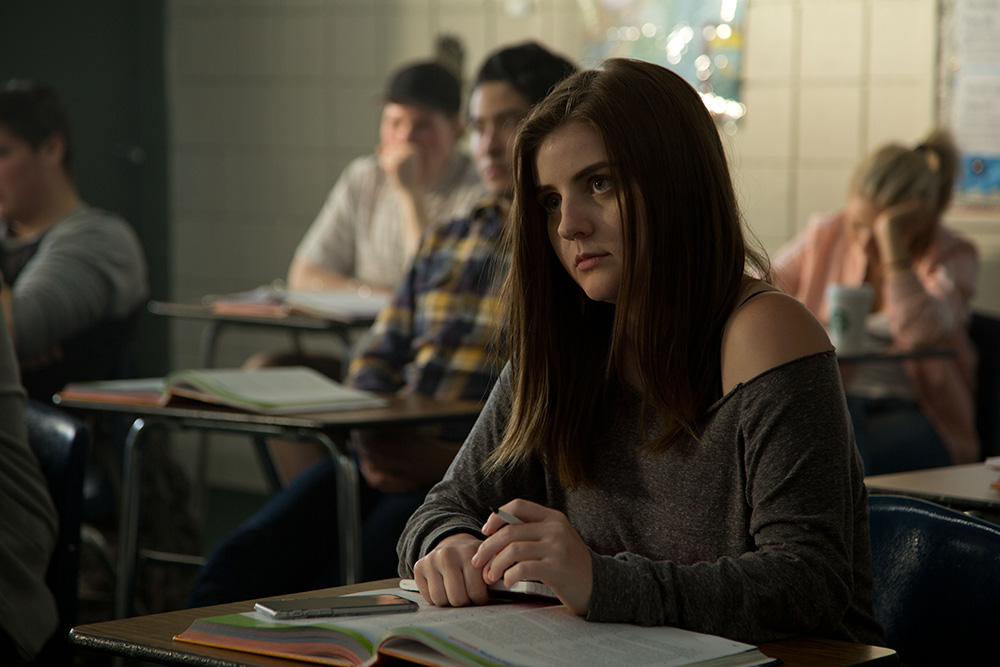 As we know all too well, online bullying has caused some people to resort to taking their own lives in order to escape the shame of public humiliation and the prospect of social ostracism. Lisa, the protagonist of The Devil’s Domain, falls victim to online bullying. But instead of taking her own life, she takes the lives of her tormentors. 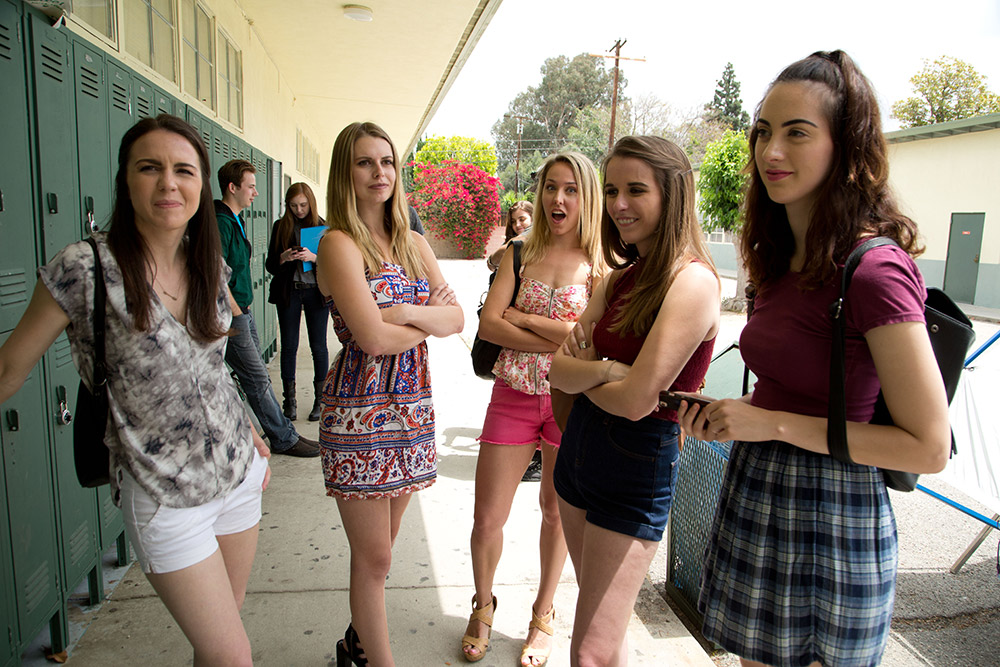 Lisa has become a social outcast at her high school because she had a misunderstanding with her best girlfriend, misinterpreting her friend’s level of emotional intimacy with the prospect of more romantic relationship. Her friend immediately rebukes Lisa’s attempt to kiss her, and from that point forward Lisa is taunted and ostracized for having expressed her lesbian interests. One former friend in particular takes the “mean girl” role to an extreme and continually metes out the worst public insults when she sees Lisa at school. 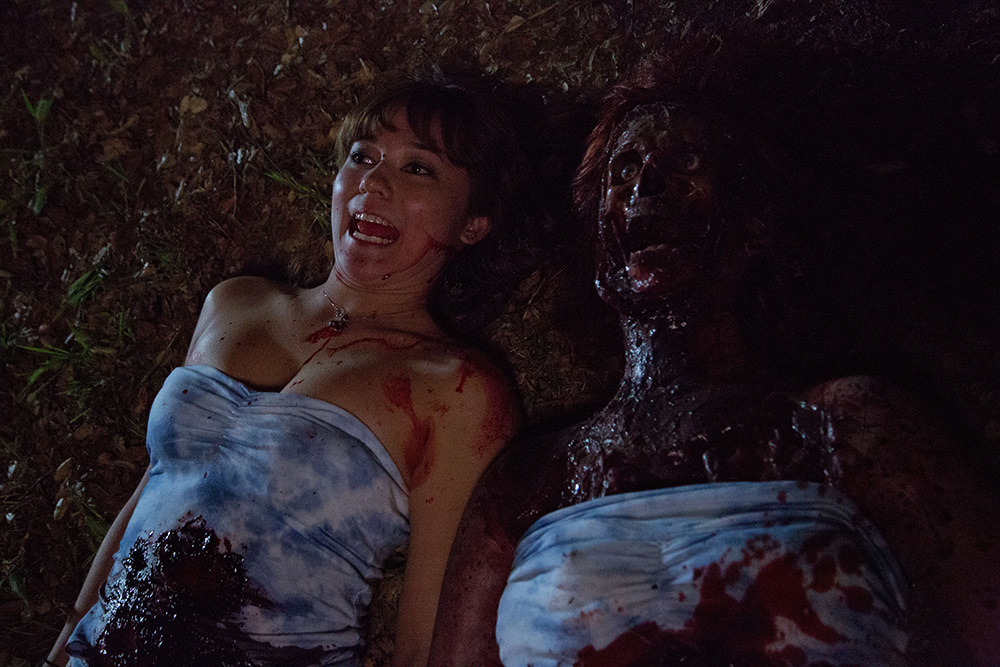 When Lisa shows up at school the next day, she discovers that she has become an unwilling celebrity, as her video has gone viral. And, like a virus, it has infected those in her school with a desire to deride and defame Lisa for her private actions. The public shaming devastates Lisa and sends her into a tailspin of confusion and anger.

Just when all seems lost, Lisa gets a video message from a mysterious woman named Destiny who empathizes with Lisa’s plight and offers to help her remedy her situation. We discover that Destiny is Satan herself, and she offers Lisa the opportunity to take revenge on her former friends — that is, if she’s willing to make a deal. While Lisa does express some apprehension, she gives in…and the wheels of revenge are set in motion. 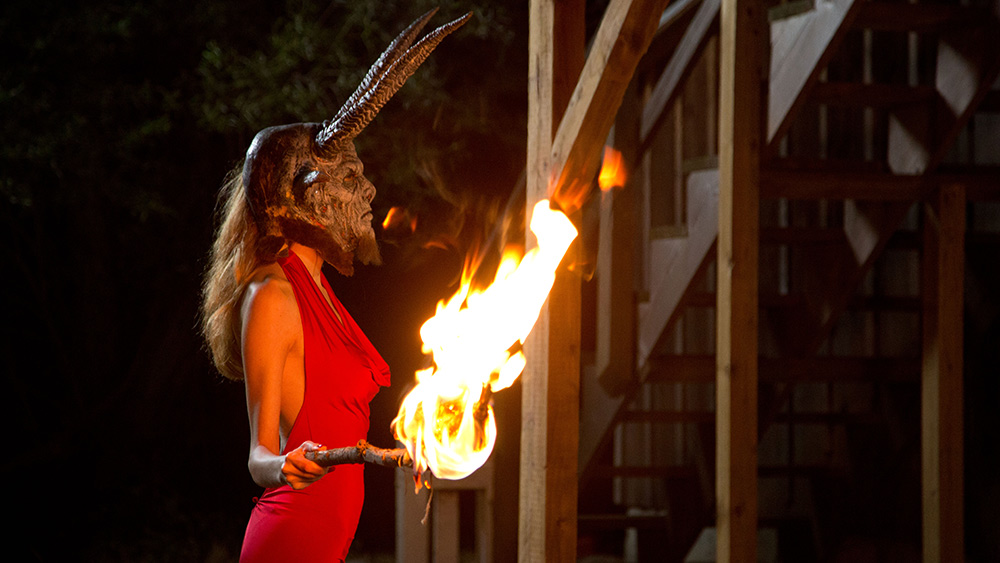 Each act of revenge is filmed and posted online, turning the tables on Lisa’s tormentors. While there is an obvious satisfaction to these retributive acts, Lisa quickly comes to regret her decision as things become more violent and result in the deaths of her former friends in ever more gruesome ways. Of course, we all know you cannot renege on a deal that you make with the devil, and the deal ultimately results in consequences unforeseen and unimagined by Lisa.

THE DEVIL’S DOMAIN is ably directed by Jared Cohen (LITTLE DEAD ROTTING HOOD), relying mostly on darkly-lit interior shots and many nighttime scenes, which helps further the dark tone. There are some decent practical effects, from one character taking a chainsaw to the face and chest to another having her limbs separated at the joints. The most impressive special effect makeup job involves Satan in her natural demonic state, looking reptilian and foreboding. 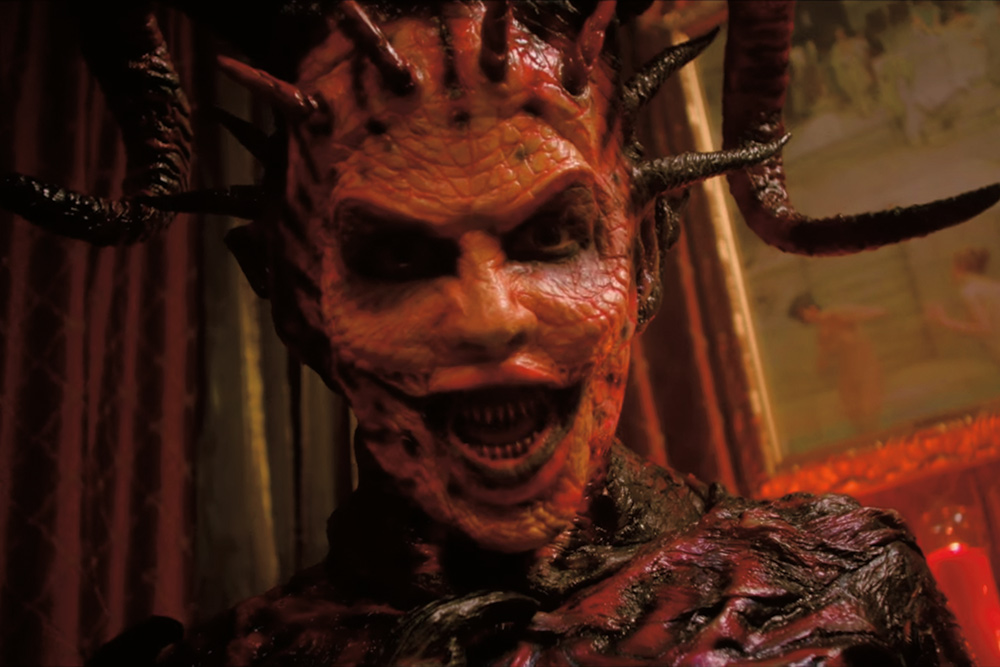 There is a plethora of music; in one nighttime party scene, the 90’s rap group Onyx performs their hit song “Slam”. This was an interesting choice, as their appearance adds nothing to the film, but I could imagine drained the budget a bit. Perhaps they could have spent the money on more extensive set pieces, in particular Satan’s lair, which Destiny dubs the “dark side”. This amounts to nothing more than a small, poorly-lit claustrophobic house adorned with some cheap-looking statues, one of which bleeds from the eyes at one point.

The acting in The Devil’s Domain is both the strength and weakness of this film. Lisa, played by Madi Vodane, gives a convincing performance as a teenager trying desperately to cope with undue social pressures, though in ultimately unconventional ways. 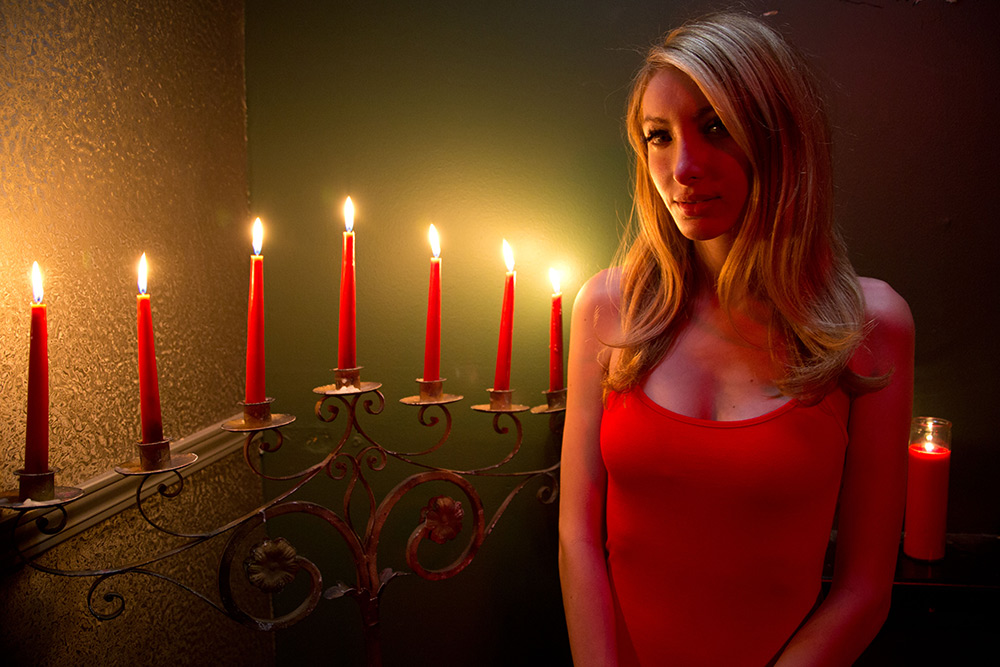 At times her character’s actions strain credulity, but one can chalk that up to poor writing more so than to bad acting. Another notable performance is delivered by Michael Madsen (of Reservoir Dogs fame) as Lisa’s stepfather. Granted, Madsen is pretty much playing himself, as he does in all of his roles, but he comes off as believable as a concerned parent who wants to support his troubled stepdaughter.

Unfortunately, the weakest performance is delivered by Linda Bella who portrays Destiny/Satan. Someone playing the “dark lord” should have a certain level of gravitas, which she just doesn’t possess. She delivers her lines in a stilted manner that sounds more like recitation than natural speech, which is probably due in large part to the fact that she was born and raised in France and is trying to suppress her accent. Her acting itself is stiff and unnatural, which clashes with the more nuanced performance of  Vodane. 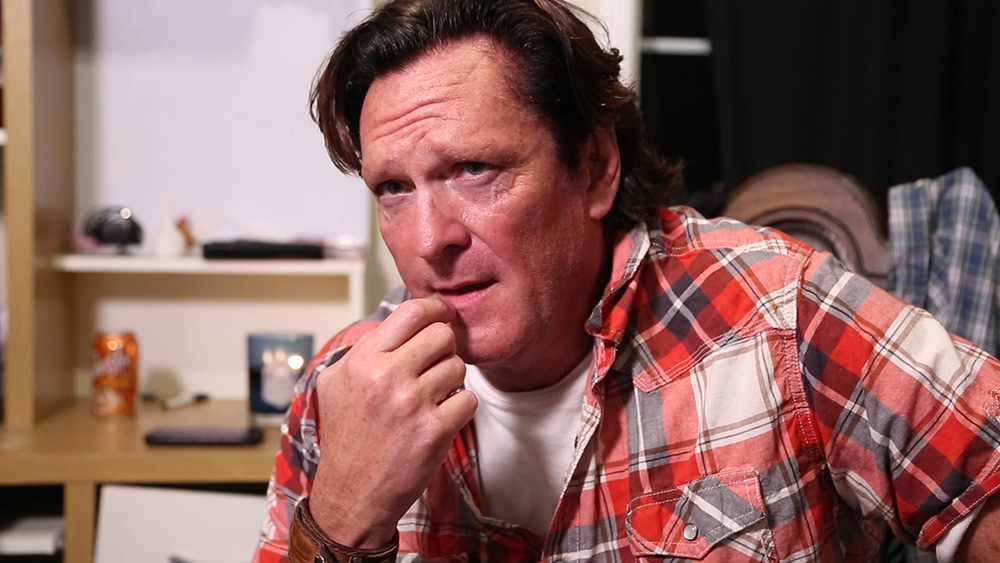 Overall, The Devil’s Domain has a solid premise, but uneven writing and some poor acting performances ultimately make this a difficult watch.

The film is now available to rent on VOD and for purchase on blu-ray (July 17 release date).

Written by “The Black Cat”