“Deadsight” is a unique, chilling and enjoyable take on the zombie apocalypse genre; a film whose strengths far outshine its weaknesses. 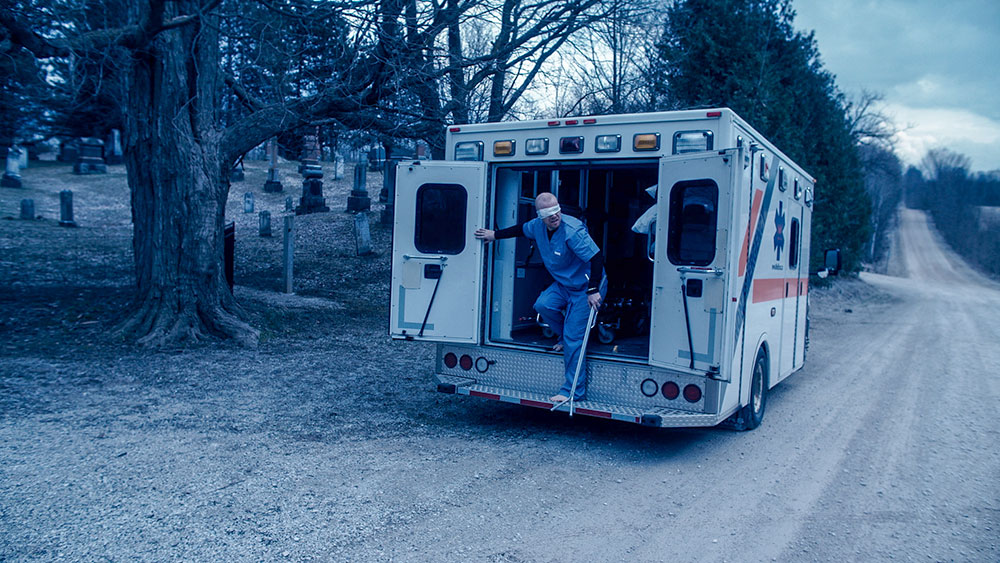 Director Jesse Thomas Cook brings us an unusual pair of apocalyptic survivors who are thrown into the disaster with no warning and manage better than most of the people around them. One being close to blind and one so pregnant that you fear the baby could come any second, makes them a team that you can’t help but cheer for.

Zombies, zombies and more zombies. Most people feel like the zombie genre has been done to death (pun intended). But my love of zombies runs deep; I mean I go by the nom de plume L.A. Zombie Girl! I love a good zombie film, and I actually adore many of the ones considered by some people to be terrible.

The new film Deadsight got my interest peaked by one unique thing — the two protagonists are about as weak as it gets. 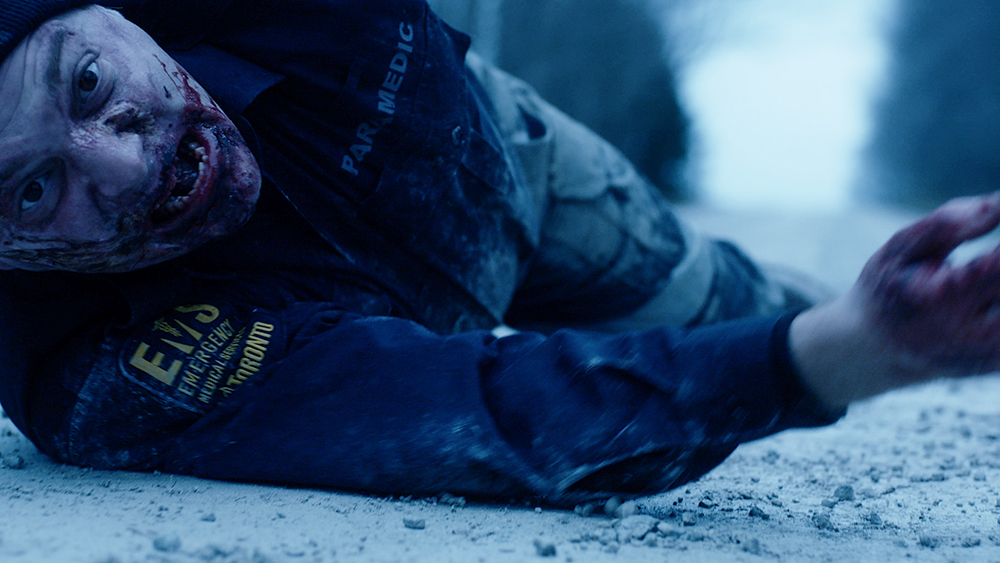 Both must work to take care of each other through a confusing apocalyptic world, while not even knowing why it happened.

The film starts with a man named Ben (Adam Seybold) handcuffed to a gurney in an ambulance, with bandages wrapped around his eyes. Alone and terrified, he frees himself to a point. And using the part of the bed he is still attached to as a cane, he wanders off hoping to find help. Help is not there — only an out of focus world, blurry memories of how he got there, and people who he figures out quickly want to kill him.

The other player in the decaying world is a very, very pregnant policewoman, Mara (Liv Collins). Out on a call, her police car is stolen by a very sick woman, who doesn’t seem to be affected by being shot. Mara is then left to wander around trying to access the situation. 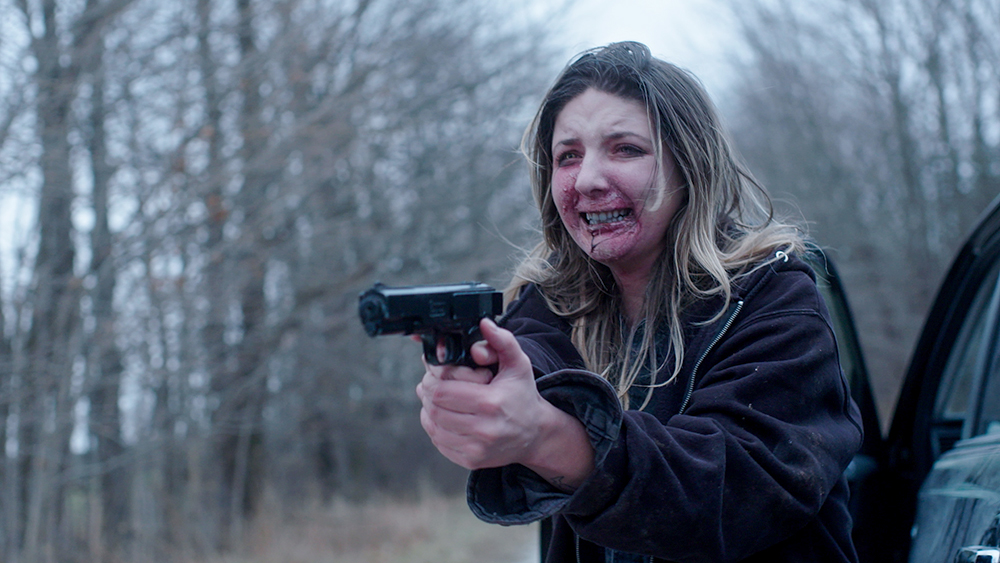 She eventually happens on the same remote house that Ben found. And together this oddest of couples tries to figure out and survive this violent new world.

Since this is a pretty straightforward, simple zombie movie (except for the difference in our leads), I will just share my basic thoughts on the film. And I’ll refrain from spoiling the twists in the storyline. 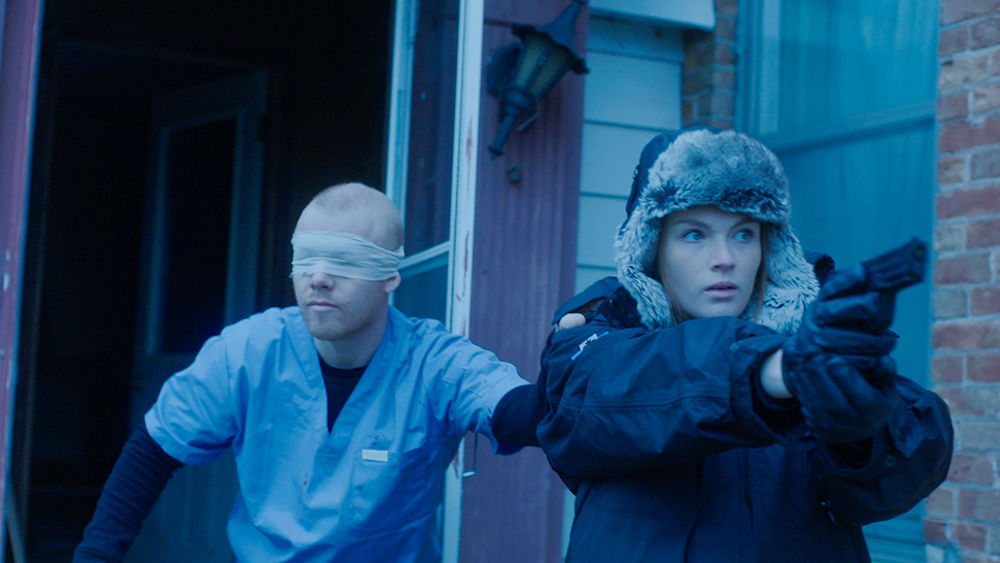 Even though at first they were wary of each other, the comraderie of Ben and Mara was wonderful. She rightfully doubted him as an OK guy at first: She is a cop, and he had handcuffs dangling from his wrist. When they got past that, it was all about survival. And the goal was to reach the ambulance he originally found himself in. They were perfect as a team, and I thought their acting was top notch.

Because we as the audience could see the zombies before Ben could, that built a lot of tension. So, when he had to defend himself, it was very fast-paced and exciting. I found myself really caring about them both and hoping there was some way in this zombie hell they could both get out alive. For all their weaknesses, they complemented each other.

I loved the locations. 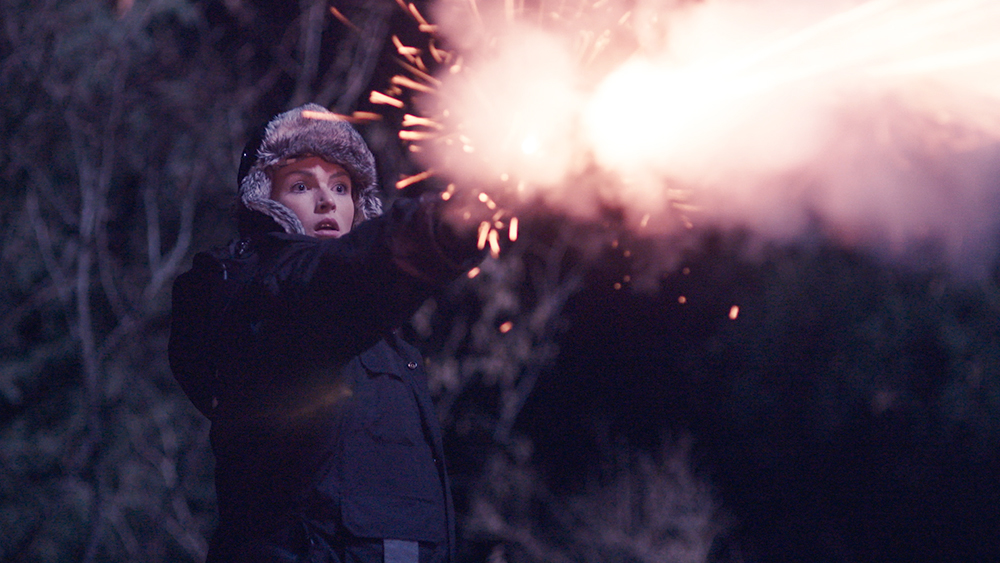 The house they were holed up in, the ambulance, a really grody mobile home and the industrial location towards the end. All were great finds and used well. Sometimes sets in low budget zombie films really look fake. These locations looked awesome!

Even though the tone of the film was very serious, there was a bit of humor in many of the conversations — and from some of the other folks almost ready to turn into zombies. These characters were entertaining and added to the fun. Just the irony of the two weakest characters being the survivors was a bit funny. 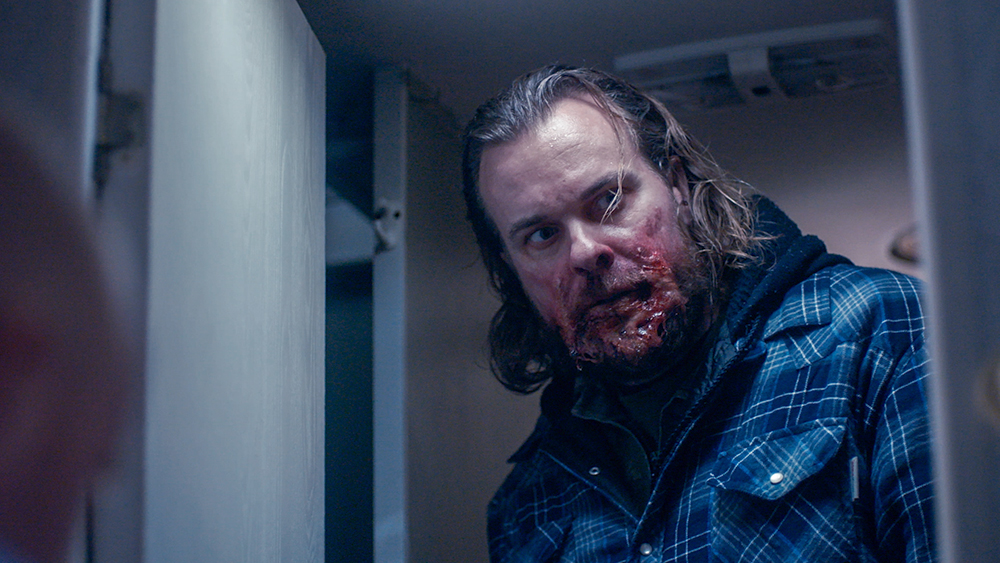 What I also took as funny and kind of a poke at the zombie genre as a whole was the fact that every single time they got a useful weapon in their hands, like a hatchet, they used it once and dropped it. I yelled “pick it up” on more than one occasion! They also left doors open or unlocked. Stop doing that, folks! Just close the damn door!

The cinematography and soundtrack.

Both of these were also on point. Without great camera work, the chase, hide, kill, escape, run, and zombie jump scares can’t work. The soundtrack was subtle, which I like better than the kind that warns you just before something is gonna happen. It really created a wonderfully creepy atmosphere that matched the cold and dreary look of the film. 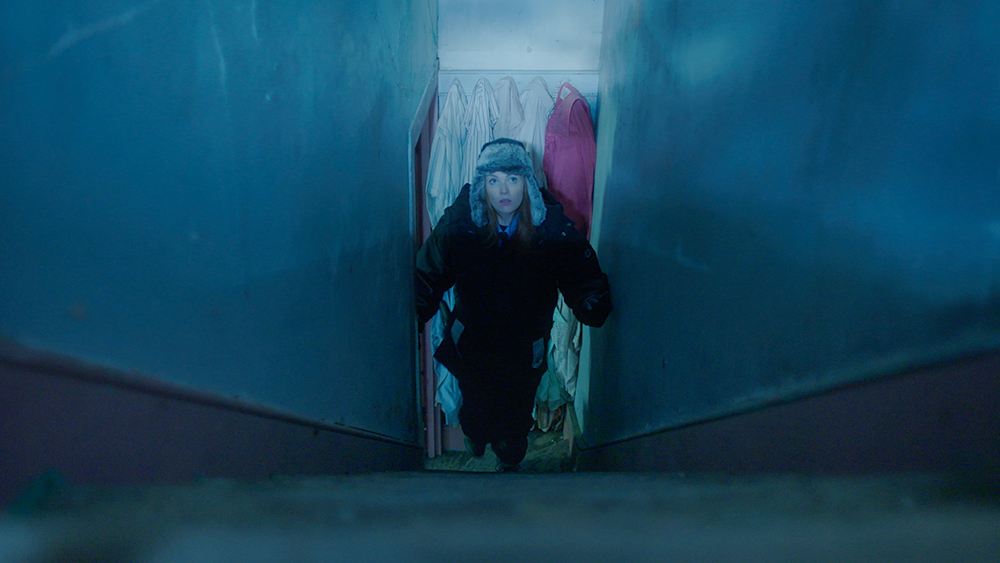 The weakest part for me was the zombie makeup. When they were just sick, it was perfectly gruesome. But when they went full-on zombie, the practical effects failed terribly. (The CG blood bursts were not too great either.) I gave it the benefit of the doubt since it was very low budget. But zombie makeup has to be on point. There is too much good stuff out there.

Deadsight is not without flaws, but the acting from both leads, the writing, cinematography, and the locations raise it into a compelling zombie film that deserves a place within the genre.

DEADSIGHT is now out on DVD, On Demand and Digital HD (as of July 2) from RLJE Films.