Vinegar Syndrome invites you to take a trip to EVIL TOWN for their latest Archive release — a would-be masterpiece that ended up a mere curiosity. 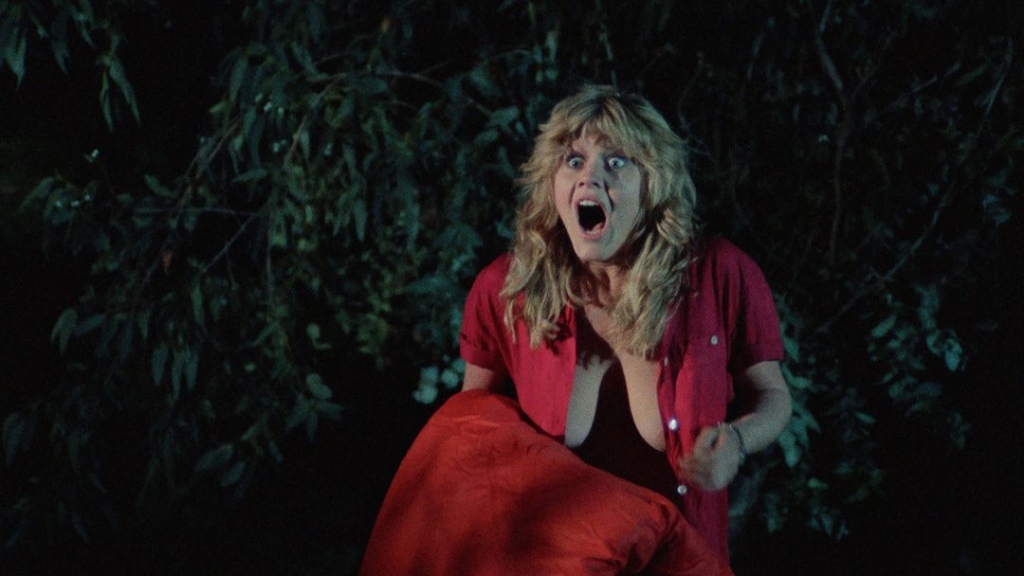 As part of Vinegar Syndrome’s halfway to Black Friday sale, the company introduced their new label: Vinegar Syndrome Archive. Their second release under their new banner is EVIL TOWN, a movie you might not have expected would have a troubled production until you watch the movie.

(Note: The first release for Vinegar Syndrome Archive was SAVAGE GARDEN, a review of this movie can be found here: https://morbidlybeautiful.com/review-savage-harbor/.)

But back to EVIL TOWN. Two couples traveling along the West Coast happen upon a small town (population 666) and learn that quaint, quiet towns sometimes have dark secrets lurking beneath the façade of ordinariness. 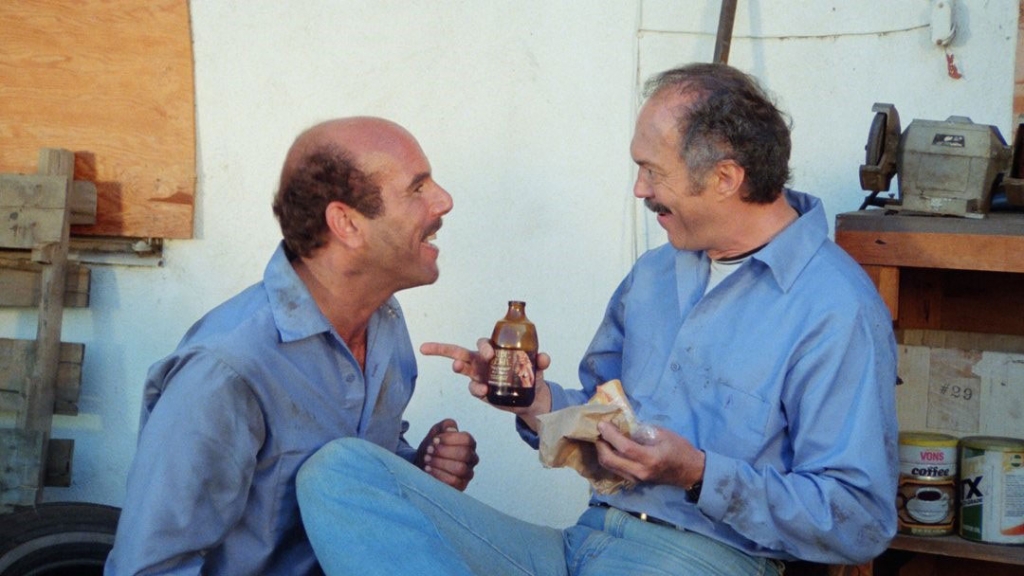 This particular town is populated, mostly, by the elderly, two henchmen mechanics, and Doctor Schaeffer (Dean Jagger), who you might call a research physician. The doctor is conducting experiments on young people who happen upon his town. They are stalked and hunted by the mechanics and used as guinea pigs in Schaeffer’s attempts to prolong life for his townspeople. His experiments, as you might have guessed, are quite ghastly.

The story behind the making of EVIL TOWN is more interesting than the actual movie.

It’s not that the movie is bad per se. But it feels like the mish-mash of behind-the-scenes talent and genres that it is. When it starts, the movie has the feel of a 1970s made-for-television movie — and then downshifts into a T&A grindhouse flick.

EVIL TOWN, for simplicity, is directed by Larry Spiegel. But he is one of four listed directors on IMDB and is one of the multiple directors listed on the back of the Vinegar Syndrome Blu-ray sleeve. 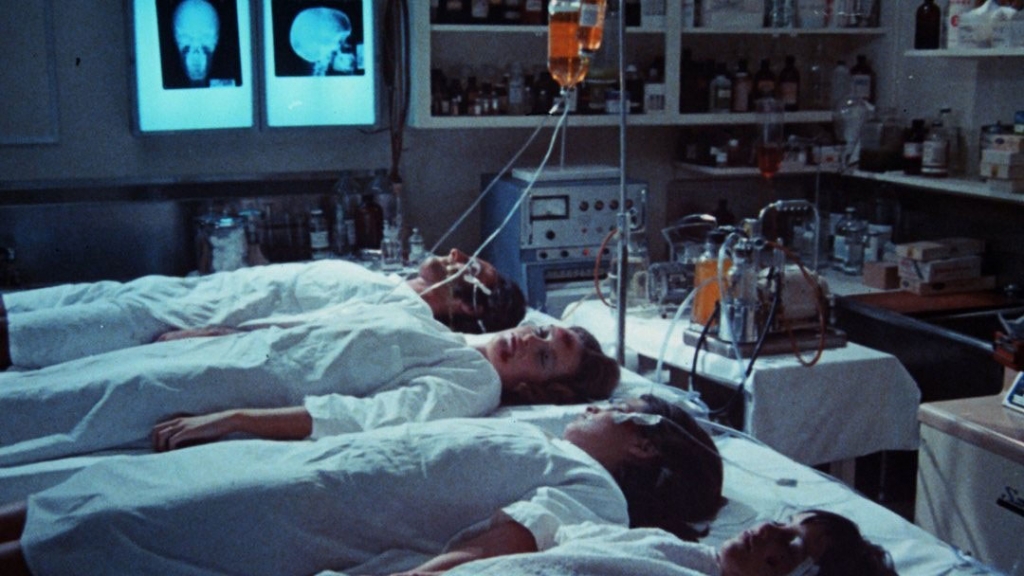 In its early production, EVIL TOWN was directed by Curtis Hanson, a name you might recognize from such movies as 8 MILE and L.A. CONFIDENTIAL. Sometime later, Hanson dropped out and Spiegel took over. When an 80s producer, Mardi Rustam, bought the rights to EVIL TOWN, he added additional scenes to the movie. Many of the new scenes he added bear a striking resemblance to another movie he produced and released in 1985, EVILS OF THE NIGHT.

Boasting a solid cast and being attached to talents like Curtis Hanson and Larry Spiegel should have been the recipe for a truly great piece of genre filmmaking. 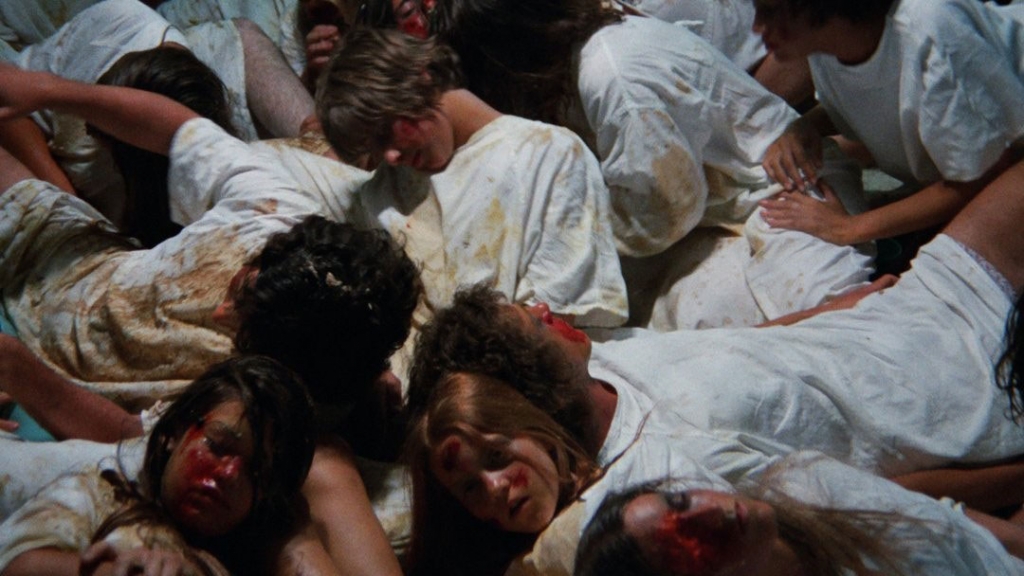 EVIL TOWN doesn’t have enough sleaze to satisfy grindhouse fans, not nearly enough horror for a movie about failed experiments on human beings to prolong life, and not enough compelling drama for this strong cast to carry the movie.

EVIL TOWN has its merits as a curiosity to film fans, but the casual fan will probably not be invested in watching this movie through to the end.

The film went through a restoration, and while I cannot compare it with any previous release of the movie, the picture on this release is very sharp and clear. The interview with Larry Spiegel runs about 30 minutes. The audio is very clear and easy to listen to. Spiegel, in this interview, goes over the making of EVIL TOWN from working with the cast and the sometimes-difficult production of the film. 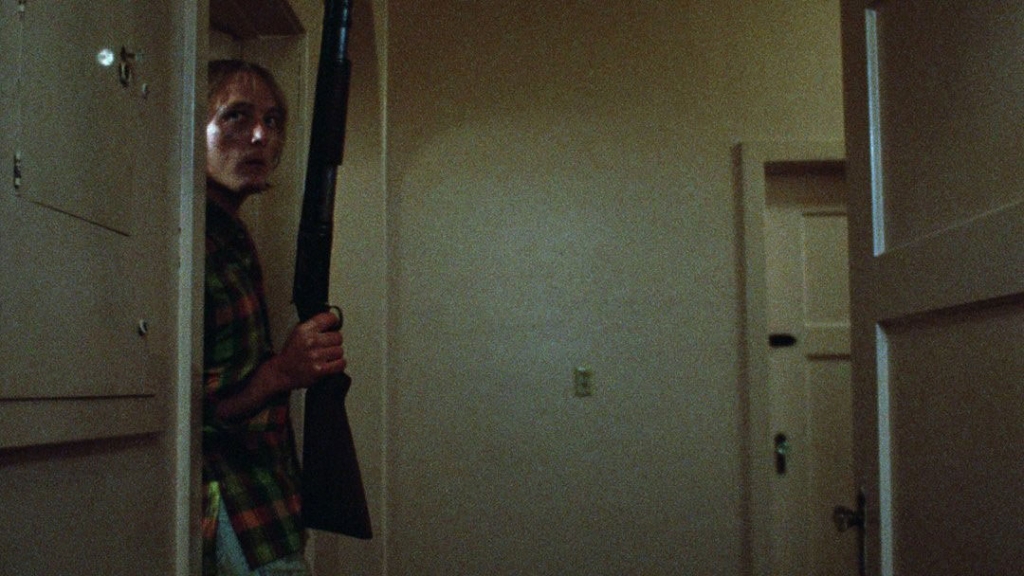 The “Compare and Contrast” feature compares EVIL TOWN scenes filmed by producer Marti Rustam for the 1985 release to his other movie, EVILS OF THE NIGHT, also released in 1985. This feature runs approximately six minutes and gives the viewer a sense that Rustam was not above giving homage his own work.

EVILS OF THE NIGHT is also available from Vinegar Syndrome. Look closely at the cover art because it features the Millennium Falcon for some unknown reason. EVILS OF THE NIGHT stars John Carradine, Tina Louise, and Julie Newmar.

For more information and to purchase EVIL TOWN, visit Vinegar Syndrome at https://vinegarsyndrome.com/products/evil-town.