Cynical and brutal, “Don’t Tell a Soul” is a black comedy thriller with great acting and a stellar ending; a strong debut from Alex McAulay.

SYNOPSIS
While stealing money to help their sick mother, teen brothers are surprised by Hamby, a security officer who chases them and falls into a well. Over the next few days, Joey and Hamby forge an uneasy relationship. Hamby tells Joey he’ll keep quiet if Joey sets him free. But Hamby holds another secret, one that will threaten Joey and his family, in this twist-filled, cat-and-mouse thriller.

While not a laugh-out-loud kind of comedy or the kind of schtick you might expect from star Rainn Wilson (The Office), this film takes an extremely dark comic turn. 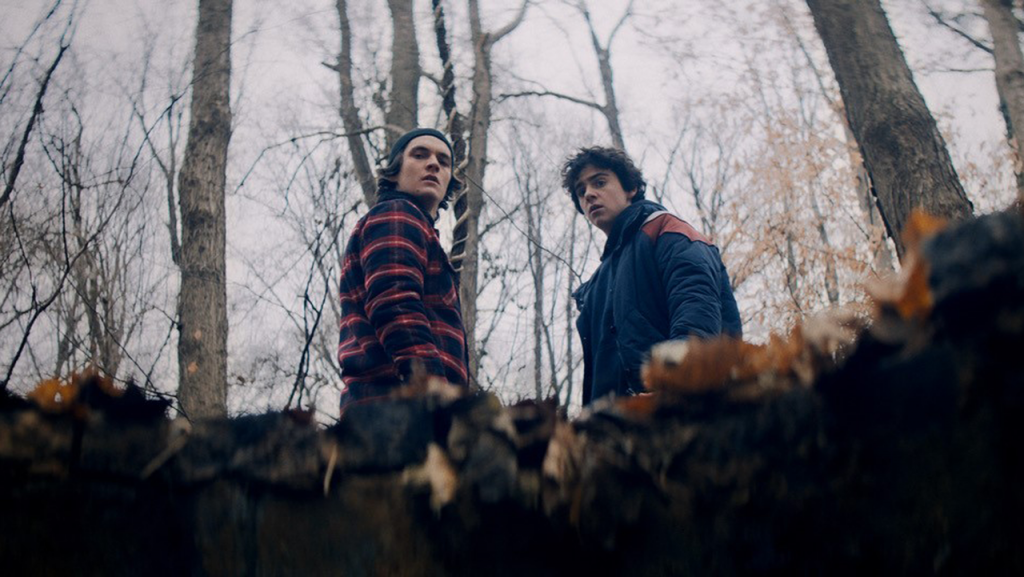 Toxic masculinity is the name of the game in the dominant/submissive relationship between brothers Matt (Fion Whitehead) and Joey (Jack Dylan Grazer).

The film begins with Matt forcing his younger brother to help him rob an old lady’s house while it is covered with an exterminator’s tent. On their way home, with a tin box full of cash, the boys are noticed by a security guard named Hamby who gives chase. The boys split up, running through the forest, and Hamby, who doesn’t know the area, falls in what looks like an old dried-up well.

Joey immediately wants to help him get out, but Matt stops him and forces him to leave. Joey can’t just leave him there and goes back out with food and blankets to help make Hamby comfortable. An odd friendship begins, almost like father and son. Joey is a lonely, abused kid. And even though watching from the audience, we know that Hamby is not what he seems to be and is playing him, Joey gets very protective of him, wanting to save him.

Like a murder mystery, there are clues being left to help us figure out who Hamby really is. 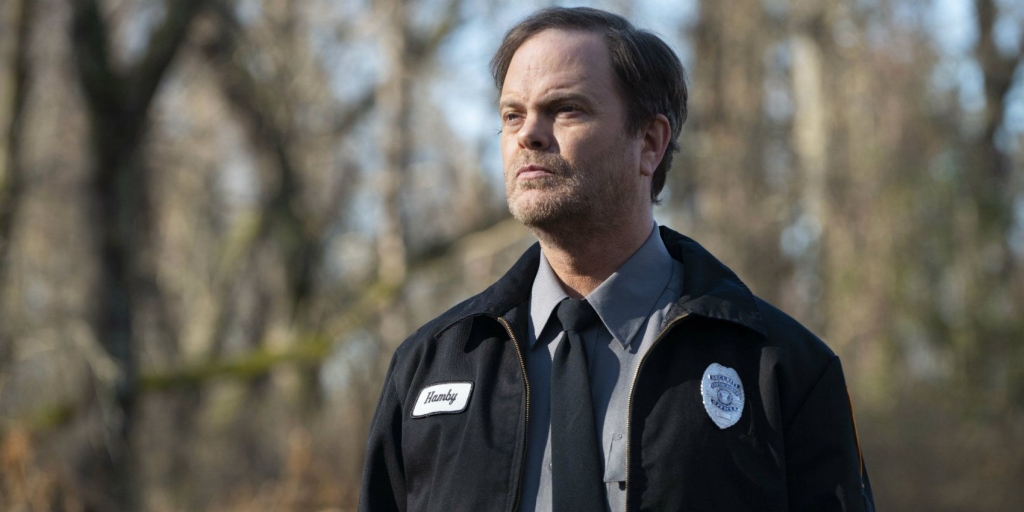 It’s interesting to see how Joey changes and gets surer of himself, even after just a couple of conversations with their captive. As a coming-of-age story, it’s very depressing, but as a thriller, it works perfectly. This unusual relationship between the captor and the captive brings out the real personality of both brothers and Hamby. Joey wants to do the right thing, even though he is afraid of his unpredictable brother.

And Hamby? Well, he is a really bad dude.

Right from the start, we know who the bully is, and it is not the naïve and sweet Joey. We learn that both boys were abused by their drunken father, who thankfully died a few years ago. Now their mother (Mena Suvari) is terminally ill with lung cancer and hooked on pain pills. She lies on the couch, watches the depressing local news, and drinks diet soda. The boys are on their own, and Matt is not much of a father figure, unless you count the fact that he is just as abusive as good ol’ dad.

Matt becomes truly terrifying when he goes from being a pushy asshole to a full-on psychopath in just a few scenes. I feared for Joey’s life. Matt’s need to dominate Joey is hard to watch.

Now granted, Joey made a mistake by following Matt and doing what he told him to do, but he didn’t feel like he had a choice. Watching him bond to an obviously manipulative Hamby, because his hatred of his own brother is growing stronger, was immensely powerful. He starts to feel like he needs Hamby as a father figure no matter who he is to help him escape from the horror that is his home life.

Some secrets are just too much to handle, and things quickly get out of control. 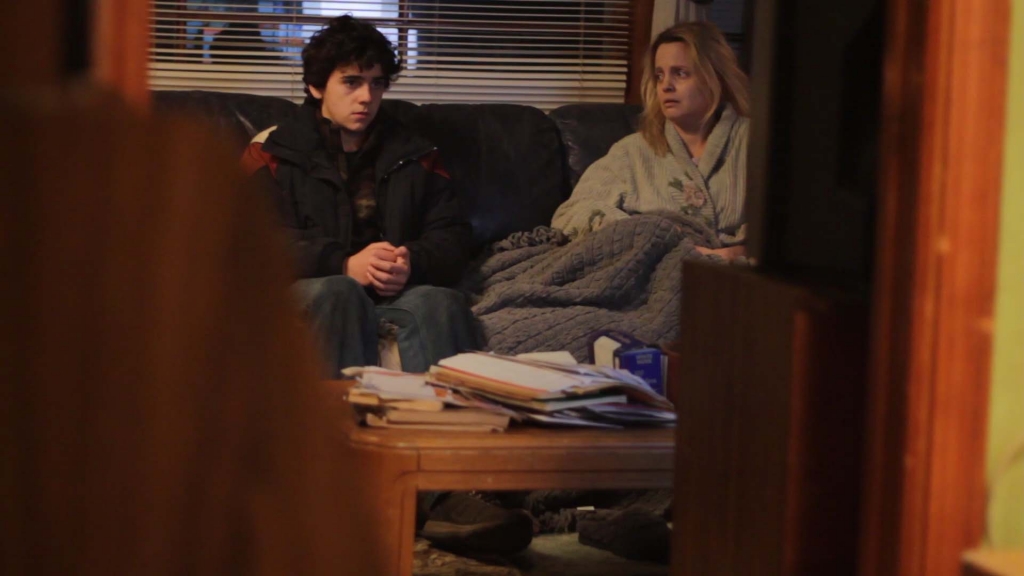 At first, Hamby seems like a lost victim, but we find out who he really is as all the dark secrets unfold.

Can Joey stand up to his brother and help Hamby without getting hurt in the process? Should he even let him out of the hole? I was on the edge of my seat, worrying about Joey and who would hurt him first. The cycle of abuse in this family had left Joey submissive to the point of being like a Stockholm syndrome victim. He was dying to have a strong male to look up to.

What makes this film work so well though, is the stellar acting from all. I believed this sad and broken family, and I really hated both Matt and Hamby and felt sorry for Joey and his mom. I’m a big fan of all four actors portraying the main characters; they were perfect for their roles.

When we got to the end, I was completely surprised.

The film had gotten so “an eye for an eye” with Joey, that I was excited when the violence comes from another surprise direction. The film has incredibly solid characters and amazing twists that work despite all the brutality. While not a perfect film, I think there is enough that feels believable because of the amazing performances from the experienced, but underrated actors. This is also a terrific directorial debut for Alex McAulay.

A character-based, psychological thriller with some very dysfunctional people, “Don’t Tell a Soul” is a must-see! Incredible acting, interesting plot twists, along with an examination of toxic masculinity that will leave you thinking long after it’s over; it all makes for a very cool film!

Don’t Tell a Soul was released on VOD January 15, 2021. You can also find it now on Blu-ray and DVD from Lionsgate.