With his feature film debut, director Emir Ezwan has delivered a chilling vision of horror and proved he is undoubtedly a filmmaker to watch. 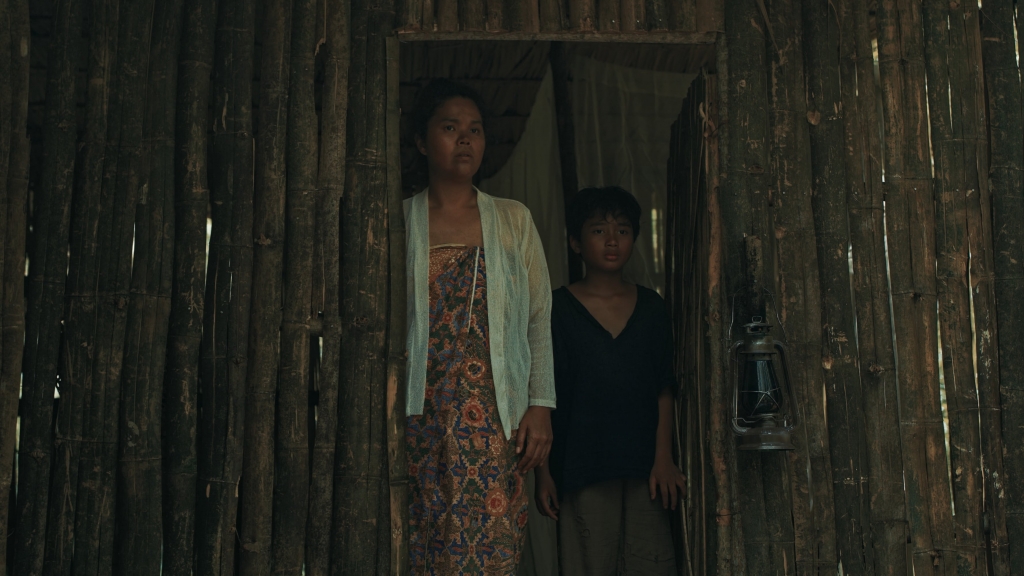 Malaysia’s official submission for the Best International Feature Film category at the 93rd Academy Awards in 2021, Roh (Soul) is an unequivocal masterpiece of horror crafted by a true auteur in the making.

Roh is a simple, yet incredibly effective film with a deceptively unassuming premise.

The film centers on Mak, a young widow, and her two children, Along and Angah, who are living a peaceful and secluded life in a small and modest hut deep in the jungle. One day, the two children encounter a strange little girl covered in mud and blood.

They take the girl in. But after her arrival, unspeakable horrors begin to affect the family, and they must quickly unsolve the gruesome mystery behind this peculiar girl.

The first thing that one will notice about Roh is its stunningly beautiful cinematography that does wonders to establish the film’s eerie atmosphere.

Roh is a very atmospheric film and one of those slow-burn horror movies that takes its time to envelop the viewer in its world. 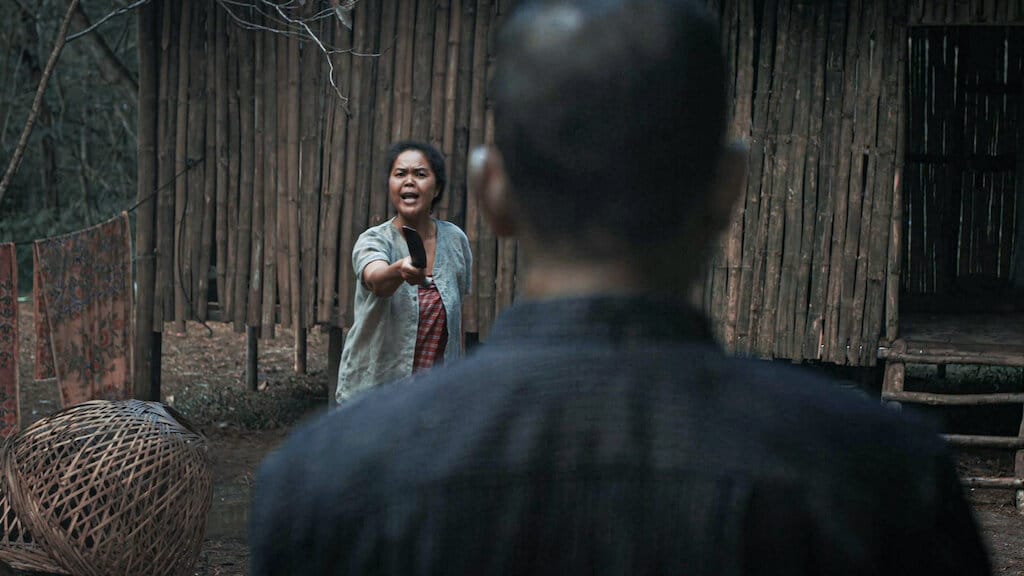 But never fear, the film does not fail to shock with its brutally disturbing violence. In fact, Roh is positively terrifying, and I don’t give many modern horror films such a label.

Roh is rich with incredible performances, especially from the child actors who make up exactly half of the film’s cast. These kids do some appalling stuff, and they convey everything so very well.  I was really impressed by the skill of these young performers.

Among many things, what I think makes Roh such an effective horror film is its originality. Similar stories have been told, for sure, but not in the way that Roh weaves its tragic tale.

It may be due to my unfamiliarity with Malaysian cinema, but Roh feels incredibly refreshing. It has a unique setting and a tight focus, but what really stands out is how absorbing it is. It feels like a revitalization of classic horror for a new generation.

I honestly think Emir Ezwan could be the next Kubrick; Roh is that good. Mark my words, Ezwan is the next big thing in horror.  And Roh is an extraordinary achievement you don’t want to miss.

Overall Rating (Out of 5 Butterflies): 5
MORBID MINI
The magnificent Malaysian hororr film Roh (Soul) is an astounding achievement that deserves mountains of praise. It’s a film I think every horror film needs to experience — both for the thrill of watching such a compelling and terrifyingly original vision and for the chance to discover a future master of horror at the beginning of a very promising career.