This month on the Guilty Pleasures podcast, we invite a couple of special guests to cozy up with Carpenter’s cheese-fest, “Ghosts of Mars”.

EPISODE SUMMARY
We ran a poll on social media platforms to see which film we would look at in our “Good Directors Gone Bad” episode of the series. It was between 2008’s The Happening and 2001’s Ghosts of Mars. It was another relatively close vote. But in the end, you went with Carpenter’s early 00’s cheese-fest, Ghosts of Mars.

ABOUT THIS EPISODE: “Ghosts of Mars” (WITH SPECIAL GUESTS CHELSEA STARDUST AND BRADEN CROFT) 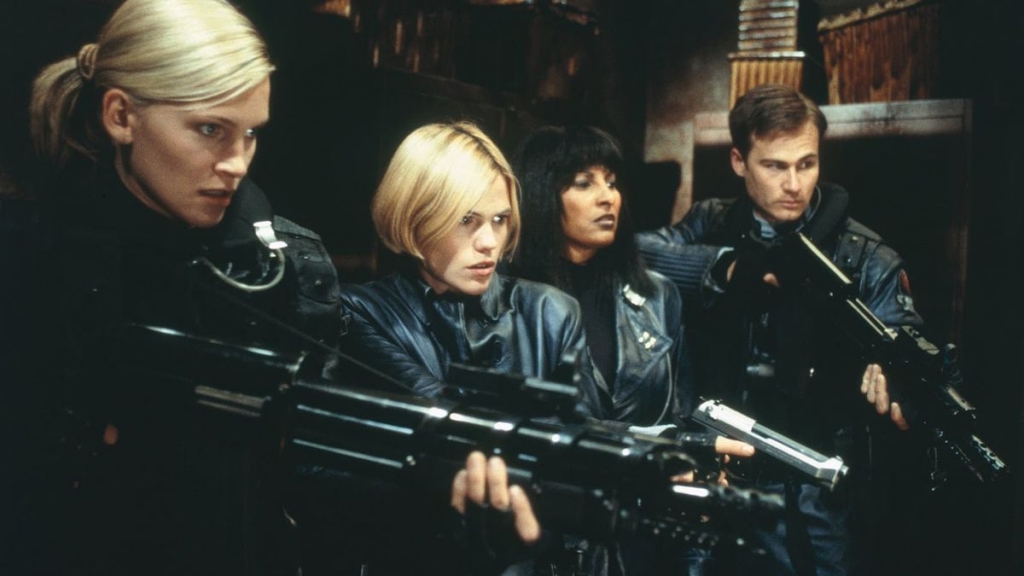 Alongside NHE host Scott Murphy, we have a couple of great former guests joining us to talk about Ghosts of Mars: Satanic Panic director Chelsea Stardust and True Fiction director Braden Croft.

Over the course of the episode, the trio breaks down this film’s love of flashbacks, how not all the actors seem to be appearing in the same movie, and how movies of the early ’00s have a very specific view of the future. Also, we get into whether or not there is a social commentary here. And while we may mock many things, we don’t neglect to pay tribute to the kickass score and badass performance of Ice Cube.

Elsewhere in the episode, the trio manages to somehow connect this movie to Hellraiser, Doom, Star Trek, and Ghostbusters. We also make a plan for our own Ghosts of Mars sequel, which is totally going to get made!

Listen to Braden Croft’s previous appearances on The Guilty Pleasures Podcast here and his original interview appearance on the show here.

You can watch the trailer for Ghosts of Mars here. The film is available to watch on Starz or the Starz Play Amazon Channel with a subscription. Or you can rent it on a variety of VOD platforms.