As if becoming a stepdad isn’t daunting enough, when your new stepson also happens to be the anti-christ…that’s enough to send anyone over the edge. 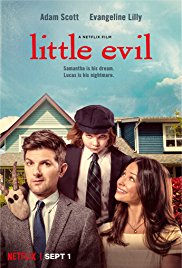 Little Evil, brought to us by director Eli Craig, (Tucker and Dale vs. Evil) is a fun family comedy at its heart, with obvious nods to some great horror classics. Most notably, we see right from the first scene, that our new dad’s stepson is the reincarnation of Damien Thorne from 1976’s The Omen.

The film is about a regular guy named Gary, played by Adam Scott (Parks and Rec). Gary meets and marries the girl of his dreams, Samantha (Evangeline Lilly). Maybe they should have a had a big sit down before the wedding, because Samantha left out one kinda important fact about her past. 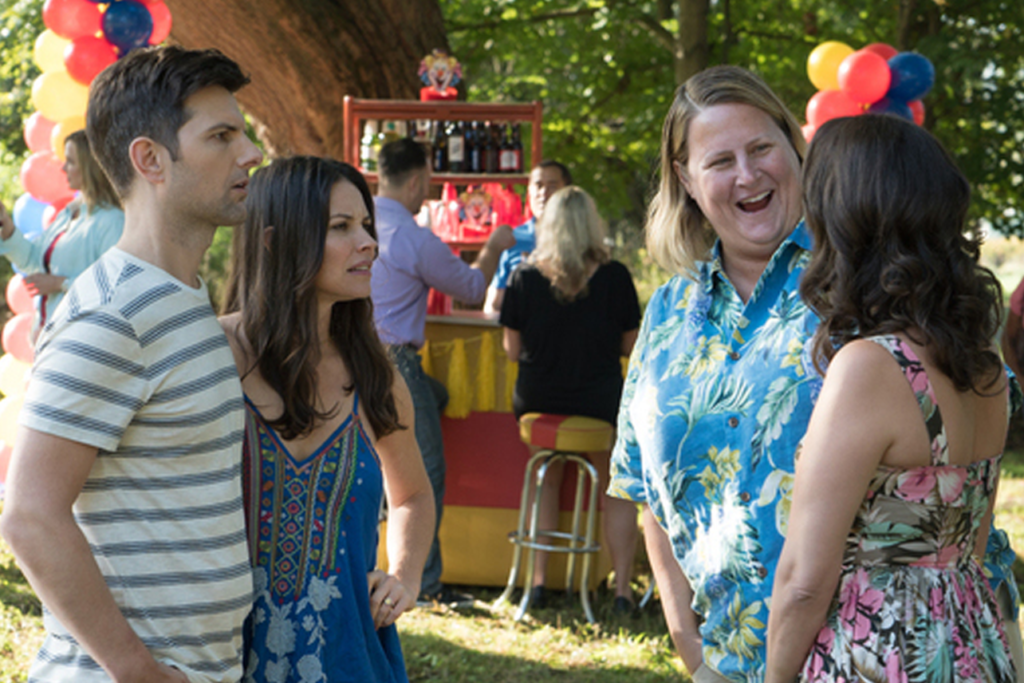 A few years ago, she lived in a cult where she was part of a little ceremony involving people in masks and lots of blood drinking. Oh, and it’s quite possible Satan himself was there, too. Coincidentally, that also happens to be the night her son Lucas was conceived.

Gary, who isn’t quite ready to be a dad anyway, understandably finds himself not adjusting very well. After a meeting with the school principal, where it’s suggested that maybe his new stepson had something to do with his teacher jumping out the window, or the birthday party clown setting himself on fire, they have some awkward father-son moments. 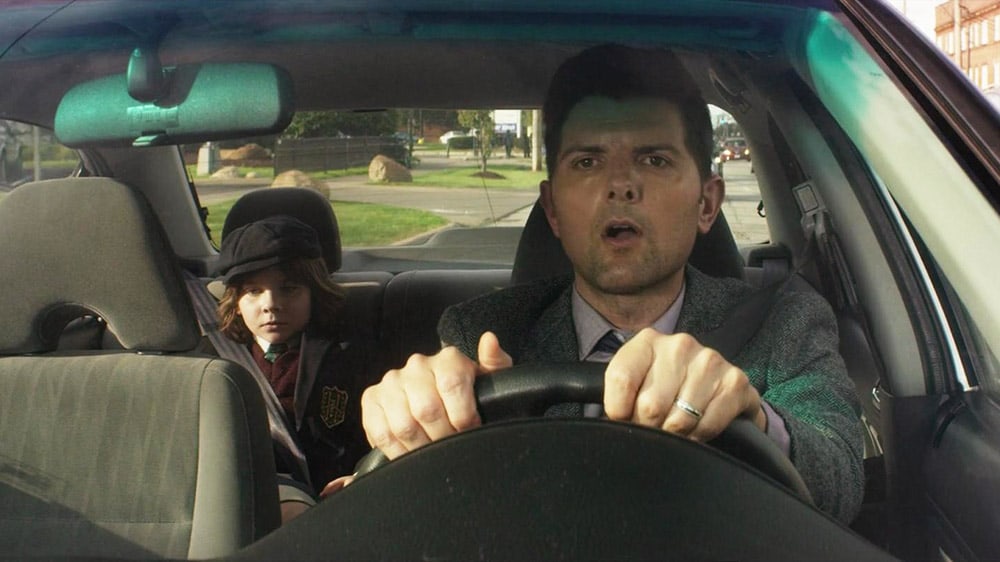 Gary has a tough decision to make: Should he just try to raise the boy to be a good kid and think for himself, or kill him to stop the upcoming apocalypse and save the world?

After Lucas buries him in the backyard, Gary starts to realize Lucas is Satan’s son. So he moves forward, with help from the guys at his stepparent therapy class, to take him out.

I love Adam Scott, and he is the reason this almost-a-horror film works. But there are also some really great supporting characters in his therapy group, and they help keep the laughs coming, too. Donald Faison, Tyler Labine and Bridget Everett are all terrific. Also, Sally Fields (The Flying Nun, Norma Rae, Smokey and the Bandit) is back, and she’s incredibly creepy as Miss Shaylock.

Eli Craig’s first film, Tucker and Dale vs. Evil is a true cult classic: a comedy for horror fans like me that enjoy lots of blood and gore. Little Evil doesn’t quite live up to his first film. But if you are looking for a movie you can watch with your kids — to introduce them to horror or just get in the mood for Halloween — then Little Evil is the perfect film. It is smartly written, has some nice twists and turns, and boasts a great cast. I had a lot of fun watching it.

Laughing is always therapeutic, and this film really brings on the comedy! Happy Halloween!

You can find Little Evil on Netflix.