Feng Shui is a tension-filled Horror film that stands apart from most Asian Horror, with its focus on story, atmosphere and creativity. 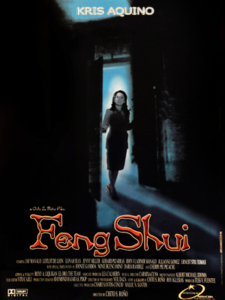 A man leaves a package on the bus next to Joy (Kris Aquino). But, when she tries to give it back, the man has already gone. As she opens the package wrapped in newspaper, she realizes it is a Chinese Bagua mirror, traditionally used to ward off evil spirits and bring good fortune to its owner.

Joy soon finds that her luck begins to change. But as her lucky streak continues, people around her begin to die in incidents relating to animals of their zodiac signs. 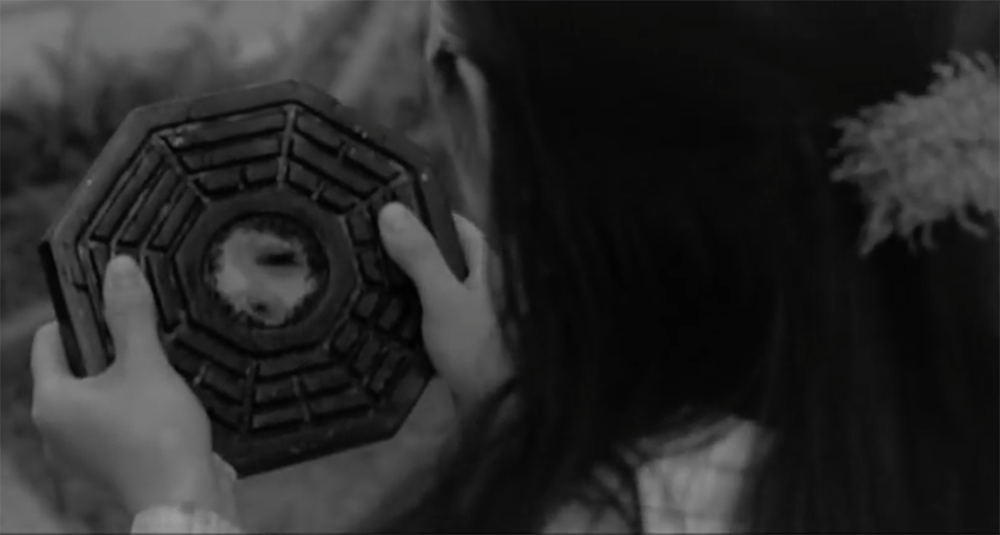 As she investigates, she learns that the Bagua is cursed by a Chinese princess called Lotus Feet, who was so named because her feet were wrapped tightly and bound in iron so they could not develop. When a fire occurred, her family left her behind because she was unable to run due to her bound feet. Burned to death while clutching the Bagua, she cursed it while looking at herself in the mirror. It may bring luck to the owner, but anyone else who looks in the mirror will die.

Feng Shui is a collaboration of different styles, which makes it stand out from the usual Asian horror we have been accustomed to. 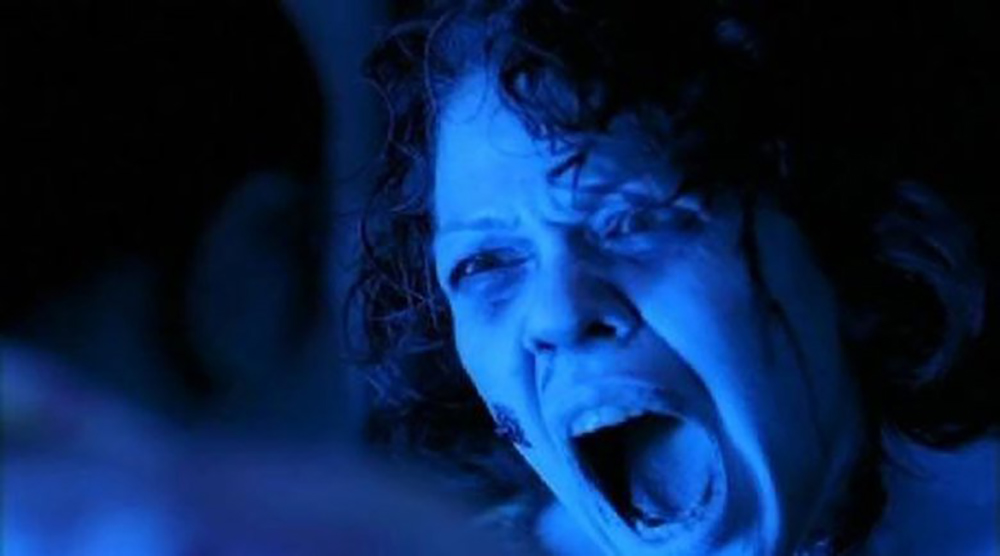 Developing a story beyond the curse, the film effectively blends elements of a supernatural thriller with those of a family drama, and both elements influence the other. The concept itself has elements of classic Asian horror, with the Bagua controlled by a vengeful spirit. It also incorporates ideas from the classic western story “The Monkey’s Paw” where good luck and fortune comes at a steep price.

The most original idea in the film is the deaths relating to the victims’ Chinese Zodiac symbols. This was always going to be a difficult task to fully execute, but the film manages to do so with some creative ideas and a bit of imagination. It reminded me of Final Destination (2000), where each of the characters’ fates are sealed, but there are clues relating to the way each will die. 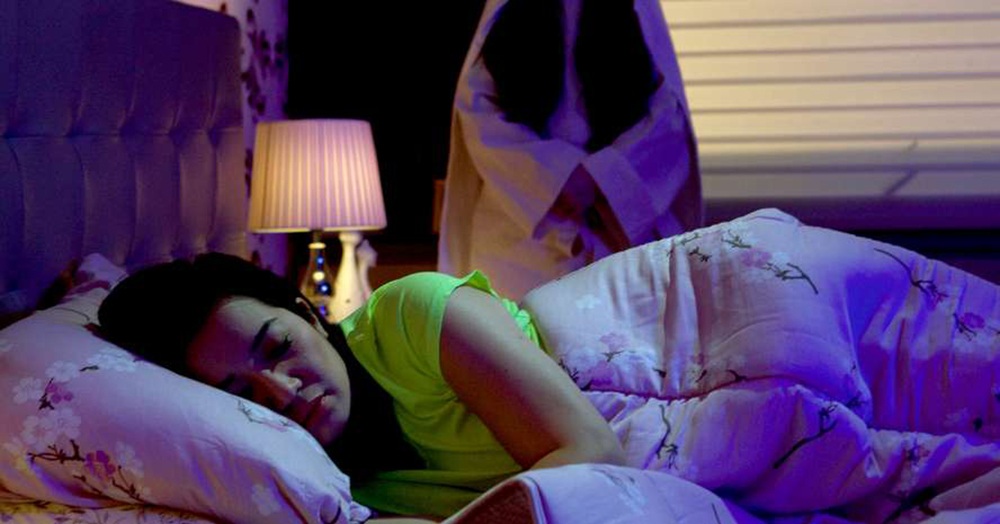 In this case, however, some of the connections are slim. Each of the kills is tied to the animal of the victim’s Zodiac. For example, a man is hit by a bus owned by a company called White Rabbit. A guard is bitten by a snake. And one man is stabbed while arguing at a cock fight (this being  one of the less direct zodiac-related kills).

Most of the deaths occur off screen, so we only see the after effects of the incident — or sometimes the ghost of the deceased. The lack of blood on the screen may be disappointing to some horror fans, but I think it was good decision by director Chito S. Roño. Showing the aftermath is probably more effective than trying to represent the deaths on screen. While Filipino horrors are known for their blood and bad CGI, it’s often not very realistic and can detract from the story. 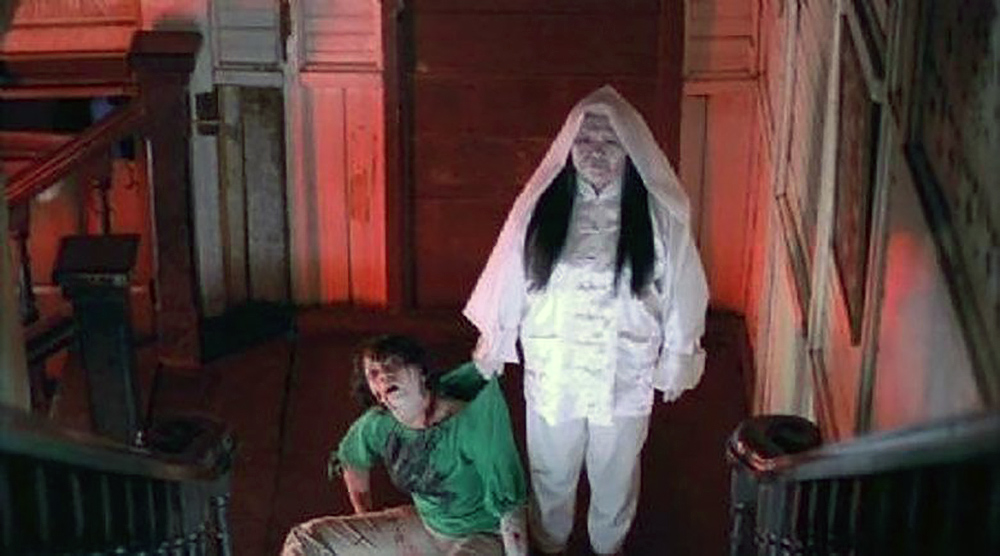 One death scene done particularly well is the death of Alice (Lotlot De Leon), which occurs following a confrontation with her drunk neighbor. It builds excitement with a cat and mouse chase between the two, and at one point it looks like she may escape. However, as she is about to make her way down the stairs, she is confronted by Lotus Foot at the bottom, dragging what looks to be Alice’s dead body towards her. It is a unexpected twist in the scene, which comes out of nowhere and inevitably foils her escape and leads to her being killed.

The film really stands out with its unique look, incorporating a bright sense of color and lighting style heavily influenced by Dario Argento’s SUSPIRIA (1977). Joy’s house is painted in bold clashing colors, reflective of Piet Mondrian’s style of paining. However, when the apparitions of the victims who have died appear, a single-color scheme is created with the lighting. It changes the feel of the room by giving it a sharp neon glow, really adding to the eerie atmosphere. 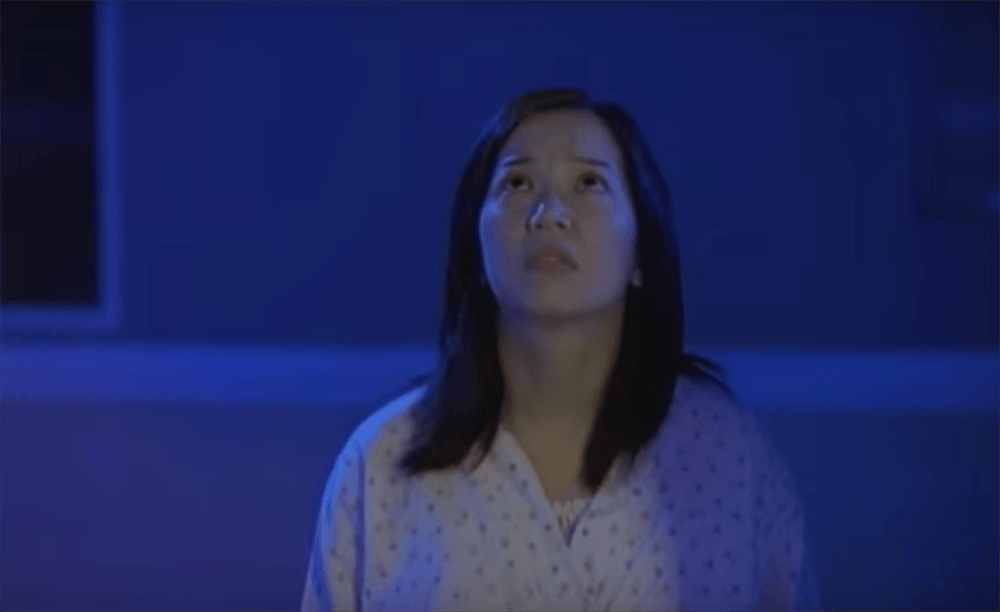 Feng Shui works best when it is building up tension with lingering shots moving through the house, or crane shots moving slowly down from the outside — giving the feel that something or someone is watching. The use of the haunting score builds on the atmosphere and adds to the apprehension you feel, watching and waiting for something to happen.

The film does have some issues. Some of the editing can be erratic, especially during the buildup in some of the early scenes. Just as the tension hits its peak, the film suddenly cuts away to another scene or to the next day. It is such an abrupt shift that it feels like something is missing — or they just weren’t sure how to finish the scene before moving on.

The cast of Feng Shui is solid, and Kris Aquino really stands out in the film. She delivers a strong performance as Joy Ramirez, dealing with both the curse of the Bagwa mirror and the turmoil of her relationship with her husband. She may be best known for comedy, but I feel she gives a solid emotional performance and shows both a strength and weakness in the film.

Feng Shui is an original film, and it’s definitely worth tracking down (even though obtaining a copy is difficult).

It doesn’t fit within the normal constraints of Asian horrors, pushing the boundaries with its unique look. Feng Shui may not be the perfect, but there is much to appreciate. The film’s ability to create real tension without the need for jump scares makes it an impressive horror entry and one of my favorite films to revisit.

Feng Shui is available to purchase on iTunes.