“Getaway” is a dark and empowering, female-driven thriller that keeps you guessing; featuring a standout performance by newcomer Jaclyn Betham. 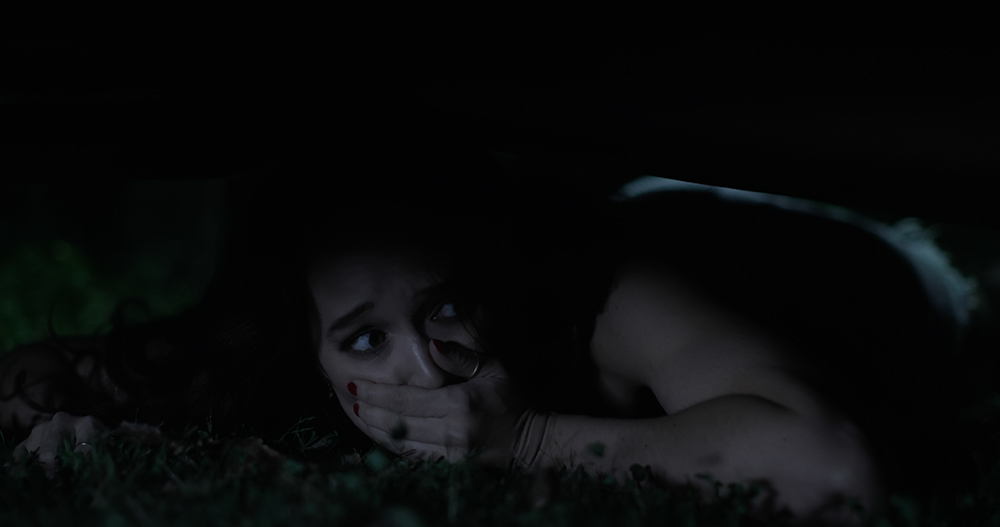 The opening scene tracks three men in the front yard of a house. One of them is digging what appears to be a grave, another, wearing an open flannel shirt with tattoos, is working on a car. As the camera pans by each, their movements and the camera placement always keeps their faces hidden from view. These are bad men and you get the feeling this isn’t the last time you’ll see them.

When Tamara (Jaclyn Betham) is heading to the lake for a weekend with her friends, Maddy and Brooke, she runs out of gas. Pulling up behind her is a truck with two men, one of them wearing an open flannel shirt with tattoos. The men offer to give Tamara some gas, with the tattooed man doing most of the talking and coming across as completely creepy.

Jaclyn Betham as Tamara is instantly likable. She wins over the viewer with her smile and her attempt to be as nice as possible when trying to gently dismiss Jerry (Jamil Walker Smith), the guy she recently had a date with — who is already convinced he loves her.  It’s a trip she’s been looking forward to, and her lively excitement is almost enough for the viewer to be content just watching her hang out with her friends for a couple days.

But this is a horror film after all, and that’s not what’s going to happen. 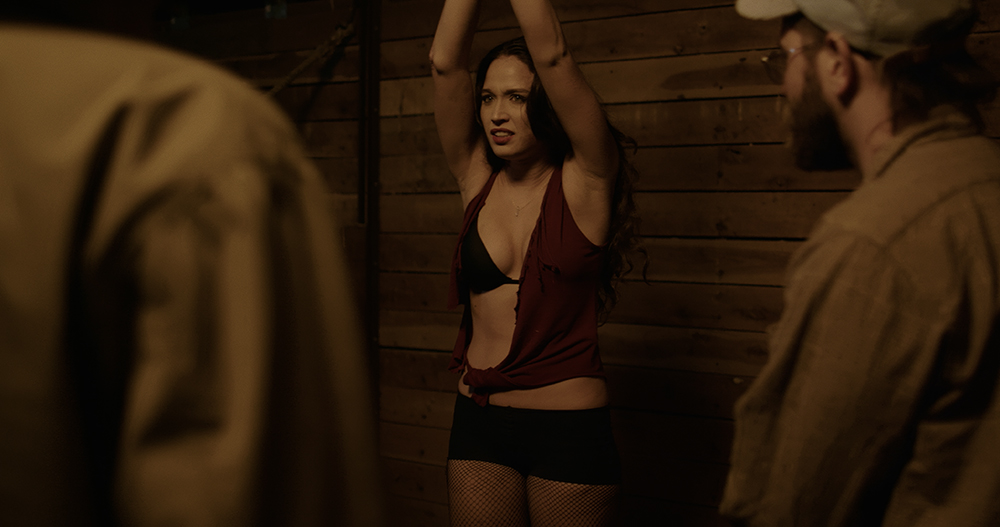 When the two men who gave Tamara some gas on the road earlier find her and her friends at the lake, they kidnap her, and one can assume she’ll end up in a grave like the one that was being dug in the opening scene. The two men are brothers, Merv and Kib (Lane Toran, who also directed and wrote the film, and Noah Lowdermilk), and with their father these three religious nuts twist their beliefs and “send angels to Heaven.”

Little do they know, Tamara is no angel — and no ordinary girl either.

Getaway is a dark film that leans on ominous music and sounds of nature to emphasize its isolation and, in turn, its hopelessness. It’s a film about wicked people doing wicked things. But it’s also a film about the inherent power women hold over men, for better or for worse, as well as the violence that can occur as a reaction to that power dynamic.

As Tamara puts up a fight the men didn’t see coming, strange things are happening around their household, things they determine to be the work of the devil by way of Tamara.

Jaclyn Betham (who also wrote and produced) is excellent. 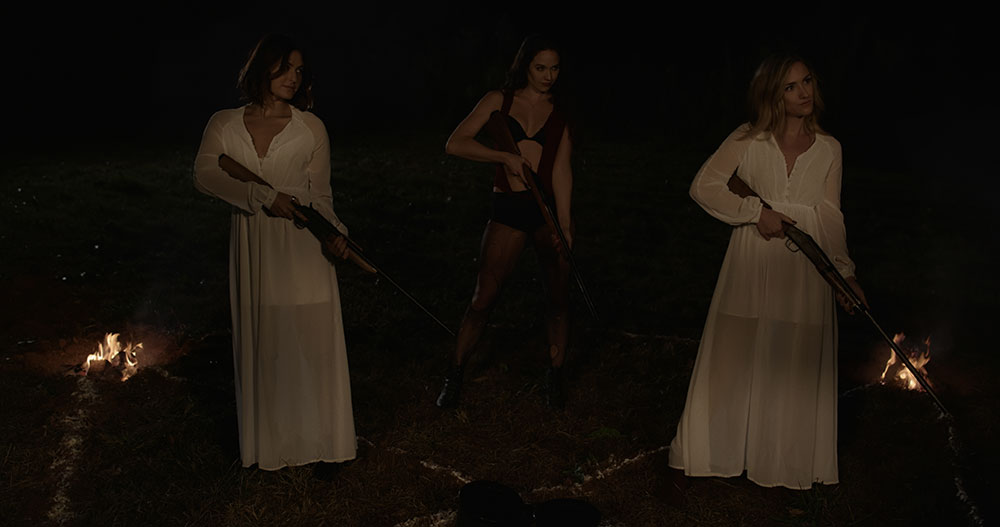 Her facial cues make the viewer think she just might be working for the devil one minute, while the next she’s just a girl scared for her life. Scout Taylor-Compton and Landry Allbright have some great moments as Maddy and Brooke — especially Allbright, who all but steals the show in one particular standout scene.

Immensely entertaining, well crafted, and featuring great performances and a healthy dose of female empowerment, Getaway is a film that’s well worth the ride — with first-time director Lane Toran and star Jaclyn Betham bursting onto the genre scene in exciting fashion.

Getaway is available on DVD and Digital April 14 from Uncork’d Entertainment.