Australia’s great lost film has aged like fine rotgut — an examination of apocalyptic masculinity more potent than ever, with a lingering aftertaste. 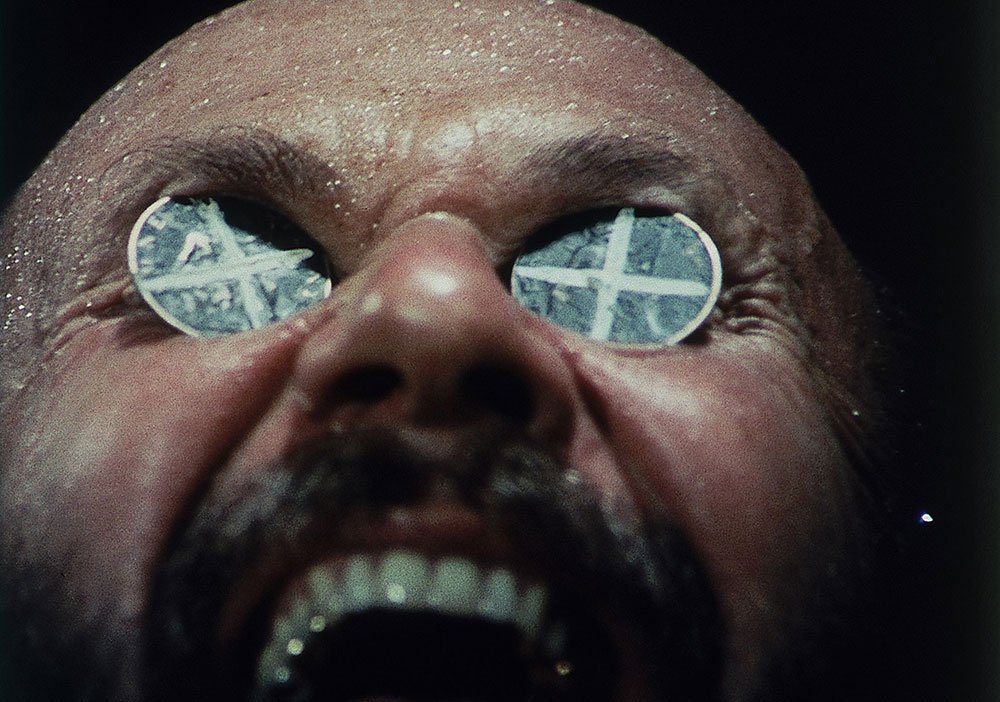 Most of the lurid, loopy, and low-budget history covered in Not Quite Hollywood: The Wild, Untold Story of Ozploitation is remembered lovingly, or at the very least begrudgingly, by the talking heads in attendance. One of the few films to inspire any genuine, if polite, hostility is 1971’s Wake in Fright, released in the earliest days of the Australian New Wave.

Its home-made contemporaries were critically savaged for the kind of moral depravity that makes sex comedies worthwhile, but celebrated by the general public as rowdy declarations of national identity. By contrast, Wake in Fright was nominated for the Palme d’Or, but was roundly denounced by audiences for its nihilistic critique of Aussie culture.

I can’t find the exact quote because Not Quite Hollywood has unfortunately left Shudder since I covered it in January, but the Canadian director of Wake in Fright defends his work on the grounds that sometimes it takes foreign eyes to see what’s wrong with your backyard, whether or not you like what they notice.

On one hand, this is a great excuse for straight white guys in film school to tell stories from perspectives well beyond their privilege or understanding. On the other hand, Ted Kotcheff also directed First Blood, one of the most furiously American movies ever made. Not pretty. Not proud. The oiled pecs wouldn’t come until the sequel.

It took a first-generation Canadian born to Bulgarian immigrants to hoist the proper Molotov cocktail to our creaking notions of heroism on the losing end of the Vietnam War. 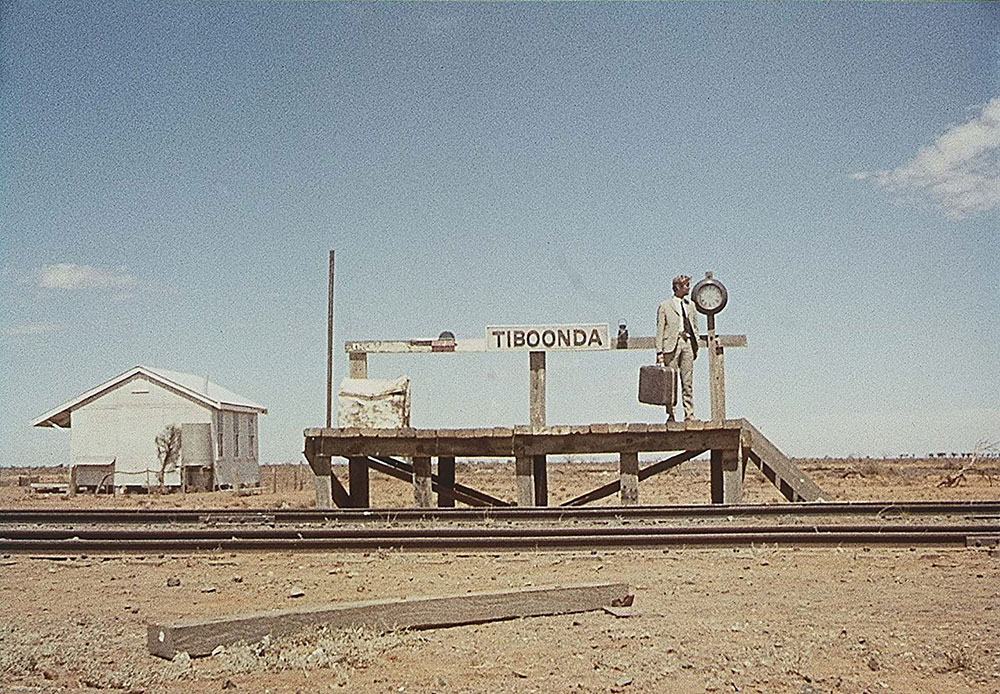 Wake in Fright sweats authenticity from the first frame.

A two-thirds split between faded blue sky and cracked yellow earth, with only railroad tracks and a faraway bar to note the intrusion of man. It feels alien in the way only documentaries can — show but don’t tell, look but don’t touch. For the first half hour, Kotcheff and cinematographer Brian West keep it all at arm’s length, just like protagonist John Grant.

When the 29-year-old Gary Bond was cast in the lead, producers heralded him as the next Peter O’Toole. The resemblance is hard to miss, though Bond was already comfortably established by 1971. He’d been acting on stage for almost a decade, including a stint on Broadway. The following year he’d play the first Joseph of Joseph and the Amazing Technicolor Dreamcoat.

Here, in one of his only screen performances, Bond can make himself twelve-years-old or two years from retirement in the same sweltering close-up.

John Grant teaches in a one-room schoolhouse across the tracks from that faraway bar in a town called Tiboonda. Not by choice. In exchange for his college education, he’s bonded to the government for $1000. Pay it off and he can do what he likes, but until then, he teaches where they send him. All he does is watch the clock, imbibe responsibly, and dream of his girlfriend in Sydney, a million miles away if a meter. 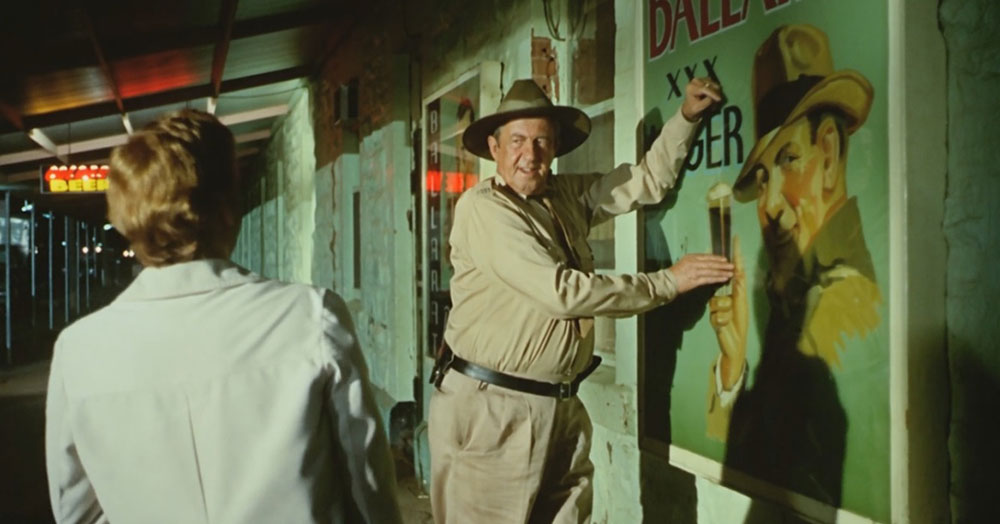 He also happens to view the locals like exhibits in a permanent sideshow.

And if tiny Tiboonda is a sideshow, then The Yabba, the only place in his neck of nowhere to catch a plane, is a three-ring circus. Everything about their behavior is strange to him: their vaguely threatening courtesy; their ever-present pint in their calloused hands; the way they halt their backroom gambling to stand in unified reverence for fallen soldiers of the Australian and New Zealand Army Corps, then get right back to it after the broadcast.

Grant never mocks them, at least not to their face, but he’s not a nice man, no matter what his book-learning might’ve convinced him. He’s arrogant and careless, each fault compounding interest on the other. But Bond finds a naïve soul within Grant’s khaki shell. Instead of rooting for this high-brow sap to get his bell rung, we watch him fumble and offend like an unexpected guest at a dinner party with no concept of the customs.

He stays above it all until the local sheriff shows him an illegal yet well-attended game of two-up. The rules couldn’t be simpler. Two coins are thrown in the air and players bet on how they’ll land — heads up, tails up, or one and one. It’s so simple, an educated man like Grant assumes there’s a catch or at least a crime. The sheriff assures him the gamblers never so much as look at each other funny. But Grant doesn’t take his word for it. 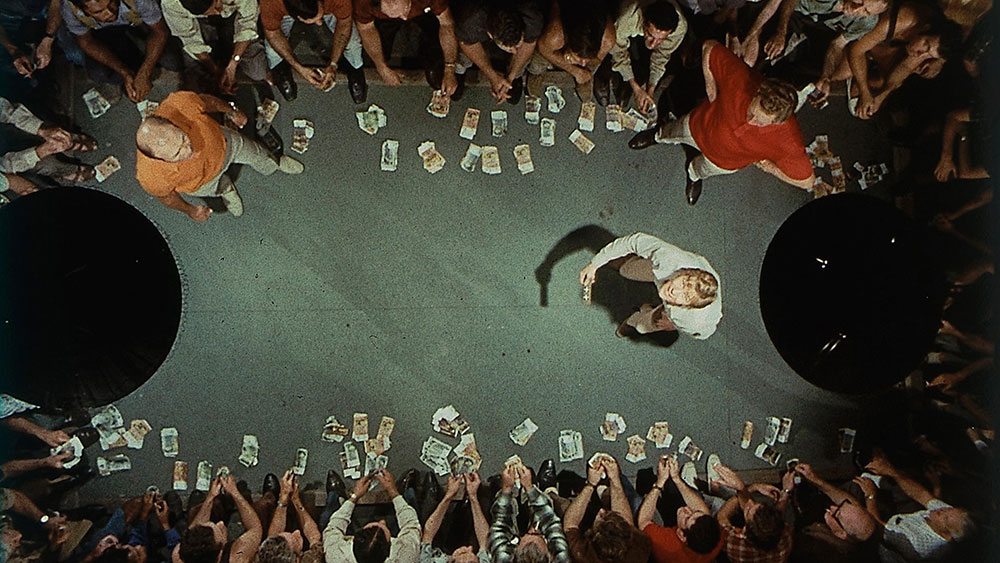 Instead, he listens to the only civilized accent in earshot: “All the little devils, proud of hell.”

Even his name, Doc, is at best a half-truth and at worst a lazy lie. Clarence “Doc” Tydon was a doctor once, until a drinking problem ran him out of business. He ended up in The Yabba, tracking odds with pen and paper, because nobody notices alcoholism when every social encounter starts with a free beer on somebody else’s aggressively friendly dime.

“I’m only accepted socially because I’m an educated man and a character.”

He’s also played by one of the greatest educated-man-and-character actors to ever do it, a lithe and leathery Donald Pleasance at the height of his wild-eyed powers, spending more scenes shirtless than you’d expect. 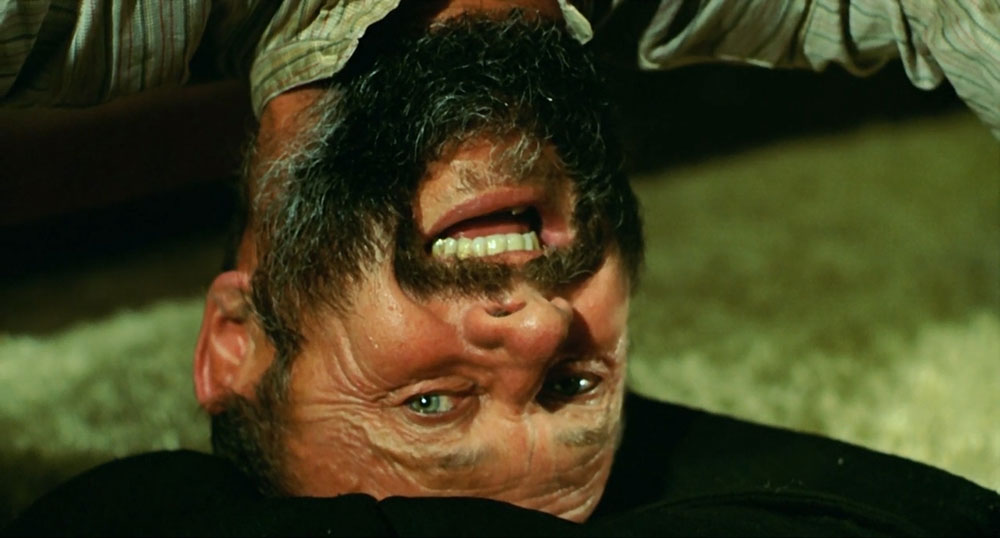 Grant thinks he’s found an ally, not realizing he’s staring at a reflection in a dirty mirror.

He complains of “the arrogance of stupid people insisting you should be as stupid as they are.” Doc resists with a crooked smile: “Discontent is a luxury of the well-to-do.” Grant waves him off as a lost cause, but takes his odds anyway. That’s when he commits a cardinal sin.

He bets everything on heads. He’s given the privilege of tossing the coins. He throws a pair of heads. But the crowd boos. He tossed the coins wrong. All those rounds he gawked at, belittled behind his pretty blue eyes, he never paid attention. He didn’t watch, only looked.