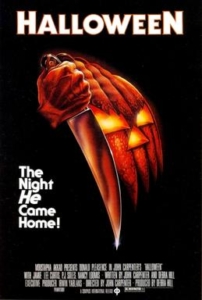 Haddonfield, Illinois is a sleepy, town. Houses, like the one belonging to Laurie Strode, famously played by Jamie Lee Curtis, sleep in the heart of small town America and comfortably while away the hours in the frame of an all too picturesque Norman Rockwell painting.

But there’s something hidden behind the perfect paint, pretty pristine porches and white picket fences whose emotionless gaiety fail to hide the fact that darkness, sadness, and a lack of innocence and sanity linger in every cigarette hurriedly hidden, in every bed heavy with the sweat of young lust and in every chipped board of one singular residence

The white paint of this singular residence, of this house, stands as an effigy, a memento mori, whose paint has deliberately been left to peel, its white mask, its virgin bed sheet of Americana bliss, ripped off and left to fall into disrepair. 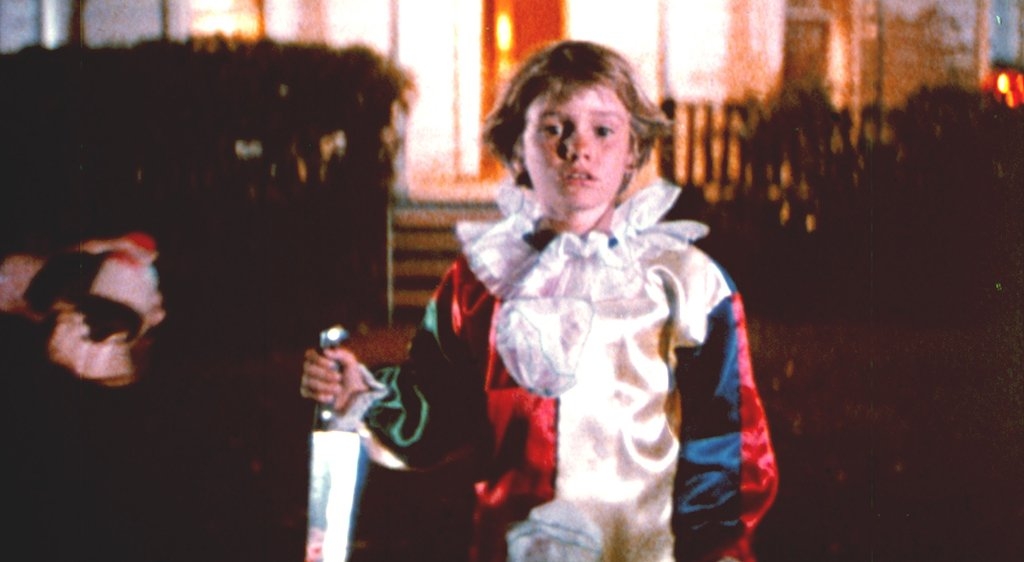 This house, the one which stands stark against all the other houses in Haddonfield, Illinois, was the scene of something beyond Haddonfield’s comprehension. A child, who should have been plunging into his candy bag, in 1963, on Halloween night, instead plunged a knife, multiple times, into his sister. How could a child do such a thing? No doubt the residents of Haddonfield wondered. How?

This “how” went unanswered, and eventually Haddonfield slipped back into an even deeper and direr drowsiness, leaving only the house where the heinous act was committed, untouched by their thirst to paint over and “forget”.  That is…until October 31st, 1978.

The house, the house where one young child by the name of Michael Myers murdered his sister, is for sale. The house which now, fittingly, only the young children of Haddonfield openly acknowledge and keep alive as a site of fear and caution, is being stripped of its purpose. It’s being sold to people who will undoubtedly want to return the house to its previous pristine state.

The children remain baffled by such a decision. They recognize the significance of the house and why it still stands in the state it’s in. But they are alone in their acknowledgement of mortality and immorality. The adults of Haddonfield have pushed the specter of the house into the background and now what the background scrubbed.

Unfortunately for them, this background is about to become the foreground once again. And all their efforts to cleanse their town, to scrub and paint over what transpired 15 years ago on Halloween night, will only serve to highlight the redness of the blood spilled on its white clean surface.

HALLOWEEN (1978) directed by John Carpenter, written by John Carpenter and Debra Hill, and staring Donald Pleasence as Dr. Samuel Loomis, Jamie Lee Curtis as the aforementioned Laurie Strode, Nancy Kyes as Annie Brackett, P.J. Soles (who I recently met) as Lynda Van der Klok, and Tony Moran as a grown up Michael Myers, is still just as effective in frightening and firing up the imagination 39 years later.

Thus I waited a year before, on a dreary rainy day, sick and home alone, I decided the stars had aligned and that now it was time to see the seminal horror film I had heard so much about.

That first time watching Halloween, the hair on the back of my neck NEVER stood down.

I was quite literally riveted to the screen. I didn’t move a muscle throughout the entirety of the film. Afterwards, every part of me was asleep — my legs, my hands, my head, all hurting and all trying to forget what they had just been put through, just like the people of Haddonfield, Illinois.

I watched the film again for the second time this month, on that same VHS, tape late at night. About mid-way through the film I slowly moved my hand to touch the back of my neck, my arm already stiff from sitting rigid in my lap. I found the hairs on the back of my neck to be just as rigid as I was. 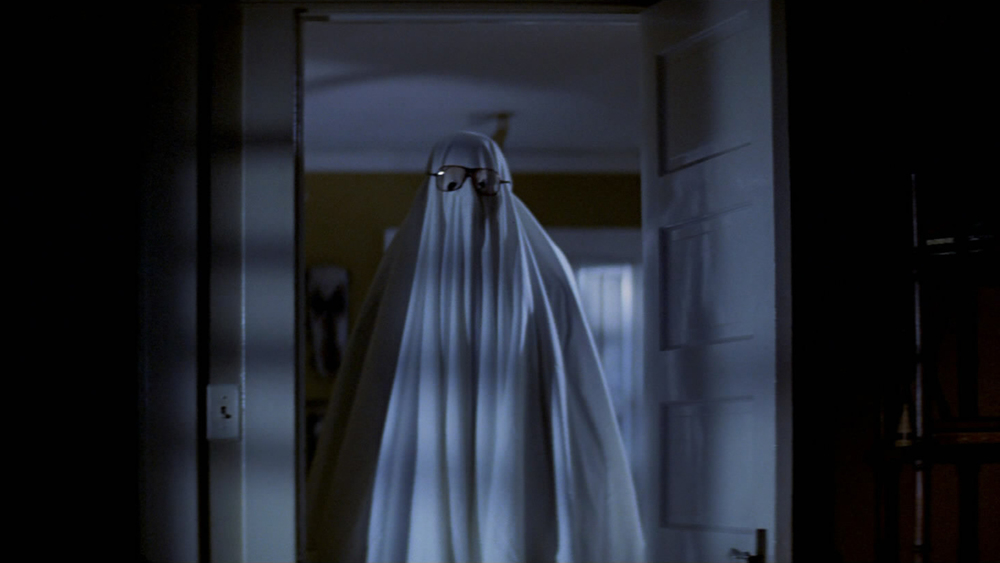 I am optimistic and an atheist, so I find the Puritan concept of “pure evil” and the hint of the supernatural that permeate Halloween (and countless other horror films) to be pure fiction. Yet, I still find genuine fright, even now, in John Carpenter’s seasonal masterpiece.

Michael Myers is the bogeyman. The bogeyman is as blank as a bed sheet, as unkillable as it is frightening, and as real as it is fictional. All monsters are created by humans, therefore it stands to reason that all monsters, including the bogeyman, are human.