Horror-comedy can be a tough genre to get right, but the seven shorts featured on the new horror anthology “Hellarious” each find just the right mix.

Anthology movies can be uneven with some stories outshining the others. And sometimes the connecting story can be a lame attempt so bring the stories some cohesion. Hellarious avoids both of these problems by jettisoning any attempt at a connective story (we just get chapter headings) and choosing seven damn near perfect horror comedy shorts.

The film kicks off with Chapter One: “Killer Kart”, written and directed by James Feeney. 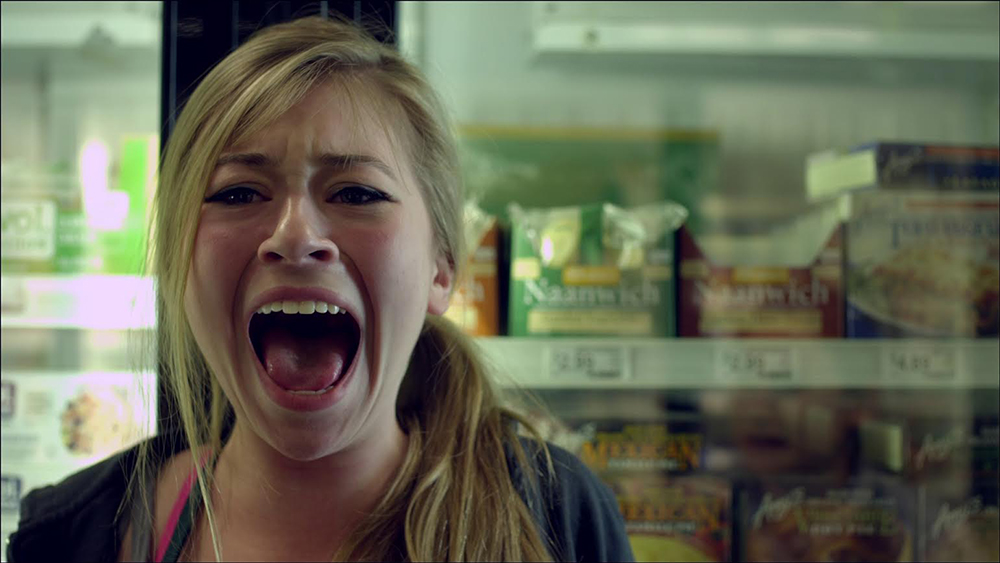 While based on the premise, I was expecting a lame attempt at mimicking 2011’s Rubber. Instead, we get a variation of “Dual” featuring literal killer karts. This was probably my favorite of the shorts. It is well acted, has some wonderful special effects and is just ridiculous and bloody and fun. In a word, perfect.

Chapter Two is “Horrific”, written and directed by Robert Boocheck. 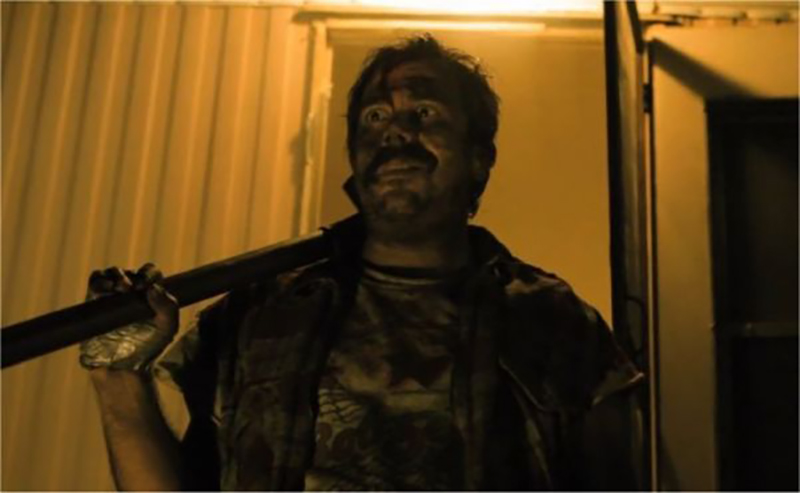 Directed by Jason Tostevin, who co-wrote the script with Randall Greenland, Chapter Three brings us “‘Til Death”. 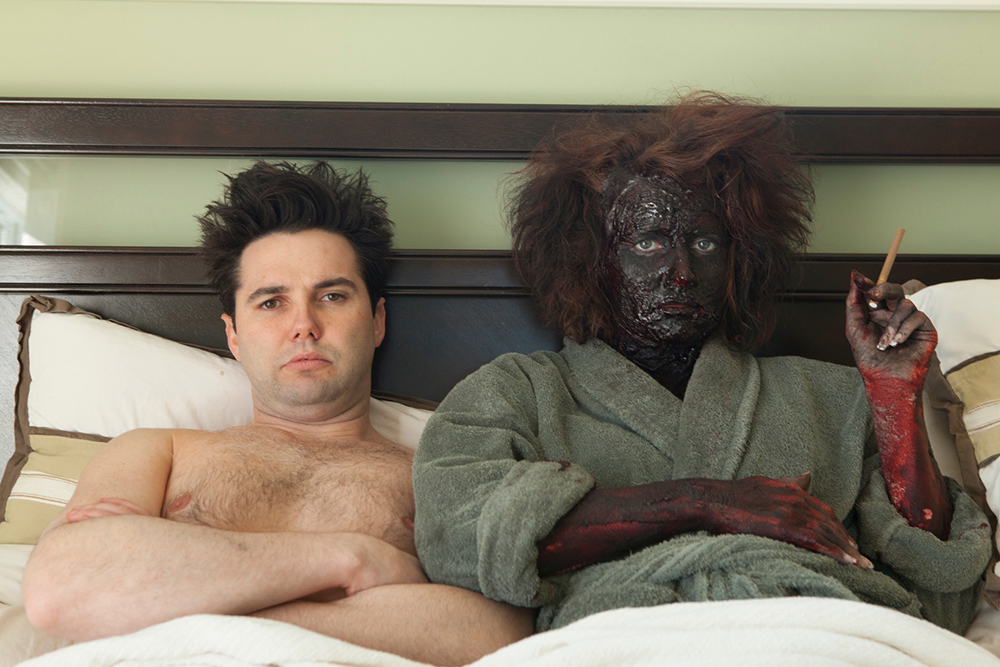 When four hen-pecked husbands get together, they make and follow through on a pack to off their wives. Only the results are not what they anticipated, as sometimes dead is not better. This one also has a lot of dark humor, some top-notch special effects, and wonderful performances.

“Death Metal” gets a whole new meaning in Chapter Four. 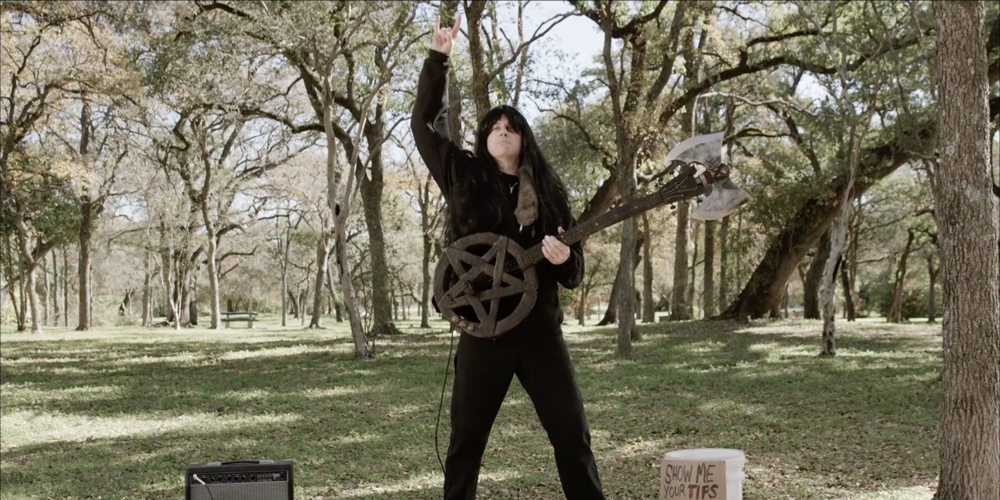 Written and directed by Chris McInroy, an unsuccessful street musician gets an heirloom electric guitar that his grandfather got when he made a deal with Satan. Unfortunately for our rocker, he bails before he learns the rules of the guitar, and the results are some of the bloodiest fun I’m seen in a movie in a very long time. 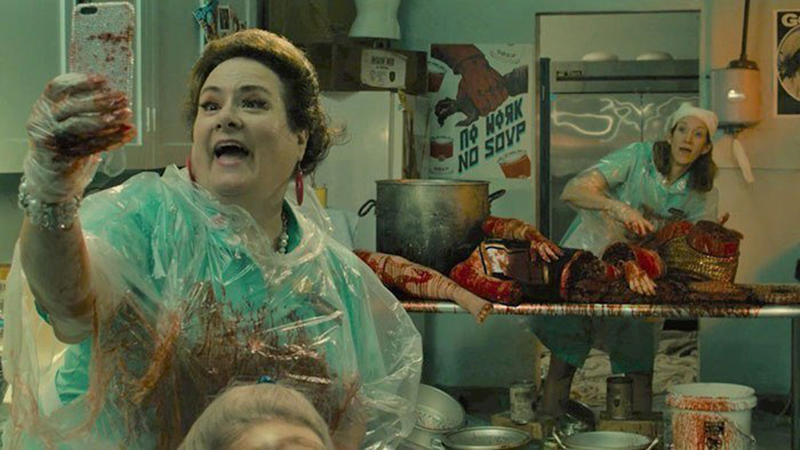 Written by Clarissa Jacobson and directed by J.M. Logan, “Lunch Ladies” is about two lunch ladies who are pursuing their dream of becoming personal chefs for Johnny Depp. Harried at work by the principal and disrespected by the students, one day one of them snaps and kills a bullying student. Unsure how to dispose of the body, they follow the adage WWJD – What Would Johnny Do? Think Sweeney Todd.

Chapter Six: “Bitten” was probably the weakest link for me, but it’s still a damn funny short. 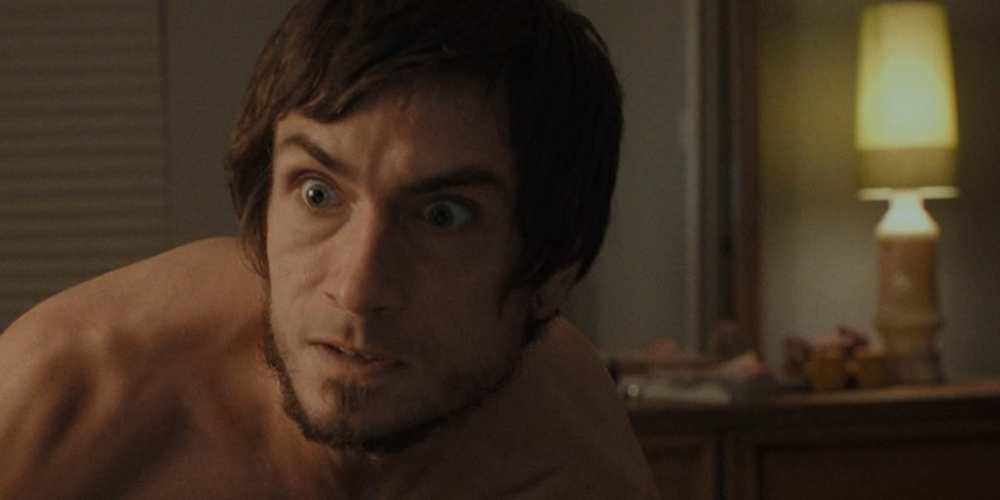 A woman leaves her dog at home when she goes out for the night. The dog becomes human and the two meet under…ahem…different circumstances with hilarious results. This one shines primarily because of actor Michael Curran, whose performance as a dog-turned-human is pitch perfect. This short was directed by Sarah K. Reimen.

Lastly, “Born Again” is a surprisingly subversive short that is both darkly funny and very sacrilegious, depending on your religious viewpoint. 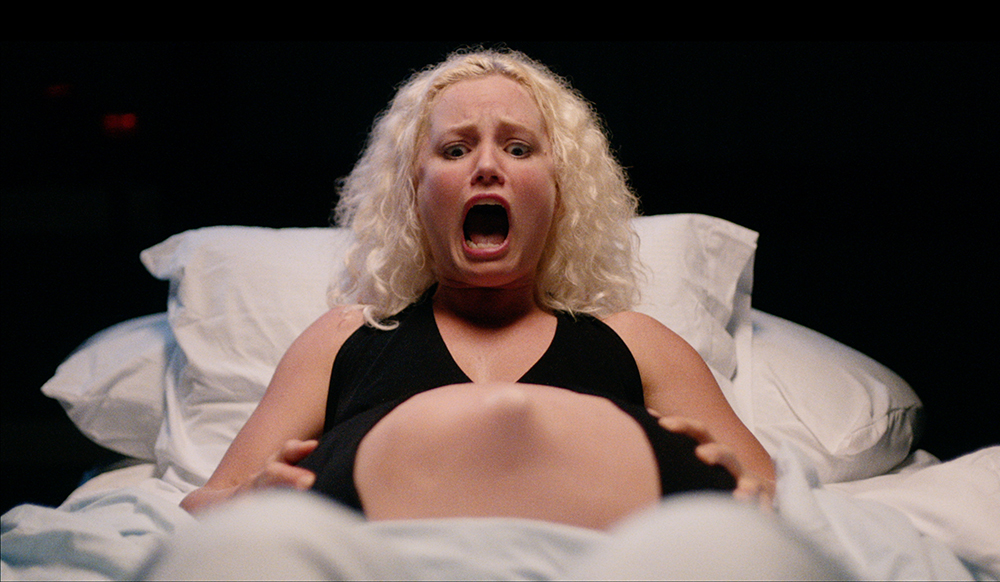 A group of devil worshippers gather at a birth. Of course, one of them shows up late and unprepared. This is funny enough, but it only gets funnier when they get an unexpected surprise.

“Hellarious” lives up to its name. It is a hilarious group of short films that all deserve to be seen and enjoyed by the masses. Don’t miss this one!

“We’re so proud to help present this one-of-a-kind project,” said FilmSpawn founder Chris Ethridge. “These are iconic shorts people have been hearing they have to see, but couldn’t find. Now, for the first time ever, you can see them all in one place.”

Also included exclusively on the limited edition Blu-ray is the world premiere of Clarissa Jacobson’s A Very Important Film, a parody send-up of self-important festival films created as a promotional short for her film Lunch Ladies.