A horror anthology, the theme that ties “Lilith” together is vengeance — making men pay for their crimes against women. 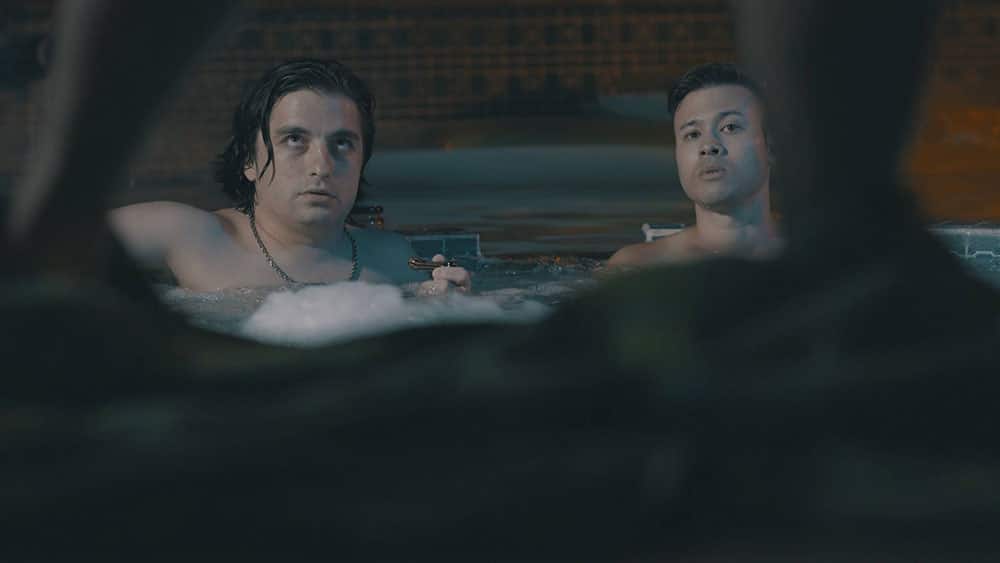 Many horror aficionados know Felissa Rose from her unforgettable turn as Angela in the cult classic camp slasher Sleepaway Camp. Rose is a horror powerhouse whose performances always elevate any movie she’s in, even if the script isn’t super-tight or linear, and Lilith fits that bill.

This is a solid idea that also brings the talent of Thomas Haley to this film, a prolific character actor seen in multiple indie flicks like Paranormal Attraction and TV shows like Fear the Walking Dead. Haley often plays a cop, detective, or private eye, and this film is another notch on his (police) belt.

Despite the unmistakable charisma and talent of both of these leads, Lilith leads us down a dark path of muddled storylines and convoluted plots.

The ideas for each segment are fun, just not as well-executed as I would have liked, even for a low-budget indie film.

The special effects are definitely not high-budget, and as a horror fan that loves all types of SFX, I found them really funny and creative, so that’s a plus for this film. However, some of the scenes (that don’t include Rose and Haley, who manage to chew the scenery in each moment they are in) seemed to drag a little, making me wish we’d cut to the chase.

This movie isn’t going to show genre fans anything new, and the themes of a teacher impregnating a student, a murderer who preys on pretty girls, and a cheating partner who gets what he deserves are frequently seen as these types of “revenge” tropes in horror and suspense movies.

I wish some of the stories had been a little less ordinary or unique.

There are some creative kills with imaginative special effects, which fans of practical horror may get a kick out of.

Overall, though, the only truly frightening part of Lilith is how low-budget it looks and feels. I have seen many movies with small budgets that still manage to look similar to higher-budget productions.

This is no fault of the actors, who I believe bring their best to the roles but can’t really do much with what they’re given to work with.

I feel like Lilith is a bold, fun idea that could have been done well and somehow fell sadly short. Horror fans like myself are suckers for a good anthology, and though the pieces fall into place with the continuity aspect of Lilith, putting together the puzzle could have been more compelling and engaging – and even frightening.

Come for Rose, Haley, and silly SFX, but don’t expect to be swept away by Lilith – her power isn’t enough to scare up genuine fear!

Lilith is available to stream for free on Amazon Prime or Tubi.