Fast paced and full of suspense, Hush offers everything I want in a horror movie. But what’s truly great about this film is the portrayal of a woman with a disability, a rare site in horror. 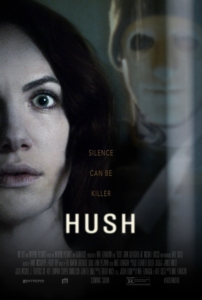 Our protagonist Maddie (Kate Siegel) lost her hearing after a bout of bacterial meningitis at age 13, and has been deaf since, but this hasn’t stopped her living as normal a life as everyone else. Whilst women in horror have come a long way since the days of being carried off by monsters or being slut shamed by their peers, the inclusion of disability often remains hazy.

So, not only is our protagonist a woman, she is also deaf and lives alone in the middle of the woods. To many, she would be viewed as vulnerable, endangered almost. But for me, this is where director Mike Flanagan has excelled in creating a unique horror.

Because she is deaf, she won’t respond to the same stimuli as others would. So, when a knife brandishing lunatic (John Gallagher Jr) turns up on her porch one night and starts banging the windows, rather ironically, he gets ignored. Other stimuli must be created for Maddie to react, and here we see the new generation of filmmakers take advantage of modern technology. 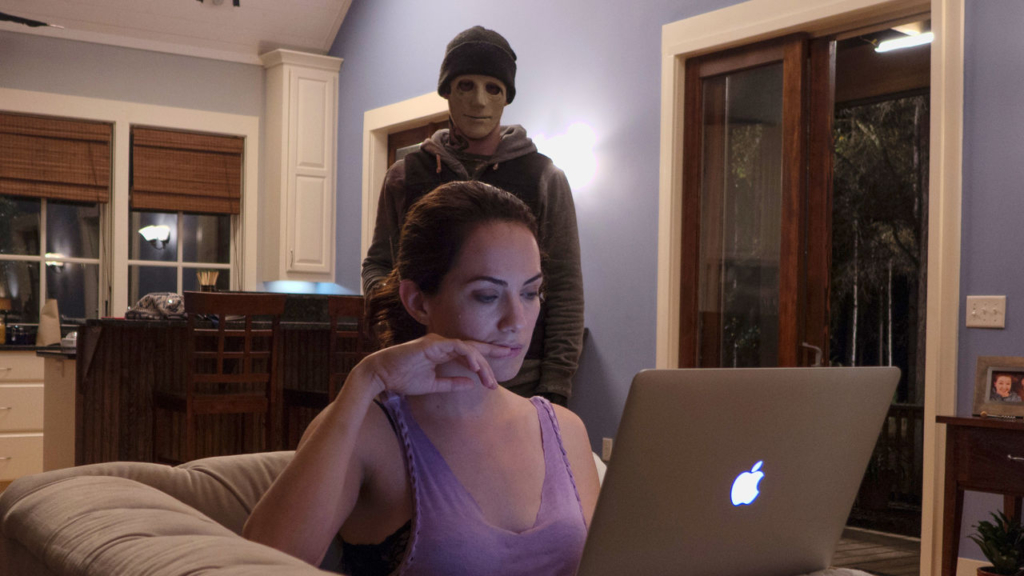 There is an odd relationship between attacker and victim in Hush. Because Maddie is deaf and mostly mute, meaning she will express herself using mainly her facial expressions and body language. Siegel’s performance in Hush goes severely underrated, with such strong fear seen in her eyes and body language. It’s not easy to act and have no dialogue, having to rely solely on her expressions much like a ballerina or mime will.

And again, what’s great about Maddie is that she’s such a strong character, she won’t give up, she refuses to be killed. Using the same creative imagination she uses in her writing, Maddie creates several storylines in which she tries to escape the killer, and even after being shot in the leg with a crossbow she still manages to escape his clutches. This massively blows away all the negative stereotypes about people with a disability; often people are misled to believe they can’t protect themselves, let alone fight off a murdering lunatic. 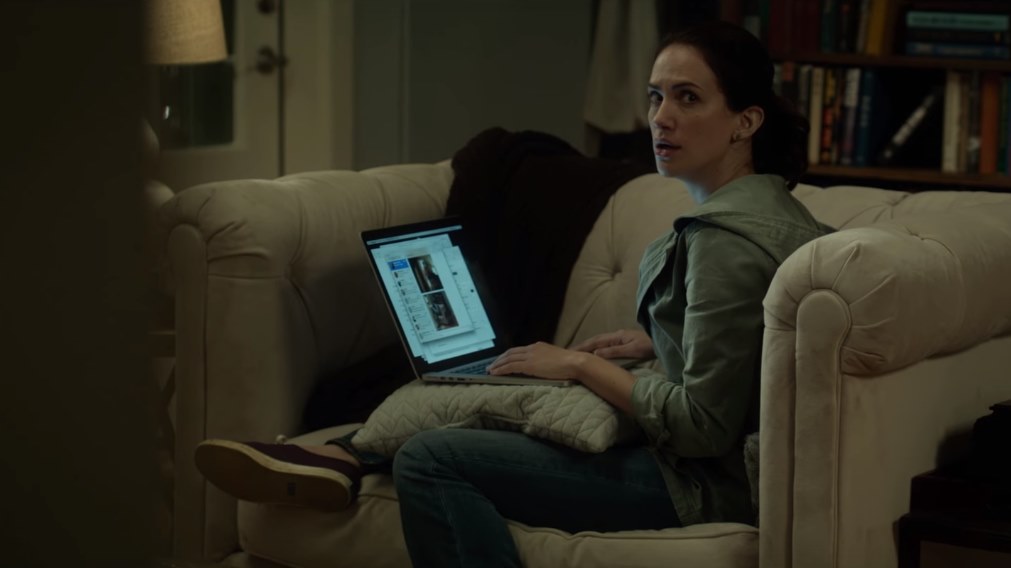 If anything, Maddie’s disability saves her. Her heightened senses enable her to detect when the killer is close, and she finally stabs him unexpectedly when she feels his breath on her neck, allowing her just enough time to enable her special smoke alarm to blind the man. Not only is she strong, she doesn’t buckle under pressure like many would in this situation.

A truly iconic woman in horror, Maddie will go down as one of my favorite heroines purely for her superb portrayal by Kate Siegel and the impressive way she outwits the killer.

This home-invasion horror not only holds a 100% approval rating on Rotten Tomatoes, but has been critically acclaimed by the likes of Stephen King and William Friedkin. I implore you to watch this film if you haven’t seen it yet, it really is worth all the hype I have created in this piece.

Written by Eleanor Cooke: “I’m just a horror enthusiast who stumbled into writing movie reviews one day, and have loved every minute of it. When I’m not watching a horror movie, you’ll find me trying to recreate the goriest looks in SFX makeup.”