Smart writing, nail-biting suspense, and a strong and well-developed female protagonist make the horror thriller “Hush” a must see

The “alone with the psycho” trope is a very common and popular one, especially in horror movies.  If you’re a horror fan (which, I’m going to assume you are if you’re reading this), then you’ve seen infinitesimal takes on this particular trope.

You’ve most likely seen the classics, like Marion Crane in Psycho, Laurie Strode in Halloween, or Casey Becker in Scream, if you’re a 90’s kid. For those in the post-2000s, you might be more likely to have seen The Strangers or one of the too-many chapters of The Purge saga. You might have even seen the occasional subversion of the trope, like Hayley Stark in Hard Candy or Cary Elwes in Kiss the Girls.

What we haven’t seen in quite a while, though, is something new. Even the teensiest bit new. That’s where Hush comes in.

Written by Mike Flanagan (Ouija: Origin of Evil, Oculus) and Kate Siegel, this 2016 film was a direct-to-internet release that I stumbled on via Netflix. From the second I read the description of Hush, I was immediately keen to give it a look-see: She lives in isolation, a world of silence.  It doesn’t mean she’s easy prey. One intruder finds that out the hard way.

The “she” in this description is referring to our heroine, Maddie. She’s in her late 20s, early 30s, and she’s both deaf and mute as a result of being stricken with bacterial meningitis at just 13 years old. Having broken it off with a boyfriend, Maddie isolates herself in a cozy house that’s basically in the middle of nowhere. The writing by Flanagan and Siegel does a great job of showing rather than telling, allowing the audience to observe Maddie as she busies herself with making dinner. We’re immediately enveloped in her world of silence, hearing none of the usual noises you’d expect while cooking, which helps to immerse you in Maddie’s existence from her perspective.

As Maddie shuts the door of her oven, though, we are snapped back into the hearing world around her. A little notification pops up on her trusty laptop: a message from her friend Sarah, who lives next door, asking if she can drop by and pay her a visit. Maddie types a reply back, telling her ‘sure’, and we watch as she goes about her evening routine — plugging in her laptop so it can charge and then picking up her cat’s food dish. Opening the sliding glass door, she gives the food a little shake in the bowl and her cat is soon slinking through the door to have her dinner. Her cat is named Bitch, by the way, which is a brilliant detail I just love.

Something you’ll notice is the technology in use, here — it doesn’t feel like we’re watching Hackers; this is all stuff that you probably have in your own home and use every day, which helps to lend a touch of familiarity and realness to the film.

There’s also a lot of other charming little details that Hush uses to inform us without anyone having to utter a single word. We see Maddie’s collection of books, including Mr. Mercedes by Stephen King, with a glass of white wine sitting nearby, a picture of Maddie and a young woman, who we later learn is her sister. They even take the time to show a chunk of Maddie’s chat log with her friend, Sarah, to show that their exchange that opens the film isn’t just isolated snippets of conversation in a vacuum, as you’ll see with so many other films that try to represent “chatting with friends online.”  These two women have an on-going friendship and talk just like we talk to our friends.

As we learn, Maddie’s a writer, and she’s sequestered herself in this quiet place to try to finish her next book, in addition to licking her wounds after a rough break-up. When her friend Sarah shows up, the two of them have a lovely conversation with each other, and the two actors have fantastic chemistry with one another.  And, again, as with the rest of the story so far, we learn a lot just through watching the two of them relate to one another. Sarah has finished Maddie’s latest book and is eager to talk with her about it. Through this conversation, we also learn that even though Maddie can’t speak or hear in a practical sense, she does have a voice that she can hear inside her head. It’s the voice that helps to guide her as she works out the finer details of her novels, and she confesses that it’s her mother’s voice she hears.

Their conversation is cut short thanks to a fire alarm that starts blaring and flashing inside Maddie’s house, with the two of them going inside to investigate. It looks like Maddie’s forgotten dinner has turned into charcoal in the oven and set off the alarm. As with other details in the film, the screenwriters have done everything they could to make all of the exposition as organic as possible, with Maddie explaining to Sarah why the alarm has to be so loud (so that she can feel the vibration of the alarm even if she’s asleep). In the aftermath, Sarah apologizes for distracting Maddie from making her dinner and even invites Maddie to join her back at her place to watch a movie, but Maddie politely refuses. It seems she’s determined to be alone. Sarah bids her farewell and Maddie goes back inside to figure out what to do for dinner.

Maddie camps out in her living room with a frozen TV dinner and her laptop so that she can try to get some work done. We hear her mother’s voice echoing in her head as she reviews the pages she’s already written, trying to work out the finer details of the story. As with most writers, though, the urge to procrastinate is almost impossible to ignore, and she finds herself opening up FaceTime, hemming and hawing for a bit about whether she should call her ex. Deciding against it, she ambles into the kitchen to start cleaning up the mess from earlier, and it’s at that point that things take a hard right turn.

Sarah throws herself against Maddie’s locked side door, banging on it and screaming in terror as she pleads with Maddie to see her, to witness what’s happening to her…to help her. A crossbow bolt flies from off-screen, lodging itself in Sarah’s back.  Meanwhile, Maddie is busy cleaning her kitchen, completely oblivious to the brutal attack going on nary five feet from where she’s standing.

A man in a featureless white mask marches up onto the porch and yanks the bolt from Sarah’s back and dispatches her with a practiced, almost perfunctory air that’s absolutely chilling.

In just about any other film, Sarah would be another nameless, faceless notch on any other psycho killer’s knife grip. But because of the time that Flanagan and Siegel spent in developing Sarah’s character and her relationship with Maddie, there is genuine horror to be felt in “Hush”.  Because we “know” Sarah, now, and how much she means to Maddie — and knowing someone and becoming invested in who they are as a character is absolutely essential to creating a good horror film. If the writers don’t give their characters some personality and humanity, then they’re little more than paper dolls and no matter how good your special effects are or how creepy your atmosphere is, the film will inevitably fall flat.

I won’t go into too much more detail with regards to the plot of Hush, because I sincerely do think that everyone needs to see this movie — especially hardcore horror fans who’ve been desperate to see more realistic depictions of women in the genre, just as I was. 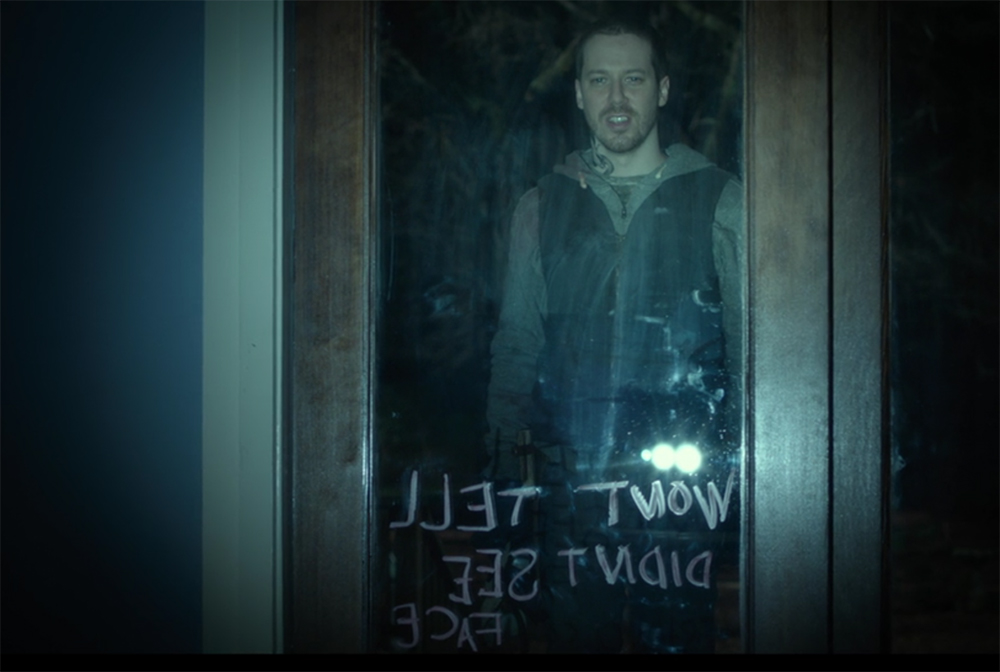 Maddie is a fantastic protagonist — relatable, human, flawed — and I honestly can say I haven’t seen a female protagonist in a horror film that’s impressed me this much in a long, long time. Not since Ripley in the Alien franchise.

It’s a tricky thing to be a woman and a horror fan, because so much of the genre involves the exploitation and destruction of women in the most warped and grisly ways imaginable. But movies like this are precisely why I love the genre so much. I was genuinely impressed with Flanagan and Siegel’s script, and I hope they team up again to do more films in this genre in the future. Horror is subversive by its very nature, and some of the finest horror films have been written and/or directed by women, for both the big screen and the indie crowds.

Hush is an absolute must-see for anyone who’s looking for a fresh take on a dusty old trope.

Written by Ruby Dynamite: “Ruby is a lifelong writer and lover of all things horror and internet as well as a devout pizza fancier. She’s also the owner and proprietor of Mistry Wegoner’s Fine & Curious Goods (mistrywegoner.bigcartel.com), where she sells rad horror-inspired enamel pins.”