The King is Back in “Kong: Skull Island” 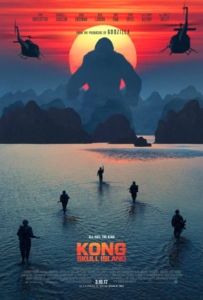 Back in 2014, Legendary Pictures and Warner Bros released a new modern take on the King of the Monsters, GODZILLA. While it absolutely erases the memory of the now guilty pleasure 1997 version, it also left something to be desired…mainly the lack of screen time the titular character received in his own film. Director Gareth Edwards did deliver a good monster movie, but not a great one.

Cut to San Diego Comic Con later that year when Legendary and WB announced that they had gotten the rights for the other famous movie monster, King Kong. They announced that Kong would be in a new film, and that it would indeed be connected to Godzilla — setting up the ultimate monster mash of GODZILLA VS KONG. Kaiju and Monster fans were ecstatic about this announcement. But first, we needed to see if Kong’s latest big screen makeover was a good sign of things to come.

KONG:SKULL ISLAND is everything you wanted GODZILLA to be and more!

It is an awesome monster movie that definitely delivers big time action. One of the things this movie gets right is making you care about the cast of human characters as well as the titular monster. This is a truly ensemble cast of actors, and everyone delivers. Tom Hiddleston, Brie Larson, Corey Hawkins, John Goodman and Samuel L. Jackson all shine in their roles, but it’s John C. Reilly who steals the show as the comic relief and voice of reason in the film.

I know what you’re thinking. The humans are great, but how long does it take to get to the main attraction? Fortunately, it doesn’t take long at all into the film before Kong makes his first unforgettable appearance. In fact, you see Kong a lot in this film. Thankfully someone was listening to our gripes about The Big G, as Kong is on full display here. The filmmakers promised this was the biggest Kong to grace the silver screen and, boy, they were not lying! He’s HUGE! It’s also alluded to in the film that this Kong is but a teenager and still growing. We can only guess when and how that convenient fact might come into play.

Director Jordan Vogt-Roberts does not shy away from the monster mashing here, portraying Kong as a misunderstood beast who is simply protecting his home from an onslaught of foreign and domestic threats. Sound familiar?

The end of the Vietnam War is the backdrop for the film, and the movie reference some iconic imagery from the classic war film APOCALYPSE NOW in certain shots and promotional materials. Going on this expedition to Skull Island gives Samuel L. Jackson’s Lt. Col. Packard a sense of purpose, following his disgust at the United States’ decision to simply “walk away” from the war. He is the perfect Ahab to Kong, and he is relentless and ruthless in his quest to kill Kong.

Thankfully, Brie Larson is not a damsel in distress and is not the object of some interspecies love story. She is just as tough and bad ass as the boys, as she clearly holds her own against Packard and the threats on the island. After seeing her performance in this, I have no doubt that she is the perfect choice to bring Carol Danvers to life in Marvel’s CAPTAIN MARVEL. Speaking of Marvel, my friend told a joke during the movie about how Loki (Tom Hiddleston) and Captain Marvel need to stop Nick Fury from killing Kong, with the help of Nova Corps (John C. Reilly) and Dr. Dre (Corey Hawkins) and Eazy-E (Jason Mitchell) coming Straight Outta Skull Island. My friend is weird, but I wanted to share that with you guys.

The movie also pushes the PG-13 rating to its limits, as this one has some pretty cool gore effects. There is an homage to CANNIBAL HOLOCAUST in this film, that I was shocked they got away with, especially getting that rating. I’ve got a feeling that an R-rated cut of this movie exists somewhere at WB.

Skull Island this time around is both beautiful and dangerous all in one shot. It has never looked this good before. Yes, I am a huge fan of Peter Jackson’s 2005 film. However, this is the Skull Island we need to believe is home to the Kong and other giant sized creatures. If it wasn’t inhabited by monsters and surrounded by a hurricane, it would truly be paradise. 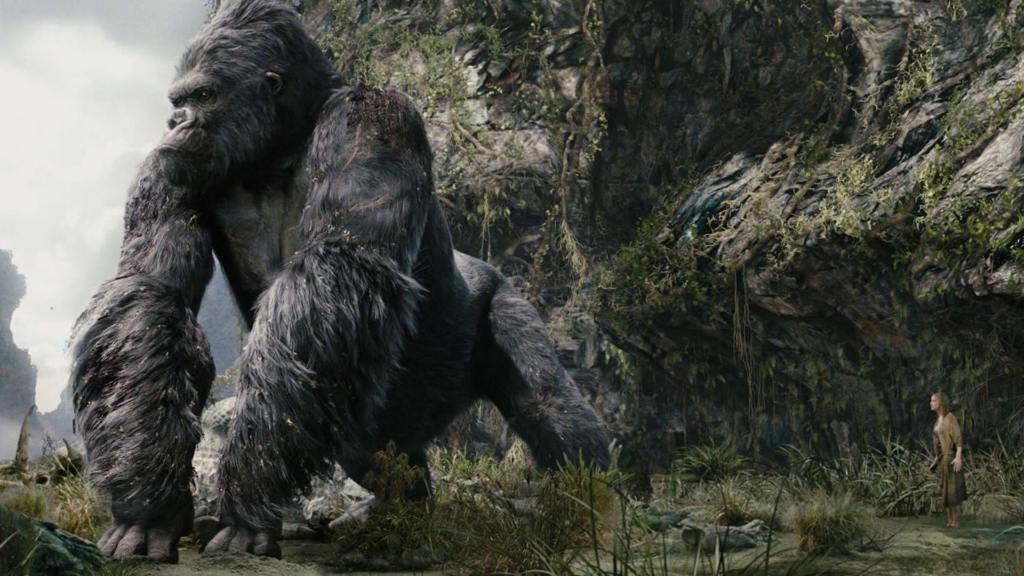 One thing of interest to note here, never once is Kong referenced as King Kong in this film. He is known as King of the Island by the natives or looked at as a God by them, but never are the words King Kong uttered in this movie. Another interesting note for eagle eye viewers and fans of GODZILLA: There are a plethora of connective easter eggs that are in this movie. I won’t spoil it here, but it’s really cool when you start to figure it out.

This is an enjoyable popcorn film that will satisfy both your giant monster needs and whet your appetite for what’s to come. Speaking of, remember when I told you all to expect some type of tag after the credits back in January for my most anticipated films of 2017 article? I wasn’t lying, and it is a doozy of a tag! As I’m writing this, I have goosebumps thinking about it. So definitely sit thru the credits, as you will not be disappointed by what you see.

Oh, and the 3D for this film is completely unnecessary. I had to see it in 2D, and it was still just as epic without the added dimension.

Official Rating: 4 out of 5 Stars