With heavy hitters and countless remakes and re-imaginings, it’s normal for more obscure movies to go under most horror fans’ radars. But we’re here to help you find those hidden gems you may have missed. From a teen zombie with girl problems to a bizarre Swedish Eco thriller, here are ten horror films you probably haven’t seen but should seek out immediately.

This horror comedy is a parody of 1950s teen horror films. It’s about six high school buddies who accidentally kill a drug pusher and dump his body in toxic waters. Thanks to the toxic waste, the fiend comes back from the dead as a zombie with a revenge on his brain. After one of the friends is killed, they resurrect him in the same toxic waters to fight the drug pusher. This is one house-broken zombie though. Instead of thirsting for human flesh or brains, he’s starting his life where he left it off, including winning the heart of his high school crush. You can snag the DVD of this cult classic on Amazon.

If you are fan of horror anthologies like The Twilight Zone, Tales from the Crypt and Creepshow, then you’ll love Screamtime. Unlike the classic horror anthologies this film is inspired by, it has no specific theme. Stories range from a maniacal man with a penchant for hand puppets and blood to vengeful fairies. One thing is for sure, though, it leaves a good aftertaste that lingers for days. This one never got a proper DVD release, but you can stream the film on Amazon.

Part of the Canuxploitation (Canadian B-movie films) craze, Corpse Eaters was filmed entirely in Southern Ontario, where yours truly resides. The film tries so hard to be like Night of the Living Dead. The film delivers in gore, but that’s pretty much it. It’s marred by plot holes. However, if you are a fan of bad horror films, you’ll really love this one. If you don’t mind the low quality, you can watch this one for free on YouTube.

Another great anthology horror film; This one centers on two bedtime stories that a heroin-addicted brother reads his kid sister. The movie is disturbingly morbid and should appeal to fans of dark splatter films like The Human Centipede and A Serbian Film. Check this one out with Shudder on Amazon.

An obese woman recently released from an insane asylum kills anyone who attempts to get her to stop eating. This is one of the best in the exploitation genre. There’s also a sequel called Criminally Insane II and an upcoming remake entitled Crazy Fat Ethel. This is another one you can catch for free on YouTube.

This film is an English remake of a Mexican film that focuses on a mad scientist who transplants a gorilla’s heart into his dying son, which turns him into an ape-like creature who embarks on a rape and murder spree. This one is part of the Video Nasty list of banned movies and, unlike so many notorious Video Nasties, truly deserves a spot on the infamous list. This one has a great DVD release for purchase here.

A blind and deaf accountant suffers from a psychic trauma in his childhood. He collects puppets and mutilates female bodies in the mortuary. The exploitation thriller contains some explicit and disturbing scenes that only those with a strong constitution will be able to handle. But it’s perfect for fans of dark and strange but compelling underground horror films. You can stream this one on Amazon Video.

This ten minute film from Germany is about (as the title implies) the first day of Klaus’ work as a forklift driver. The film is a parody of work safety films from the 1980s. It contains funny and bloody scenarios of what happens if you don’t follow safety rules. The short film will have you laughing so hard that you’ll be rolling out of your seat. Watch the full short on YouTube for free, German with English subtitles.

This is a made-for-tv Swedish science fiction/horror film, which focuses on construction workers who are offered a highly lucrative contract to perform work at an unknown location for an unknown purpose. They are brought to a strange place that mysteriously has only one season — 12 months of Summer. The men are forced to stay at the site for a full year without outside contact. We soon learn that the location brings more than just weird weather for the doomed men. Seek out this smart, bleak, thought provoking film if you can. It’s not easily accessible, but the DVD is available for purchase under its Swedish title Sommarens tolv månader. 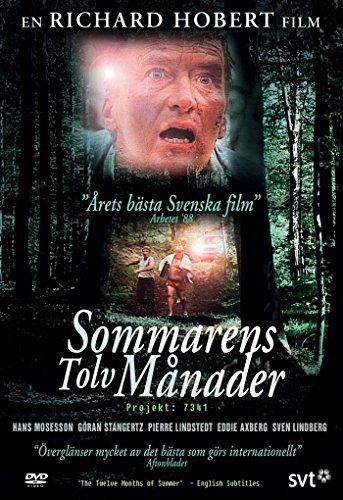