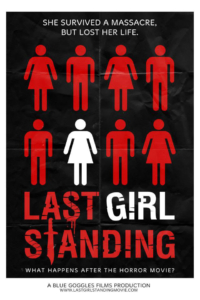 I was lucky enough to see Last Girl Standing at this years Eerie Horror Film Fest in Erie, PA. The film pitches a unique idea that instantly interested me: what happens to the final girl after the horror movie ends?

The idea has been explored before in sequels such as Friday the 13th Part 2 where Adrienne King’s Alice gets killed, Neve Campbell throughout the never ending twists and turns of the Scream series, and countless others like that. But what would happen in the real world to somebody who survived a killer straight out of a slasher movie?

Last Girl Standing focuses on the life of Camryn (Akasha Villalobos). Camryn managed to be the only survivor of a brutal massacre during a camping trip with some friends, only to still be haunted five years later by the terrible memory and image of the killer. The killer who butchere her friends wore an animal head with horns over his own in a sadistic manner, and it was truly a disturbing sight! Even though he was only on screen for about 5 minutes, the filmmakers did a good job in making him quite memorable. 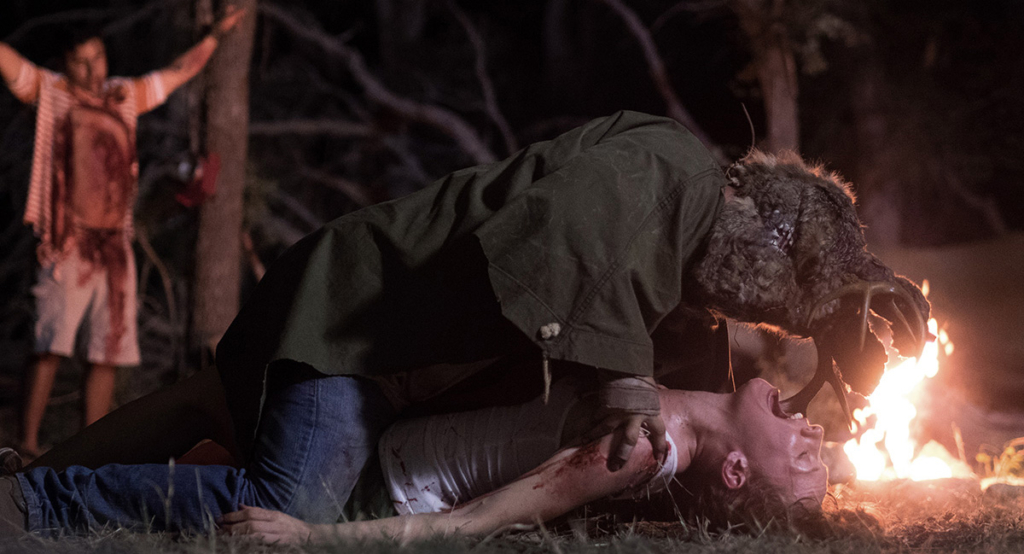 Our heroine has been living a quiet and unassuming life — living in a sparse apartment that looks like it hasn’t been fully moved in to and working at a dry cleaners — since the traumatic incident happened. Actress Akasha Villalobos does a stellar job in portraying the paralyzed stillness and tortured silence that Camryn’s life has become. There are scenes that show her doing some mundane task like brushing her teeth. She will suddenly stop and look at her closed shower curtain as a heavy breathing fills the bathroom, unexpectedly transporting her back in the grip of the killer. These are powerful moments that are very effective and show the sudden dread that can take over her life at any moment. She may not have died that night in the woods, but her life stopped. Villalobos superbly encompasses this feeling in her performance.

When a new employee gets hired at the dry cleaners, Nick (Brian Villalobos), the visions Camryn has of the killer start to intensify. This is in conjunction with the 5 year anniversary of the killings, and Camryn seems to not trust the new employee. Late one night a break in happens at the dry cleaner when Camryn is there alone, and she sees glimpses of the killer — swearing he is after her again. When the cops come, they advise her not to be alone. Having nowhere else to go, Nick offers his place as a temporary refuge. There, Camryn meets his roommates. 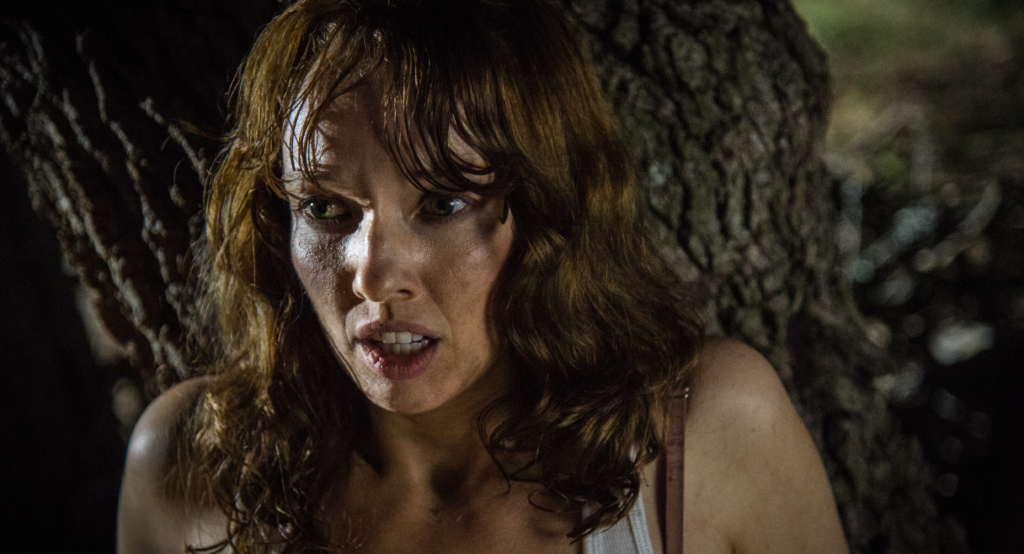 The film takes it’s time as Camryn establishes relationships with these people and seemingly makes friends with most in the group. Although her visions of the killer resume, as well as the belief that he is after her, she appears to have found a strong support system with these new friends. While the group question her believability and sanity, it is clear that something is following Camryn. Only, no one is sure quite what that something or someone is.

The pacing of the film is slow, and the movie really takes its time to build up to the final act. Don’t get me wrong here… the slow burn approach is very effective and serves a purpose, as it strongly establishes the necessary relationships that come in to play later in the film. After being immersed in the world and characters of the film, the viewer’s patience is more than rewarded with a brilliantly set up ending full of chaotic slasher goodness! It’s pacing reminded me of another brilliant independent horror gem from the past year called ‘Pieces of Talent‘. 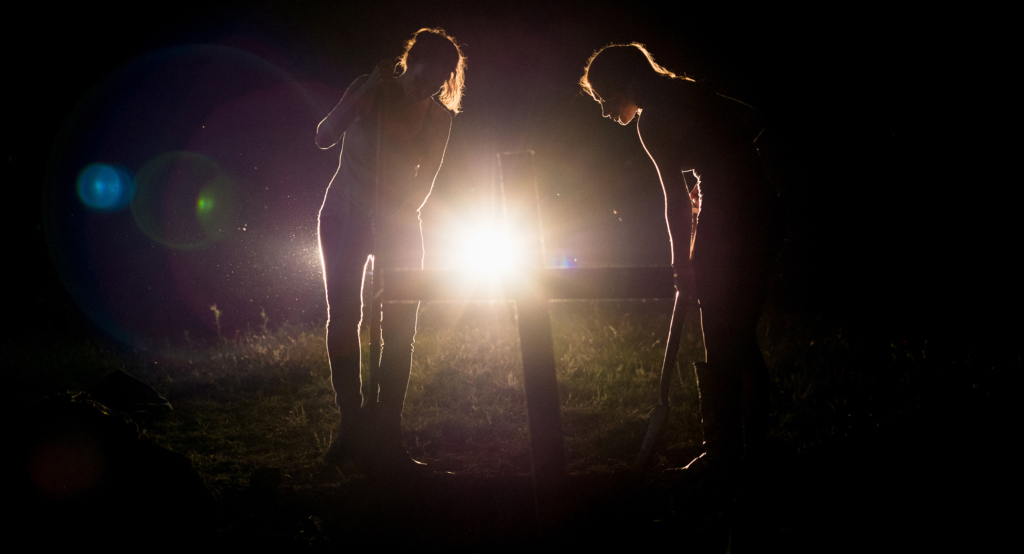 Last Girl Standing is a character study of the idea of ‘The Final Girl’ and what realistic effect such a label from a horrible situation could potentially have on a person. It’s a smart horror film with great production value and strong performances from the whole cast. Last Girl Standing is on the festival circuit as of this writing.

If you get the chance to see it, do not pass it up. It will be the movie you are talking about when you leave.

Editor’s Note: I was lucky enough to also see this film on the festival circuit when it showed at this year’s Texas Frightmare Weekend. The writer/director is Benjamin Moody, a talented filmmaker from our hometown of Austin, Texas. This was Ben’s first feature film, and he really knocked out of the park. He stated that he wanted to honor the slasher film, while adding in new dramatic elements to create a more layered story. It’s a highly original film with a true independent spirit. See this film!