The Ones Below is an unsettling drama with an air of uncleanliness about it. 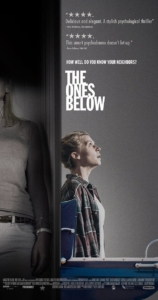 When a thirty-something couple expecting their first baby get new neighbors who are also about to become parents, the stage seems set for the foursome to become firm friends. Not so in David Farr’s directorial feature debut, The Ones Below.

When Theresa, a beautiful Finnish woman (played expertly by the impressive Laura Birn) and her much older husband Jon (the ever creepy David Morrissey) move into the apartment below Kate (Clemence Poesy) and Justin (Stephen Campbell Moore in a thoroughly engaging performance), the residents of the upper apartment are thrilled. Jon and Theresa, with their anal-retentive attention to detail, renovate the garden (much overlooked by Justin and Kate) and replace an old man who has died and let the place fall into a bad state of disrepair. 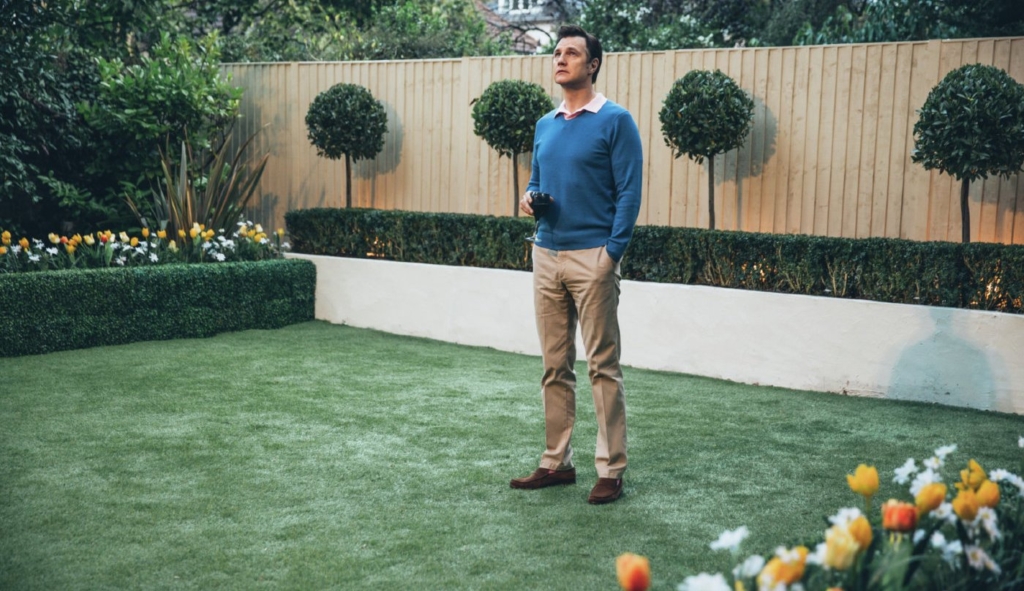 Although initially reluctant to make contact with the new couple, Kate and Theresa soon become firm friends. Kate is 18 weeks pregnant while Theresa is 21 weeks, and they bond over their forthcoming arrivals. The distinctly British sensibilities of Kate are quickly eroded by Theresa’s easy going nature (showering naked in front of her, inviting her to a private members club and so on), and Kate seems drawn in by the free spirited Theresa. The men, on the other hand, are distinctly more guarded, and Jon exudes a sense of both superiority and guarded intent over the “modern man” charm of Justin. 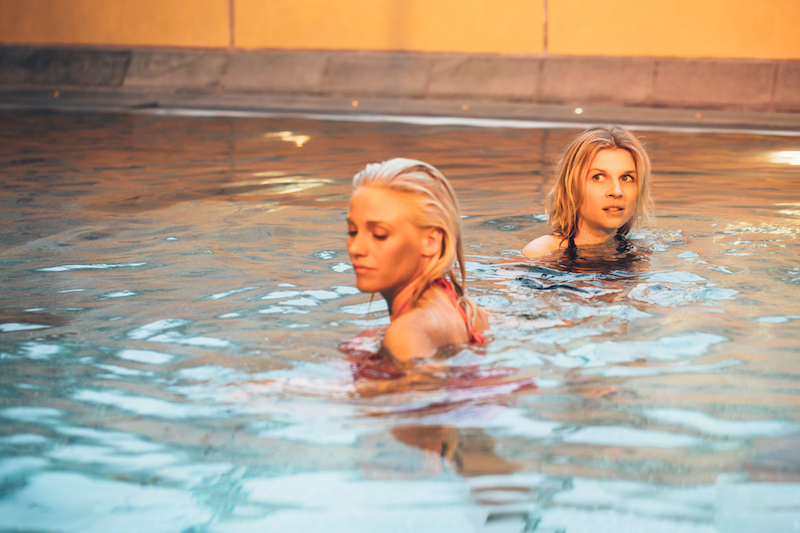 When Theresa and Jon go upstairs for supper one night, it becomes clear that all is not as it seems between the couple – Theresa swigs heavily from a glass of wine when Jon isn’t looking, bringing suspicious glances from the cautious Kate – and Theresa makes is clear in private that Jon left his first wife because she couldn’t have children. Later remarks made by Jon reinforce that he is desperate for kids, and he displays an anger towards Kate and Justin for not fostering a desperate need to have offspring. 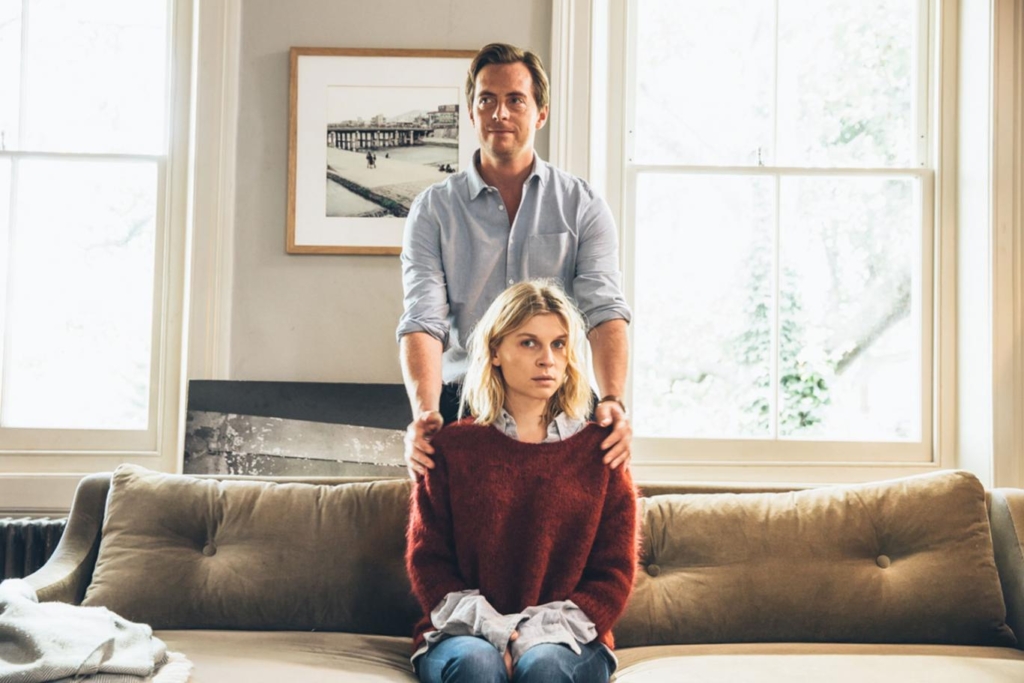 An unfortunate series of events lead to Theresa miscarrying, and subsequently she and Jon return to their second home in Frankfurt to console themselves away from the imminent stork delivery upstairs. Cue a jump in time to after the arrival of Kate and Justin’s baby boy, little Billy.

When Theresa and Jon eventually return, there is a huge sense of jealousy towards the new parents, and things begin to get weird. Without going into too much detail and spoiling the film, I will say that THE ONES BELOW is comparable with both “Rosemary’s Baby” and “The Hand That Rocks The Cradle” – and it left me with a feeling of dirtiness in its ultimate outcome. 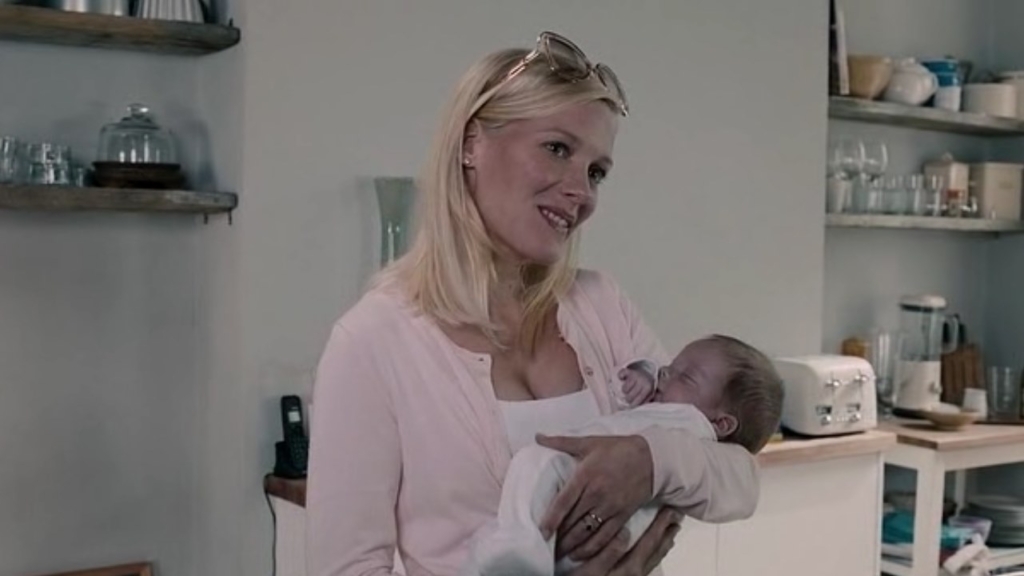 Farr, who wrote and directed this picture, has some very impressive writing credits in his back catalogue, including Hanna, The Night Manager and Spooks. His direction of this film doesn’t present anything earth shatteringly innovative – but it is effective and tight.

There’s barely a line of dialogue or a shot in The Ones Below that isn’t absolutely necessary – but this is also a downside – for me, this was a script that deserved to have more atmosphere and sense of location built up to enhance the story. However, you can tell that this wasn’t a big budget production, so you can forgive the filmmakers for this. 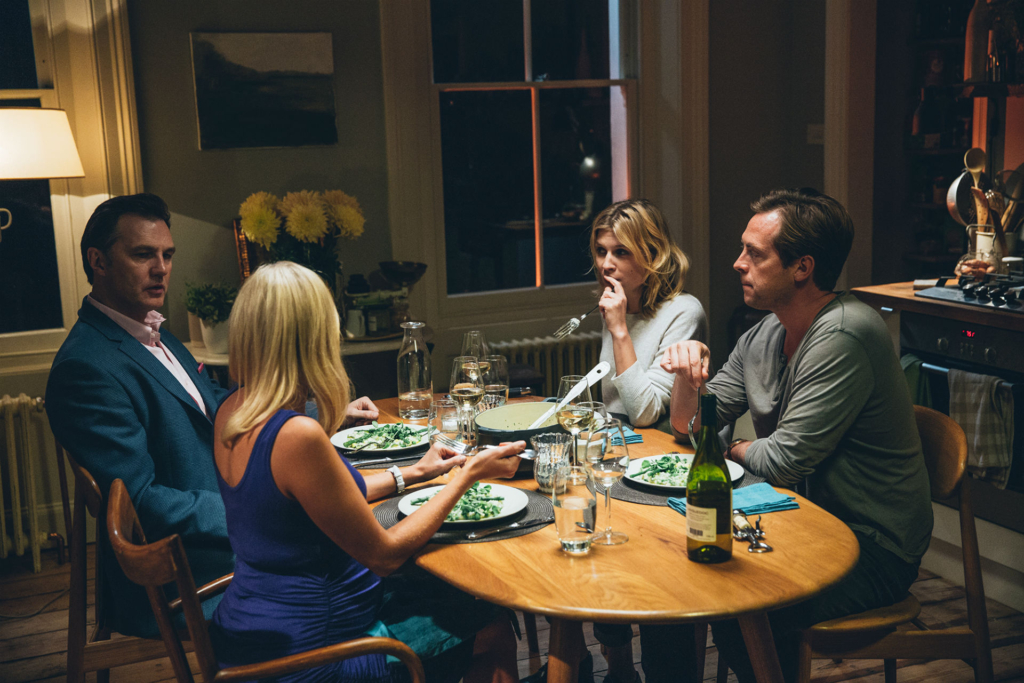 The music works well without being spectacular, and the performances really make this work effectively as a thriller…but it’s not one for those seeking gore or jump scares.

With a solid festival run behind it (including screenings at Toronto, Berlin and London), the film is available in most countries (including NetFlix), and is worth watching if you’re seeking something more unsettling than scary.