“The Lullaby” is a highly effective new horror film that takes motherhood in a terrifying new direction, with powerful performances and haunting imagery. 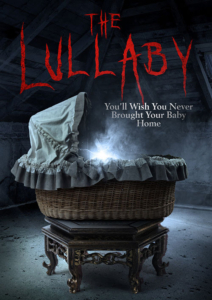 Darrell Roodt’s 2018 film, The Lullaby, may, on its surface, seem like a familiar tale.

From classic films like Rosemary’s Baby and The Omen, to more modern fare like Inside and Shelley, the story of some kind of “demon child” or otherwise horrific pregnancy and birth has become a horror sub-genre of its own (and although the aforementioned films are excellent, many of the newer films in this category rely too heavily on generic plotting and other cliches).

But director Roodt, along with writer Tarryn-Tanille Prinsloo, manage to take the conventions of the sub-genre and make them feel fresh, alive, and frightening.

Much like a children’s rhyme itself, THE LULLABY lingers in the mind long after the closing credits roll. Through a wicked backstory that is both scary and original, exceptional performances (especially that of Reine Swart) and imagery that will disturb audiences everywhere, THE LULLABY is nothing short of terrifying.

Audiences learn early on in the film that a young woman named Chloe (played by Swart) once fled from her home, her escape clearly an attempt to hide away from her ice-queen of a mother (in a chilling performance from Thandi Puren). When Chloe returns, she has just given birth to a baby boy. Now the film’s prologue — featuring the savage killing of a baby at the hands of a priest in a British concentration camp — takes on an even more disturbing meaning. 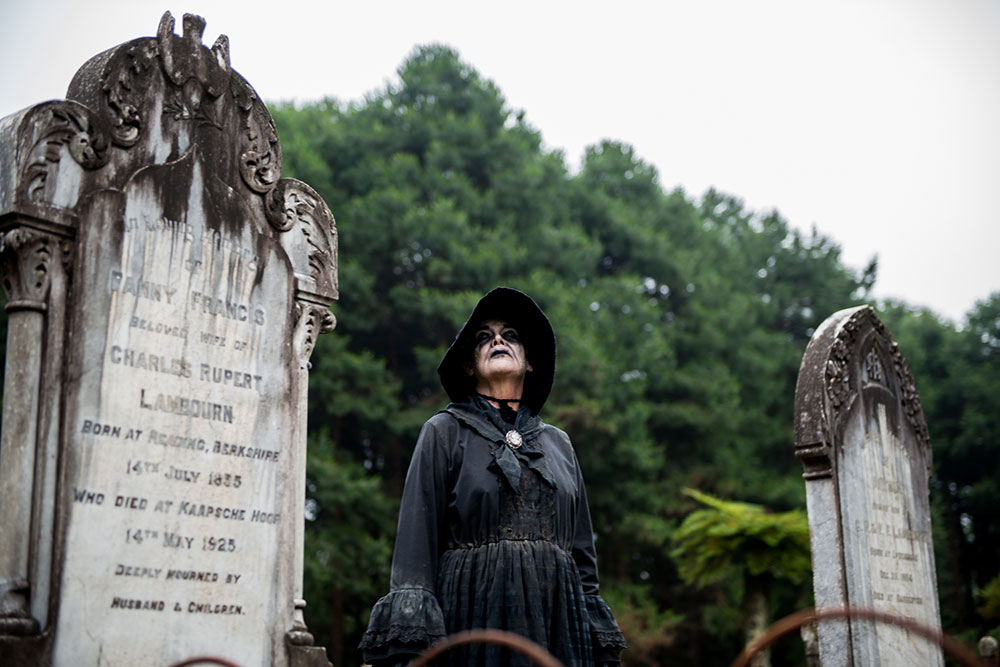 As Chloe grows more unhinged, as she struggles to fall asleep, as she begins seeing horrific images and creepy shadows, and as her own physical appearance begins to deteriorate, audiences wonder just how her tragic story and mental delusions will connect back to The Lullaby’s disturbing opening minutes.

Is Chloe suffering from postpartum depression? Is her mother a psychotic control freak? Or is there a strange entity stalking Chloe’s newborn? If so…why? And what does it want?

Given the dark and sinister subject matter of the movie, the atmosphere of Roodt’s film could not be more appropriate and effective.

Most of the action takes place in the house where Chloe now lives with her mother and child. While The Lullaby will satisfy those craving a little gore, and while loud noises and screams will make audiences jump, the movie really shines through its steady undercurrent of menace and dread.

Viewers will never feel entirely safe while watching the picture; as the film moves along, the phantasmagoric imagery increases in its horror, the house becomes more and more claustrophobic, and Chloe grows all the more deranged. These facets culminate in a climax and a conclusion that effectively links the different time frames of the story together.

Die-hard horror fans are always searching for that new film that will really chill the blood. Unfortunately, a lot of what constitutes “horror” in the movie theater these days rarely accomplishes that goal. But The Lullaby is a genuinely eerie film, meant to be watched in a dark room and with full attention paid to the spooky visuals, evocative score, and crumbling psyche of the protagonist.

Darrell Roodt’s The Lullaby is released by Uncork’d Entertainment and is now available on VOD.