“Midday Demons” is a quietly eerie film — a captivating and beautifully filmed supernatural, folk horror tale that rewards viewers for their patience. 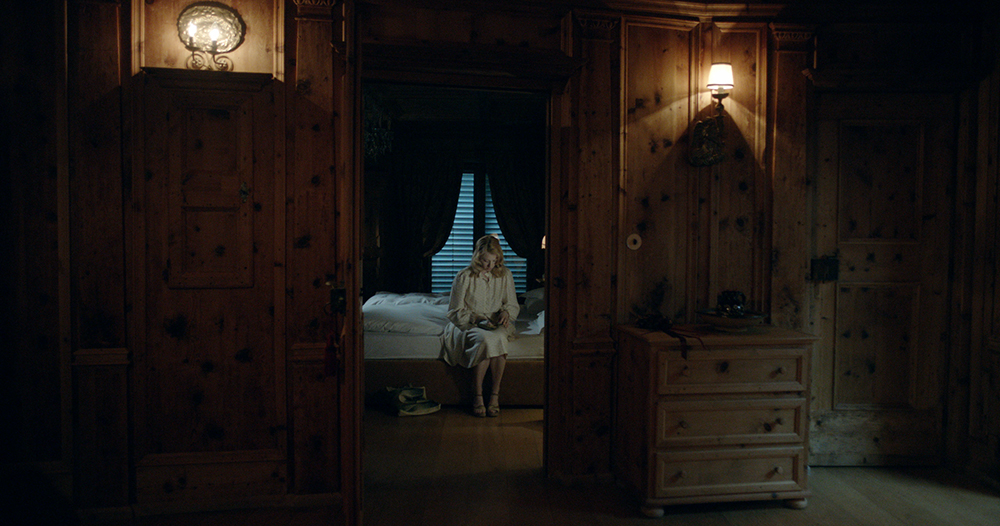 Midday Demons reminds me of those classic dramatic BBC miniseries, such as The Woman In Black. It is slow-paced, exceedingly so, and begins with more of an intellectual haunting. The costumes and the scenery steal your focus. This is an absolutely gorgeous movie. Director Rossella De Venuto has a delicate touch, and she takes care with every scene and every detail of the set design.

The film centers on a married couple living in Dublin. Megan (played by the beautiful Fiona Glascott) is a successful artist and married to Leo (Pietro Ragusa), an Italian architect. Leo  receives some tragic news. His acclaimed and influential uncle, a Catholic priest named Monsignor Domenico (Salvatore Lazzaro) has passed away. The couple then heads off to his Italian hometown for the funeral and to settle the inheritance, a large palatial home. The town of Apulia is lovely, and Megan becomes enamored with the history and the culture of her husband’s hometown. Initially, his family is friendly and accepts her. But there is an underlying sense of genuine suspicion. Leo’s brother, Nicola (Federico Castelluccio), is a priest. And while he is polite, he has an obvious expectation of his brother and his wife: they will sell him the estate and return to Ireland.

To complicate matters, the uncle was honored as a healer. In his death, he is being considered for beatification by the Catholic church and is on track for sainthood. The Vatican has sent an investigator, Father Van Galen (Ray Lovelock), to check on his background and the claims of miracles surrounding the deceased priest. Father Van Galen meets with the family and remains cautious but optimistic. 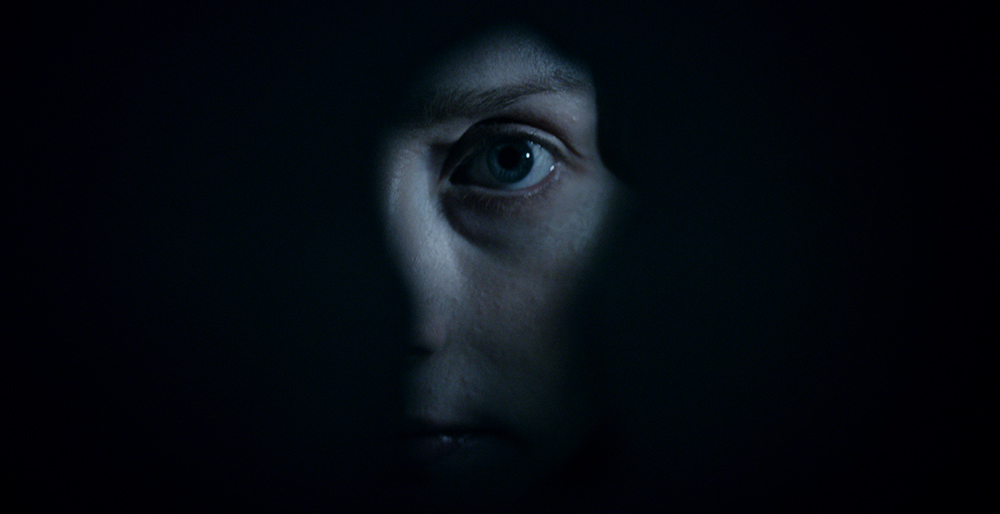 While Megan loves the history of the magnificent estate that her husband inherited, she has unsettling feelings of being watched and keeps seeing items moving and falling.

Frightfully clear are the shadowy figures that she catches lurking around the home. This leads to many disturbing dreams of a young girl, which forces her to research the history of her husband’s family.

Soon afterward, a family tragedy occurs, and her in-laws change their tone with her. Suddenly, she is treated with fury and hostility. She is undeterred, however, and the couple extends their stay in the home. This allows Megan to unearth secrets about the Monsignor. Her visions of the young girl and her investigation lead her to a shocking realization. Meanwhile, the townspeople seem to have suspicions of their own. And after Megan reaches out to Father Van Galen, he mysteriously meets with a violent demise.

The compulsion to find the truth drives her deeper into her obsession, forcing her to keep going until she puts all the pieces together. Megan and her husband face a life or death confrontation at the film’s conclusion that feels like something ripped out of a Shirley Jackson novel. 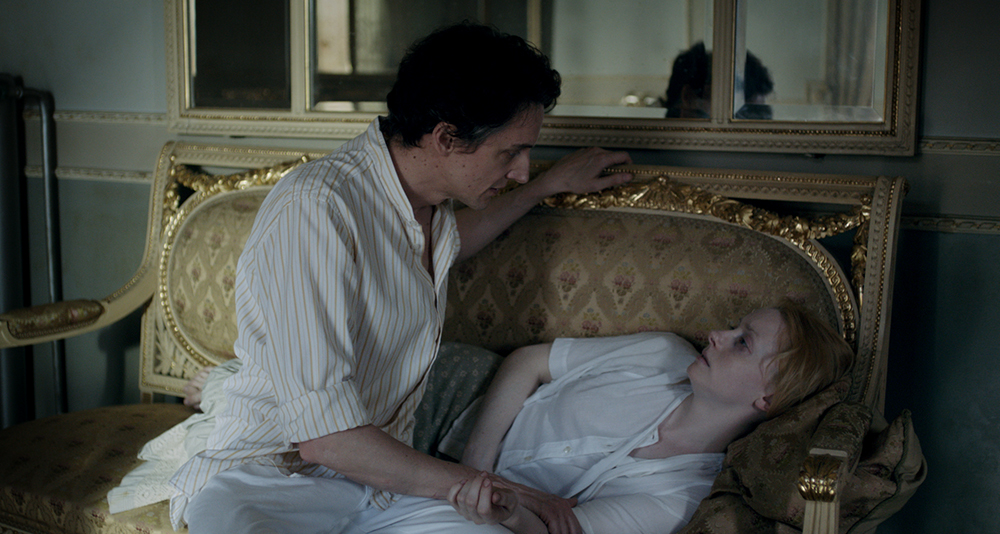 The film benefits from excellent performances.

Fiona Glascott is especially compelling playing a possessed character and serving as the film’s heart and soul. And while her husband is genuinely aloof, Pietro Ragusa plays him with believability.

That’s not to say the film is flawless. Certain characters appeared to be unquestionably one-dimensional, and the sister-in-law (Bianca Nappi) was a bit over the top. Further, the movie was slow at times.

But that didn’t detract from my enjoyment. I appreciated the incremental way Megan’s despair and desperation ramped up throughout the film. The scenes with the historical buildings and the beautiful surrounding lands were very eye-catching, and the atmosphere was inviting from the start. I also loved that, as the film became significantly bleaker, so did the setting and visual cues. Additionally, I was impressed by the costumes and the vintage clothing which fit the very Italian style of the film. 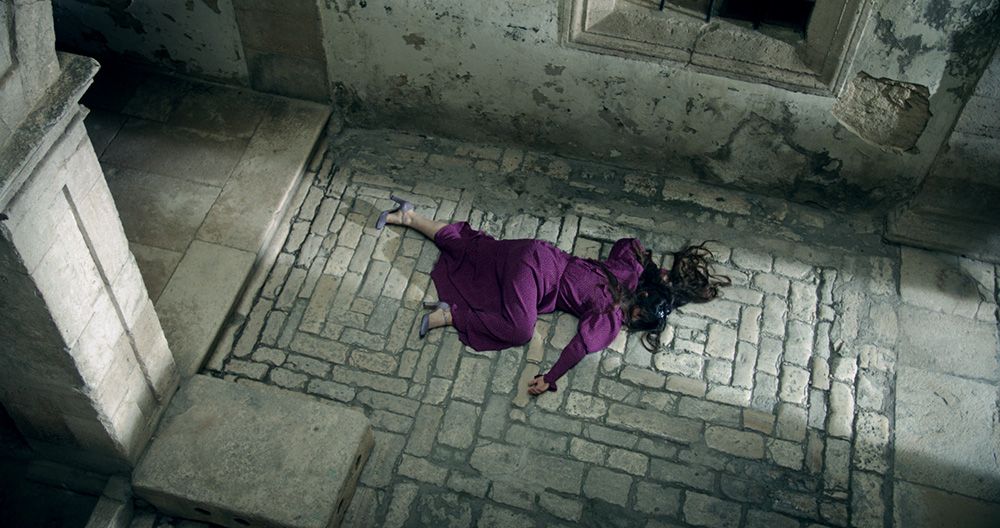 The costume design work by Antonella Cannarozzi and the production design by Sabrina Balestra are the real show stoppers of the film.

Unfortunately, while the outcome was far from a friendly one, hardcore horror fans may not be interested or have the patience for this film. The violent scenes are few and mostly just implied. Further, the film felt a little abbreviated. But perhaps it was just my love of the film that made it feel too brief. It left me wanting additional footage. With that said, it was outstandingly edited, and it flowed really well.

The conclusion was heartbreaking — folk horror at its best. While it may not appease fans of gore or overt scares, those who are fascinated by social psychology should love it as that’s a very important aspect of this gothic film.

If you enjoy dark tales about the dangers of groupthink and have an urge to take in a slow but splendidly directed supernatural tale, I would definitely recommend you give this one a watch.

Midday Demons is now available on digital via 1844 Entertainment.