The latest in the American Guinea Pig saga, Song of Solomon is everything I hoped for and so much more — a masterful work of cinematic art. 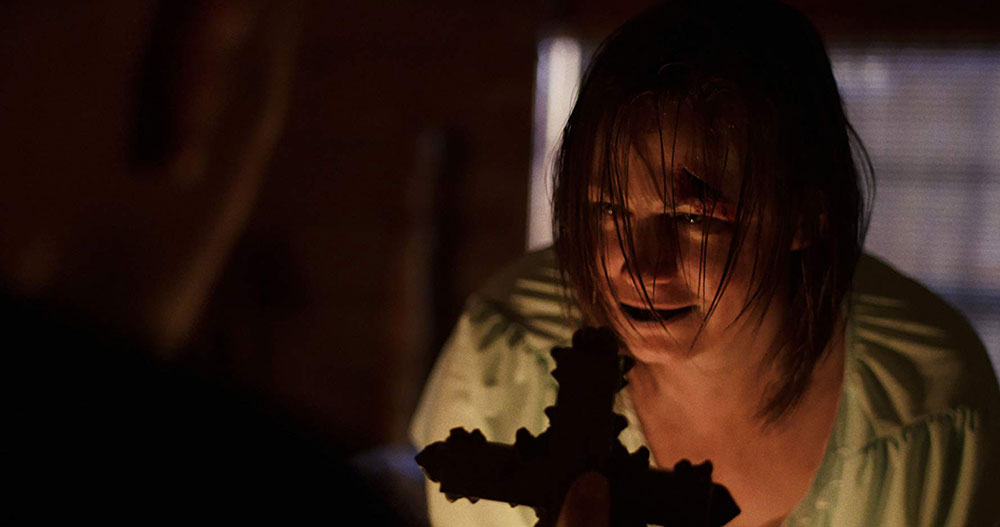 In the independent extreme horror community (which is considerably large), this is one of the most eagerly-anticipated films in years.  So much has been said about Song of Solomon already. I wonder if there is anything new I could possibly bring to the table?

Seeing it for the first time was strange, because I knew what to expect, yet I didn’t know what to expect. I don’t know what you expect from it, but I’m going to try hard not to spoil anything. Even with all the Internet saturation, there are a ton of surprises and shocks that await you.

So that means, once again, I will be giving another slightly vague and impressionistic review. 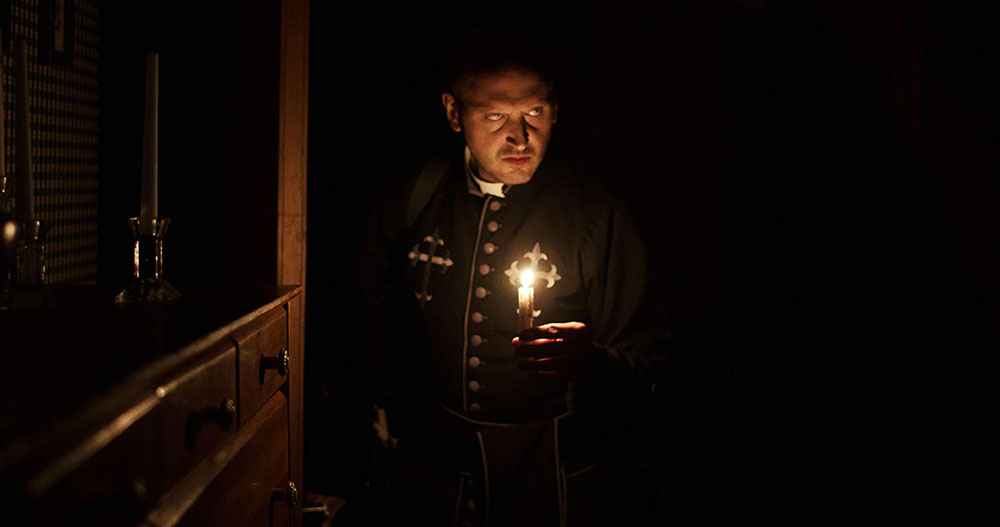 The words in Song of Solomon are just as affecting as the flesh-ravaging human destruction. The performances and the special makeup effects cannot possibly be praised highly enough, but the script, specifically the dialogue between the demons and the priests, gives the film its sinister magic.

I don’t think anyone who has seen The Exorcist will disagree that it is a cold movie. The actual color scheme is all chilly whites, greens, and blues. This is especially evident during the climactic exorcism sequence. I’m not complaining or knocking the storytelling or the production design. The cool blue atmosphere makes complete sense because not only is it supposed to be below freezing in the room itself, but also because all the lighting in the room is artificial. Flashlights and lightbulbs illuminate the bedroom, and electricity should be associated with pastel blues and clinical whites.

There is an element of surgical sterility to Regan’s bedroom, which reminds me of the medical tests she has to endure in the middle of the film, and the antiseptic light tubes that cling to the ceilings of the hospital. Exorcising Regan was a religious rite, but it looked like a surgical procedure. 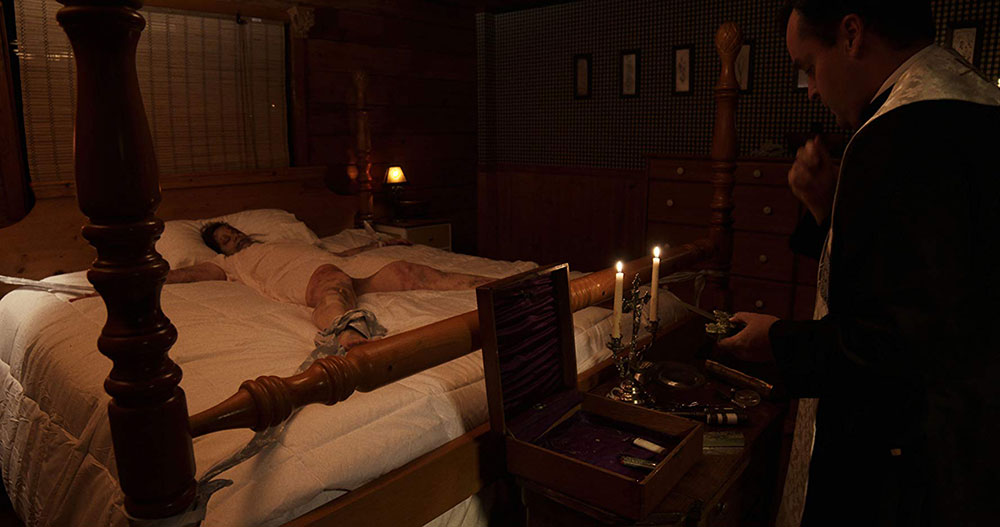 There is a luscious and misleading warmth to Song of Solomon.

Unlike The Exorcist, the interiors of the wood cabin in which it takes place have a calming, rustic vibrancy. Only safe things happen in cozy places like this, right? Yet the walls seem to struggle against a horrific energy. The tranquility of the setting is being cancerously tainted by the hateful, supernatural forces within the victim.  here are many black and sepia shadows, and hiding within them may be spirits of redemption, or creatures of blasphemy.

Most of the exorcism is done by candlelight, and this gives the rotting and blood-soaked Mary a glow of golden hellfire. She crawls on the bed, slithering in and out of the shadows, and snarls over the shimmering crucifix and candelabra. These are powerful and unforgettable images. 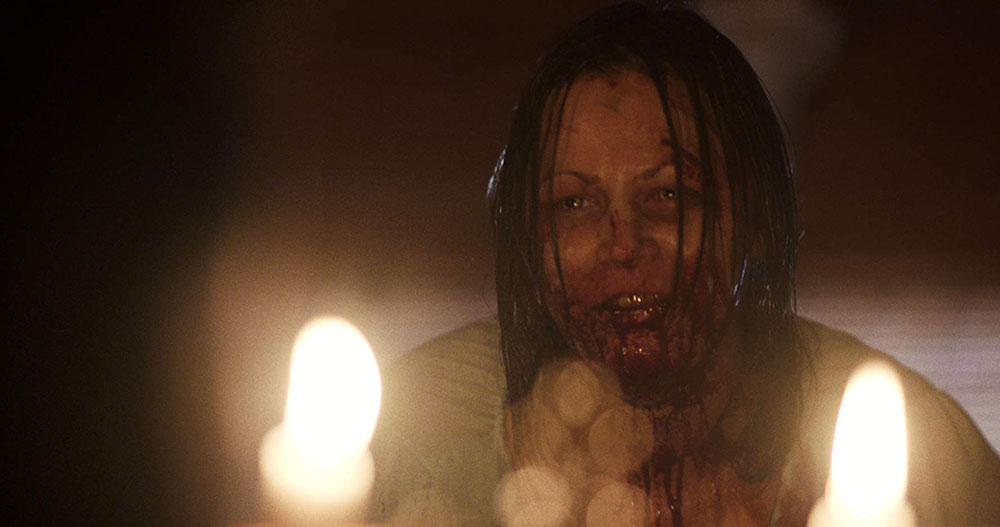 The foreground and background are complete contradictions, yet they both swim in the same black and rust-colored waters. It is so beautiful to look at, yet Mary’s body becomes more damaged by the minute. It was a brave, brilliant, and disarming decision to shoot it by candlelight.

A big part of what makes Bouquet of Guts and Gore so vile and dangerous is the fact that it looks so real. There is no artistic safety net to fall back on if you get too freaked out. Bloodshock exists in its own stylistic realm. Black and white films usually do. The lack of color removes them from tangible reality, yet the torture and heartbreak in Bloodshock keeps us connected to it, tendons and intestines intertwined with pain. 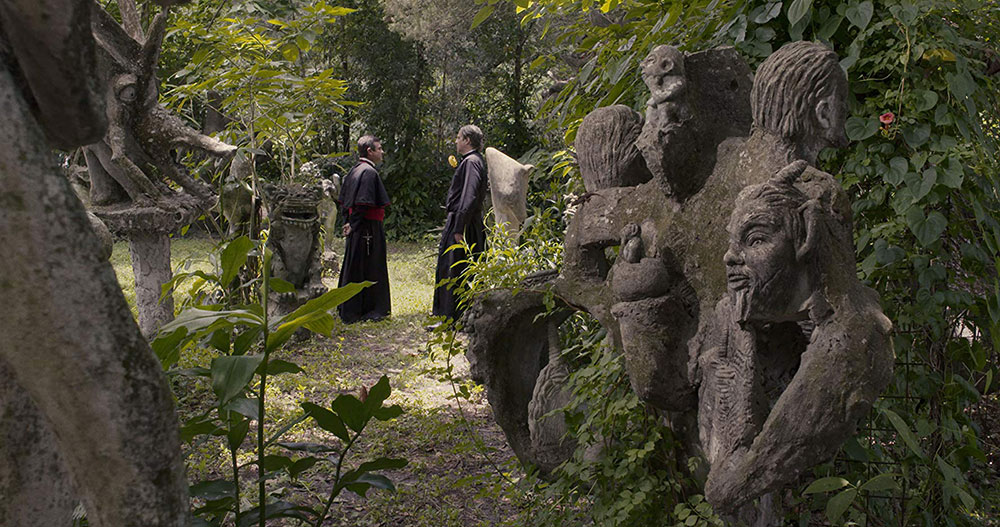 But Song of Solomon is an assembled vision, a creation, through and through.

Its visual sophistication gives it a sense of fantasy in that it is not intended to be looked at as snuff. There is a deliberately constructed atmosphere of sight and sound. Because of this we could come to terms with, and enjoy, what we are seeing. This time, there is no mistaking that American Guinea Pig is “only a movie.”

In Song of Solomon, Mary’s exorcism takes place over the course of the entire film. The sequence isn’t just an anticipated climax, teased and pushed to the end of the movie. It is the whole movie. 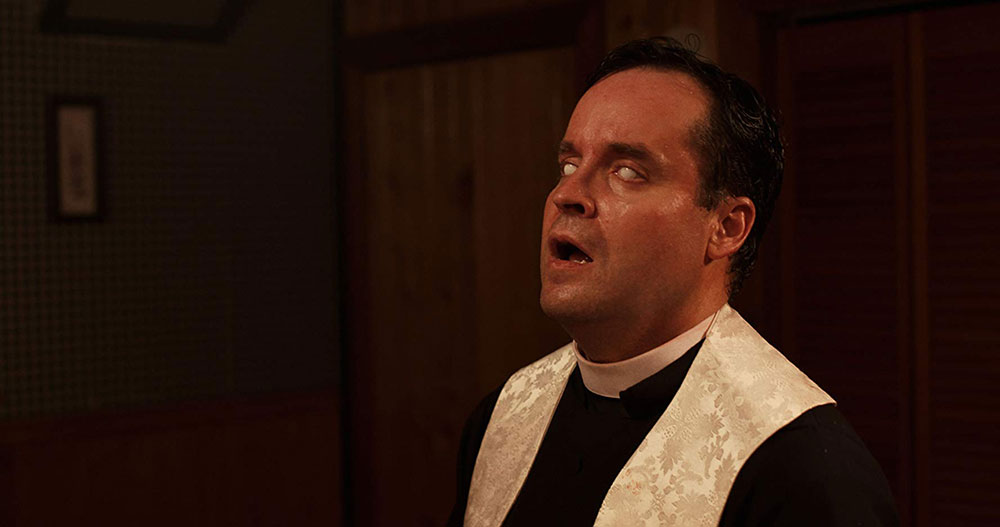 It is grueling and has varying levels of intensity, depending on the power of the demons possessing her. Even though we are focused on the exorcism, in the grand scheme of things, the fate of the entire world pivots on what happens in Mary’s tiny bedroom.

The rites of exorcism, the steps, the consequences, and the demon hierarchies are vividly articulated, and showcase what, I believe, is the true star of this movie: the screenplay.

So much attention and praise have been given to the gore effects and performances. Deservedly so, but I thought some other aspects of this game-changing achievement deserved my attention. 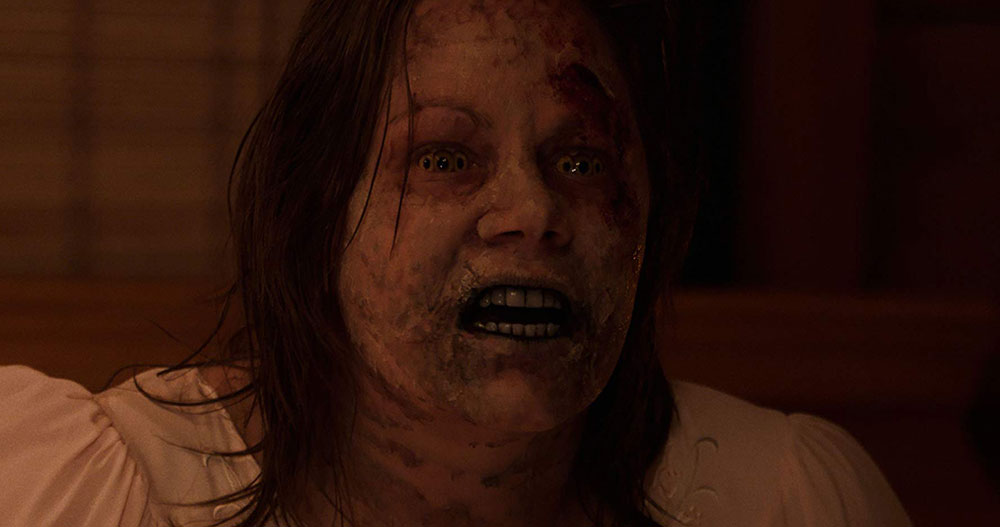 The lighting and photography make this a moving, breathing Goya painting. And the words are so intelligent, and so evil. You are encouraged to view this movie multiple times and keep an ear open for the things the priests, and Mary, are saying. I found myself cheering “FUCK YES!” multiple times, but it was because of what I was hearing.

Song of Solomon is going to bite a tiny bit of your faith in humanity off every time you watch it. But that is a great thing, because when all is said and done, the emotional trauma you may experience when watching it proves how unstoppable the power of art is. And this film is another great example of how horror can be pure, unflinching, unapologetic art.