Touching, funny, dark but somehow hopeful, “Spontaneous” is that rare film that captures a gamut of emotions — and does it beautifully.

I read a lot about Spontaneous before watching it. It was billed as a horror rom-com, which didn’t exactly pique my interest; I’m not much for romantic comedies. However, the more positive reviews I read, the more I was convinced there must be some merit to the film. Thus, I decided to dive in — with zero expectations.

We meet Mara (Katherine Langford, 13 Reasons Why), a sarcastic high school senior who’s adept at pithy one-liners and has a genuinely jaded outlook on life. Her best friend since elementary school, Tess (Hayley Law, Riverdale), is a bit less cynical. But the two girls have an ironclad friendship despite their personality differences. Sitting in class one day, the unexpected happens: a student spontaneously combusts, exploding in gore, blood, and tissue all over her fellow classmates.

This sets off an epidemic of teenagers, specifically seniors, exploding for no evident reason. As the government steps in to figure out what’s going on and doctors run tests looking for cures for the phenomena, Mara and fellow student Dylan (Charlie Plummer, Looking for Alaska), begin to get close. This is the “rom-com” part of the movie. There’s nothing like knowing you may die any second to give you the courage needed to declare your feelings for your crush!

These two have great chemistry, and the affection mounting between them is palpable, making their blooming romance enjoyable to watch.

Between laugh-out-loud moments and clever dialogue, this movie had me cracking up within the first few minutes, and there are some super-cute moments. 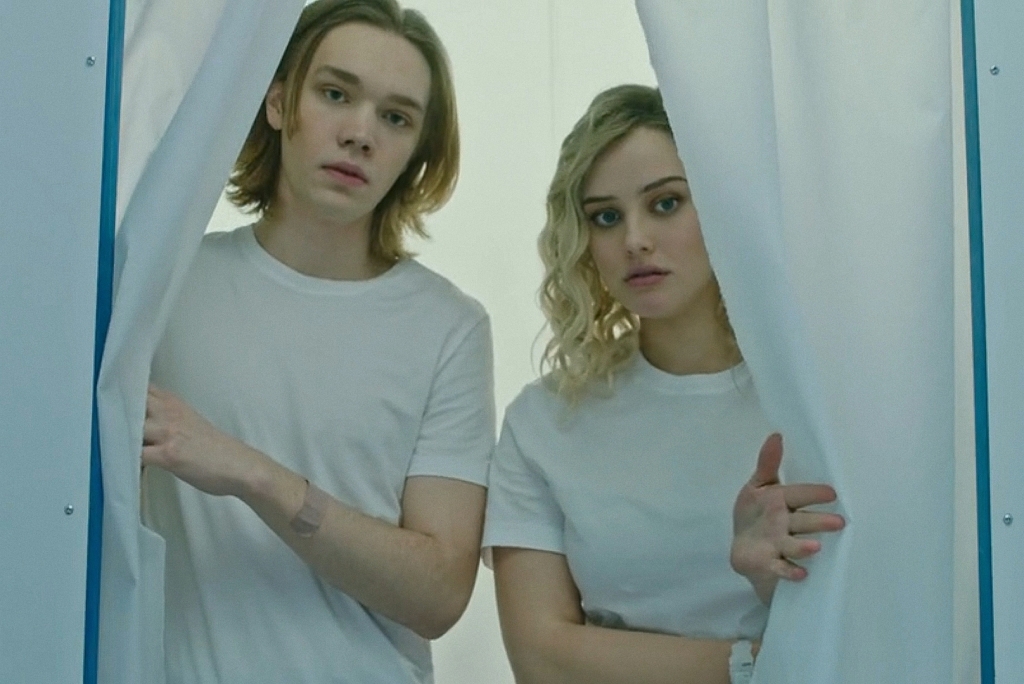 Some of the cinematography is also interesting and appealing, especially during flashback sequences as the characters narrate past events while they unfold before us.

However, as the story gets darker, it becomes less of a comedy and more of a story of survival. Even though the tone becomes more dismal, the characters keep you engaged. There are some genuinely hilarious moments as well as some existential crisis-type thoughts that make the takeaway of the film more important and appealing.

What’s interesting about SPONTANEOUS is the multiple parallels to what’s going on in our lives right now (ie, coronavirus). There’s something unexpected and scary lurking, threatening our lives and the lives of the people we love. Click To Tweet

Though the ending may not be exactly what I had hoped for, it felt true to the characters and to where the film was heading.

I laughed, I cried, I enjoyed well-placed Easter eggs for horror fans and heavy doses of nostalgia. 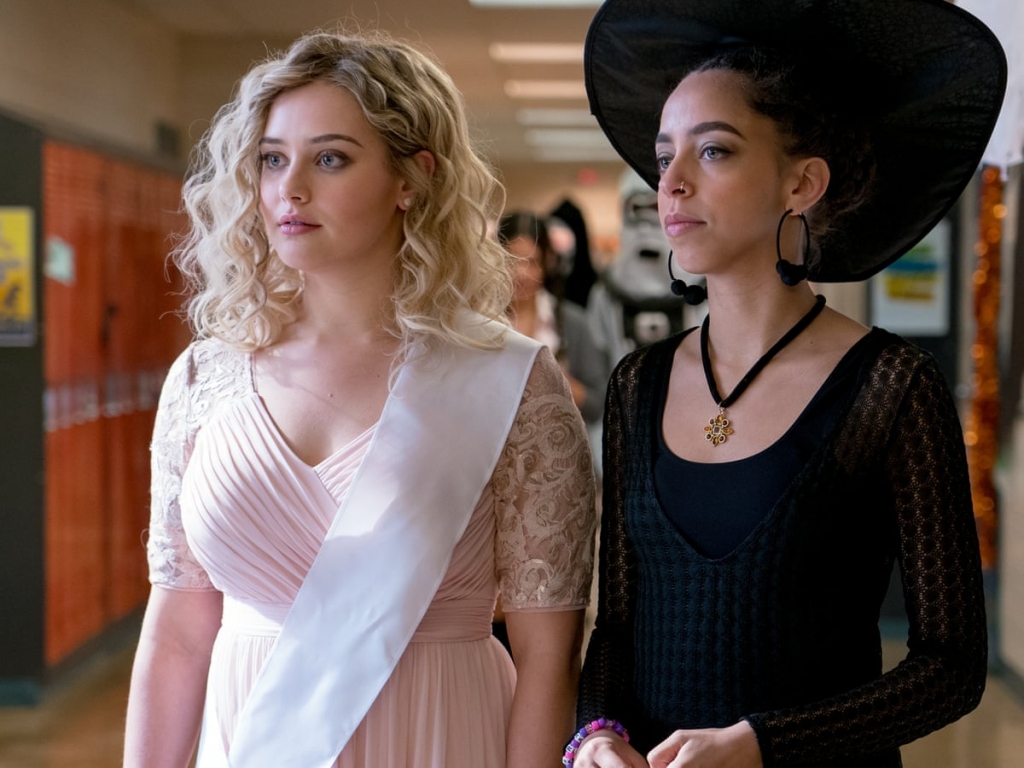 Like horror/black comedy hybrids that came before it, especially with high school-aged characters such as Heathers, this film mirrors the actual horror of the combustions and terror as a metaphor for being a teenager.

The explosions could be a metaphor for so many issues teenagers face, including impending graduation and the uncertainty of the future, school violence, drug and alcohol issues, relationships, sex, and more. That wasn’t lost on me as the movie went on.

Don’t miss this heartwarming horror film that has a lot to teach all of us no matter how old we are. We may not have any control over our lives or how they play out, but we can control how we live them. And sometimes, that’s all that matters.

Tomorrow isn’t promised. Today may be all we have. So live like it. Live every moment, every second, like it’s your last. And hope to God you don’t explode in Pre-Calc.