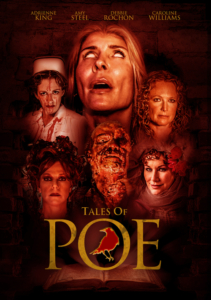 Tales of Poe is another entry in the growing number of anthology films to be released lately and consists of 3 Edgar Allan Poe stories: “The Tell Tale Heart”, “Cask of Amontillado” (in the film as “The Cask”), and “Dreams”.

The stories that make up the film each give a unique and new spin on the classic tales and showcase such female horror icons as Debbie Rochon, Caroline Williams, Amy Steel, and Adrienne King. 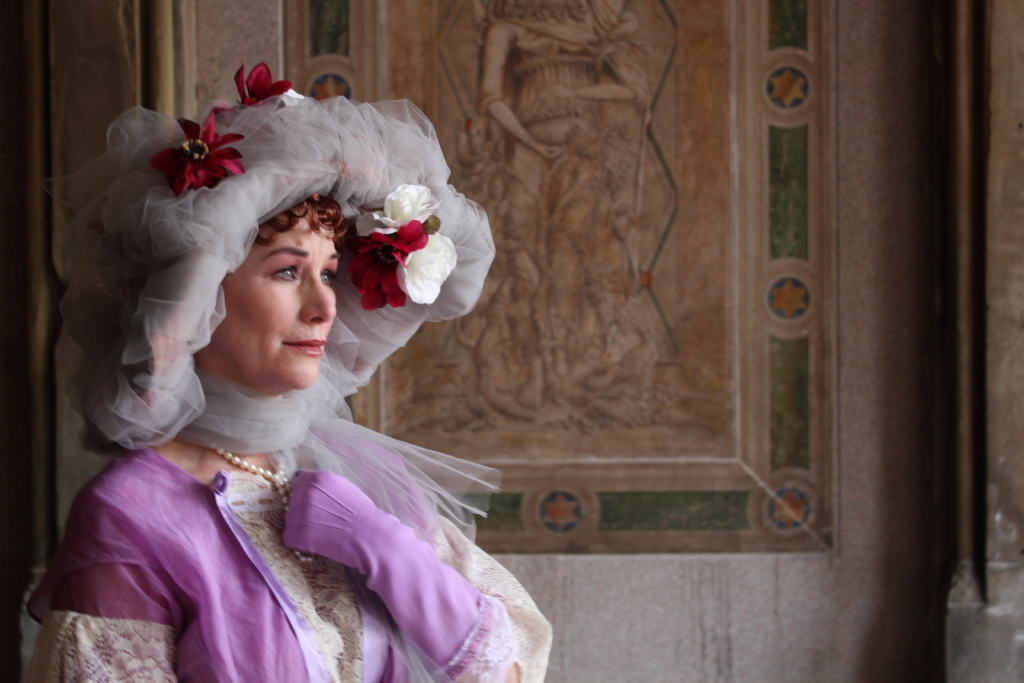 I’m not going to pretend to be an Edgar Allan Poe expert, but I am particularly fond of “The Tell Tale Heart”, and I found this opening to the film a masterful portrayal of the classic story. Watching Debbie Rochon not only act out my favorite Poe story but narrate it as well was a complete joy. Her performance once again demonstrates why she is an indie horror icon. It’s an effective spin on the classic. And when Rochon says the line, “Mad men know nothing,” it’s bone chilling and an incredible moment in the segment. 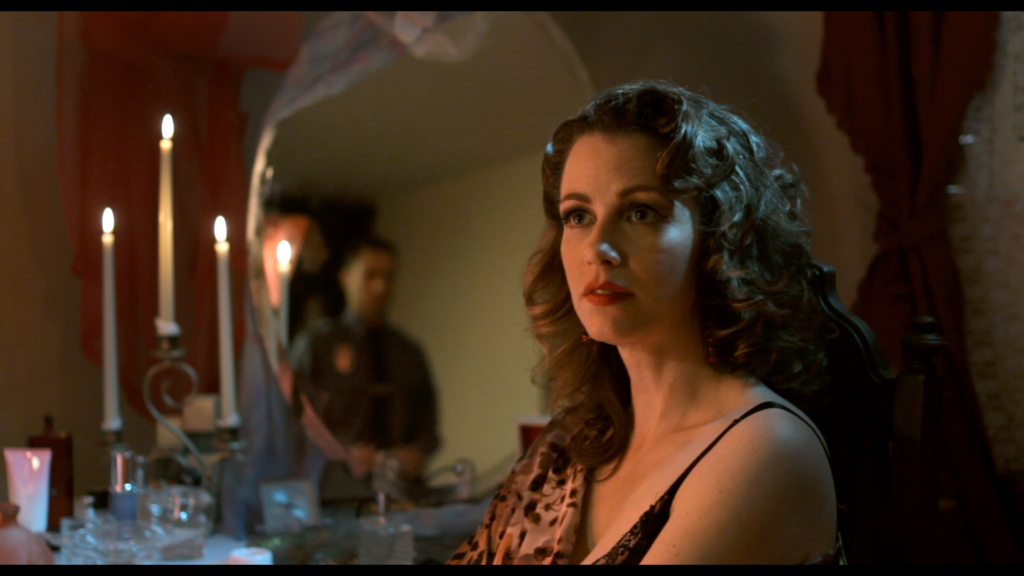 My own biased familiarity with “The Tell Tale Heart” left me thinking it was a dangerous choice to open the film with such a strong story; opting to hook the viewer right away instead of saving the more recognizable fare for later and building up to it as the film progressed. That said, the second tale in the film is “The Cask”, and it did not disappoint. 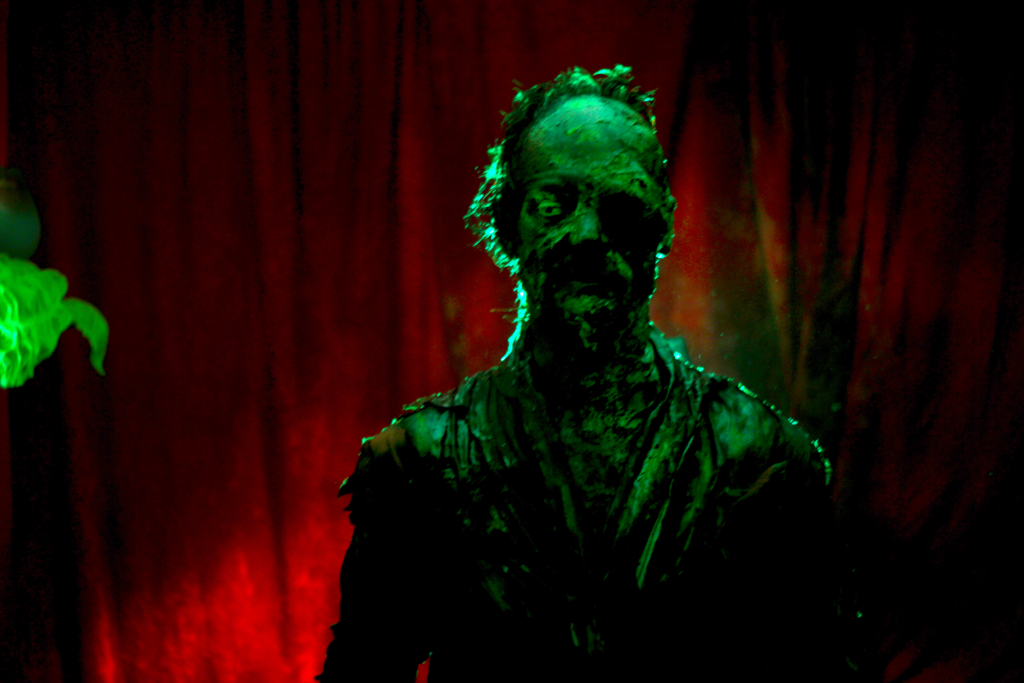 All seems well in” The Cask” as a wedding celebration is in full swing with seemingly good time being had by all. However, the music and close ups let us know something isn’t right. A claustrophobic feeling of paranoia quickly unfolds around the presence of a mysterious dark figure, as the party descends into the cellar in search of more wine. Naturally, this is where the party takes an extremely entertaining and deathly fun turn for the worse. Randy Jones gives a fantastic, melodramatic, and exhausting performance in this segment as the doomed newlywed husband. The performance is the stuff of indie horror legend: gloriously and desperately over the top and spot on. This fun performance is capped off with plenty of blood and a wonderfully eerie and smile inducing un-dead corpse that recalls Creepshow and the best episodes of “Tales From the Crypt”. 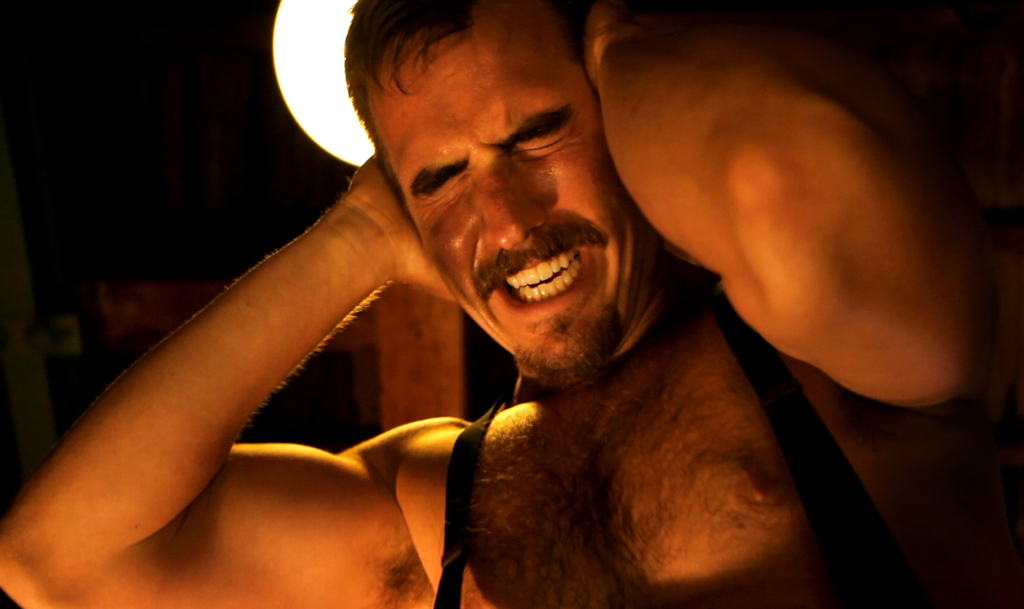 The third and final tale starts off very surreal and quickly becomes nightmarish, with haunting visuals and terrifying sounds. It’s without question the most artistic story of the film, with very few speaking parts and a lingering and visual style that fuses Argento, David Lynch, and Terrence Malick. “Dreams” is a complete visual nightmare, and the costume design and art direction in this sequence are stunning. This segment may lose a few viewers, as it requires plenty of patience and a willingness to allow the imagery to sink in and trigger an emotional response. It’s also a sudden change of tone from the previous two short films. However, it is beautifully done and populated with the likes of Caroline Williams, Amy Steel, and Adrienne King. So viewers of the “Dream” segment are rewarded in more ways than one. 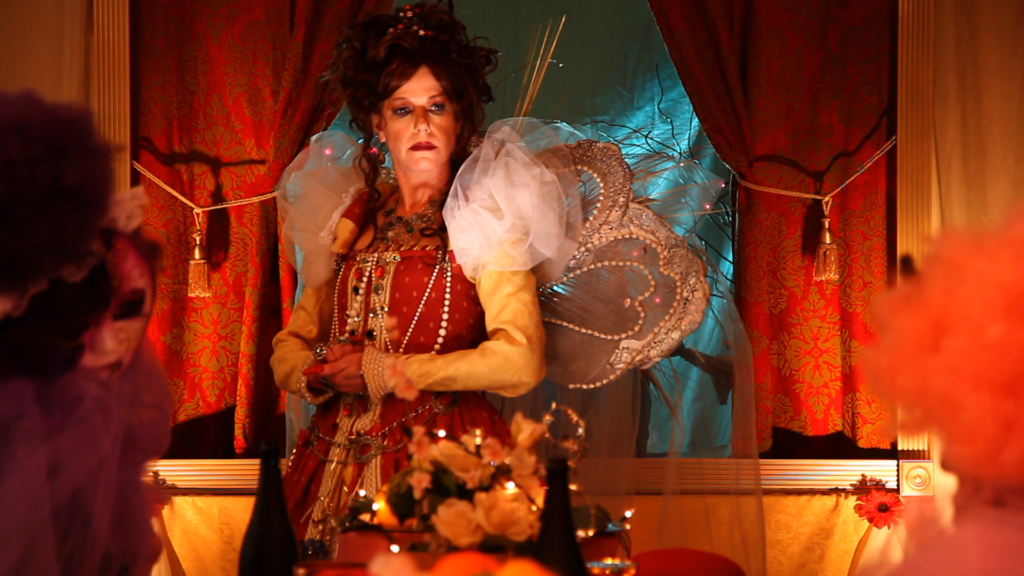 As a whole, Tales of Poe does not shy away from making the viewer uncomfortable. Whether it be the prolonged dragging of a table across the floor, the incessant ringing of bells, or devilish and maniacal laughter, the viewer is kept in a state of unease — constantly reminded of the dreadful unpredictability of the stories. With October and the Halloween season upon us, Tales of Poe is a wonderful anthology for horror fans to enjoy and revel in. And after watching this, I’m positive that plenty of people will be pulling