“The Assent” rises above your standard exorcism film, pulling you into its kaleidoscopic story of horror and leaving you guessing until the very end. 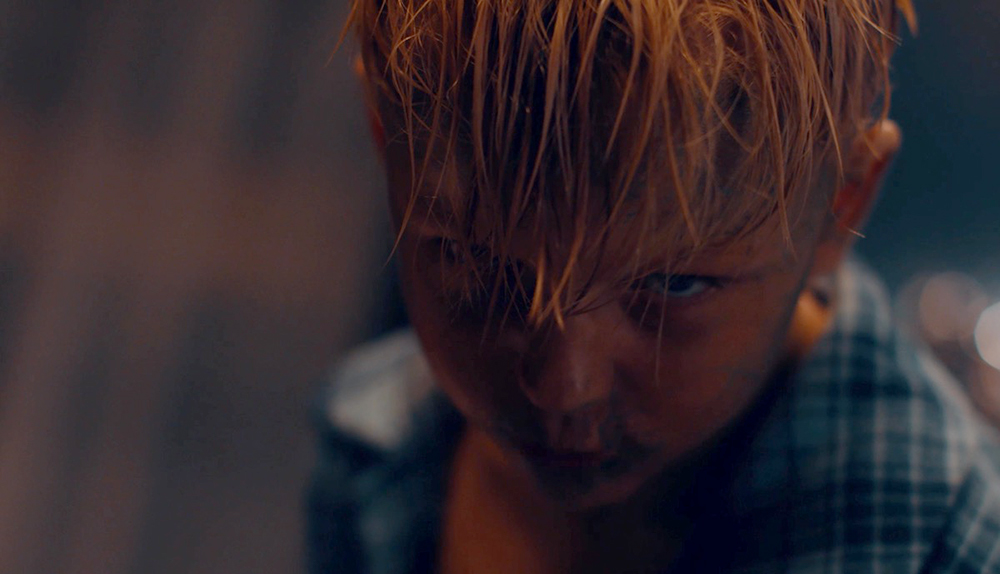 He is an older grizzled man who, despite his time spent behind bars, does not forsake the path of the righteous. He and his partner Brother Michael (Douglas Spain, Band of Brothers) instantly begin reviewing their tapes in hope of finding the evil responsible for the boy’s death. This drive brings them together with the troubled Joel (Robert Kazinsky, True Blood) and his son Mason (Caden Dragomer, Pooka).

Before the characters intersect, The Assent spends its time weaving a tapestry of pain and solitude. 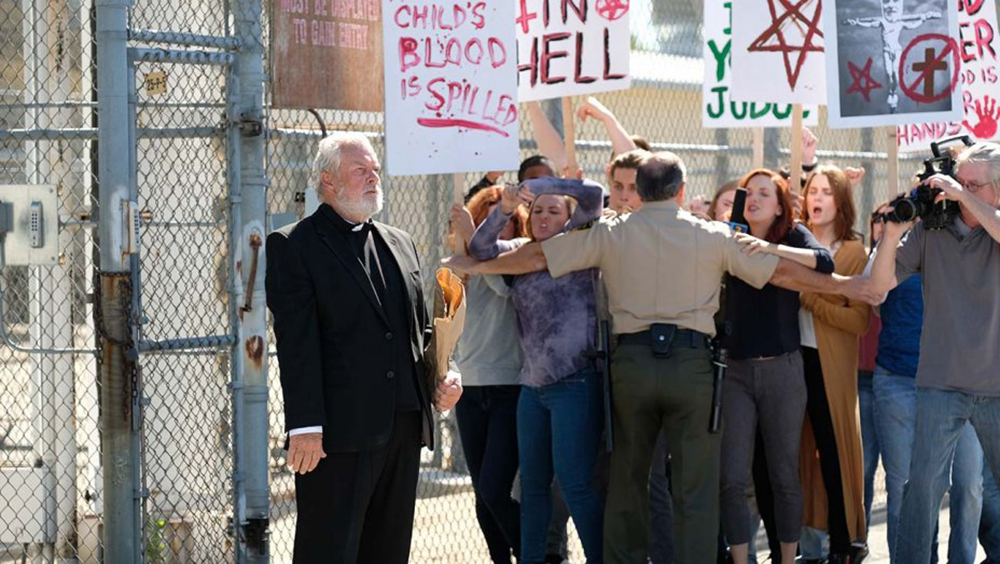 Joel works hard and has a deep and obvious love for his son. However, he is alone in raising Mason, barely making enough to pay for the mandated babysitter Cassie (Hannah Ward, Sunny in the Dark). It is hinted that something happened to his wife, something that is possibly his fault. He’s also schizophrenic, and much of the initial darkness in the film comes from his breaks with reality. While his medication assists him, the continued stress of his life makes it less and less effective.

Things become the hardest in his life when Mason begins to show the early signs of schizophrenia. This causes Joel to go into an emotional tailspin which builds into the tense powder keg this movie becomes.

The whole story is told through the eyes of Joel.

His lack of stable footing into what is and isn’t reality, based on his schizophrenia, adds levels to the traditional exorcism movie that many lack. 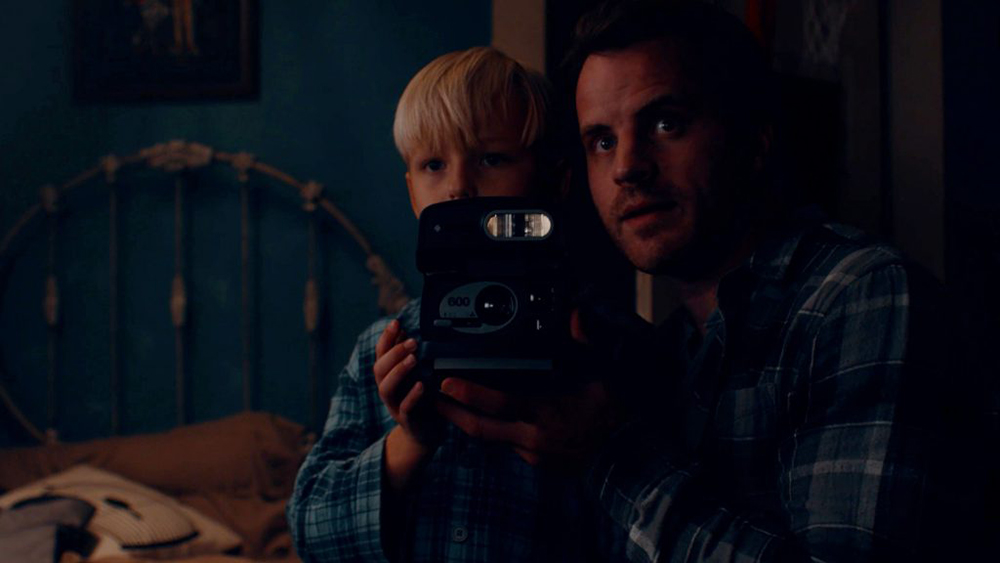 We are given a man who barely believes what is going on with his son due to his struggles with seeing things himself. He has been taught that what he sees can’t possibly be real, so when true darkness comes for his son he is unsure of what to do. His own schizophrenia continues to cloud his judgment and fuel his doubt.

Like demonic possessions mentioned in the film, The Assent is a story told in 3 parts. First is The Presence, shown to the viewer as sorrow and helplessness. Joel is suffering and the thought of failing his son causes him great emotional turmoil. Father Lambert is haunted by his past, never able to be a welcome part of the church he so strongly devotes himself to.

An unexpected call by Joel to his doctor (Florence Faivre, Agents of Shield) signals in the 2nd act. This is the Affliction. This is where the exorcism finally comes into play.

However, the way the film focuses on this rite is incredibly refreshing.

Instead of your movie standard, made famous by The Exorcism, The Assent gives us a trippy hell-ride that feels like the love child of Naked Lunch and the tunnel of terror scene from Willy Wonka and the Chocolate Factory. This is where the true strength of this film shows.

While the acting is all incredibly well done, the show stealer is a 3-way tie between the camera work, use of color, and special effects. Director Pearry Reginald Teo (Cloud Atlas) really shines through, as he creates a world where the viewer can’t tell what is real and what is a hallucination.

The 3rd act, The Assent, is far too good to spoil, and it is so mind-bendingly shot that words alone cannot do it justice.

The Assent pulls out all the stops for the climax of this film and leaves the viewer completely shaken as to what might be real, even outside of the construct of the film. 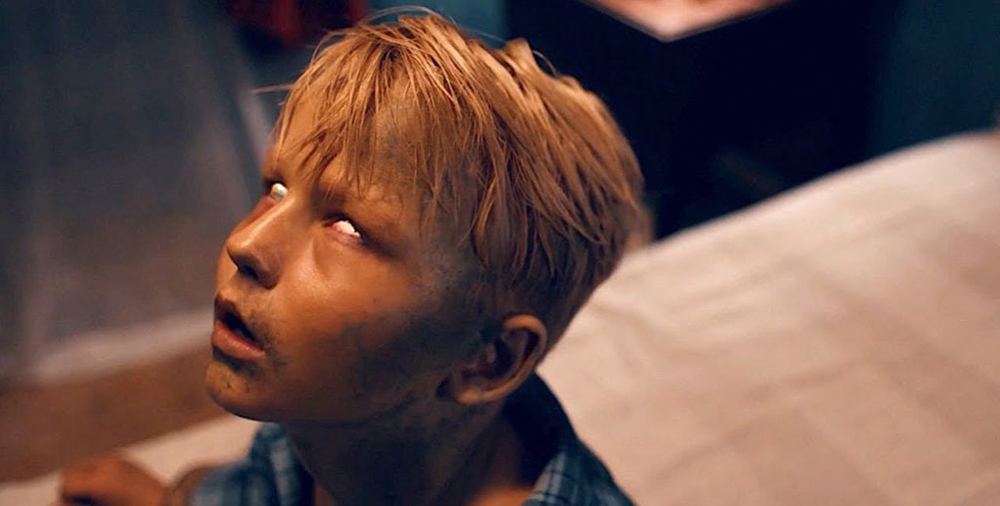 It sets itself apart from the flood of exorcism movies on the market through its intense storytelling and the relatable grittiness of its leading cast. Each character acts in rational ways in relation to what is going on around them.

Combine this with its intelligent use of colors and really clever use of a Polaroid camera, and you get what will likely be one of the best indie films this year has to offer.

I highly recommend you do not sleep on this movie.