“No Escape” and its indictment of internet celebrity culture may be far from perfect, but it sticks the landing so well you’ll likely walk away cheering. 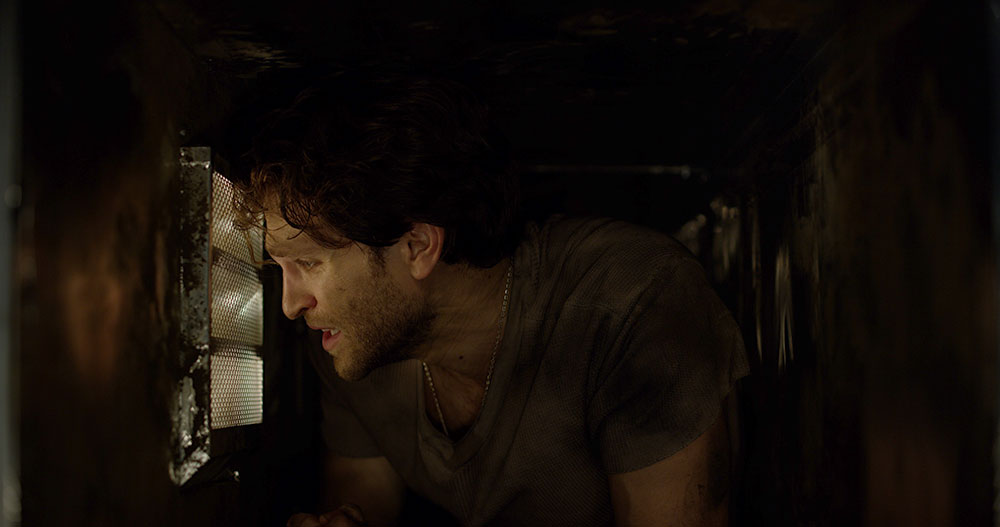 While it’s obvious that No Escape (formerly Follow Me) is a blend of concepts from other films like Escape Room, Saw, and Hostel, the addition of an obnoxious but likable social media vlogger takes it another step up into the self-indulgent technologic world controlled with our cell phones. This film really delves deeply into the idea that the social media culture around us has hit new lows in recent years, with its excesses and idealization of money, fame, and extreme behavior.

I really enjoyed the films that No Escape has borrowed from, so I went into this with a happy horror heart, knowing there would be manic and overly emotional characters, along with tons of carnage. In that respect, I was not disappointed. But the film didn’t actually live up to my high hopes.

Also, worth mentioning, it is technically Escape Room 2, since it’s from the same production team, though it’s not a continuation of the original storyline.

Synopsis: A social media star travels with his friends to Moscow to capture new content for his successful VLOG. Always pushing the limits and catering to a growing audience, he and his friends enter a world of mystery, excess, and danger. As the line between real life and social media is blurred, the group must fight to escape and survive.

This guy films everything he does, just like his parents did when he was a child. 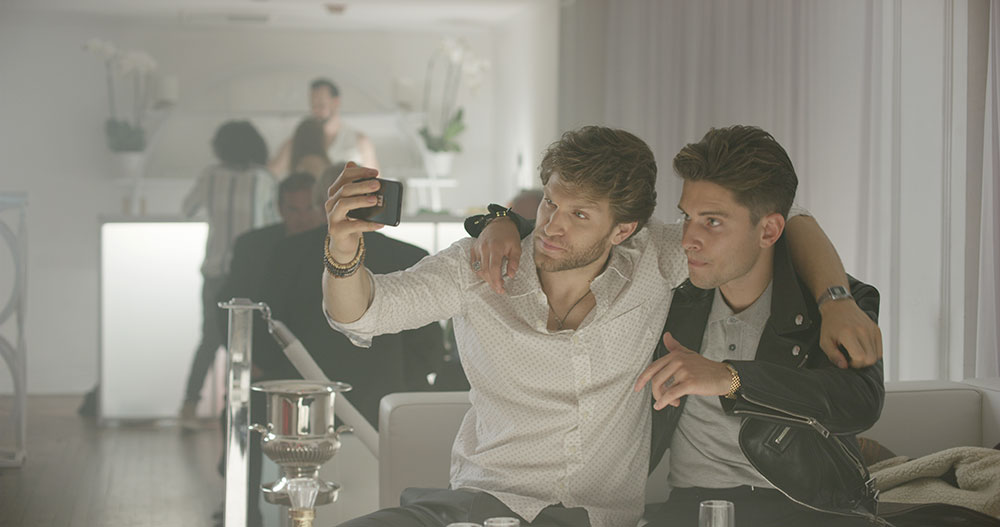 He is always looking for a bigger scare and a bigger adrenaline rush in his desire for more followers and clicks. The viewers decide what he does next, and I am quite sure he wouldn’t know how to go a day without videotaping his every move. He has stopped caring what it does to other people around him; all that matters is his audience.

Cole has an entourage of fun-loving friends. They decide to give Cole a special gift on the anniversary of his successful brand. He is an adrenaline junkie who asks constantly for the next best scare. So his buddies, including another successful blogger, Dash (George Janko — a real life YouTube and Instagram influencer with millions of followers), plan a secretive trip to Russia to take Cole into an escape room that is designed especially for him.

Cole’s girlfriend Erin (Holland Roden) goes along with all the craziness, even though it is not really her thing to be on video 24/7. They are also joined by the athletic Samantha (SIYA) and Cole’s best friend since childhood, Thomas (Denzel Whitaker).

Dash’s friend Alexi (Ronen Rubenstein) is the person setting everything up in Russia. A super-rich socialite from a powerful family, he highly recommends this escape room and takes care of the group’s every need or whim. Everywhere they go, people know him, and he does his best to keep them out of trouble.

The film had a lot of positive moments, but something was missing. 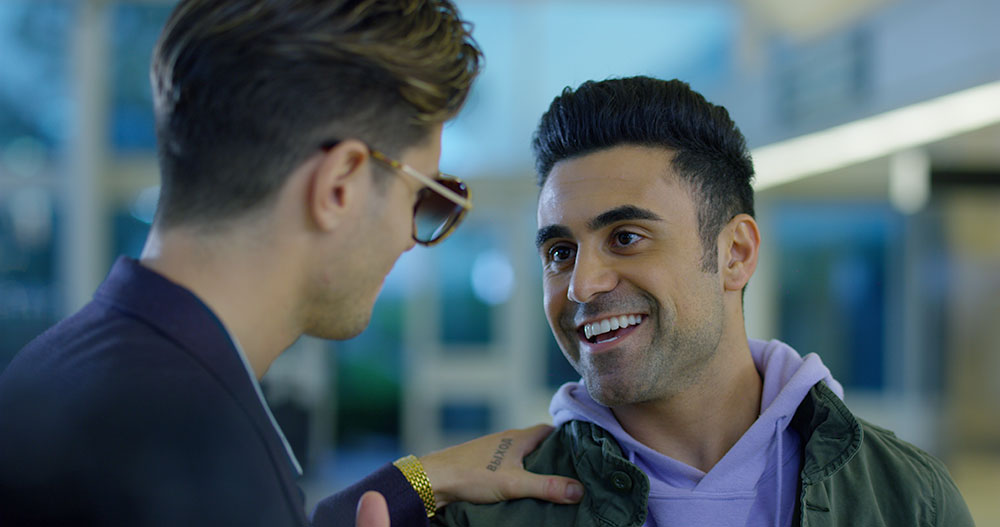 We meet Cole’s gang. But other than Cole and his girlfriend, we never really learn too much about anyone else. Who are they? What are their backstories? That missing information made it hard when we got farther down the road. It is a horror film, but I’m not sure if we were supposed to care if anyone lived or died.

I also wish the acting hadn’t been so cheesy. With that said, most of the actors are part of the YouTube world themselves, so it makes sense why they were chosen for these roles.

One of the big positives for me was the excellent cinematography. Combined with some tight editing, the film was really satisfying to look at. The colors popped, and the sets were exceptional. Nothing was actually filmed in Russia, but I had no problem believing we were there.

All I can really tell you without spoilers is that everything you see may not necessarily be on the up and up. 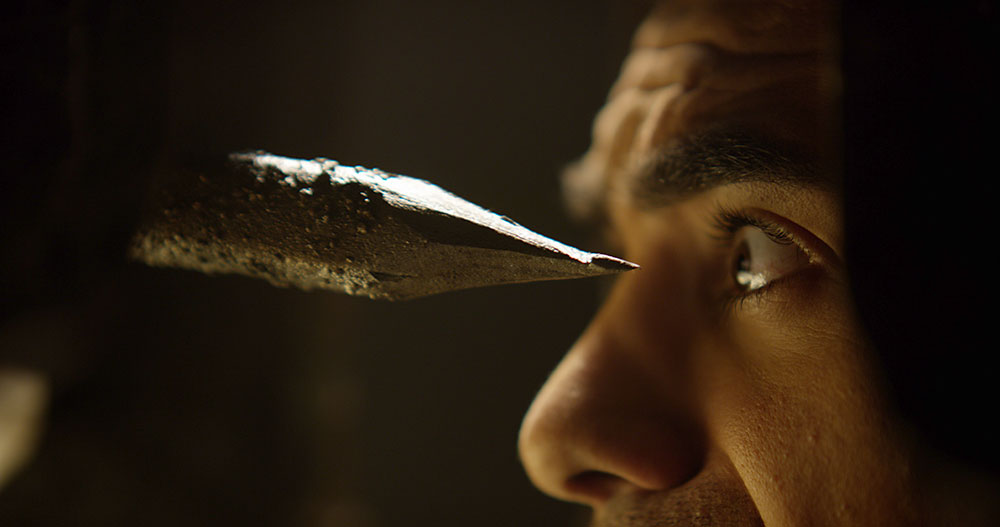 Cole has always sought fame above all else, and his audience is particularly important to him. In this escape room, the stakes seem to be much higher than any that I have ever been in. It literally becomes a life or death situation.

This is where the film borrows a lot from Saw and Hostel. There are some cool traps and an awesome Russian bad guy named Andrei (Pasha Lynchnikoff), with a table full of bloody torture devices. I loved this creepy guy with the horrible scar, and it was interesting to see how he turns the table on Cole and has his social media audience decide the group’s fate.

After experiencing a number of horrible and exhausting moments, in addition to feeling stressed and helpless, Cole is pushed over the edge to a point that I did not predict — and it was incredible.

The ending absolutely saved the movie for me. 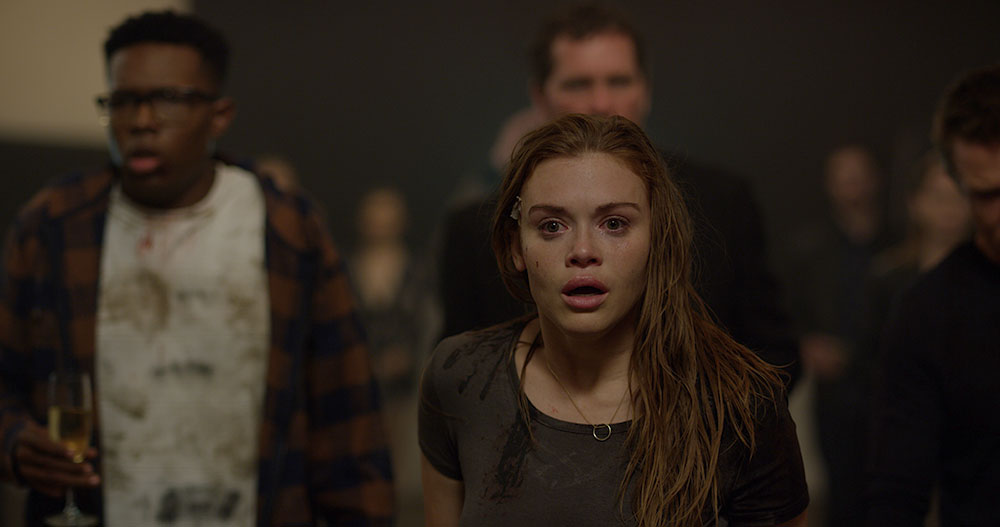 I cringed and cheered when it dawned on me what had really just happened.

As I watched the credits, I was left considering what I would have done in this situation. When you put a person under too much duress, almost anything can happen. Cole certainly wasn’t thinking straight by the end. But because he was so annoying at the beginning, I’ll be honest, I didn’t mind seeing him tortured throughout the film.

Also, this film does serve as a great reminder that, just because a video is on the internet, everything you see may not be real. I think many viewers lose sight of that.

No Escape arrives On Demand and Digital September 18th, 2020 from Vertical Entertainment.