A surprisingly unique and entertaining serial killer horror, The Basement boasts exceptional performances and a truly killer twist you need to see. 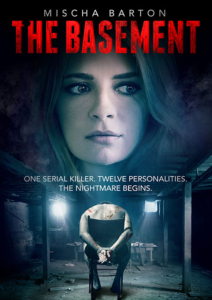 Statement of truth: There are a lot of films about serial killers. That is the most horrible part of horror; a monster that is real…one you actually have to be afraid of in the real world.

The newest and most unique offering on this subject, The Basement, has been compared to Split — but I am liking this one better!

Another bold statement? Yes, but let me explain why. While not perfect, I feel like THE BASEMENT captured the essence of what a true psychopath is. Even though we never know if our bad guy is truly mentally ill, suffering from PTSD, or just a narcissistic wanna-be actor, he is terrifying! 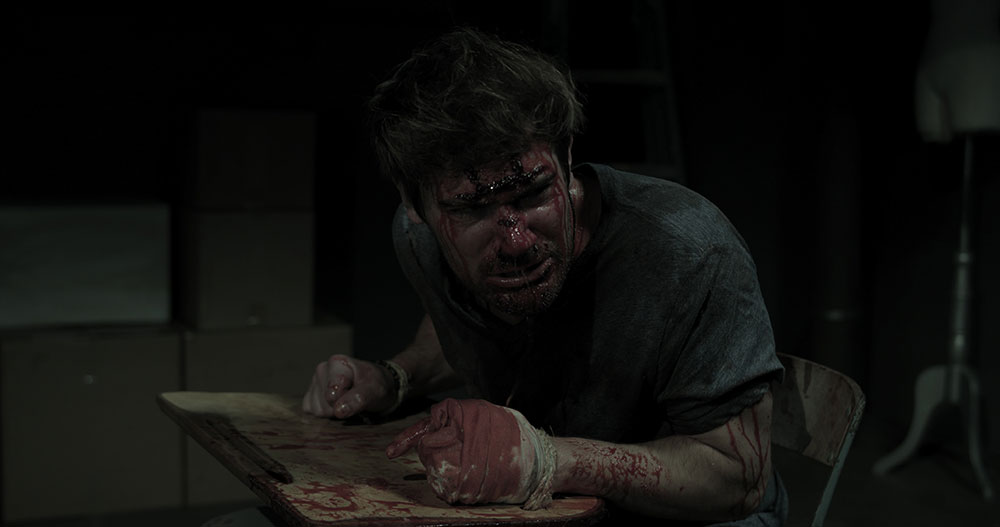 Growing up in the Southern California area, I was party to the fear and fascination of living with a plethora of serial killers, literally doing business in what seemed like my own backyard. Names like the Zodiac Killer, Golden State Killer, Grim Sleeper, Night Stalker, Hillside Strangler, and Freeway Killer were always on the news. My obsession grew as I watched the Manson and Ramirez trials take over my TV, and I began reading everything about other killers I could find. I felt like I needed to know about these monsters and how their minds worked.

Now I present The Gemini Killer! This film works for me because I kinda love this crazy serial killer, with all his quirky personalities.

The plot of The Basement (from directors Brian M. Conley and Nathan Ives) revolves around a Los Angeles serial killer known as Gemini, who kidnaps, tortures and, after he is done playing with them, murders people in the basement of his San Fernando Valley home. At the beginning of the film, Gemini has claimed seven victims, all of whom he has maimed and then decapitated with a blow torch (which is pretty darn disgusting). 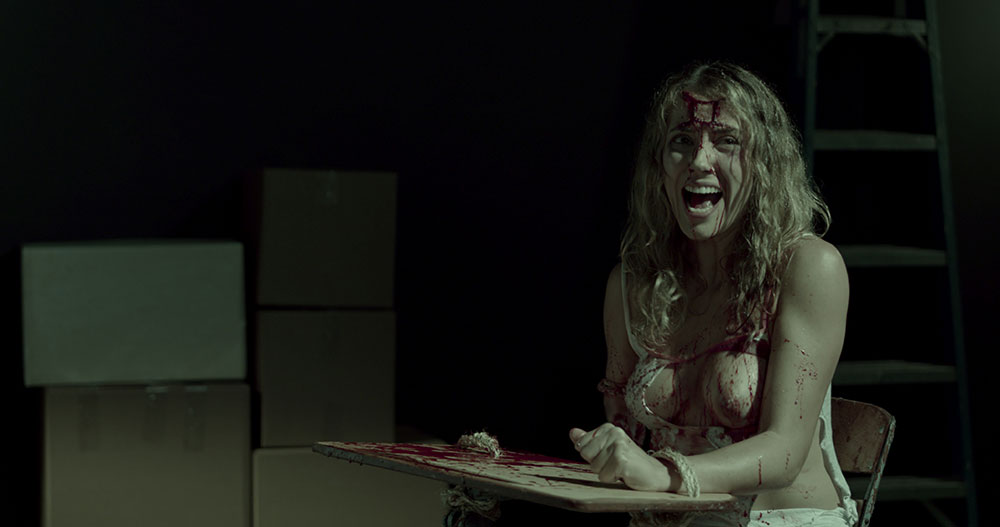 Now, I realize restraining people in your basement and torturing them isn’t a truly original trope. There are films like Saw, Silence of the Lambs, Hostel and so many others to compare to.

Victim number eight for The Gemini Killer (played by Jackson Davis) is famous British guitar player Craig Owen (Cayleb Long), who is abducted while on his way to the liquor store to get his wife a bottle of champagne. Gemini is a real serious sicko in need of help, and poor Craig is forced to be his therapist in a bizarre sort of way. 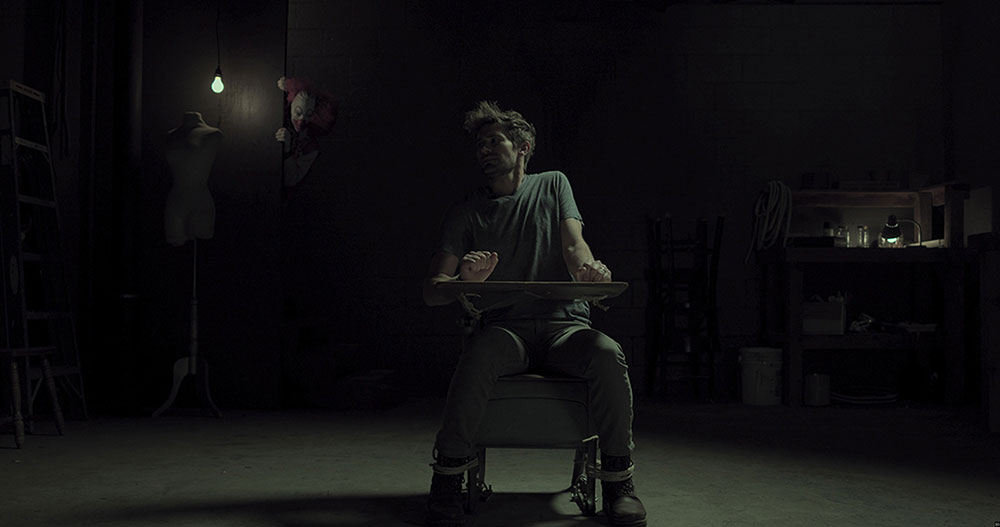 As masochistic as he is sadistic, we see where the name Gemini came from. His two-sided personality receives pleasure from the idea of his own punishment, and he acts out his entire life in front of Craig; calling him by his own name, Bill.

Every time he leaves the room, the audience and our hapless guitar player, have to hold their collective breaths to see who will come back into the room. A clown, a cop, a lawyer, a doctor, a cell mate in prison? Who will be next? Craig is forced to interact with these characters and try to reason with them.

Unfortunately, every time he seems to be getting through to the “person” in the room, they flip to the psychotic side and leave him missing body parts, subjected to horrible pain and in complete despair. 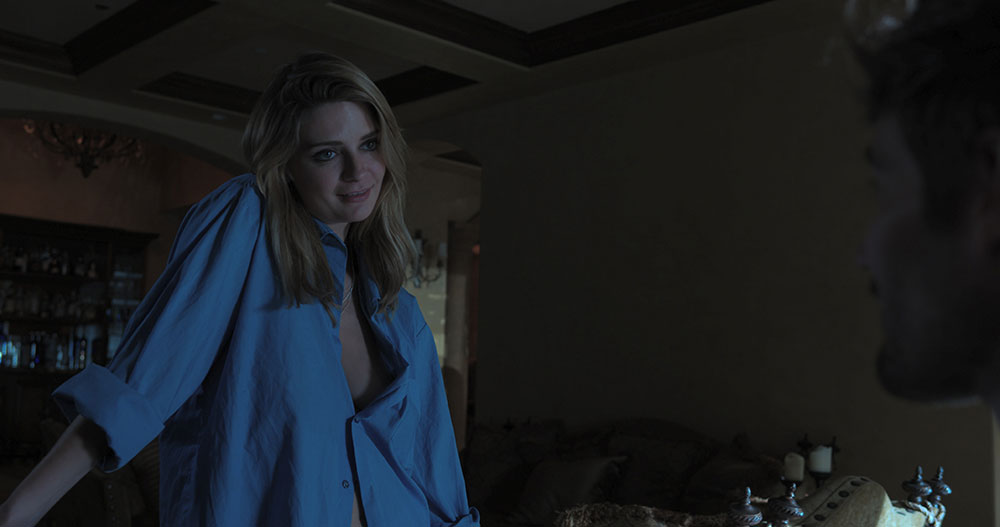 There is another part to the story; Craig’s wife, Kelly is at home waiting for him and frantically worrying where he is. Mischa Barton (The OC, The Sixth Sense) plays Kelly well enough and is the star name on the film, but her scenes seem to be just a break from the violence of what’s going on in the basement. (Or, is there more to her than we think from her rather bland performance?)

What makes this film so memorable was Jackson Davis’s incredible performances. I made that plural because of how many multiple personalities he had to play. His acting was phenomenal! He takes on not the personality of himself, but of people he has murdered, or those who he might encounter should he be arrested. It’s his own life in fantasy. 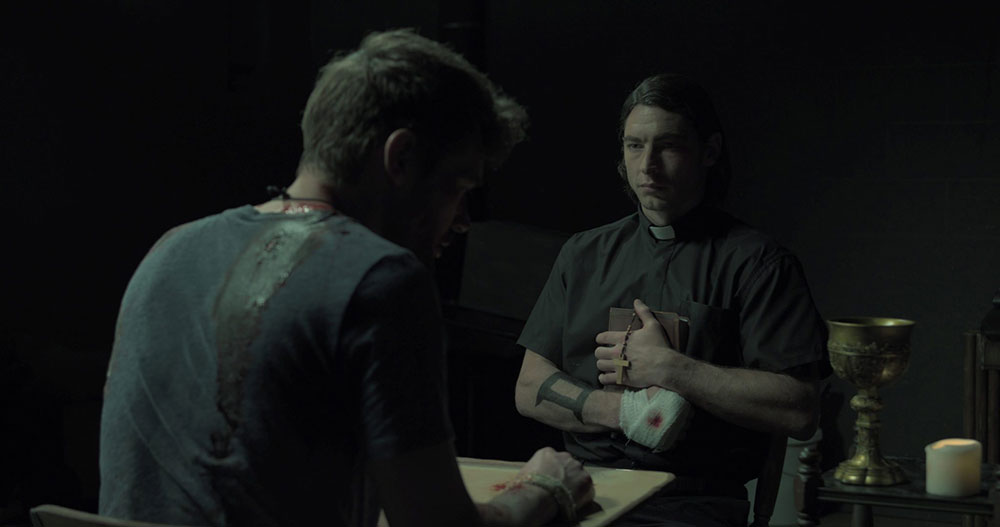 Dressing in costumes he becomes everything from a sadistic cop, to a clown — and even his own mother. He even brings in props! Does he have a personality disorder because of the abusive childhood he alludes to? Or does he just enjoy messing with people’s heads? There are two sides to every story, and we see both sides to each of these personalities. We never really know who he is.

Davis’ performance takes us through what would be his capture, torture and execution, if the Gemini Killer were to ever be caught.

The film is played very tongue in cheek (along with teeth chewing…don’t ask). It has elements of comedy, extreme gore, and it even gets almost sentimental in parts. The surprise twist at the end was the icing on the cake of this crazy rollercoaster, and I can honestly say I would love to own a copy of this film. What great monologues aspiring actors could get from this film!

Davis is now a favorite of mine, and I can’t wait to see him in more films. The Basement gets a 10-market theatrical and digital release on September 14th from Uncork’d Entertainment. See it!! You won’t be sorry!