The Forlorned is a well shot, atmospheric supernatural tale with some solid performances, but it falters by trying to do too much too quickly. 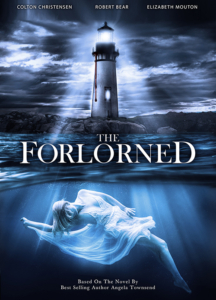 There should be more horror movies set at a lonely lighthouse. Alas, there are very few movies that take advantage of the atmosphere created by a lighthouse nestled on an empty piece of land or an island — the sound of the crashing waves of the ocean the only thing to keep a lighthouse keeper company.

Midnight Releasing is bringing horror fans to a haunted lighthouse locale in the new movie THE FORLORNED, directed by Andrew Wiest, and based on a novel by Angela Townsend (who also shares a screenwriting credit). 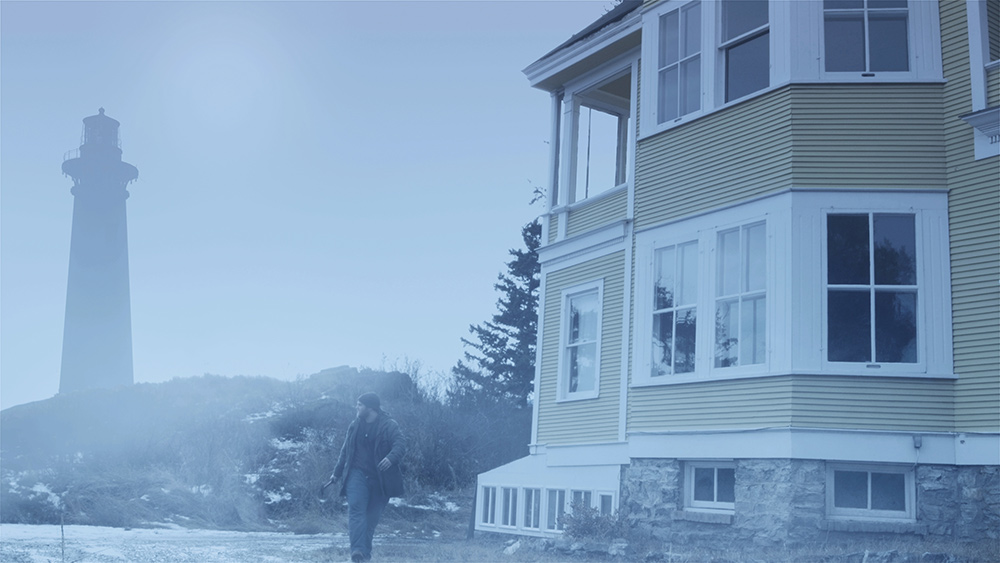 Tom Doherty (Colton Christensen) takes on a job as a lighthouse caretaker, a position that has been abandoned for 20 years when the last caretaker died under mysterious circumstances. Tom meets Murphy (Cory Dangerfield) at the caretaker’s house to fill him in on the job requirements and shed a little light on local stories surrounding the lighthouse.

Murphy explains that ghostly legends surrounding the lighthouse keep the locals away from the area and from applying for the caretaker’s job. Luckily, Tom is need of an infusion of cash to buy back his father’s repossessed boat. Once Murphy leaves Tom to his new home and job, strange events come upon Tom fast and furious. 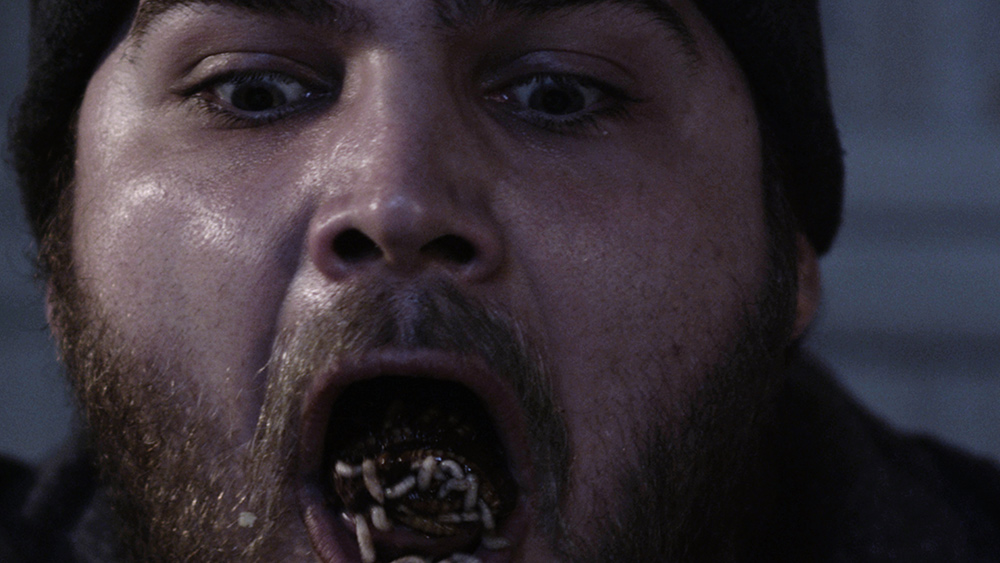 The radio begins to play garbled messages despite being unplugged, shadows play across the walls, the sound of hogs can be heard and Tom begins seeing strange figures, from what appears to be colonial times, outside the caretaker’s house.

Is Tom experiencing the hauntings that have frightened the locals away from the lighthouse, or is he slowly losing his mind?  Tom begins to investigate as the hauntings increase, and starts to receive messages from beyond the grave.

I wanted to enjoy this movie more than I did.  There is a lot to like in THE FORLORNED – the secluded lighthouse locale establishes a perfect mood, and the actors are likable and believable.  THE FORLORNED is a good looking, well shot movie. 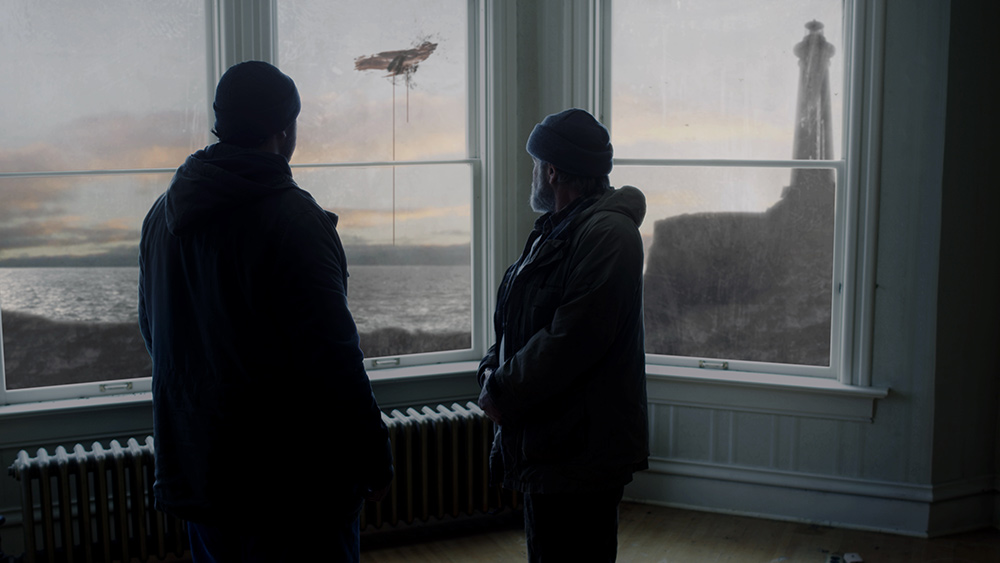 The failure of THE FORLORNED is the story which is credited to Ryan Reed, Andrew Wiest and Angela Townsend.  The story rushes to get from one ghost scare/reveal to the next; and this type of movie, which relies so much on atmosphere and mood, needs to be patient and let the story play out slowly to build the tension with Tom and his predicament.

My favorite character, the one who stands out, is Murphy.  He has a tough job in THE FORLORNED as he has to act as our main point of information, i.e. exposition guy, while also being the character who is skeptical about any supernatural happenings around the lighthouse property.  It’s a tough line to straddle, but Cory Dangerfield does a fantastic job making Murphy a believable character. 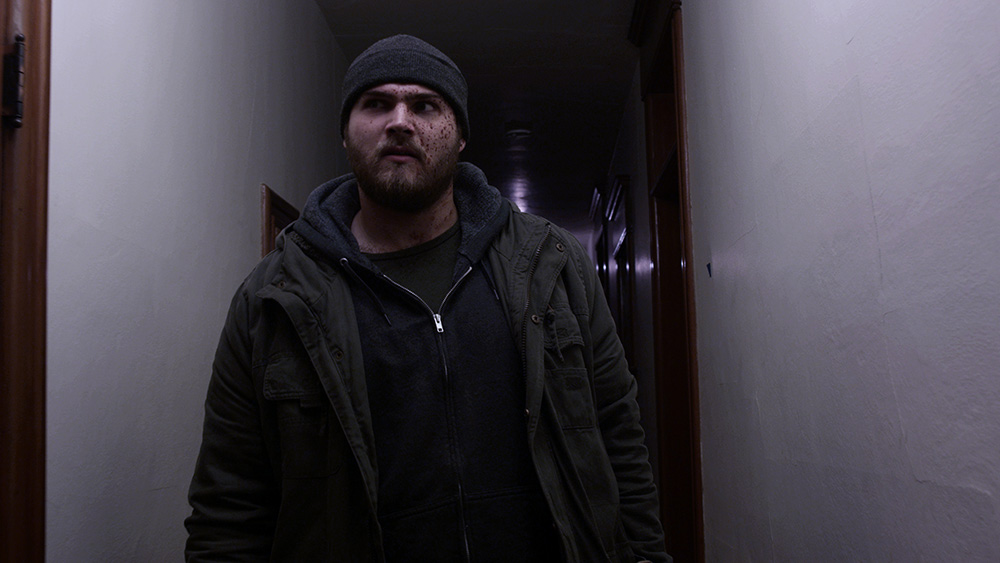 Colten Christensen does a serviceable turn as Tom, and he shoulders the majority of scenes. For most of the movie Tom seems to have only two expressions:  bewilderment and stark terror. However, Christensen is able to infuse an affability into Tom, creating a likable character the audience can root for. The drawback to the performance is that when the movie gets to the finale, and Tom has to be more emotive, it comes off looking a little silly.

There is a great idea buried in THE FORLORNED, but the rush to get the ghostly and demonic horror combined with ignoring the lighthouse as a set piece detracts from the overall effect THE FORLORNED is going for. 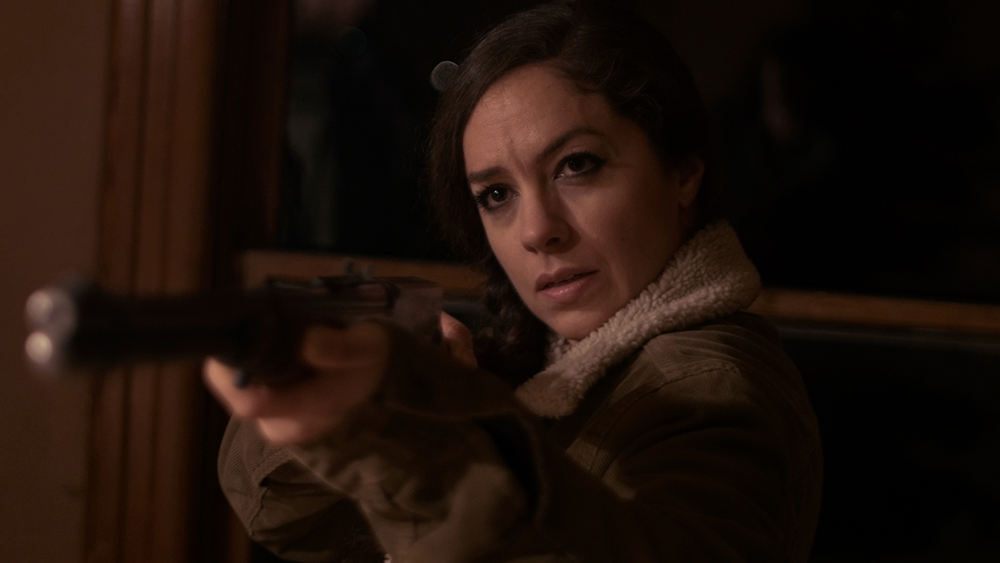 Tom needs to be established as a guy working alone over a period of time, and the weight of that loneliness weighing down on him as the days and nights pass. The haunting activity can then be slowly introduced to drive Tom down a dark road and get us to the final payoff of the story.

THE FORLORNED does have some decent ghost action and, admittedly, I did jump at a couple of the jump scares.

There are some great ideas presented in the movie, but they are pushed aside for quick and unsatisfying haunting scenes. While I would have appreciated more time to develop the characters and atmosphere, this film is likely to appeal to horror fans who appreciate more fast-paced supernatural action — the creepy stuff starts in very early and never really lets up.

THE FORLORNED would do well as a solid, but unremarkable, October lineup addition to SYFY or the Lifetime Channel.