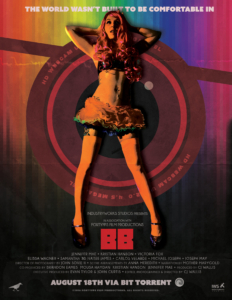 One of my favorite things about being a film reviewer is the opportunity to discover and help others discover hidden gems — truly independent films that get very little fanfare or exposure, but often represent some of the best and most surprising filmmaking. I recently had the opportunity to check out one such film, BB, the debut feature from filmmaker CJ Wallis.

BB is a provocative, psycho/sexual thriller about a struggling, rough-edged girl named Leah Lamont (Jennifer Mae). Her girlfriend, Alina Lupei (Victoria Fox), needs money to fly home and visit her ailing family member in Romania. With no quick fix available, Leah becomes a “cam girl” to raise the funds for her love. Under the stage name “Candy Cummings,” she performs online strip shows from her apartment for thousands of strangers every day, never fully knowing the extent of evils that could be watching on the other side of the screen. 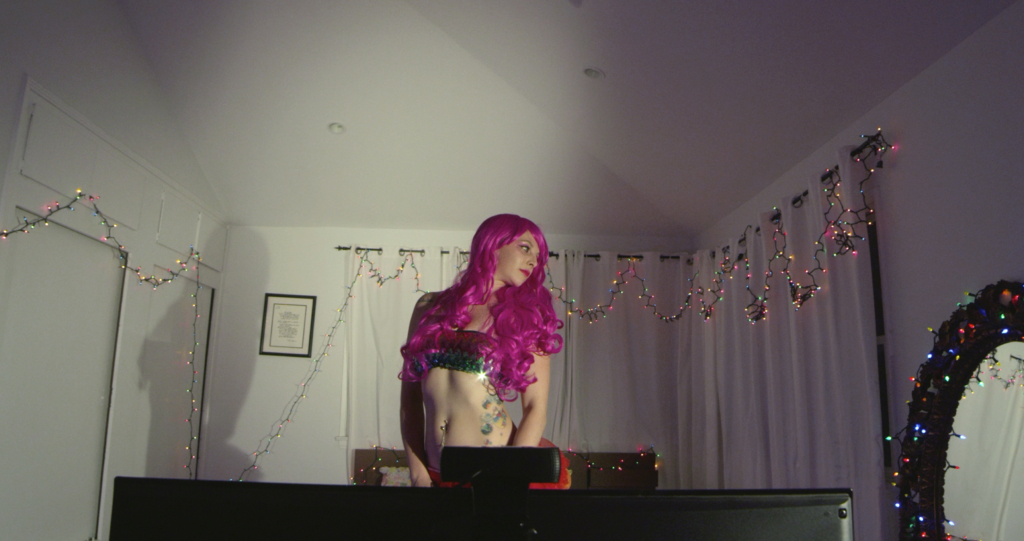 BB is the first film released by Forty FPS Productions, the award-winning production company owned and operated by CJ Wallis. You may know Wallis from his iconic role as “Goody Two Shoes” in the breakout indie hit Dead Hooker in a Trunk, the debut feature film from the Soska Sisters. What you probably don’t know is that Wallis also served as the camera operator, producer, and story editor for the film, as well as handling all post production, music and marketing. He also worked on the highly successful follow up from Jen and Sylvia Soska, American Mary. He co-produced that film and responsible for early marketing, development and story editing (uncredited).

In 2011, the New Orleans based record label JET LIFE, run by Mousa Hamdan and celebrity rapper CURREN$Y named Wallis as president of Jet Life Films. Acting as a one-man in-house production team, Wallis produced all marketing, album artwork, 60+ music videos, clothing and web design for the label and Atlantic Records. After the 18-hour days with the record label, Wallis worked on what would become his debut feature film called BB.

The film was intentionally made with a few self-imposed set of rules: Use all first time actors, be made on a self funded micro-budget, and Wallis was to handle every job on the film’s execution from script to screen. That’s quite an undertaking, and what Wallis was able to achieve on a shoestring budget with minimal resources is nothing short of spectacular. Given the subject matter of the film, Wallis could have easily opted for a much cheaper and easier found footage style of filmmaking to tell the story of the cam girl and her extremely devoted fan. Instead, we get a film looks incredible with exceptional cinematography and a unique visual style that rivals big budget Hollywood productions. 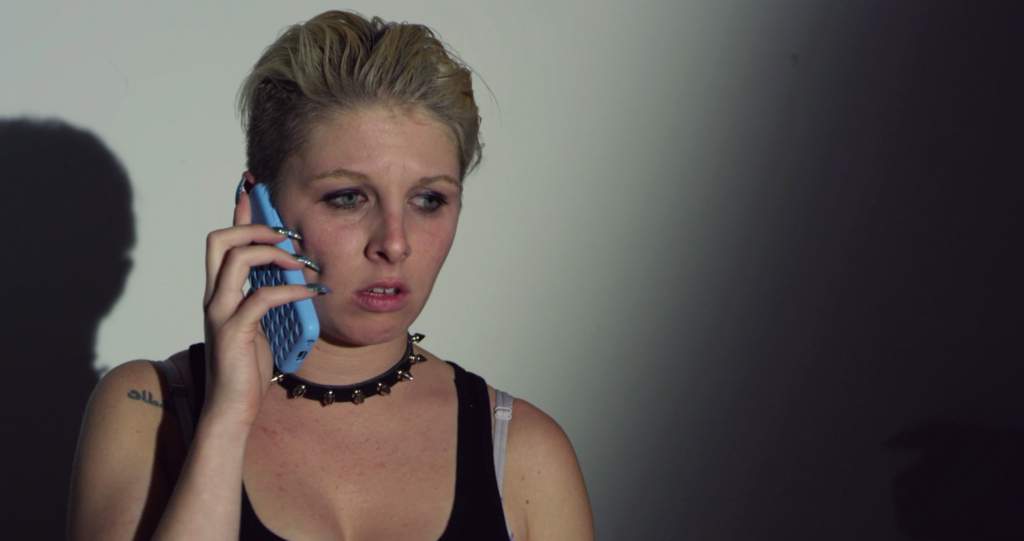 This is a movie with real, complex and multi-layered characters. Jennifer Mae as Leah/Candy is an absolute revelation in a breathtaking, utterly fearless performance. It’s mesmerizing watching her transform from the hard-edged, foul-mouthed lesbian with a punk rock aesthetic into her cam girl alter ego. As Candy, she’s outgoing, bubbly, playful, giggly and flirtatious. Not only does she completely transform her look, she truly becomes a different person. As we watch her effortlessly slip on the alternate persona she uses to charm and seduce strange men, we hear her biggest fan, Hal Bowan aka HornyHal (Kristian Hanson), gush about how real and genuine she is. He explains that with other cam girls, you can always tell when they are faking it. But Candy is different. Meanwhile, Wallis brilliantly intercuts scenes of Leah in her ‘normal’ life with scenes of her as Candy to emphasize the dichotomy and illustrate the fantasy that has become Hal’s reality. 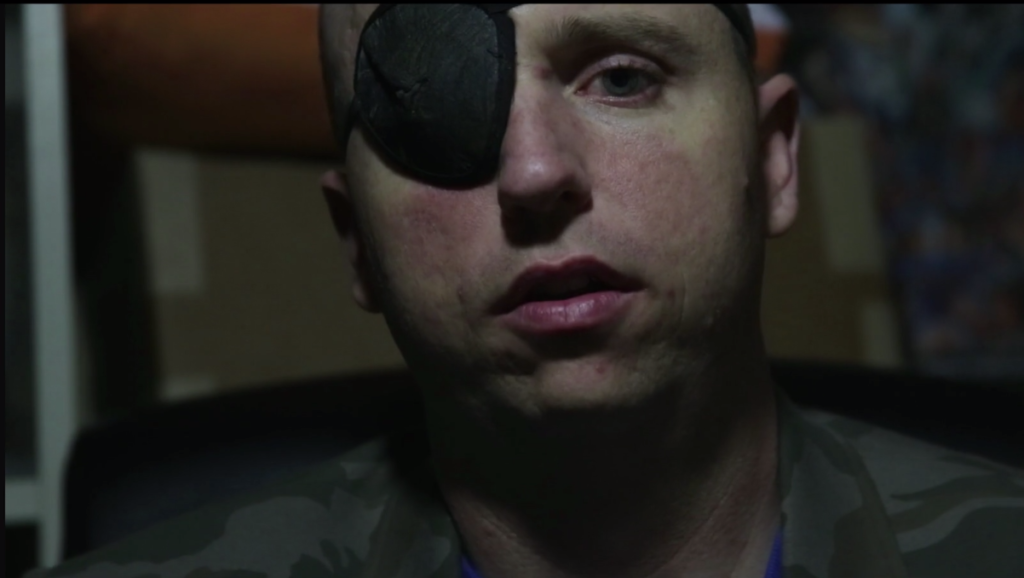 Hanson is brilliant as the beleaguered, unrequited love interest of Leah. He’s an army vet, who has been discharged due to a serious injury received in battle where he lost his eye. Hanson does a great job creating an empathetic character we feel for, even as we begin to realize the extent of his delusional fantasies and fear for what he might be capable of when his love is not returned.

The two female leads, Jennifer Mae and Victoria Fox have an electric onscreen chemistry. The first 20 minutes of the film are spent establishing the connection these two have and making us feel the extent of Leah’s love for Alina that drives her to become a cam girl. The love scenes between the two are incredibly sensual and erotic, and there’s a real intimacy that grounds the relationship between the characters. Throughout much of the film, Alina is off camera in Romania. But there’s enough great groundwork set early in the film that we truly feel Leah’s pain and heartbreak as the love of her life becomes distant and dismissive.

The film features a truly unique form of storytelling, and music plays an integral role throughout. In fact, BB uses several songs from underground recording artist Mother Marygold occasionally replacing dialogue to serve as the story’s tonesetter and narrator. Right from the very start of the movie, one of the first things you’re likely to notice is the incredible soundtrack that rivals any major film. The soundtrack includes songs from major recording artists Curren$y, Wiz Khalifa, B Real, Lil Wayne, Fiend, Cornerboy P, Rykka, Le$, T.Y., and an original song from Montreal artist Hayley Richman. Samantha James (aka 3D Na’Tee) plays a fellow web-cam model named Sapphire Stevens and has two songs on the film’s soundtrack. 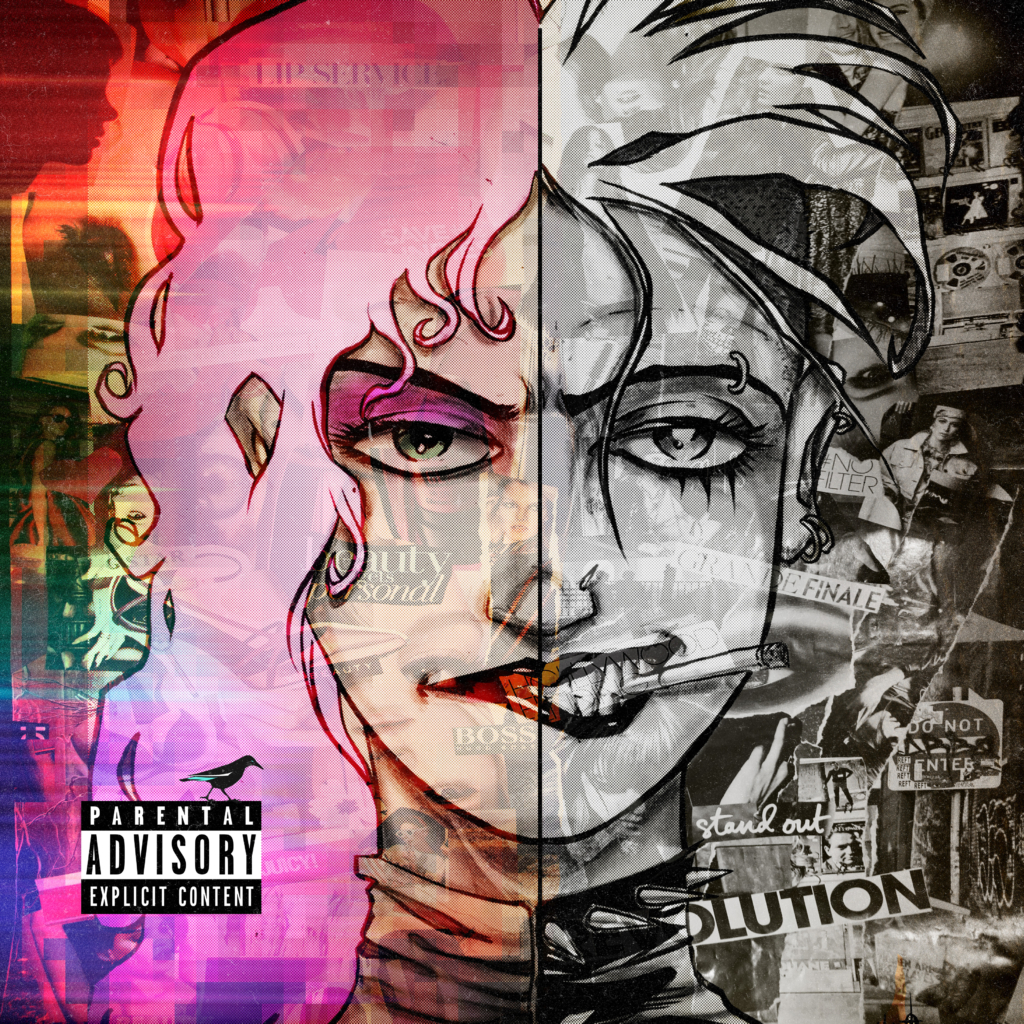 The cutting-edge score selections were selected and compiled from the award-winning work of Scottish composer and performer of electronic/acoustic music Anna Meredith. Meredith is a former composer in-residence with the BBC Scottish Symphony Orchestra and has opened nationally touring artists such as Bjork and James Blake, among others.

It’s truly impressive what Wallis was able to achieve with such a small amount of money and a scant two-person crew. This film looks and feels much bigger than it is. The fact that these were all first time actors — delivering extremely convincing and memorable performances — speaks volumes to Wallis’ ability to elicit strong and compelling performances from his inexperienced cast. This is independent film at its finest, and I recommend it without hesitation.

The film is currently being released for a limited time exclusively as a Bit Torrent bundle, which includes downloads of the exceptional 37 track soundtrack (plus extras): https://now.bt.co/bundles/bb