While it will no doubt disappoint those looking for real scares, The Grand Son is a compelling drama with enough thrills to keep you hooked.

If you’ve seen Rhys Wakefield and his rictus grin in 2013’s The Purge, you know that he is capable of portraying a rich and entitled young man with sociopathic tendencies. In the new film The Grand Son, he gets a lot more screen time in a similar role, though this film plays far more like a drama than a horror or thriller.

Wakefield plays Tod, the grandson of an aging actress named Judy (Clue’s Lesley Ann Warren). Tod and his sister, Lani (Fabianne Therese), live with Judy in her Hollywood mansion. The relationship between Judy and her adult grandchildren is not a particularly warm one — she seems to like Tod but treats him almost as a servant, and she doesn’t even seem to like Lani.

If you’d rather not learn of any plot points of The Grand Son before watching, this is a good place to stop.

One day, while carelessly playing with a handgun in Judy’s room, Tod shoots his grandmother. It’s unclear whether or not it’s an accident; he seems shaken and gets sick after the act, but he does not seem truly upset about her death. This sets up the movie’s plot: Tod needs to get away with murder.

Tod and, to a certain extent, Lani want to keep living the life of wealth that they’re used to. Lani, like Judy, is an actress (though not a successful one). Despite not knowing what has happened to her grandmother, she agrees to temporarily fill in for her on the Home Shopping Channel-esque TV show that Judy normally hosts. That, of course, was Tod’s idea — it gives him more time to figure out how to get away with his crime while also ensuring that money is still coming in. 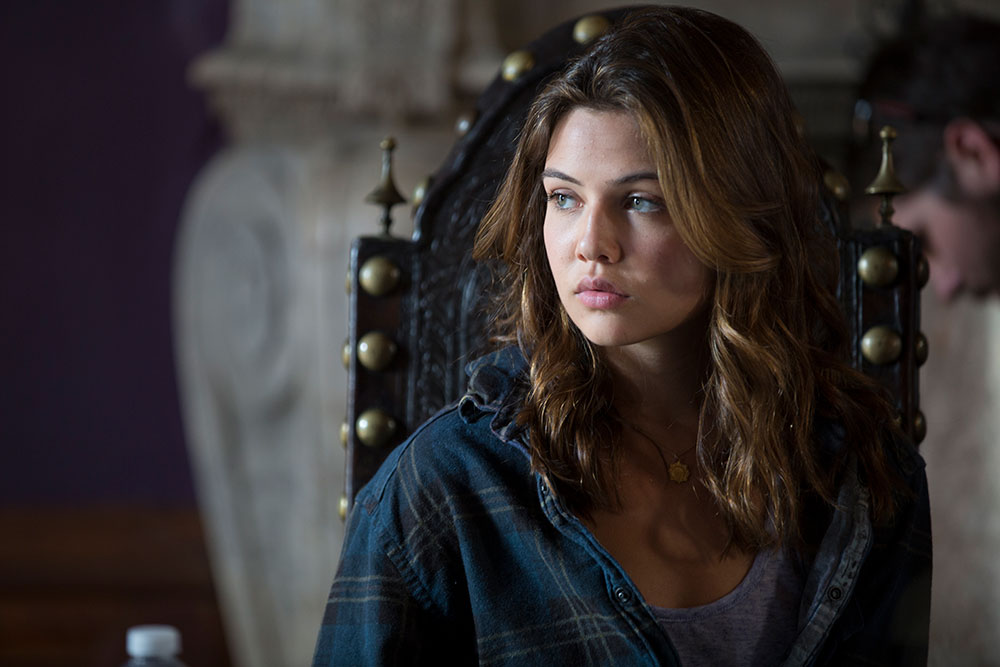 The family’s opulence is clear: Tod drives a Rolls Royce throughout the film; his hobbies include archery and hunting; he often spends time swimming or lounging by their large pool. The film’s director, Robert Logevall, has a made The Grand Son a story of non relatable privilege and of class differences.

Though sometimes incredibly dark and quiet, the movie is shot beautifully. There are hints of tension throughout, when it’s unclear whether or not Tod will be caught in his cover-up. Wakefield is brilliantly creepy, and the rest of the cast does a good job too, though they are mostly supporting characters to his one-man show.

If you’re looking for something that will send shivers down your spine, The Grand Son may not be it; however, it is a great atmospheric drama with some thrills, and the story will keep you watching to find out how it concludes.