Though the format now feels familiar, “e-Demon” proves there is still some great material to be mined from our fear of and addiction to technology. 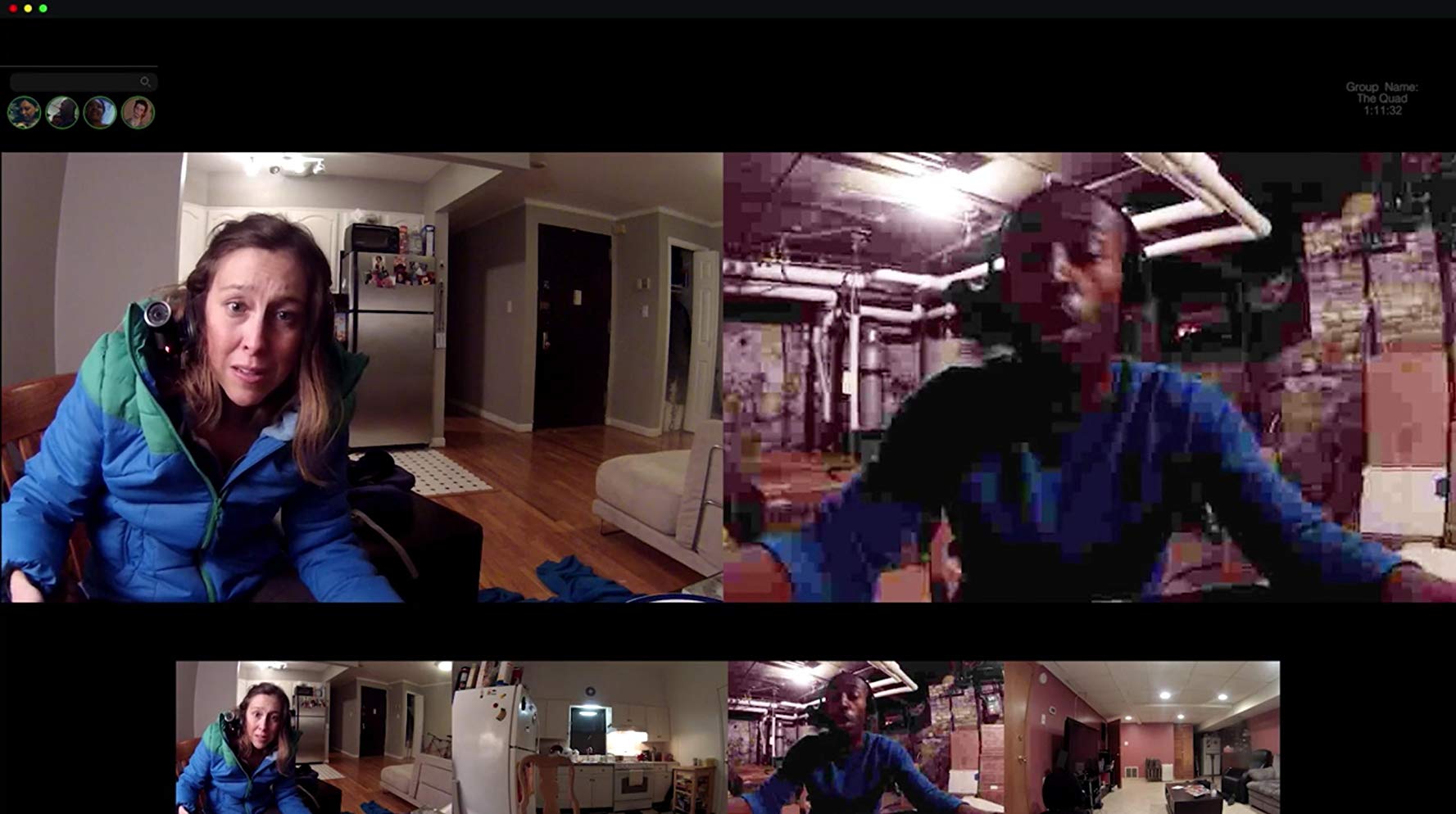 Editor’s Note: In honor of the theatrical premiere today (September 14th) of Dark Cuts Pictures’ e-Demon in Los Angeles Theaters and everywhere On Demand, our writer Jason McFiggins takes a second look at a film we highly recommend you check out. You can click here to read our first review.

A group of college friends from around the country get together on a video-chat to hang out and catch up for a night of fun. When a prank pulled by a couple of the friends tricks the rest of the group, they don’t realize that what follows is not a prank at all until it’s too late — as an escaped demon transfers itself digitally to possess the group one by one. Not knowing who to trust, the group’s night of fun turns into a nightmare. 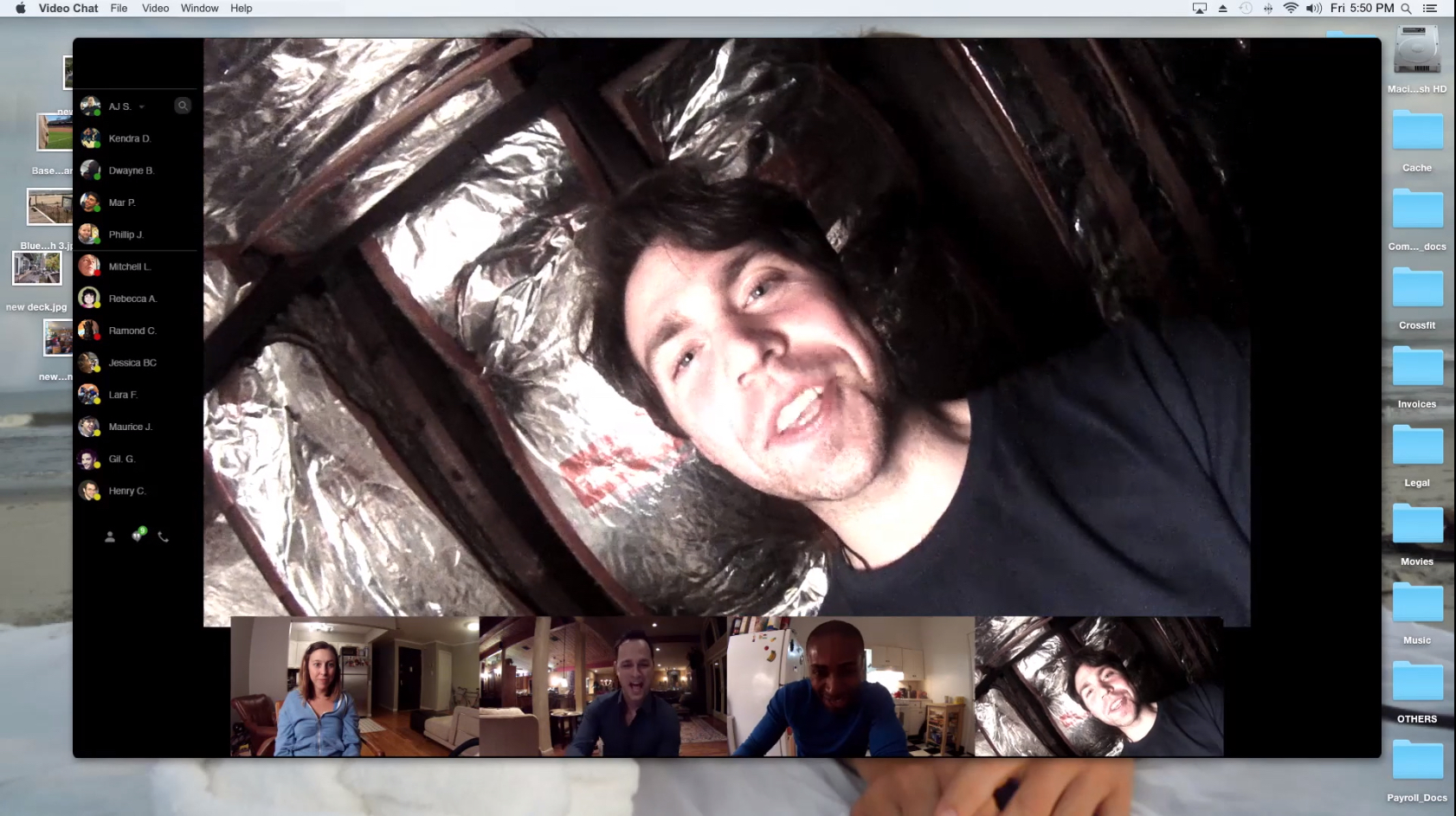 E-Demon has a very simple set up. One of the character’s grandmother speaks of a trunk in the home that must not be opened. This of course entices the character, Mar (Ryan Redebaugh), to open it. Unknowingly to Mar, the black magic is released, and the dark force spreads through the group causing mayhem and acts of violence.

This video-chat format of cinematic storytelling is becoming more popular with films like Unfriended and the newly released Searching. I’ll admit I was skeptical of this type of format for a film, but I’ve found it to be quite an effective delivery system. E-Demon takes advantage of the format by merging technical glitches like pixelation and blurring into supernatural happenings. The film also uses muffled, distant yelling and sounds from other rooms to great effect, while the webcam focuses on an empty space. It’s especially chilling when the distant sounds stop, and all that stands between an empty room and someone entering it is silence.

Another positive consequence of the webcam/video-chat format is the atmosphere and performances.

‘E-Demon’ has a natural feel to it with realistic and familiar settings that make the characters feel like real people. All of this adds to the uneasiness of the situation and builds the tension as the story unfolds. And because the film is essentially one long scene, the story does unfold in a minute by minute manner. There’s also nothing the other characters can do because they are all so far away from each other living in different cities. They, like the viewer, can just watch in horror as things escalate into chaos. 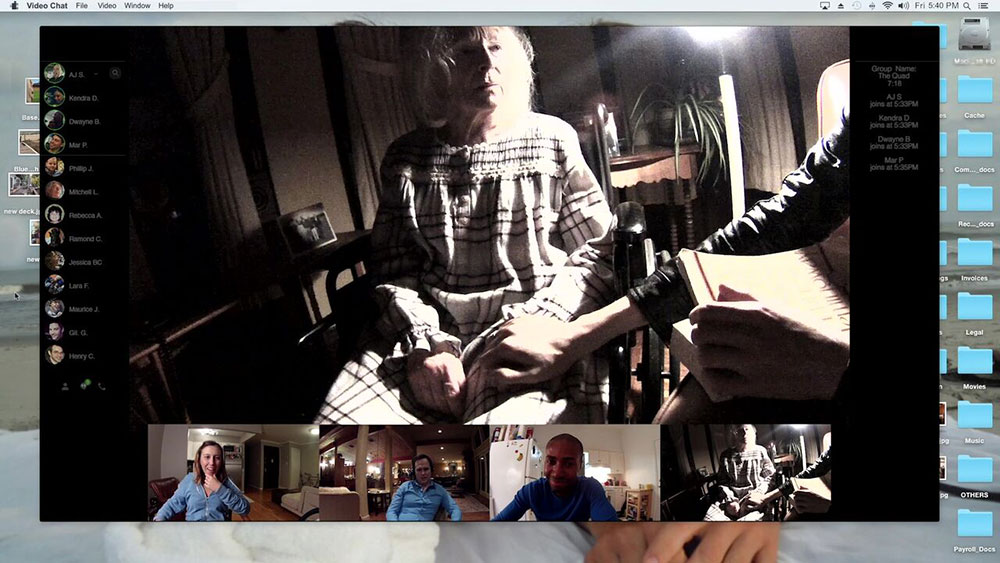 Some of the dialogue is a little clunky at times as the script attempts to have characters explain what may be happening. The film also suffers from introducing the know all character at the end of the second act who understands black magic and explains to the group exactly what’s happening.

With the format of the film and the Internet at the fingertips of each character, why not just have the group search and put the pieces together themselves? This would have kept the tension high and introduced some form of teamwork as the film begins to lag just a bit at the two-thirds point.

Overall, I was pleasantly surprised by e-Demon and really enjoyed it. 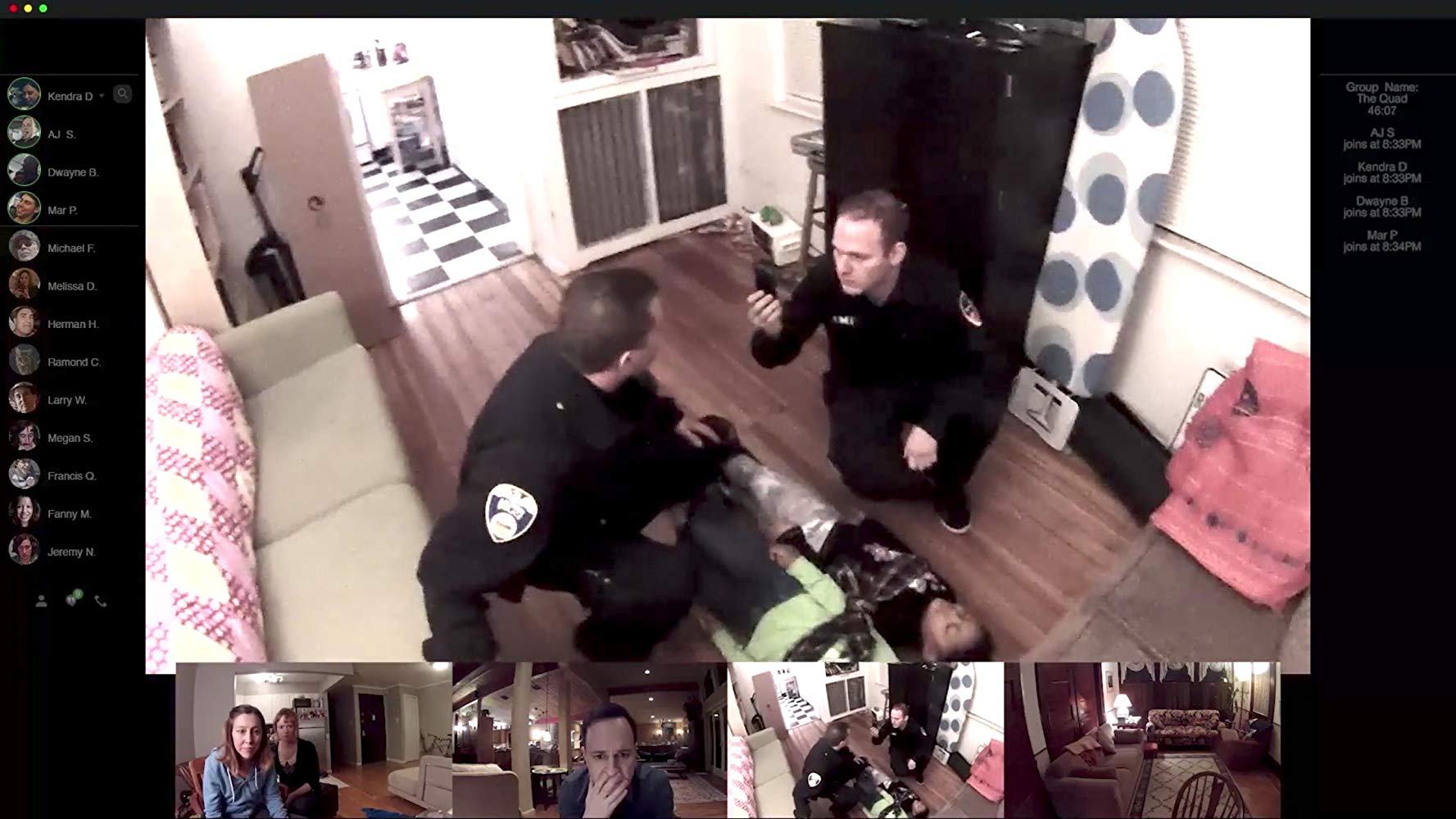 The film brings together the devil and modern technology by suggesting the old belief that a picture steals a small part of the soul. If that’s the case, does video capture the entire soul?

E-Demon makes for a great Halloween season watch and releases on video on demand on September 14 with limited theatrical runs in Los Angeles on the 14th and New York on the twenty first.