“THE SONATA” is a stunning, atmospheric tale of music and obsession that pays loving homage to the golden age of Gothic horror.

Any movie that hits the audience right off the bat with someone setting themselves on fire is bound to be a wild ride. That’s certainly the case with The Sonata, director and co-writer Andrew Desmond’s debut feature that is rich with classic Gothic ambience.

The burning man in question is Richard Marlow (Rutger Hauer, best known for Blade Runner, in one of his final roles), an eccentric composer who just put the finishing touches on his magnum opus. Once hailed as the savior of British classical music, Marlow is now a reclusive old man, locked away in his enormous French home, obsessively working on his final piece.

Miles away, Marlow’s daughter Rose, a talented violinist with her own perfectionist streak, isn’t exactly broken up by the news of dear old dad’s death. As his only heir and now the owner of the copyrights to all of his work, Rose is confronted by the shadow she has spent her entire life outrunning. She decides to visit her father’s estate. Once there, she finds his final composition: a sonata for violin that is masterful but erratic and full of strange red symbols she doesn’t recognize. 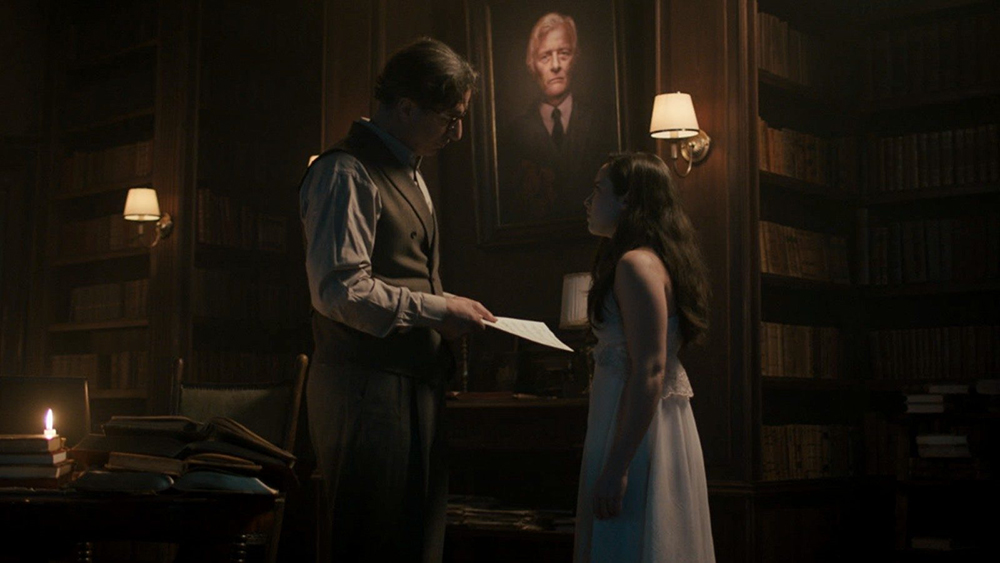 Her agent and closest companion, Charles, a man with his own demons, tries to stress the enormity of the situation to Rose: she possesses a holy grail that could change the musical landscape forever — and bring them both a lot of fame and fortune. But before they can cash in, they must first untangle the mystery that Marlow weaved into his music.

Along the way, they discover some terrifying truths about the man himself. The devil’s in the details — literally. Marlow believed the right notes could summon demonic forces, and he went to sinister lengths to bring his so-called masterpiece to life.

As they piece together this disturbing puzzle, the obsession that consumed Marlow to the point of a fiery suicide now threatens to drive Rose and Charles to a similarly violent fate. 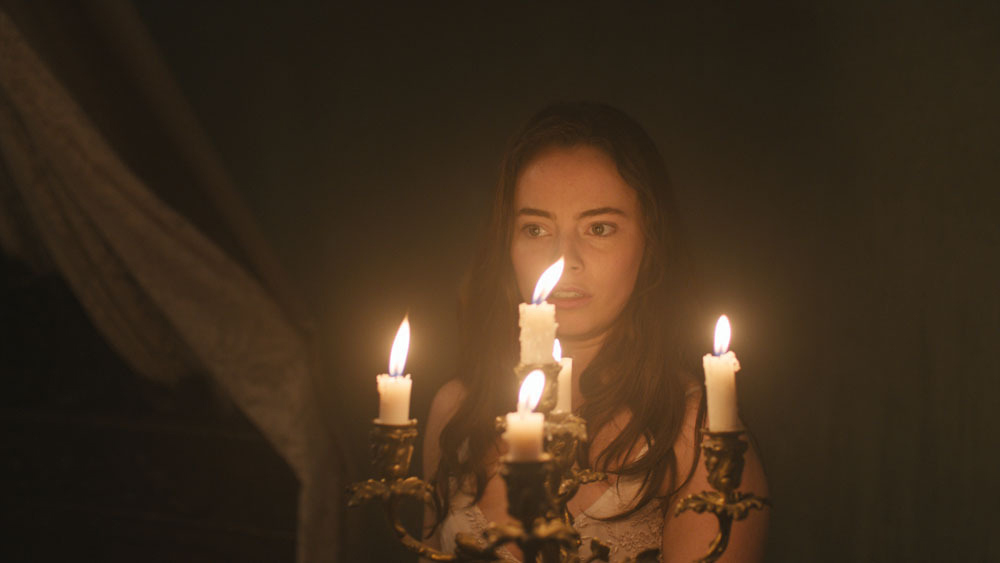 The Sonata is a film that knows exactly what it wants to be and doesn’t concern itself with breaking the mold.

It’s a stunning love letter to classic Gothic horror. In fact, it’s basically ticking off boxes on a Gothic horror bingo card: a dark-haired ingenue, a sprawling estate full of dark corridors and creaking doors, ornate Victorian interior design, menacing portraits of dead relatives. Someone’s practicing the dark arts. Our heroine carries a large candelabra down a winding staircase while wearing a white nightgown. All that’s missing is a madwoman in the attic.

So naturally, there are plenty of cliches, but I prefer to think of them as staples of the genre. “Cliche” has such a negative connotation that I don’t feel is appropriate here because the film does all of these things so well. There’s a reason storytellers return to these tropes again and again, because when done right, they can be beautifully effective. 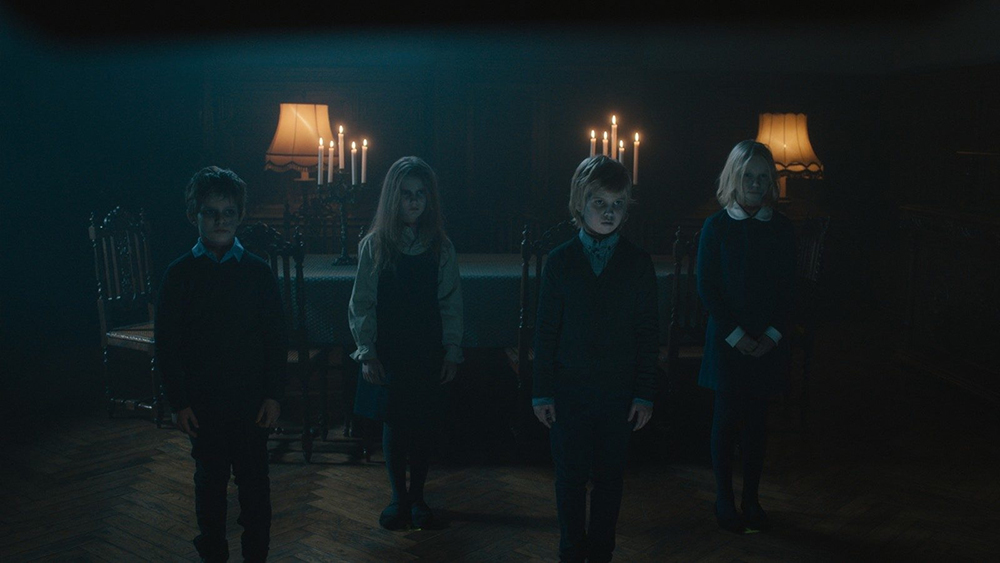 That being said, you’re going to have to allow yourself some suspension of disbelief when it comes to the plot.

If you find yourself thinking “that’s not how any of this works” (and you probably will), just try to go with it. Think of it like an episode of Dark Shadows — you know, like when Baranbas used I Ching wands to visit the Victorian era, or that time he found a locked bedroom that was a portal to a parallel dimension. But you go with it, because sometimes you just have to let yourself be entertained.

Some people will find the plot a little too ridiculous to take the film as a whole seriously, and that’s fine. But The Sonata takes its sometimes silly subject matter quite seriously (another very Dark Shadows-esque trait), which makes it all the more dramatic and kind of awesome.

Speaking of dramatic, of course we must talk about the music.

If you’re a fan of classical music, The Sonata’s score is a delight.

Often over-the-top, the film’s music lets you know there’s something sinister lurking around every corner, even if there’s nothing actually happening in the scene. The titular sonata is the devilishly perfect companion piece to the film’s crescendo, as the terror reaches a fever pitch to the haunting strains of Rose’s violin.

I desperately need the soundtrack to be released so it can become my go-to writing music. (And if I accidentally conjure a few demons in the process, well, that never hurt anyone, right?)

The Sonata isn’t breaking any new ground. It doesn’t rewrite the Gothic horror playbook. Instead, it’s a familiar formula at its spooky best. It’s like curling up under a blanket on a rainy day with a well-worn copy of Dracula. Or rewatching your favorite of Roger Corman’s Poe films (Charles is definitely the Vincent Price role).