Tone Death (UK, 2017), directed by Roger Amstrong and John Hickman, is a hilarious horror-comedy in found-footage style with a uniquely British sense of humor 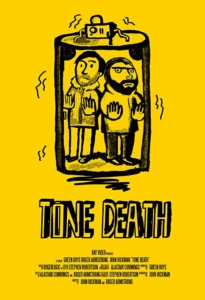 Imagine The Fly meets The Blair Witch Project meets Frankenstein – and multiply it with the coarse language and social interaction of The InBetweeners.  Then you’ll be somewhere near the brilliant Tone Death.

Roger is a drug addled techno musician, who has spent the last 20 years making (or not) an album, symbolic not only of his quest for perfection, but also his inability to see things through to the end – and the mocking of his peers which accompanies this. John is his best friend – a lovable layabout willing to do literally anything for his best buddy. 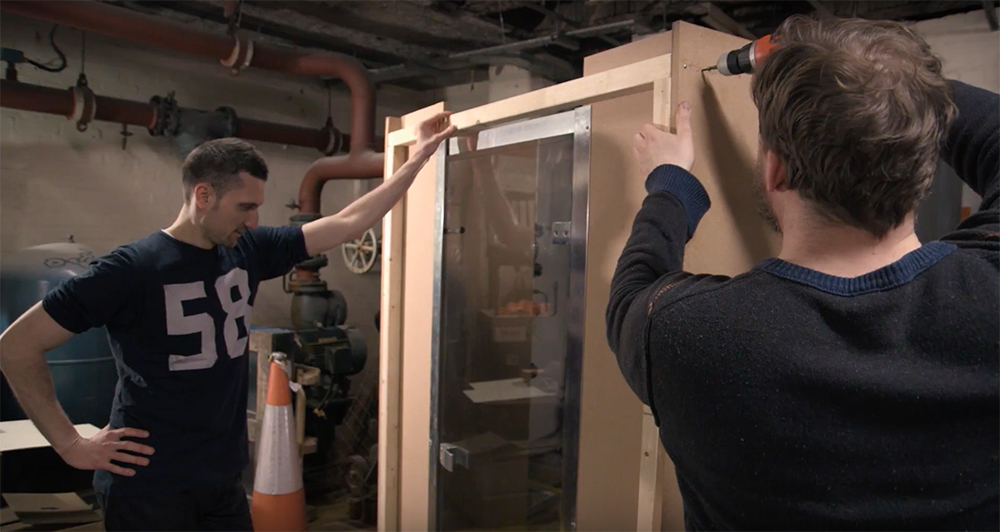 Played by directors Armstrong and Hickman themselves, watching Tone Death you wonder just how much of it is scripted, and how much is the actual interaction between these two guys.

Roger is the charming (if amoral and potty mouthed) lead here. His unquenchable thirst to find the “sound” that will help human consciousness reach a new level of spirituality via sublimation is noble, but hilariously flawed and tragically misconceived. As he bumbles through his experimentation, his intensity and passion to prove his naysayers wrong is comparable with Baron Von Frankenstein – and with similar horrendous consequences. 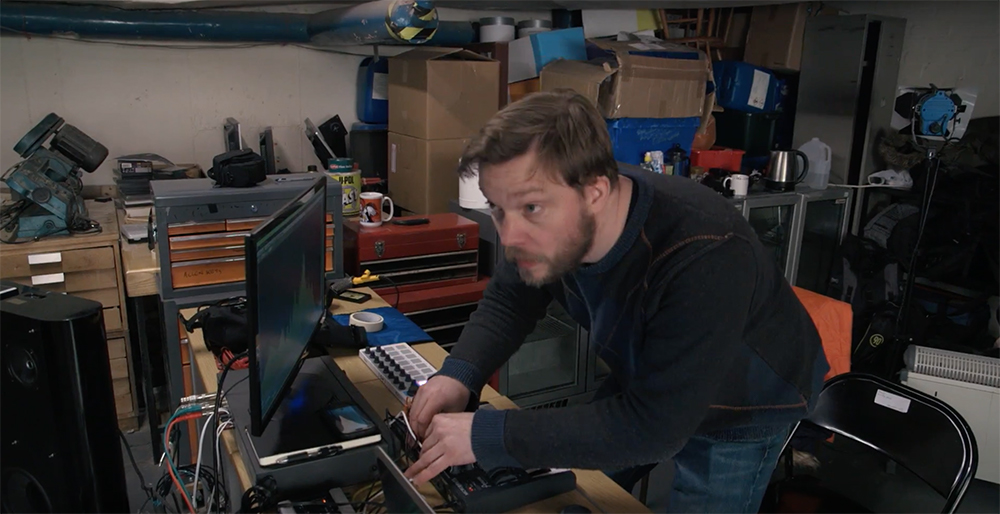 Taking a cameraman into the tight fold of their world (on the promise of payment), Roger (with John in tow) sets out to enlighten mankind. However, following an initial attempt in his parents garden shed, which involves using a colander-based helmet to transmit sound directly into John’s brain (incorrectly and hilariously described as his perineum), Roger decides he really needs his own space in which to build the ultimate sound booth. 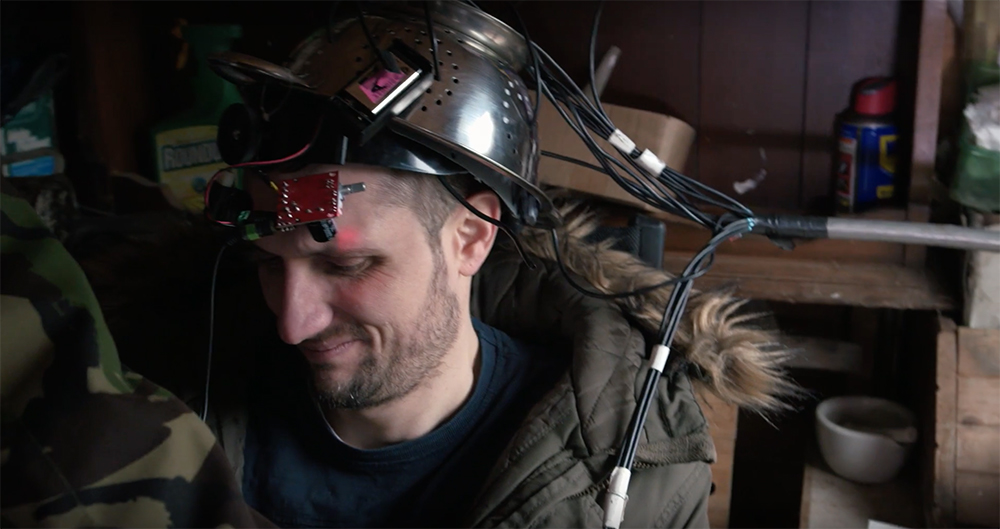 Cue much fun as Roger and John throw together a ramshackle cubicle using parts they’ve bought off of eBay in the basement of a dilapidated Arts Centre – including a wonderful scene of them buying some “state of the art” second hand car speakers from a guy in a back garden strewn with debris. The (sometimes unwilling) subjects of the experiment inject a life into the process as we will Roger to achieve his goal. But the steady progression of failures only drive him on, with extreme consequences. 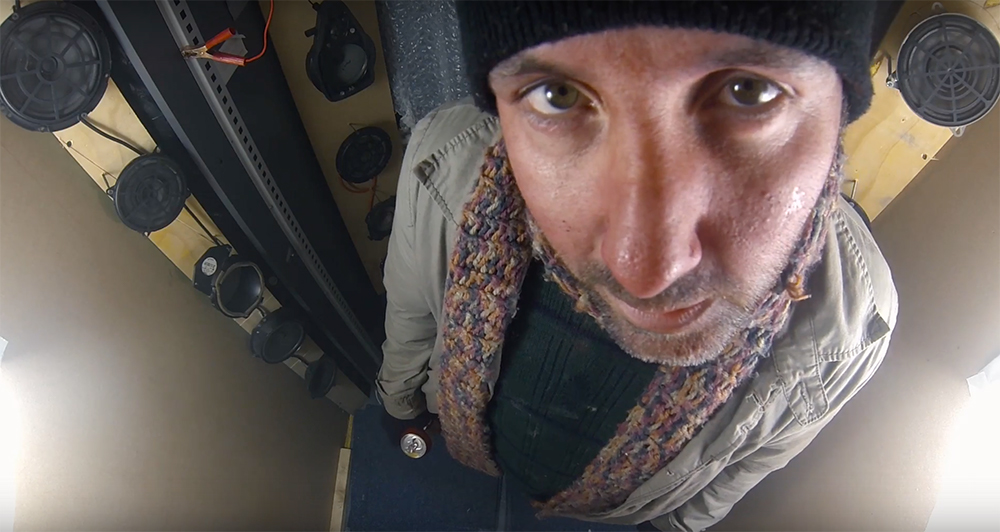 TONE DEATH’s visuals don’t offer anything particularly original, but it would be difficult to do so in what is effectively a found footage movie. The effects are done very well considering the extremely limited budget these guys obviously had – both VFX and practical combining to good effect. The sound is extraordinarily good for such a film, and it didn’t jar at all.  The camerawork also manages to avoid being too shaky and clumsy despite the basic premise.

The script is so funny that many of the audience were laughing out loud for much of the run time – a testament as much to the script as to the delivery and performances. 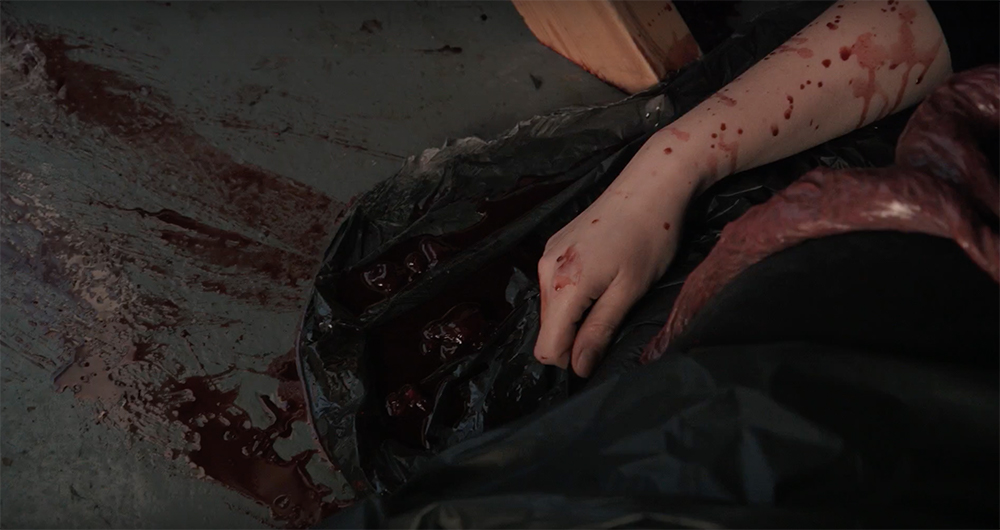 There’s few leaps of faith it asks of the audience, but we’re willing to make those because of both the found footage nature and the lovable characters. Another feather in the cap of this film has to be the score and general sound FX – it works brilliantly to make the story cohesive and combine diegetic sounds with the soundtrack, all the while helping to progress the story.

Having attended the world premiere at the Triple Six Film Festival, I don’t believe Tone Death has a distributor yet, so it might be a tough one to track down. But if you can, it’s well worth your time, and it deserves some more festival screenings at the very least.