“Camp Death III in 2D” is a slasher parody with mixed results: a self-indulgent, politically incorrect hodgepodge with some on-point death scenes. 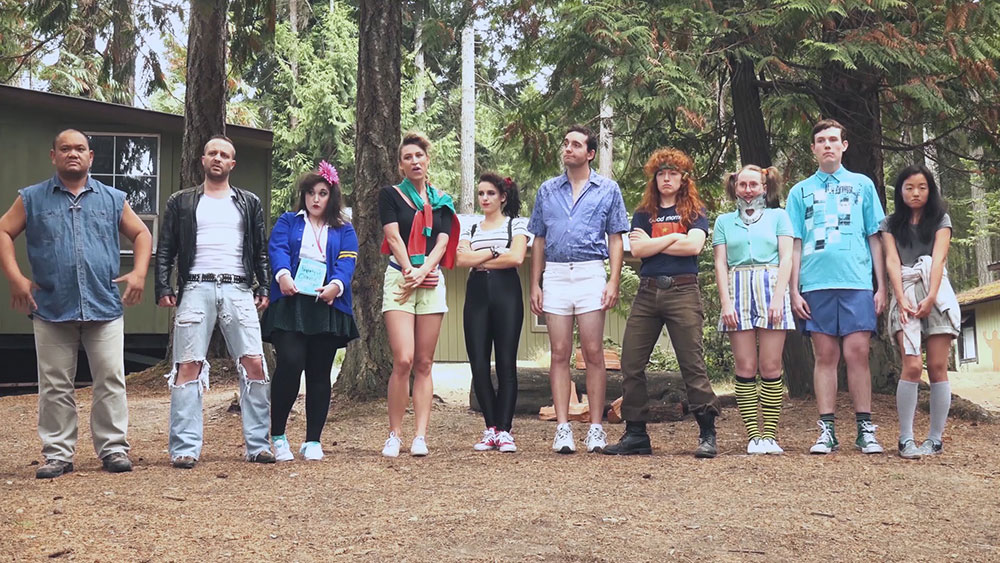 I’ve done it. I’m sure you probably have to. You watch a movie, and as the credits begin to roll, you ask yourself, “What the fuck did I just watch.” That’s how I felt with Camp Death III in 2D. Except that familiar feeling hit me after the opening sequence and the opening credits began run.

While basically billed as a parody of Friday the 13th in 3D, Death Camp III pays homage to many classic late 70s and early 80s films — not just the horror genre (although 80s horror is well represented). Amongst the obvious nods to the Friday the 13th franchise, Sleepaway Camp, Halloween, and countless other horror films, you’ll find scenes that could have been lifted from Caddyshack, Meatballs, and Return of the Jedi. 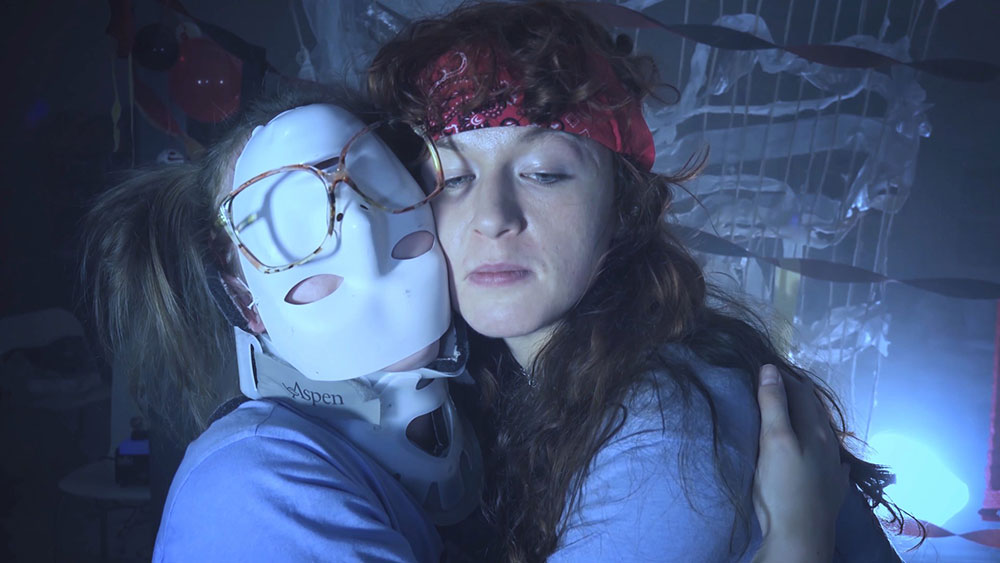 Don’t worry about catching Death Camp I and II before diving into this third part of the franchise. They don’t exist. The opening sequence takes us through a bizarre spin on the first Friday the 13th movie. Newspaper credits then lay out the plot of the “second movie” with the action beginning in Part III.

Camp Crystal Meth (yes, this is about as much effort as goes into the jokes throughout the entire movie) is being reopened. We’re introduced to Todd Boogjumper, a whiny, tear-prone counselor (Dave Peniak), and his Uncle Mel (Darren Andrichuk), who takes crassness to a whole new level. (Watch as Uncle Mel bootstomps a man fallen over in a wheelchair and verbally abuses everyone around him. Joining them is Todd’s girlfriend Rachel (Angela Galanopoulus), a survivor of an earlier slaughter by Johanne Van Damme (Terry Mullett), Camp Crystal Meth’s version of Jason Voorhees. 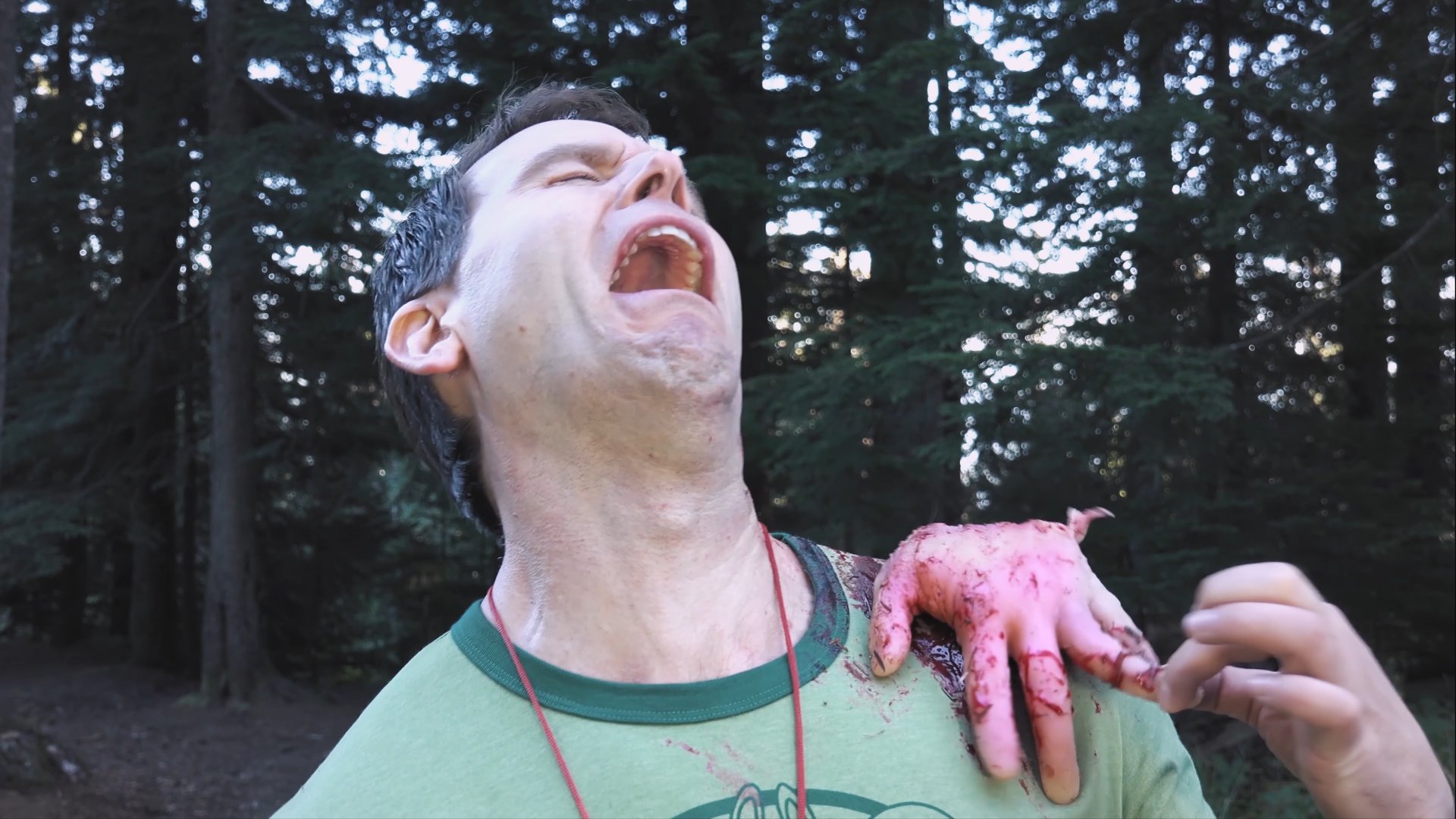 Todd’s brilliant idea for a camp is one set to take on guests who are mentally ill and criminally insane. What could go wrong, right?

The campers are all over-the-top parodies of your standard horror movie stereotypes. No need to get too involved in their characters, as they don’t stick around long (and don’t really make a lot of sense to the overall movie).

What am I missing? Oh yeah, a vicious squirrel, a foul-mouthed puppet, and a helicopter head (Don’t ask, just watch the movie).

It’s probably best not to expect much from a movie who’s poster tagline is “This movie is stupid.” It also bills itself as “the most terrible good movie you’ll ever see.” They were half-right. The movie is incredibly and very intentionally stupid. 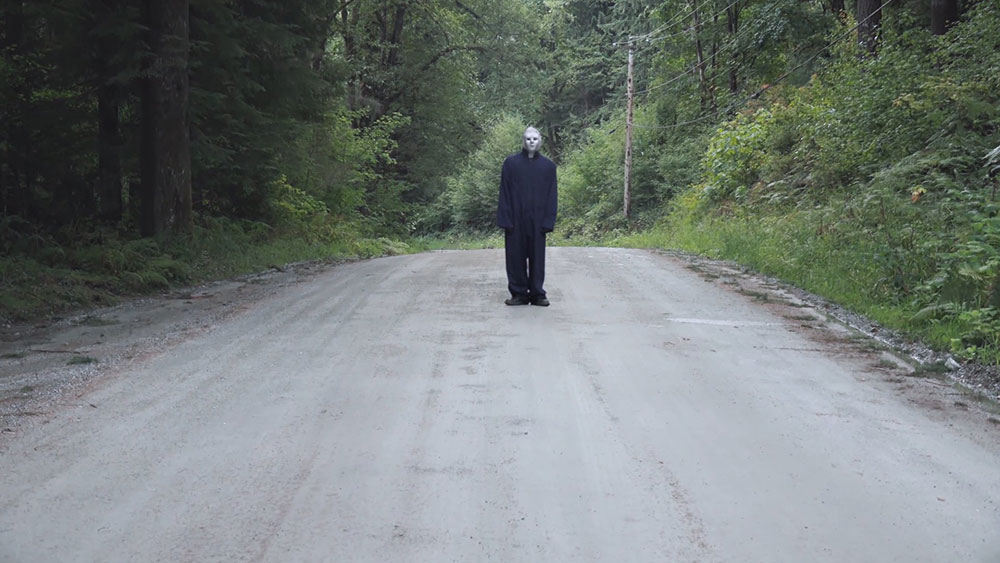 I tried really hard to open myself up the director’s vision, but so much of the humor was either pushing the edges of the envelope just a little too hard for me, trying way too hard, or just plain simply not funny. That doesn’t mean I didn’t let loose with an occasional giggle (I did) or an uncomfortable smirk (I did that a little more often), but overall, the movie was so intent on making fun of itself that it forgot to just be funny.

The acting talent is all over the place, and yes, I know they were being intentionally bad, but it was exhausting watching them. Stand-outs (despite being over the top) were Angela Galanopoulus and Jason Asuncion, who plays camper Jesus Hernandez, a man prone to violence and breaking out into song. 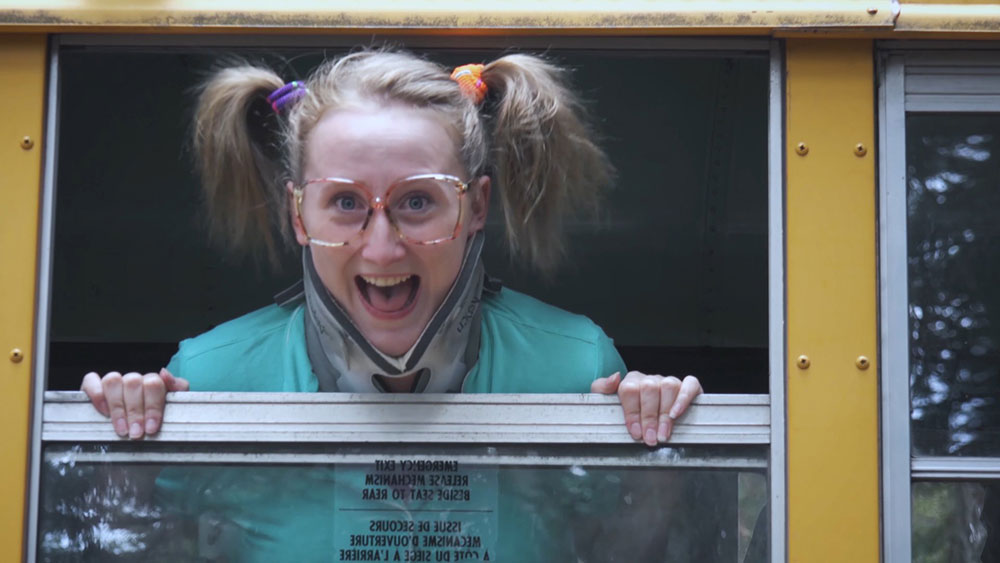 What works for the movie is the death scenes. While they may be as stupid as the rest of the movie (think toaster, chocolate bar, and self-inflicted light saber damage, most of them are lovingly and fairly-well executed (pun intended).

I love good horror comedies and good horror parodies. I love to see the genre get hoisted on its own petard when something is becoming used or over done. Scream, A Cabin in the Woods, Tucker and Dale vs. Evil are great examples of turning the genre on its head.

I, for one, also tend to love a great bad movie. But after years of watching them, I have found that the great ones are unintentionally bad. They were made with intent and hope and love. They may have failed, but that sincerity onscreen can make them wonderful gems to watch (Troll 2, Jaws 3-D). 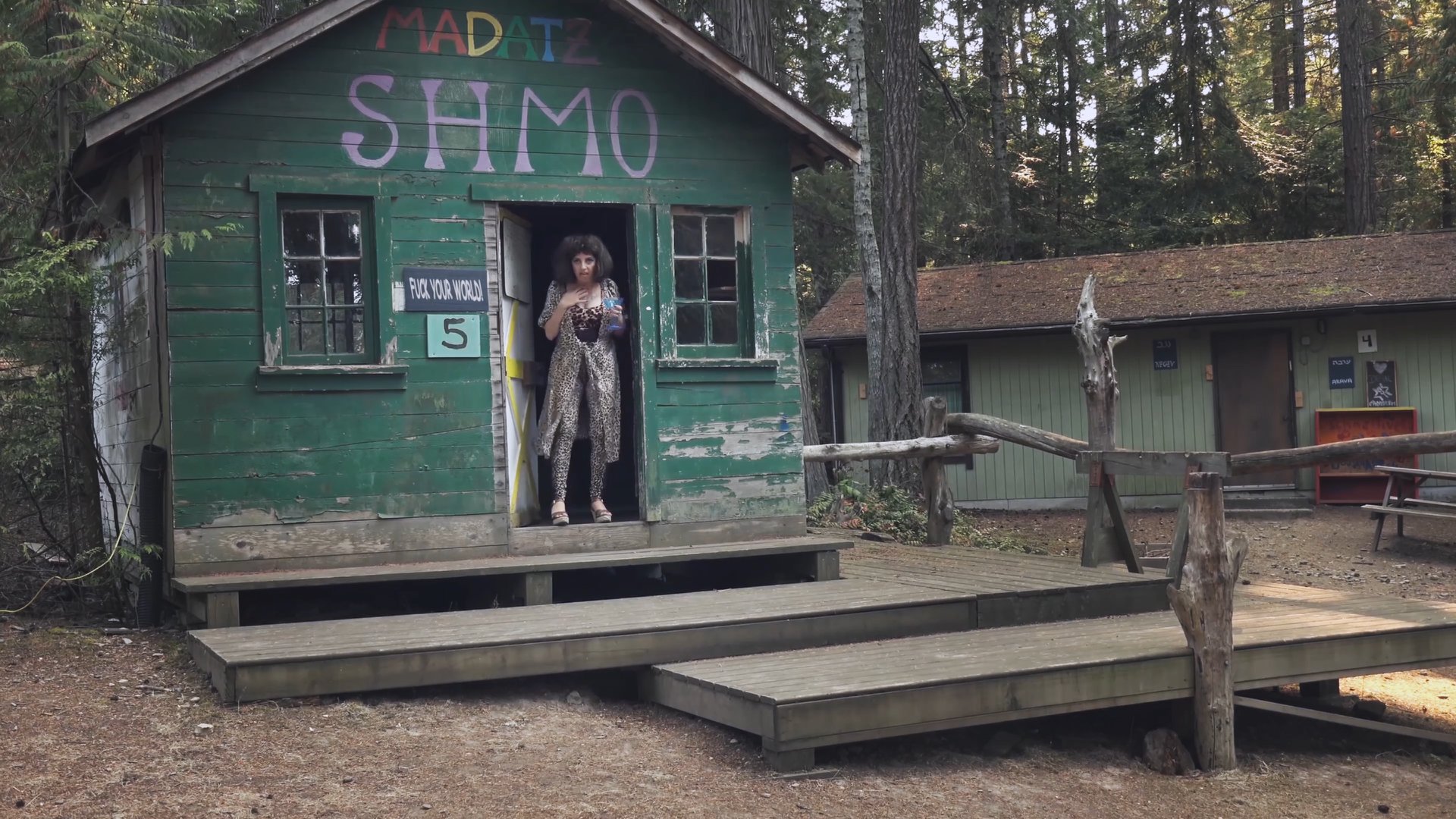 Camp Death III in 2D lacks that sincerity. It is readily apparent in every scene that the film creators are going for the lowest denominator and winking at the audience. If that’s your bag, you will probably love this movie. It was just a little too proud of itself for me.