“Tone-Deaf”, written and directed by the weird and wonderful Richard Bates Jr, is a funny and satirical thriller with a timely message.

Two generations crash into each other with terrifying results in this home invasion horror film that is also a darkly comedic critique of the bizarre cultural and political climates in the United States. A deadly case of dementia, and one generation against the other, leads to an insane fight for survival for everyone involved.

After watching Tone-Deaf, I was texting with my old-fashioned one finger style and had to laugh. I am part of the baby boomer generation this movie is making fun of. Although I use social media, write on a computer, and use an iPhone, I am way beyond the curve of understanding how to use technology the way younger folks do. Further, I often catch myself grumbling about my own millennial daughter’s lack of respect for us as parents. Thus, I live right in the middle of this particular generation gap! 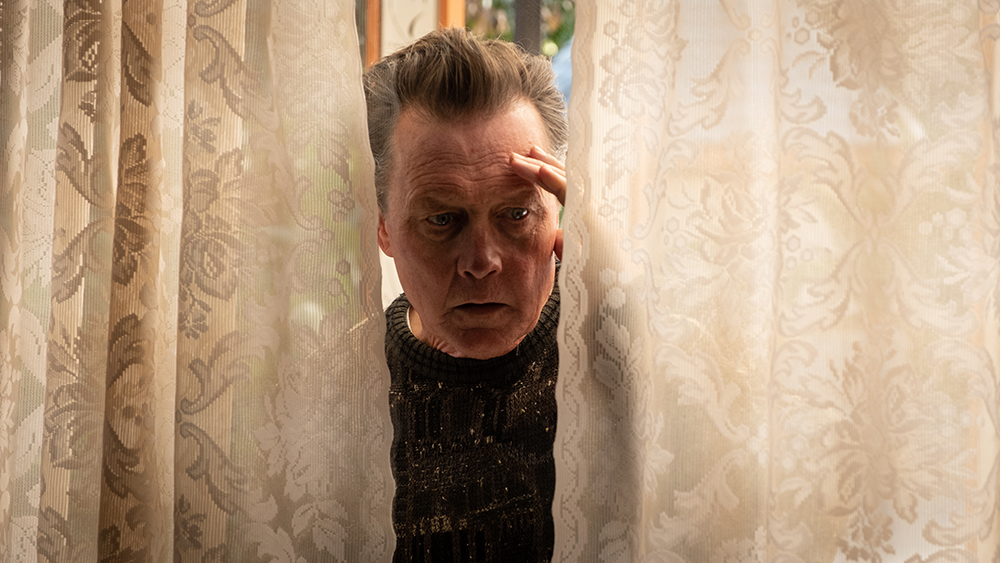 The world is changing at a rapid pace, and the differences between people born in different times is inevitable.

Things move so crazy fast and because of that, the lifestyle, ideologies, opinions, beliefs and the overall behavior of people undergoes radical change in a short period of time. This could be a good thing. However, most of the time it becomes the cause of conflict between generations. It becomes them versus us, or us versus them…whichever.

SYNOPSIS: After losing her job and imploding her latest dysfunctional relationship, Olive (Amanda Crew) flees the city for the weekend, escaping to the countryside for some peace and self-reflection. Renting an ornate country house from an eccentric widower named Harvey (Robert Patrick) turns out to be a bigger problem than the ones she left behind. The two collide with terrifying results as Olive awakens Harvey’s homicidal tendencies and is plunged into a blood-soaked fight for her life.

Tone-Deaf is an over-the-top satire that highlights the differences between the Millennials and the Baby Boomers.

We are definitely different animals, and I love the way writer/director Richard Bates Jr. delves deeply into the psyches of both generations, letting us into their worlds.

The example given by Bates, in a recent statement was, “Tone-Deaf was initially inspired by Norman Rockwell’s painting, The Connoisseur, which many believe sets out to satirize the artwork of Jackson Pollock. A gentleman wearing traditional business attire stands alone, inside an art gallery, staring off into a void of abstract expressionism. But the closer this director looks, the more I see a portrait of a frightened and confused old man at odds with modernization.”

Harvey is suffering from dementia. Widowed and alone, he loses all sense of reality, and his psychosis causes him to wonder what it feels like to murder someone. That’s “an itch he’s never gotten around to scratch” as he puts it. Not being of right mind, he begins to act on upon his homicidal thoughts.

Harvey rents out his huge house, and the lucky recipient is Olive. She is a very unlikeable young lady, but not without a backstory that makes us understand how she became a self-absorbed jerk. Her father (Ray Wise) committed suicide while she was playing at a piano recital as a child. So, as a result, even to this day, no one has had the nerve to tell her she sucks at piano. Hence the name of the film.

Her free-spirited mother Crystal (Kim Delaney) is quite the hippie and lives on a commune. So, Olive’s life growing up was probably not set in a very reality-based world. Olive thinks the world revolves around her. A pretty damn good way to describe how most older people view Millennials.

After getting fired from her job by her tool of a boss (a really great cameo from Ray Santiago) and breaking up with her loser boyfriend, Olive’s friends tell her she needs to get away from it all and suggests she rent a place where she can get her thoughts together.

The house she finds is amazing, expensive and in the middle of nowhere — perfect! Little does she know what is waiting for her.

At the house, Olive putters around. She tries to get her car washed by some locals, who do that badly but sell her some LSD. She meets a guy from Tinder at a bar and invites him back for dinner. Harvey, who was following her, saves her from that big mistake. So Tinder-guy never shows up. Back at the house, she takes the LSD. And in a drug induced stupor, she has a talk with her dad (one of my favorite scenes — Ray Wise is amazing!), and Harvey comes for a visit.

This goes incredibly bad, as I am sure you can figure out!

One of the things I like best about this film is when they break the fourth wall. Rarely done, because it doesn’t usually work, in this case, it’s perfect. Harvey has some serious issues with young people. And when he turns his gaze into the camera and goes on a rant about politics, millennials, Olive and the things he wants to do to her and all young people, it’s hilarious.

Robert Patrick is the stand-out for me in this film.

We really get to see what is going on in poor confused and demented Harvey’s head!

This is not a film for the squeamish. Harvey’s rampage involves many more victims other than just Olive. There are blood and guts galore. The practical special effects were spectacular! 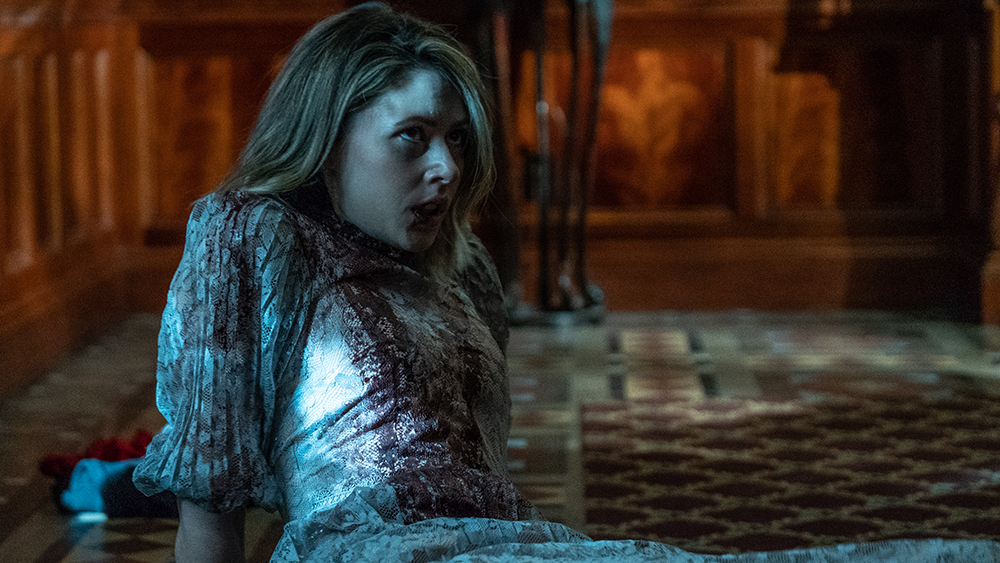 Tone-Deaf is a ruthless and blood-soaked tutorial on the cultural divide between the generations. This film made me laugh more than most movies do, and I adore that I learned something too.

Tone-Deaf made its world premiere at this year’s SXSW. It will be in Theaters and On Demand from Saban Films beginning August 23, 2019.