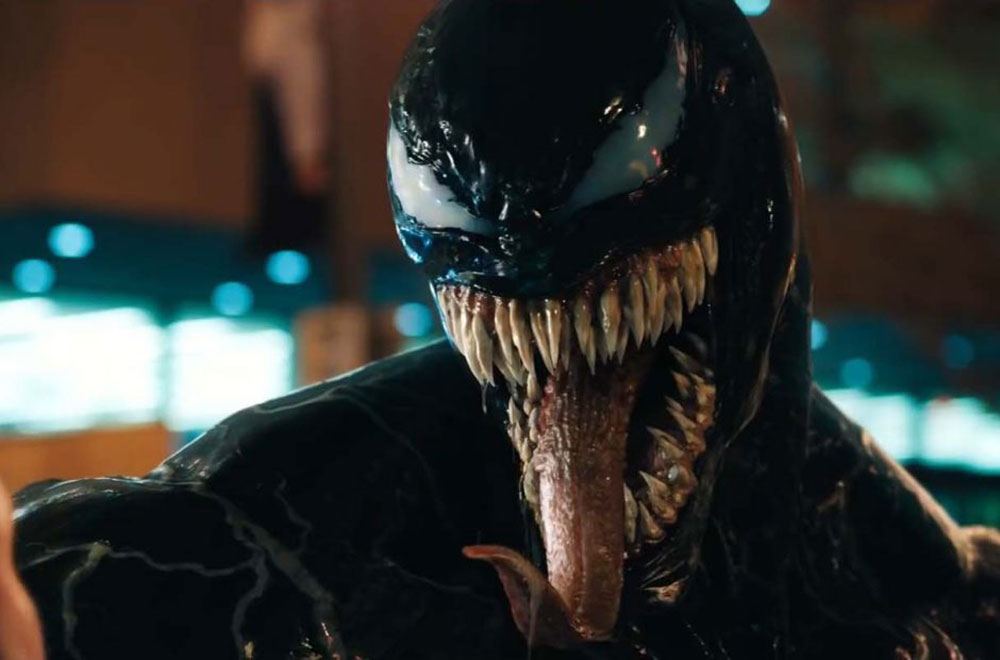 Let me get this out of the way right now…I am a HUGE fan of Venom! He is my all time favorite comic book character, so much in fact I have a tattoo of him on my leg and lots of Venom collectibles. When it leaked that Venom would be in Sam Raimi’s third Spider-Man film, like everyone else, I was beyond excited to finally see my favorite character go mano e mano with Ol’ Webhead.

Topher Grace (Eric Forman from That 70’s Show) was chosen to bring Eddie Brock and his alter ego to life and, well, to say my excitement was crushed similar to my hopes every year the Cowboys don’t win the Super Bowl is a severe understatement. The movie was terrible, and Grace was miscast from the start. 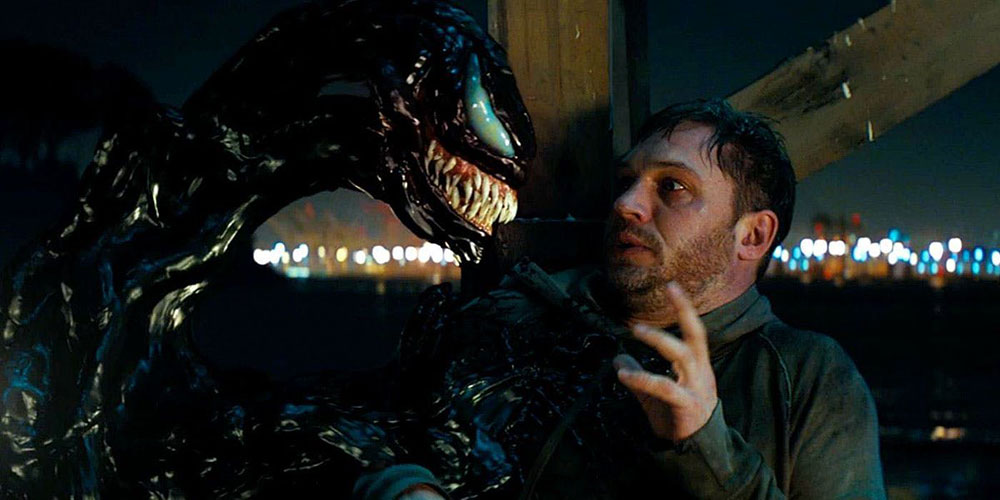 Sony in their infinite wisdom decided that the Symbiotic Anti Hero deserved one more shot at big screen glory. Tom Hardy was chosen in the lead role of Eddie Brock and Ruben Fleischer (Zombieland) would be helming the project. The film was to be a darker and edgier comic book film with a hard R rating in the vein of Logan and Deadpool. It was also reported that the film was going to be more of a horror film due to the nature of the character.

Sony was promising an anti-hero for people suffering from “superhero fatigue”. Once the trailers started hitting social media, people were skeptical of this actually working, especially due to the lack of a certain wallcrawler that is necessary for the genesis of the Venom character.

Unfortunately, the film does nothing to ease those skeptics. Not only is this a paint by numbers superhero film, it completely abandoned any evidence of an R rating, as Sony flinched during post production and made every attempt to ensure it was rated PG-13. Even worse, Venom somehow comes off as a good guy by the time the credits roll. 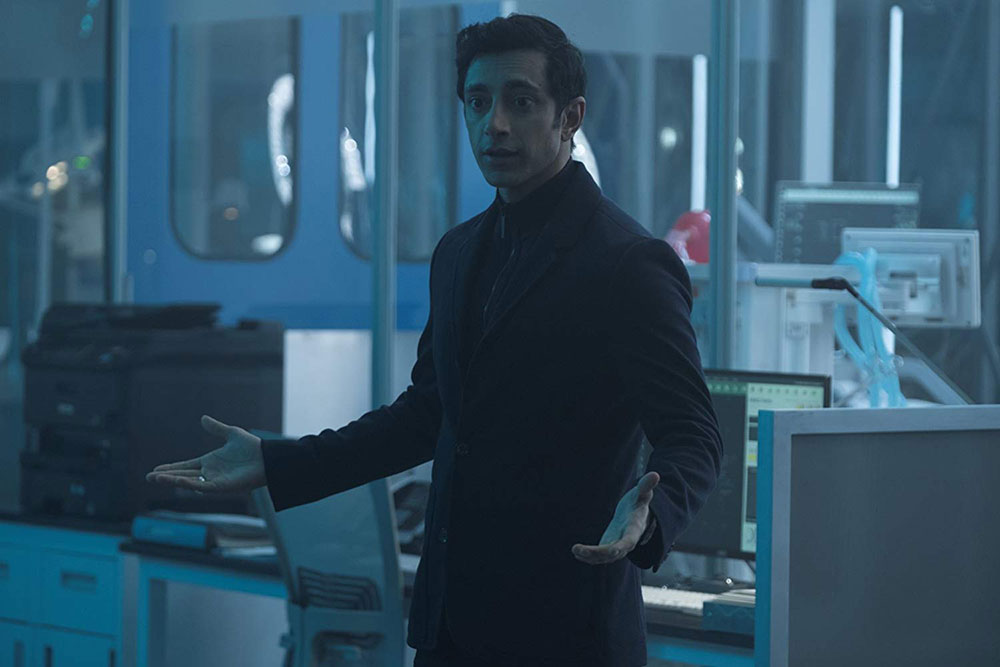 The “plot” is similar to a slice of swiss cheese, as there are so many holes in it that you’ll find yourself getting a headache trying to figure out what’s going on and what truly motives these characters. Egomaniacal billionaire wants to take over the world using symbiote aliens from outer space and only one down on his luck Internet blogger, who happens to bond with one of those symbiotic creatures, can save the world.

The cast…well honestly majority of these of actors are miscast or showed up for the paycheck (I’m looking at you Michele Williams). Tom Hardy while slightly better than his disastrous turn as Bane in The Dark Knight Rises, just feels out of place in his own film. The accent he uses doesn’t fit the character, and comic book fans will have nerd rages over the liberties the studio took with this beloved character. 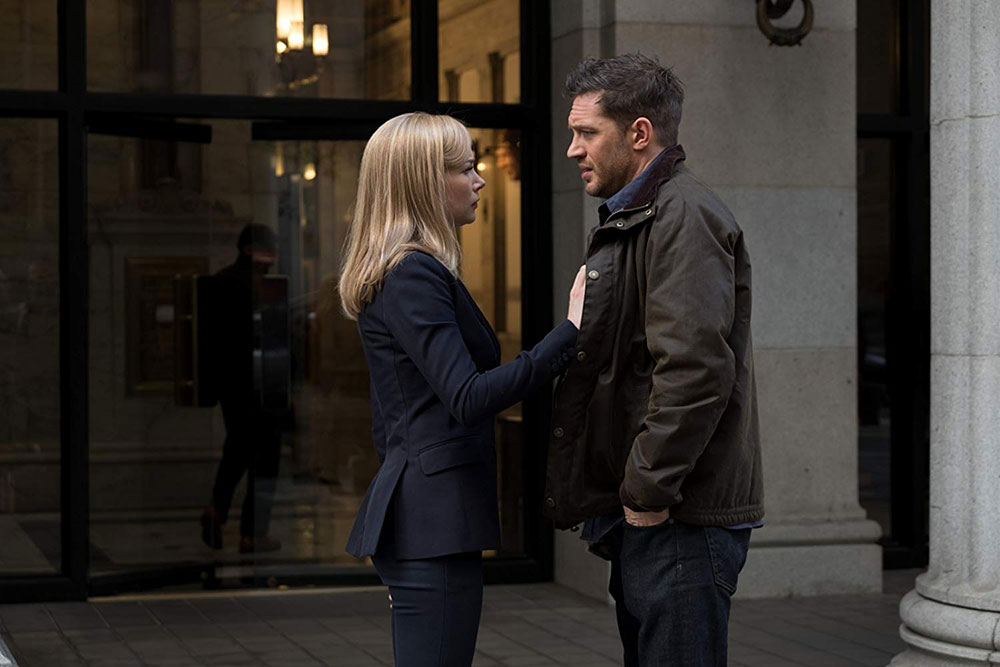 The film also commits the CGI Sin, as it relies heavily on it for most of the picture. It’s not good CGI either…more often than not, Venom looks like a cartoon in the real world. Humor is something that could’ve helped make this a better viewing experience. However, when said humor feels forced and awkward, it’s more of a cringe worthy affair.

Here’s an example. In a scene where Eddie is trying to escape a building, Venom tells him to jump out the window except he decides to take the elevator. While waiting for it, Venom calls him a pussy. These are the jokes, folks.

Yes, there is the obligatory Stan Lee cameo, and there was a cool mid-credits scene that any fan of this character could see coming from a mile away. 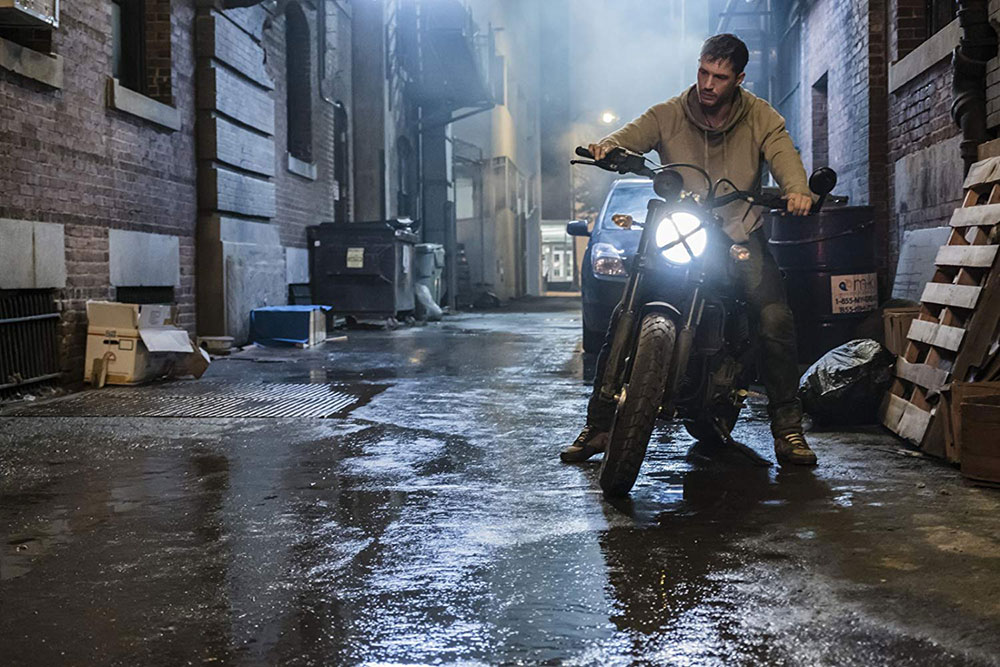 But make no mistake, this film is a train wreck and an epic fuck up of massive proportions.

It has never been more painfully obvious that Sony needs to give the film rights for Spider-Man and all accompanying characters related to him back to Disney. They are desperately trying to hang on to these rights, and if this movie is proof of what else they have up their sleeve, then the Spiderverse is in big trouble.

This film gets 1 1/2 Butterflies out of 5, and even that feels like I’m being too generous. Venom deserved much better than this.