Haters gonna hate, but is all of the venom being spewed at Sony’s latest attempt to keep their Spider-man universe alive legit? 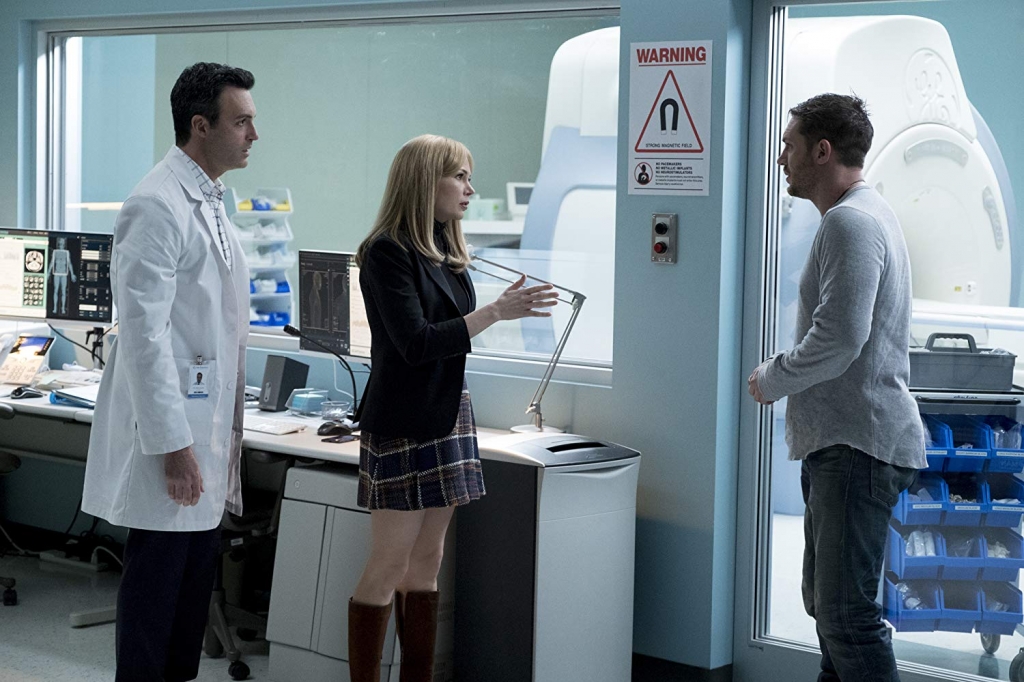 I just flat-out loved the movie.

While this may be a minority opinion, it is the undeniable truth. And the thing is, I can’t really argue with anything the other critics are saying. Is the movie formulaic? Yes. Are there significant plot holes? Definitely. Have I seen better CGI? Yes. Is the movie missing something with the absence of Spider-Man? Most definitely.

Did any of that stop me from enjoying the movie? No, it did not.

Now, take this from my point of view. I don’t read a lot of comics. I have never read a lot of comics. No snobbery. I respect the genre and think there is a plethora of creativity both in the writing and in the artistry. It’s just that I became a movie guy at a very early age and just never really got into comics. 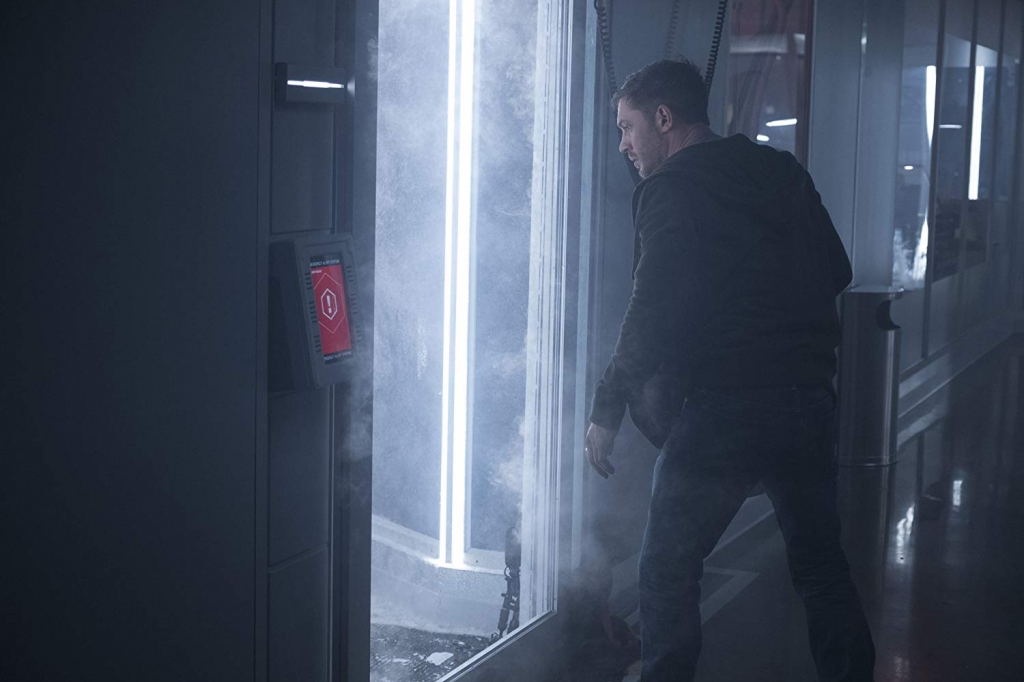 My earliest remembrances of the Spider-Man character was the character on The Electric Company, and the short-lived 70s live-action TV show. Of course, I had the shared collective knowledge of how Peter Parker became Spider-Man, but I never really knew much about the character and the world of Spider-Man until the Sam Raimi movies. Up to this point, my working knowledge of Venom began and ended with Spider-Man 3. (Sorry, Venom aficionados.)

So I didn’t go into the new Venom movie with any expectations other than hoping to have a good time.

Tom Hardy portrays Eddie Brock, an investigative journalist working on a story about billionaire scientist Carlton Drake (Riz Ahmed), who is doing experiments on humans with an alien life form they call symbiotes. He becomes infected by that life form, thus becoming the titular character Venom. 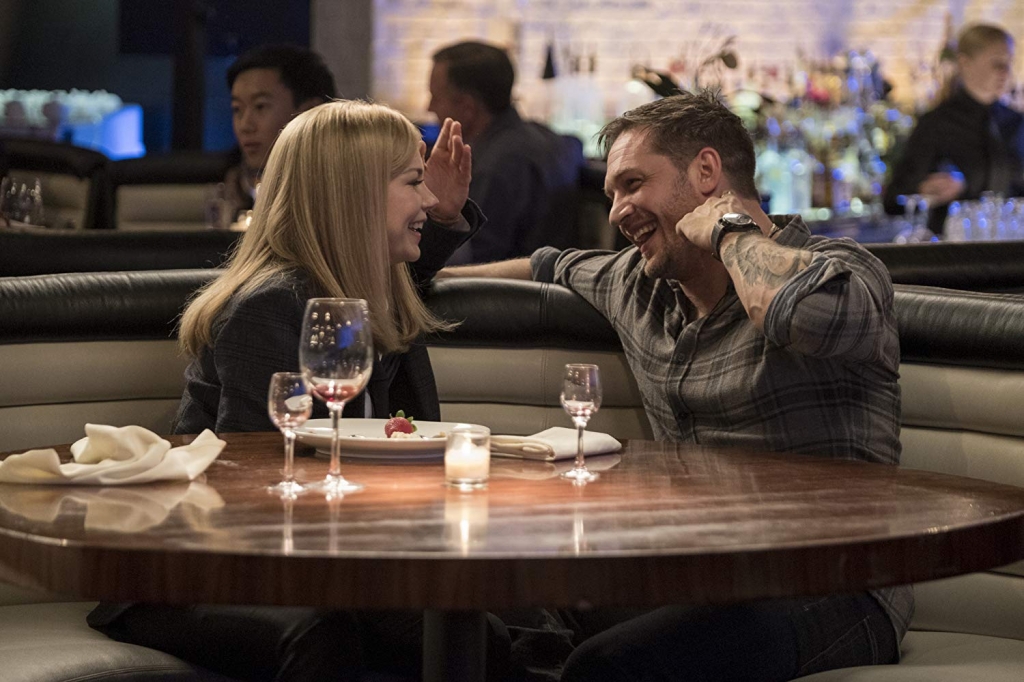 While the rest of cast are basically cookie-cutter characters without a lot to do, this is Tom Hardy’s movie, and he does not disappoint.

Hardy is nothing short of brilliant. He handles the Jekyll and Hyde nature of the Brock/Venom inner battle with perfection. And he’s funny. He plays so many heavy roles, I tend to forget how well he also does comedy. And that’s one of the things I loved about the movie. It is genuinely funny. I was expecting a darker tone given my understanding of the character (and I know many were hoping for a harder, rated R Venom — which I also was expecting), but I loved that it balanced the dark and gritty with some laugh-out-loud humor. 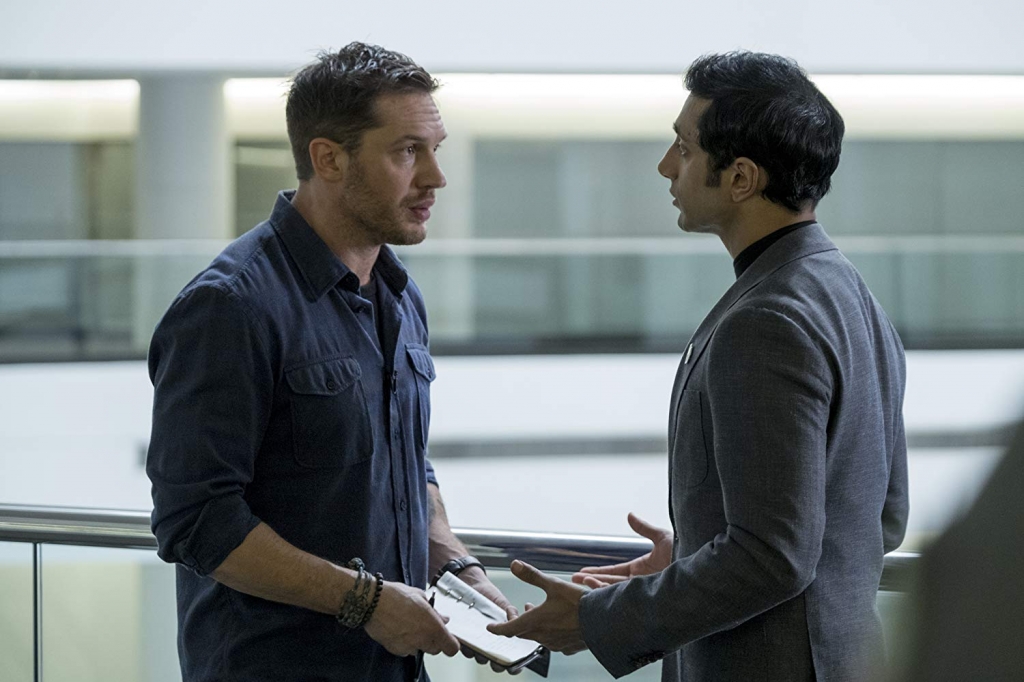 While the CGI wasn’t perfect, I didn’t think it was terrible either. We saw the movie on Thursday night in 3D, and I was overall pleased with film. While I normally hate spending the extra cash on the “3D experience”, this was the earliest late show I could catch, and I wasn’t disappointed. I was in a mixed party seeing the movie (3 males — 1 female, ages teen to old man). We all enjoyed the movie.

So hate on me if you must. But ultimately, I judge a movie based on the time I had in the theater, and I had a great, fucking time at Venom.

Now that it’s on out on digital and Blu-ray/DVD, it’s a great time to give this one a chance — especially if you’ve been avoiding it because of what you may have heard. If you go in with the right expectations, you may find that (like me) you have a really great time with this one.