Posted by:
Tags:  Comedy indie film Welcome to the show

The compelling, character-driven “Welcome to the Show” takes you on a wild ride as you try to unravel the mystery of what’s happening. 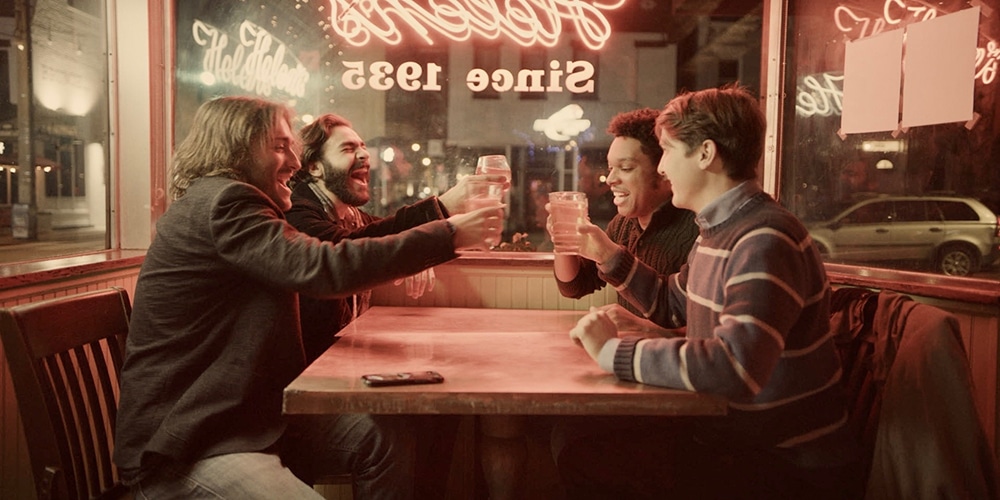 Welcome to the show is a multi-award-winning indie thriller with comedic elements from acclaimed indie director Dorie Barton, which follows four college friends as they descend into a drug and drink-fuelled journey of paranoia, growing tension, and absurdity over the course of one day.

It all begins with the four friends deciding to stay on campus and party over Thanksgiving break instead of returning home to their families for the holidays. After the apparent ringleader of the group, Simon receives a mysterious invite to ‘The Show’, the group decides to get ready with a generous cocktail of weed and booze before accepting this intriguing invite.

Once they arrive at ‘The Show’, they are escorted out into a quiet suburb and abandoned with no phones or wallets and a set of rules, including not being able to talk to people about the show or to ask for help.

From there, we follow the four friends through trials of the tense, meandering, and downright bizarre as they try to figure out what ‘The Show’ is all about and how to find their way back to where they started.

It’s hard to avoid saying too much about this film.

The entire premise is about figuring out what the fuck is going on, so going into too much detail about any one point of the film could ruin it for the viewer.

What I can say is that it is very well acted by the four main characters. They each show a range and depth of emotion throughout as they are met with increasingly difficult situations and tempers flare with growing unease about the terms of ‘The Show’.

They are seemingly forced to take a long hard look at themselves and their blasé, hedonistic take on the college experience as they try to figure out what is going on. Because of that, each individual actor gets a chance to shine with moments of introspection and heated group friction in equal measure.

The style is very minimalist, with the use of a quite sparse soundtrack, a small cast for the most part, and the abandoned open spaces and empty suburban areas that the group is wandering. It really gives the film a 90s era indie feel, and the addition of grunge-style original music throughout only adds to that feeling.

Barton’s direction has a clear vision. And the combining of all these stylistic choices makes for a very cohesive piece overall.

Because of the plot and the way the film unfolds, it is definitely gripping, helped tremendously by the lead performances.

But because of the nature of the film, I don’t think it would capture the same feelings with repeat viewings. In fact, it might only retain some of the initial impact if it is only revisited after enough time has passed for the viewer to have forgotten some of the key points of the film.

As a side note, and in no way condoning the use of recreational drugs, I feel that it would be an entirely different viewing experience through the intoxicated lens of the protagonists, possibly adding to the sense of paranoia and loss of direction.

In conclusion, Welcome to the Show is worth checking out if you’re a fan of minimalist indie films with a mysterious and thought-provoking leaning.

The film is available on VOD now from Gravitas Ventures.