“Wij” is a beautifully-shot but troubling coming-of-age tale about maladjusted teens who engage in acts of sexual depravity and personal destruction.

“Poetry,” “beauty,” and “the serenity of nature” might not be the first words that spring to mind after one watches Rene Eller’s disturbing and graphic film Wij (We in English). However, despite the picture’s abject nihilism and ice-cold themes, the lush landscapes, easy-going cinematography, and soothing music of the film provide a certain amount of comfort in the face of bleak acts of youthful depravity and pornographic abandon.

Despite outside appearances, contemporary suburbia is more perverse and sleazy than one could ever imagine, and Eller’s bold, experimental film has no qualms about exposing the underbelly of a youthful society gone horribly corrupt.

Based on the novel by Elvis Peeters, Wij is a powerful viewing experience for mature audiences.

Like Larry Clark’s Kids before it, Wij holds little back in the story of a group of teenagers who entertain themselves one summer by engaging in explicit sex, prostitution, physical assault, blackmail, and other dehumanizing acts. At times the film seems unscripted, and the young actors do an impressive job at coming across as entirely real, cold, distant, and occasionally empathetic.

With many warm, boring days of summer ahead of them, the kids — both male and female — indulge in these acts so casually and gratuitously that the film almost loses some of its punch, appearing at times like many other exploitation films with little substance underneath.

But there is something truly captivating about Wij, something that makes the film impossible to look away from even during its most unsettling moments.

Artsploitation Films, who are releasing Wij on DVD and Blu-ray, have a startling gem on their hands — if only people will be brave enough to sit through the film until the end. 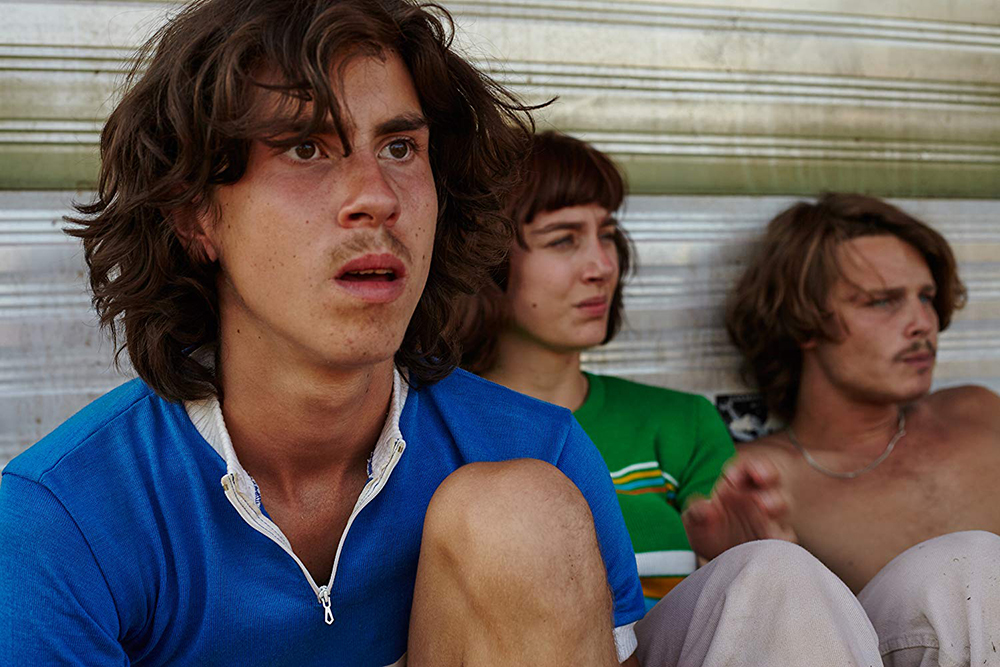 A somewhat suspenseful framing device (the testimony of one of the kids during a trial involving a mysterious death and a potential pedophile) should work to hook the audience and keep their attention to the closing credits.

And it is that “mysterious death” that serves as the cornerstone for the film’s non-linear plot, a narrative technique that is fairly easy to follow and yet still builds intrigue and momentum with each passing scene.

From the point of view of different characters, we learn bits and pieces of what tragedy befell one of their friends. Was it an accident? A murder? A sex game gone terribly wrong? Unlike other films that may shy away from depicting the answer in a graphic manner, Wij tackles the conflict head-on, leaving no stone unturned when the story finally reveals all of its secrets.

Anyone viewing the movie should be forewarned that many scenes are extremely explicit and a few shots are nothing less than hardcore pornography.

But unlike pornography, in which the idea of “innocence lost” is a narrative joke, Wij hits hard with its portrayal of teenagers lost in their own immoral and self-destructive world.

All at once the film is disturbing, thrilling, tragic, and sad. The emotional vulnerability of each of the young actors contributes to the devastating wallop of the story, especially as the film nears the end.

While Wij definitely has a concrete ending to many of the plot’s conflicts, the suggestion at the conclusion of the film is that nothing has really changed among this group of disaffected youth.

Even though the main characters will undergo transformations in their beliefs and psychology, the true horror of the movie is that their lives will continue much in the same fashion — perhaps in a different country, perhaps with a different set of friends — but with all the same inner doubts, fears, insecurities, and unspoken desire to inflict cruelty upon others.

Wij is not a film that most people would want to watch more than once, but it deserves an audience willing to confront some of the darkest realities of human nature.