While far from perfect, Stephen King’s Children of the Corn boasts memorable performances, a unique story, and some of the creepiest kids in horror. 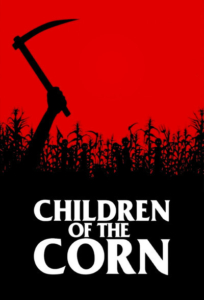 Synopsis: A child preacher named Isaac shows up in a sleepy little town in Nebraska called Gatlin and somehow convinces the children to murder every adult in town. The children also have to give themselves up as a sacrifice to “He That Walks Behind the Rows” on their 18th birthday. No adults allowed in this town!

A young couple driving cross country literally run into a boy trying to escape, (his throat slit moments before) and feel the need to report the murder. They go to the nearest town to seek help, but the town seems deserted. Unfortunately for them the town they pick is Gatlin and they are soon trapped with little chance of getting out alive. 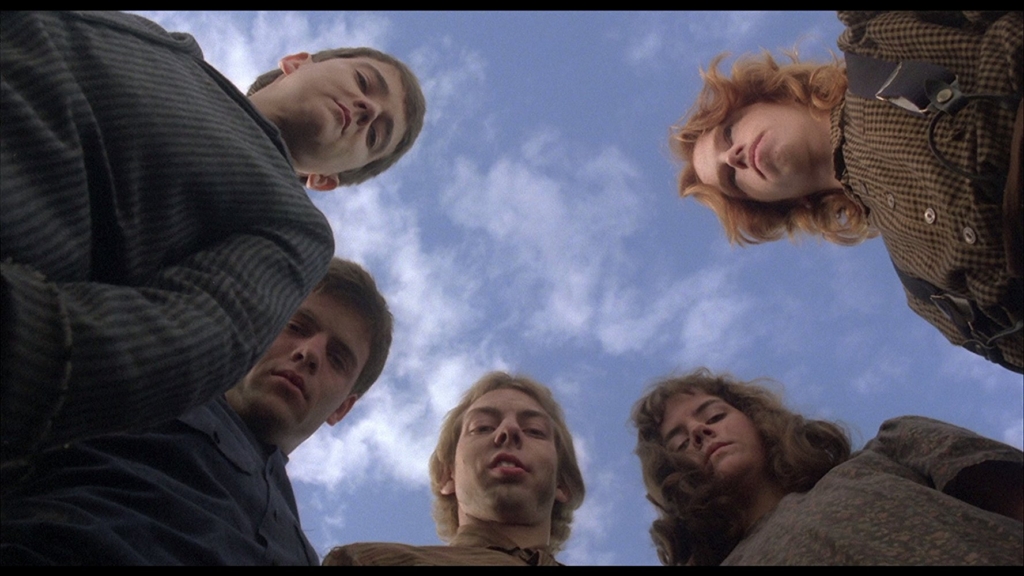 Starting with Carrie in 1976, the name Stephen King was then and still is now, synonymous with horror success. Followed by Salem’s Lot in ’79, The Shining in ’80, Cujo and The Dead Zone in 1983, Stephen was truly the King of horror. And Hollywood wanted more. One of my favorite Stephen King short story books, Night Shift provided many new chances to cash in on Mr. Kings writing.

In 1984, the first of these short story adaptions was a little movie called Children of the Corn. I’m writing here not because I want to sell it as the greatest horror film of all time, it isn’t, but to give it the credit it deserves.

It’s worth a watch, even if it gives you a few giggles in amongst the creep factor. But note — do not bother with any remakes or sequels. Nope, don’t do it. Trust me. This is the one to watch. 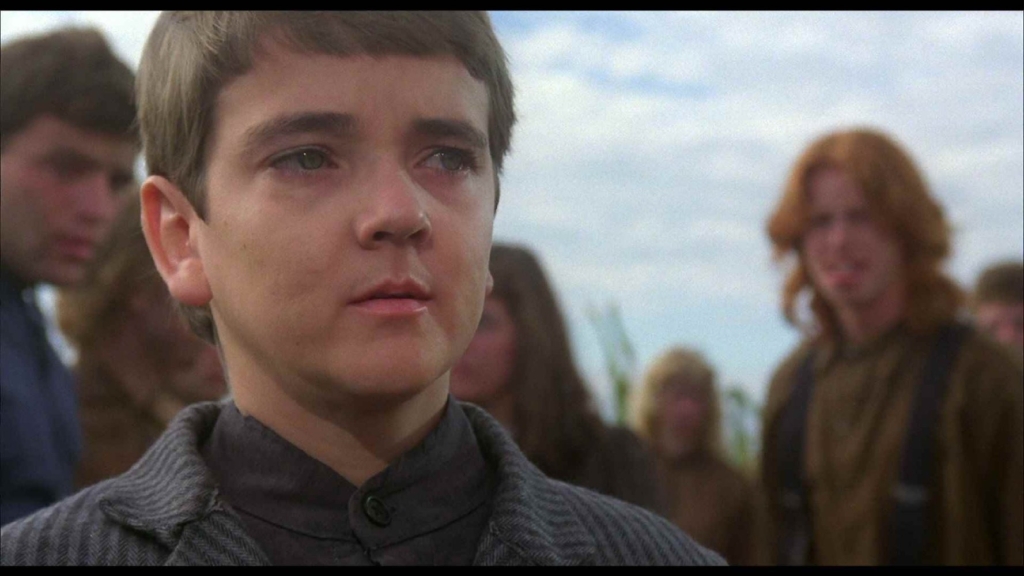 The first thing that has to be remembered is that the movie is based on a short story. To take that and make it into a feature length film, when you had a very small budget, was a difficult plan in the first place. I know that if it had been made into a horror short in an anthology film, it could have been a greater story. But as a humble B-Movie, with some decent performances by all, a number of good jump scares and blood splatter, along with the creepy feeling you are always being watched and judged, the movie succeeded well.

Linda Hamilton (before we knew her as Sarah Connor) and Peter Horton (Thirtysomething) do a good job as the naïve couple that wanders into a little hell on earth, being stalked by children who kill adults, and also worship the demon who lives in the corn fields. John Franklin was very creepy as Isaac (even though he was not actually a child at the time) and Courtney Gains was the one that freaked me out, as the very deranged and psychopathic Malachai! The cinematography of the surrounding cornfields was beautifully disturbing, and the score added to the feeling of dread. I always get the creeps in the fall when I go through a corn maze. That whispery, crackling sound always makes the hair stand up on the back of my neck, and if a child comes around the corner! Help!

I have read and seen everything ever done by Stephen King, and Children of the Corn will always be my list if I am binge watching Stephen King. 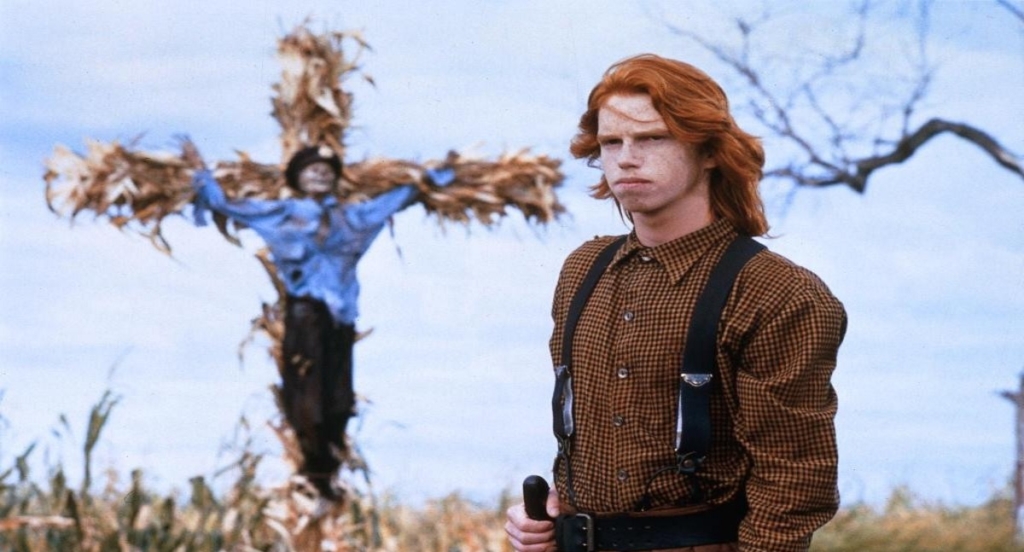 It belongs on a Halloween must see list, and it can be shared with your kids because the depiction of violence is insinuated rather than graphically shown. The “You better be good or else you go out to the corn field” feels very Twilight Zone, which works for me. It was a good short story and has a very creepy premise.

Watching now as a parent, I get chills thinking that kids could take advantage of us, and we wouldn’t see it coming! We’d all be, “Oh, put down that rubber knife sweetie… AHHHHHH!”