We celebrate the life and legacy of the queen of Hammer horror, Barbara Shelley, with a look back her five most memorable performances.

In the 1960s, Barbara Shelley was the it girl of Hammer horror. She more than earned the nicknames of “first leading lady of British horror” and “technicolor queen of Hammer,” appearing in some of the studio’s most memorable films, alongside its most legendary stars. She is one of Hammer’s most legendary stars. While she may not be a household name today the way that Christopher Lee certainly still is, Shelley was one of Hammer’s biggest stars during their golden age and a heavyweight performer worthy of sharing top billing with the likes of Lee and Peter Cushing.

On January 4, 2021, Barbara Shelley passed away at the age of 88, one of the last living legends from Hammer’s heyday. Today, on what would have been her 89th birthday, we celebrate her life and legacy with five of her best roles, from her first horror film to some of her most iconic performances. 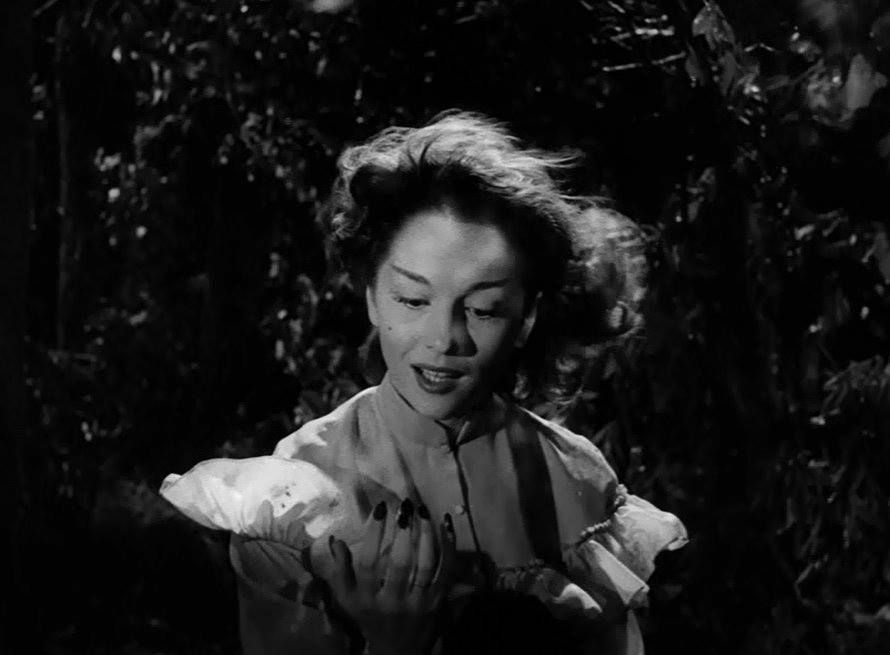 In American International Pictures’ unofficial remake of the RKO classic Cat People, Shelley stars as Leonora, a troubled young woman who inherits a family curse after the death of her abusive uncle. Her turbulent emotions – anger, jealousy, betrayal – begin to manifest in the form of a bloodthirsty leopard who devours whoever stirs up those emotions.

After the leopard kills her philandering husband and his mistress, Leonora wakes up with blood on her hands. Confused and hysterical, she is confined to an institution. This movie a basically a textbook example of men in the medical profession belittling and dismissing women’s mental illness. The doctor – who happens to be Leonora’s former flame – is patronizing and does little to help her.

Shelley’s performance is the centerpiece of the film. She carries Leonora from reserved to raving to ravenous and back again, showing off the emotional range she would continue to display throughout her career. Cat Girl was Shelley’s first horror film, and it marked the beginning of a beautiful relationship. 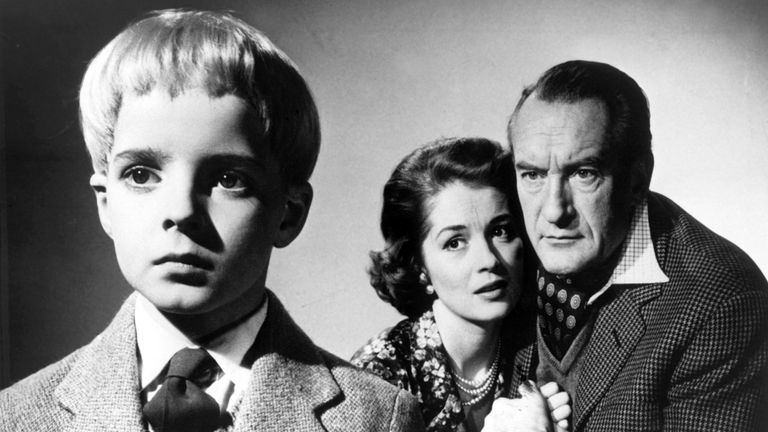 A blackout engulfs the peaceful village of Midwich, causing everyone to fall into a deep sleep for several hours. It ends as suddenly as it began, and the villagers are returned to normal with no obvious side effects – until all the women of Midwich realize they’re pregnant. These mystery babies grow into intense and serious kids with white hair, glowing eyes, and a penchant for mind control.

Like most science fiction from the 1950s, Village of the Damned spends a lot of time on men talking. Scientists, politicians, military guys – they all spend a lot of time discussing what to do with these kids, who are becoming increasingly dangerous. But we do get to see a more personal reaction to this nightmare, through Barbara Shelley’s character Anthea Zellaby, the wife of the village’s leading scientist and mother of the ringleader of the tiny terrors.

We see Anthea’s joy at the prospect of being a mother, her worry over her abnormal pregnancy, her confusion and horror as she raises a child that turns out to be a monster. She tries to connect with her son, but to no avail. Shelley’s portrayal is the emotional center of the film, bringing heart to what might otherwise be a cold, cynical narrative. 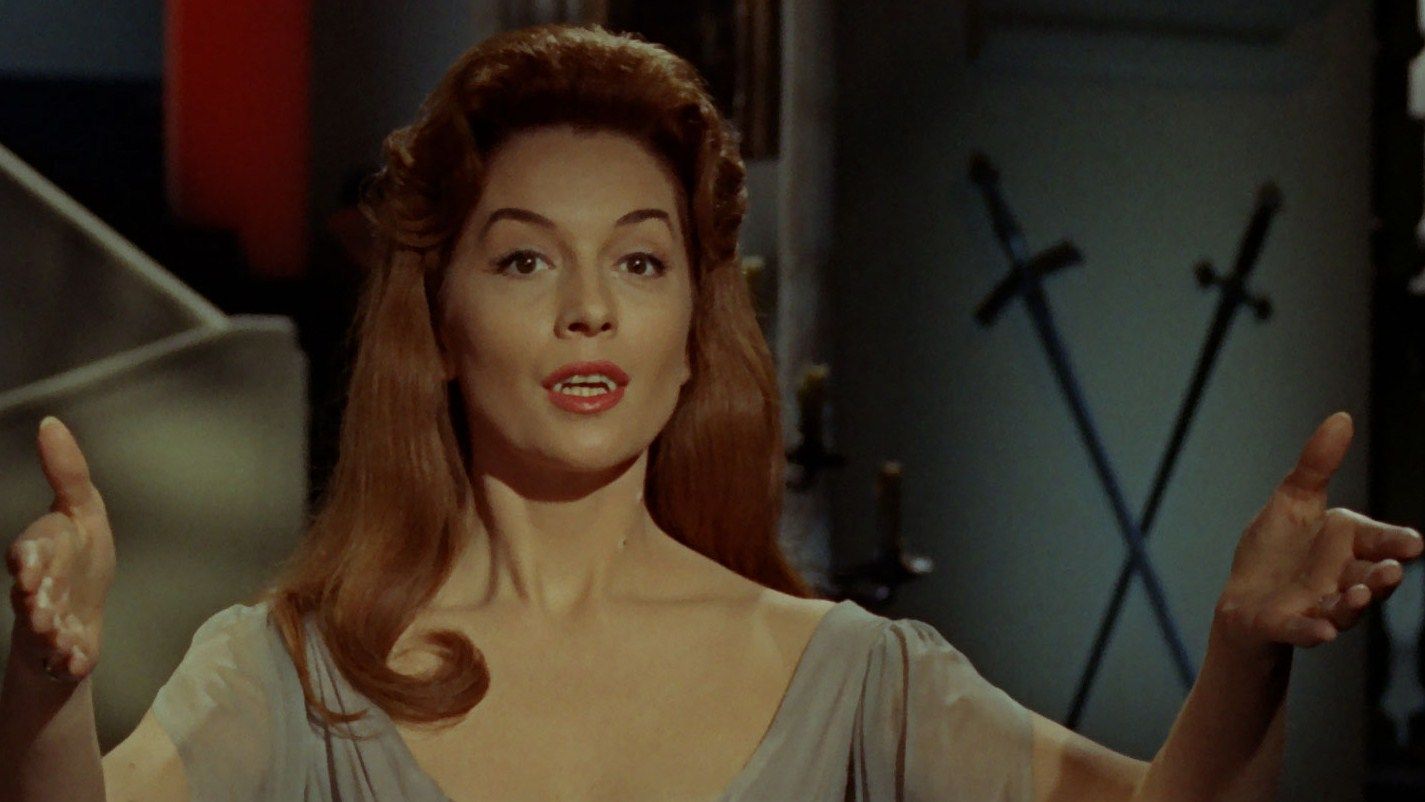 Nearly a decade after Van Helsing destroyed Dracula, a group of English tourists find themselves stranded at the Count’s supposedly empty castle. Fresh blood from one of these unfortunate souls revives dear old Drac, who won’t rest until he claims the others as well.

Among those to fall under his sway is Helen (Shelley), a very prim and proper lady who would much rather be safe at home in London than wandering through the Carpathian countryside. After killing her husband, Dracula takes Helen for himself, and she transforms from an uptight Debbie Downer to a glamorous, sensual vampire.

Throughout her life, Shelley looked back fondly on her years with Hammer and considered Helen’s death in Dracula: Prince of Darkness to be one of her best scenes. It’s easy to see why. Helen doesn’t go down without a fight, and the enduring image of her snapping and hissing at the monks who take her down is absolutely chilling. Shelley indeed delivers one of her best and most iconic performances as Helen, the role that solidified her status as Hammer’s number one scream queen.

Based loosely on the testimony of one of Rasputin’s assassins, Rasputin: The Mad Monk is a highly dramatized account of the infamous mystic’s rise to power in imperial Russia. It was filmed back-to-back with Dracula: Prince of Darkness and utilized many of the same sets and most of the main cast, including Christopher Lee, Francis Matthews, Suzan Farmer, and of course Barbara Shelley.

Shelley plays Sonia, a lady-in-waiting to the tsarina, who is the opposite of Dracula’s Helen in every way. Sonia is a headstrong young woman who likes strong drinks and is bored by the pomp and formality of court life. She meets Rasputin in a tavern, and although he’s kind of a dick to her, she finds herself inexplicably drawn to him. Unfortunately for poor Sonia, Rasputin uses her to ingratiate himself with the imperial family, then callously discards her when he no longer needs her.

Though more of a political drama than outright horror, the film plays up Rasputin’s hypnotic powers, putting Shelley once again in Christopher Lee’s supernatural thrall. Sonia’s transformation is much more tragic than Helen’s; we watch her go from a fun-loving gal to a hollow shell due to Rasputin’s abuse. Shelley is phenomenal through it all. She brings so much life to Sonia, so much warmth and vitality, making it all the more painful to see that life drained from her. 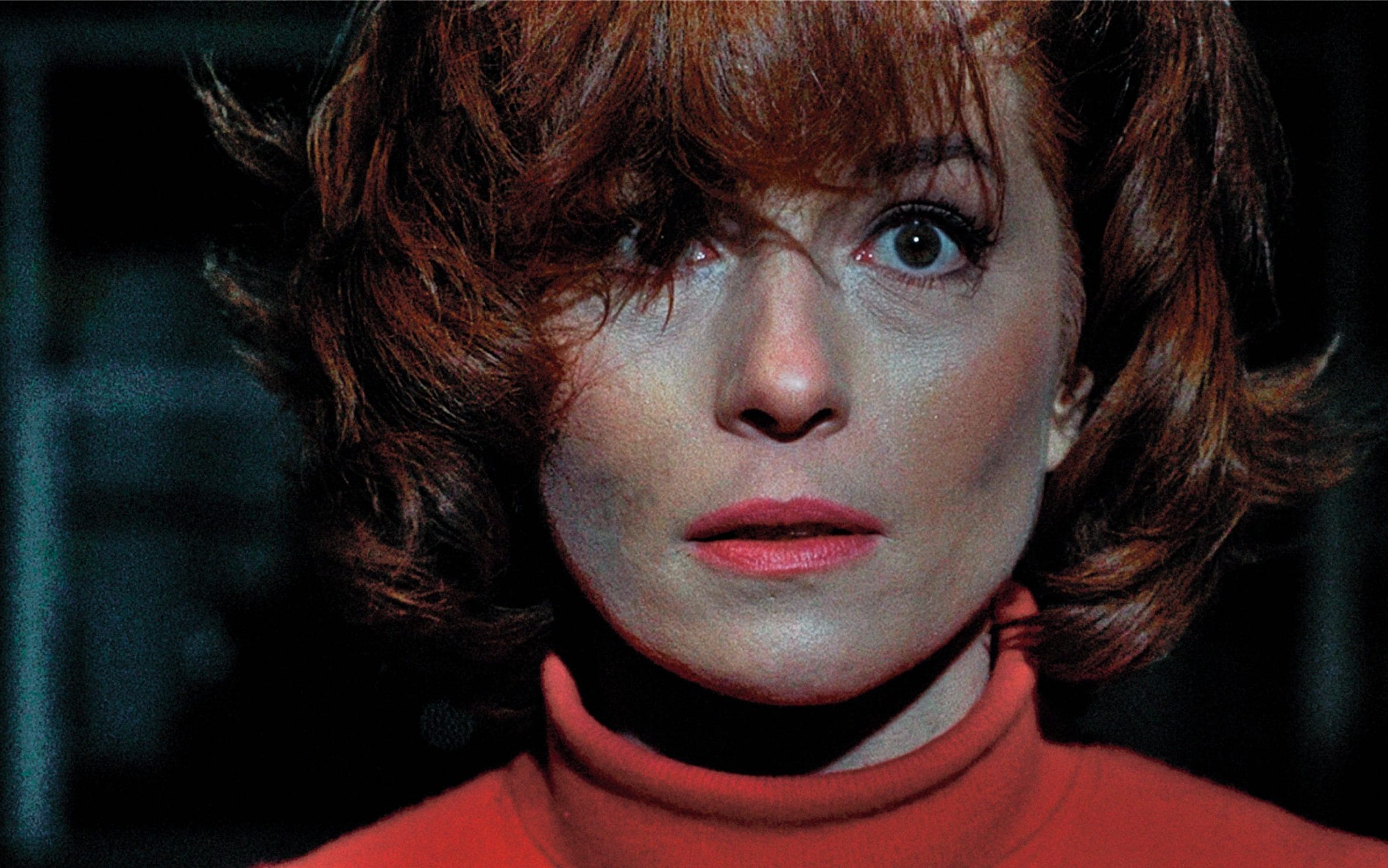 Workers building an extension of the London Underground unearth skeletal remains of humanity’s ancient ancestors and a mysterious large metallic object. What is originally believed to be a World War II bomb is actually a Martian spacecraft, full of fossils of the insect-like Martians that visited Earth five million years ago.

Shelley plays Barbara Judd, a research assistant caught in the middle of all this extraterrestrial drama. Like Village of the Damned, much of Quatermass and the Pit is men talking about stuff, but Barbara doesn’t get the credit she deserves for being the key unlocks the entire plot. She is the first to connect the discovery to local legends of ghostly apparitions and otherworldly visitors – a notion that Professor Quatermass (Shelley’s Dracula: Prince of Darkness costar Andrew Keir) initially dismisses. She’s the one who does all the research, and it’s through her that they’re able to harness the spacecraft’s psychic energy and discover the fate of the Martians. Quatermass and the boys stand around theorizing while Barbara is the one figuring shit out.

Quatermass is Shelley’s last Hammer film, closing out a decade-long reign as the queen of British horror on a high note. It’s one of her finest performances and one of Hammer’s most acclaimed films.