“I Blame Society” is a satirical look at a frustrated filmmaker whose only “compliment” is that she would make a great serial killer. 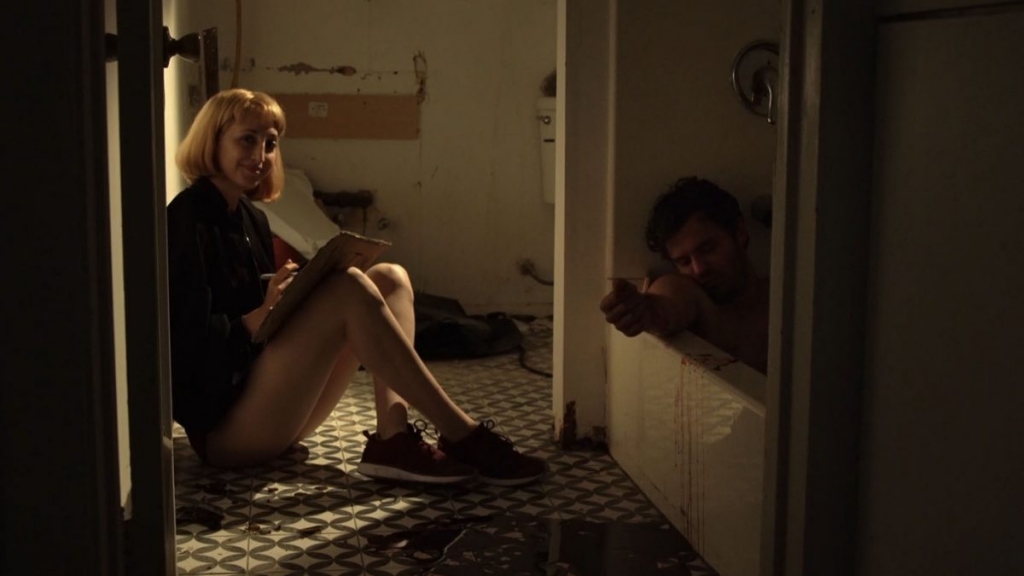 When I first watched the trailer for Gillian Horvat’s I Blame Society, it seemed like a fresh, original film with a quirkiness I could appreciate. I wasn’t wrong.

Gillian Wallace Horvat wrote, directed and stars in this film which defies categorization; it’s a satirical dark comedy with elements of a slasher movie. Horvat plays a fictitious version of herself, a woman named Gillian, who is a very frustrated writer and filmmaker. The only compliment she receives from her friends is that she would make a good serial killer. So, she decides to make a documentary-style film about her transformation into a serial killer.

She films every step she takes to kill: from choosing a victim, interviewing, and finally killing the victim. She even details how she intends to avoid getting away with it.

So, is it a movie within a movie, or is Horvat’s fictitious version of herself actually killing people?

I Blame Society effectively draws the viewer in and keeps them guessing about whether what they are witnessing is real or not. 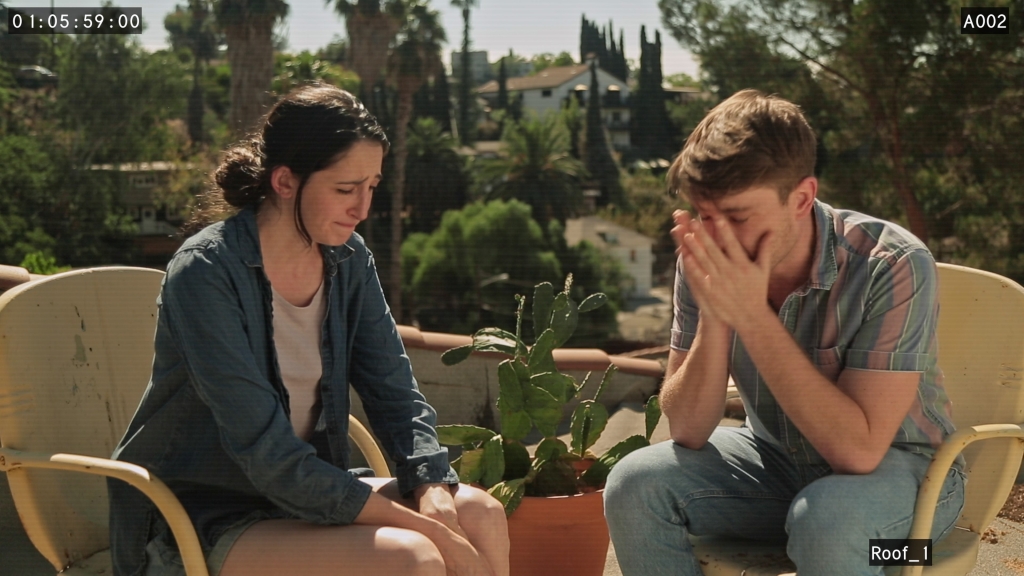 Horvat cleverly keeps us invested — and keeps us guessing — through compelling scenes of her discussing her “project” with someone, intercut with flashbacks of her seducing her next victim, and back to the seemingly harmless conversation. In this way, we’re constantly brought back to the knowledge that we are watching a movie within a movie… maybe. The confusion never feels frustrating but rather enhances the entertainment value.

Gillian says out loud what most would only potentially entertain as a secret thought. She’s lost her inner censor.

She casually discusses her extreme frustration and sense of being a failure with her victims. At the same time, she interviews her victims and gets some personal information about them. There’s a reason — her MO is to make the killings look like suicides. After killing her victims, she uses this information (along with adding her own dramatic flourish) to write suicide notes. Apparently, the notes are even convincing to family members.

During one scene, Gillian is watching a news report about the rash of suicides that authorities believe are the work of a serial killer. In brief interviews, friends of two victims say that the suicide notes sound authentic to them.

Horvat’s performance as Gillian is quite effective. 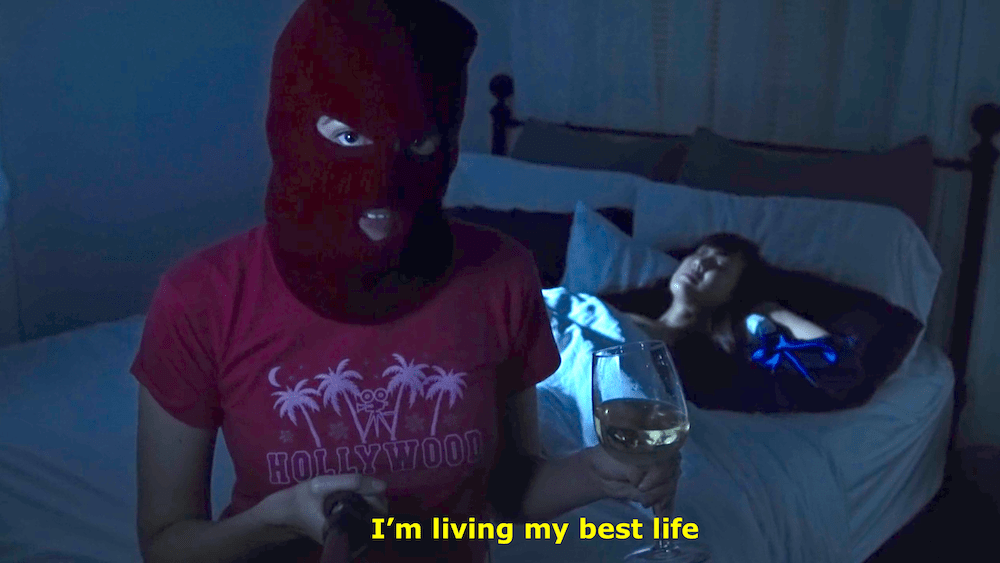 I really got a sense I was watching someone who has completely lost her grip on reality. She effectively portrays a woman teetering on the edge of sanity through her dead-pan delivery of the dialogue — casually conversing with her victims then switching modes to saying awfully disturbing things. The nature of the conversation changes dramatically, but her casual tone doesn’t.

Gillian is also a well written character who manages to be both clever and remarkably likable. She does her homework on serial killers and uses this knowledge to avoid leaving “psychological clues” for profilers. For example, she purposely chooses different types of victims to throw police off.

The title itself sums up the character’s frustration at failing to live up to societal expectations, as well as with the judgmental people around her who dismiss her work as a filmmaker as “disturbing”  She even tells a victim that even though she has a master’s degree, she can’t find a job and lives “hand to mouth.”

I Blame Society is a clever and delightfully twisted film. If you appreciate dark comedy and irreverent humor, I highly recommend this film. It’s also a can’t miss pick for Women in Horror Month.

I Blame Society will be widely available on VOD beginning February 12, 2021.