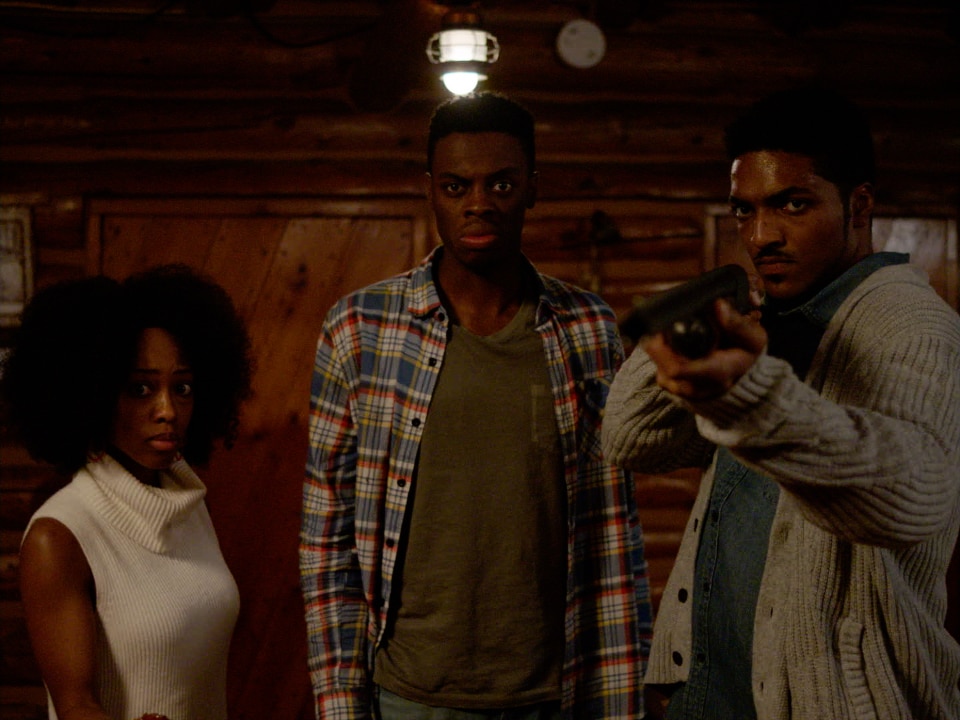 On the drive to the family cabin, Kevin (Oghenero Gbaje), his sister Brittney (DeShawn White), and her fiancé Tony (Lenny Thomas) arrive only to find their parents dead, the victims of a mass shooting. They encounter the stranger (Nick Damici) responsible for the killings, and at gunpoint, he asks them, “Are you humans or demons?”

He proceeds to explain how a demonic force has inhabited most of the humans at the lake. While taking them hostage, he manages to leave them with no tools of assistance: car, phone, keys, or escapes to the road. Tony then takes off at nightfall in search of help, unsuccessful in finding any working car or phone. He returns just in time to subdue the returning shooter.

With the gunman held in the basement causing a raucous, and the arrival of Margie (Lori Hammel), a survivor of the massacre, Kevin starts to question the warnings of “demons.”

Together, they fight to survive the night while being tested on what is real and not seen all around them.

Covell is clever at playing on our senses, as he also wrote and edited this exploratory film on human nature in terrifying predicaments. 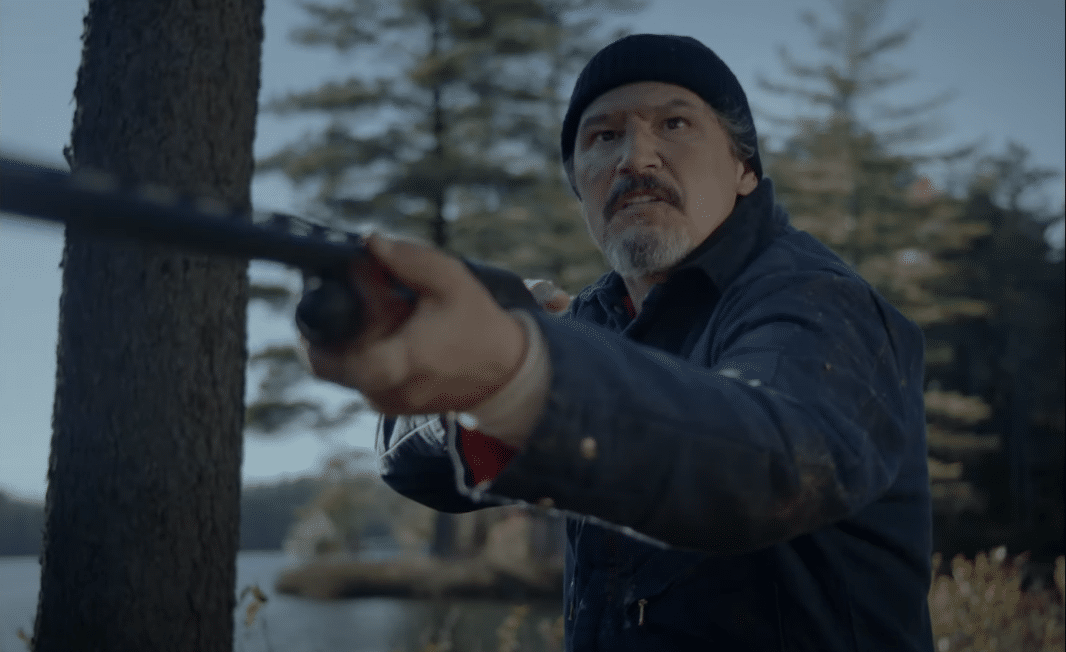 Nick Damici as The Stranger

When Covell created the characters, he would need an opposites approach to build the confusion of what the truth is for the audience.

Tony is an alpha leader, an “all about the facts” kind of man. He believes he knows everything and is very vocal in his judgments about Kevin. Kevin is not a conventional main character; he is awkward and not timid for too long as he questions all the details based on his intuition.

Brittany is like the emotional bridge between them. As the terrors unfold, she leans further into her bond with Kevin.

Sung Rae Cho, the cinematographer, captures nature’s innocence in the background of human darkness, while the cast wears earth tones and shades of blue to set emotions. The majestic long shots of the woods show just how small humans are in the big nature of all things.

Within that opening sequence, the score brings a mesmerizing ominous force composed by both Sam Tyndall and Akari Uchiyama.

When the title for this movie comes up in bold red, it certainly mimics the nostalgia of 1970 Hammer films.

Along with the music, the film creates a strong introduction to the element of anticipation. 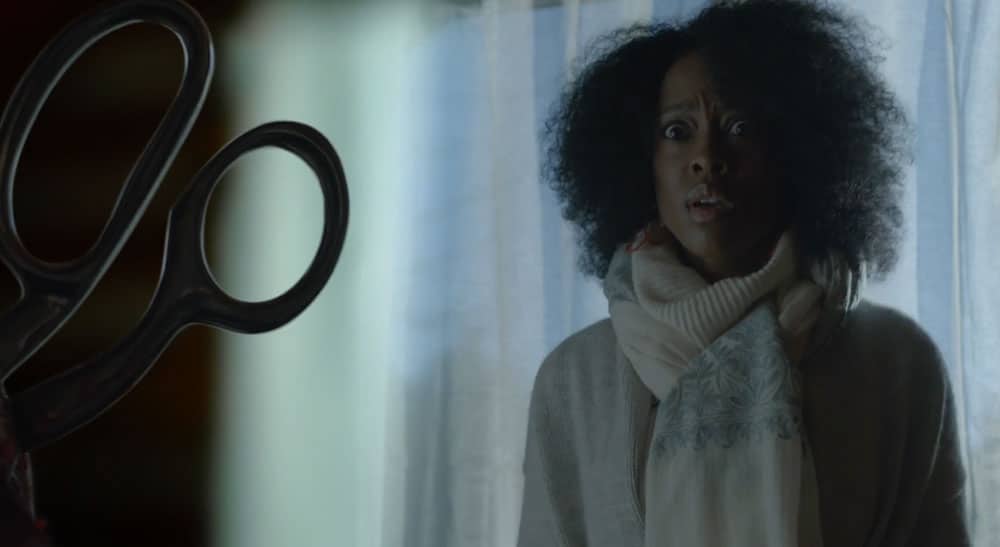 The cabin as the central setting in this movie is the best way to implement a social horror narrative: a secluded place in the middle of nowhere to possess or test the uninhabited against the fears we cannot see.

But don’t expect another Evil Dead or Cabin in the Woods, as Covell sets a different tone.

Race and culture in America have infused and informed our evolving understanding of good versus evil; light and dark; right and wrong. Fortunately, as we progress as a society, we become more enlightened and are able to reassess our past transgressions with a new lens; the hope is for a slow but steady march to a more inclusive, fair, and moral society.

But as history has shown, progress doesn’t come easy. And there are many who fight the inevitability of change and cling to old and harmful ways of thinking — ways of separating ourselves from the feared and persecuted “other”.

When you think about it, we’re always selling a perception of ourselves to many strangers daily. It’s the dark experiences of mental illness, racism, classism, religious persecution, and societal labels meant to define who we are and our place in the world that test our philosophies and interactions with others.

Unfortunately, Margie represents a very real world horror — the uncomfortable surge in ‘Karens’ who fear the erosion of their privileged status, especially when she angrily responds to the black characters as,“You people!”

Our beliefs hold tremendous power, and Blood Conscious invites the audience to explore an important question: What still possesses your view of others in today’s cultural climate?

Overall Rating (Out of 5 Butterflies)
MORBID MINI
Blood Conscious is a clever and thrilling entry in the cannon of socially conscious horror. With a heavy focus on mood and tension, it explores the nature of fear and paranoia while examining bigger issues of trust, family, and race. Ambitious and intriguing with a sharp setup, this is one for fans of slow-burning psychological horror that succeeds in creating an air of uncertainty. With strong performances, solid writing and direction, and an exceptional score that helps drive palpable tension, there’s a lot to love here — but be prepared for a polarizing ending.