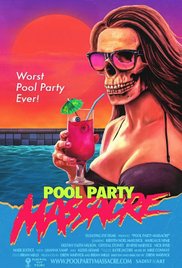 Pool Party Massacre has been popping up at conventions and on my Instagram for a while now, so I finally decided to reach out and see the film for myself. With one of the coolest posters I’ve seen in a while, the film is a very definite nod to low-budget 80s slasher films, and it reminded me a lot of 1982’s The Slumber Party Massacre.

If you are looking for a comedy horror flick filled with naked girls, booze, crude jokes and lots of blood — then you, my pool party friend, have come to the right place!

The film is a micro budget horror flick. But that’s totally ok with me, and it absolutely gave me some great comic relief on the long Memorial Day weekend. After laying out by my pool, I decided to hang out with the gang at Pool Party Massacre.

The synopsis is simple: Blaire Winthrope, (Kristen Noel McKusick) a rich spoiled socialite, has a pool party for a group of even snobbier, (and stupider) entitled girls. The beautiful summer day by the pool quickly becomes a nightmare when an unknown killer begins stalking and murdering them one by one. Blaire and her horrible friends don’t know it yet, but they are about to have, as the tag line says: the WORST POOL PARTY EVER!!! 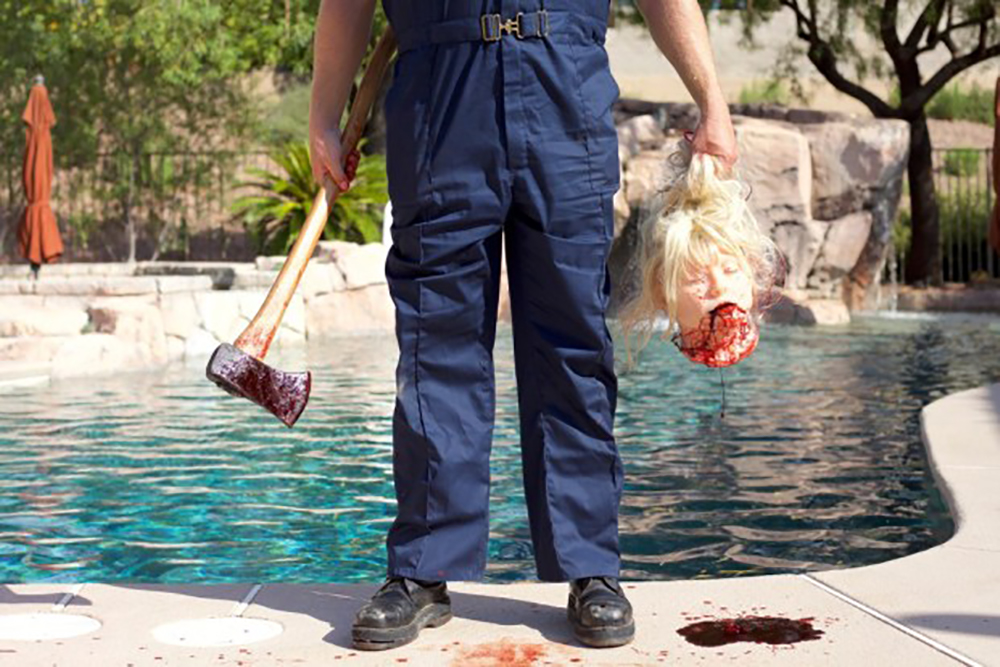 Director Drew Marvick wastes no time in getting the slasher party started!

A movie obviously influenced by 80’s slasher flicks (and the above-mentioned Slumber Party Massacre) will take gore and boob fans to heaven and back. Maybe a bit more T&A then a female of my age is into, but I am probably not the correct demographic. That being said, I still had a bloody good time…pun intended! 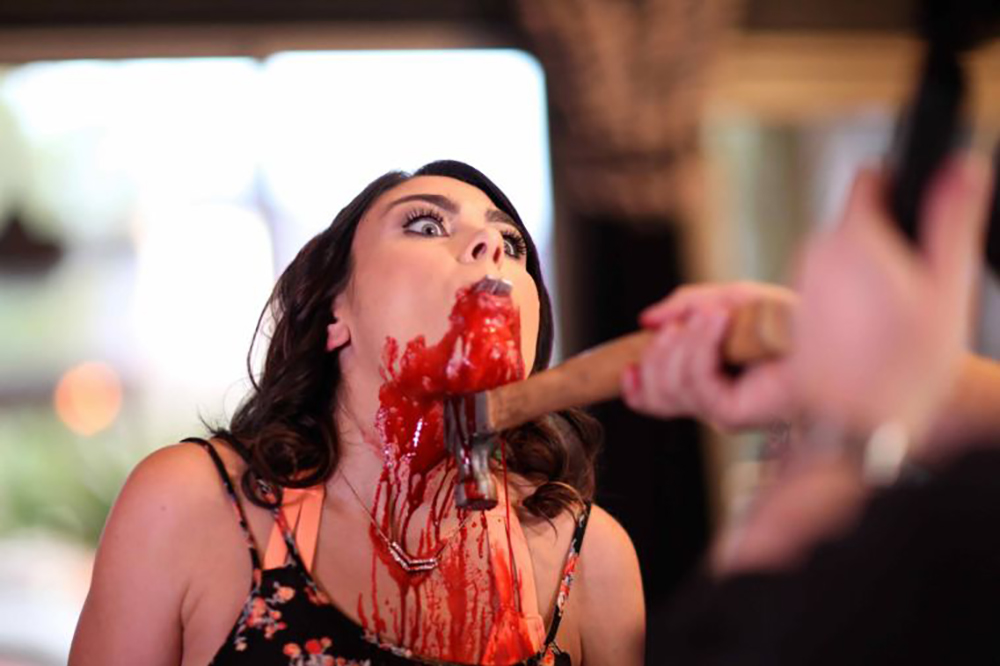 Most of the humor in the film comes from the fact that we immediately dislike the obnoxious characters and are ready for them to die in creative ways. Also, we have the one woman (Nancy- Margaux Neme) in the cast who reacts to the brainless, narcissistic, stereotypical girls in a way average people would. Most of us make fun of the Paris Hilton, Kardashian types; greedy social media hounds, rich, and useless except to show us what we don’t and can’t ever have.

The fact that there is a decent twist at the end is great; Nothing crazy original, but I still loved it. POOL PARTY MASSACRE is a funny, crude slasher movie, that I enjoyed, and I think, if that’s your wheelhouse, you will too. If I were to pick the best actor, based on their comedy chops, then I think Clay played by Nick Byers was my favorite. He pulled off being the guy that you didn’t invite to the party but you start to really like — a lovable guy — really well.

I can’t say much more without filling a paragraph with spoilers. Pool Party Massacre is silly, campy and crude, and intends to be! I could totally see me, in the 80s, picking this one up at my local VHS rental store.

Check out their website and Facebook page to get info on how to see the movie. Have fun…that’s what this pool party is all about!