Death Pool is a well crafted, mostly grounded serial killer movie that takes the genre in some new, effective directions. 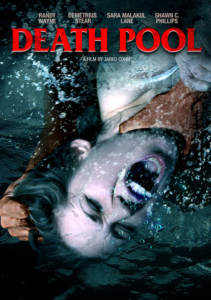 A childhood trauma can haunt people for their entire lives, which is the case for Johnny Taylor (Randy Wayne). As a kid, he was tormented by a babysitter in a swimming pool, and based on those experiences he developed an aversion to water. It’s not just pools either — he avoids drinking water and even struggles to shower, barely getting a washcloth moist to clean himself.

His life has suffered overall as well, as he finds himself barely making ends meet and in a desperate situation to improve his situation. With no other options and rent due, he accepts a job cleaning pools with a friend, despite his intense fears. While it is not a simple task, he pushes through his issues and completes the job, which leads to a turning point in his life.

Instead of using the experience to move past his fears however, he capitalizes on a chance to get some payback. He returns to the pool and finds the owner, a beautiful young woman, still in the water. Then confronting his fear head on, he jumps into the pool and soon after, drowns the woman. This event energizes Johnny and puts him on a new path, one where he gives in to his darkest desires. As he continues to prey on victims, how long will his spree last before someone catches on?

As a fan of serial killer movies, I was curious to see how Death Pool would turn out, given the drowning method of murder. The narrative here is well crafted and makes sense, using trauma from childhood to set the table for the future killings — as many real life serial killers seem haunted by events from their youth, regardless of whether or not that was made them into murderers. 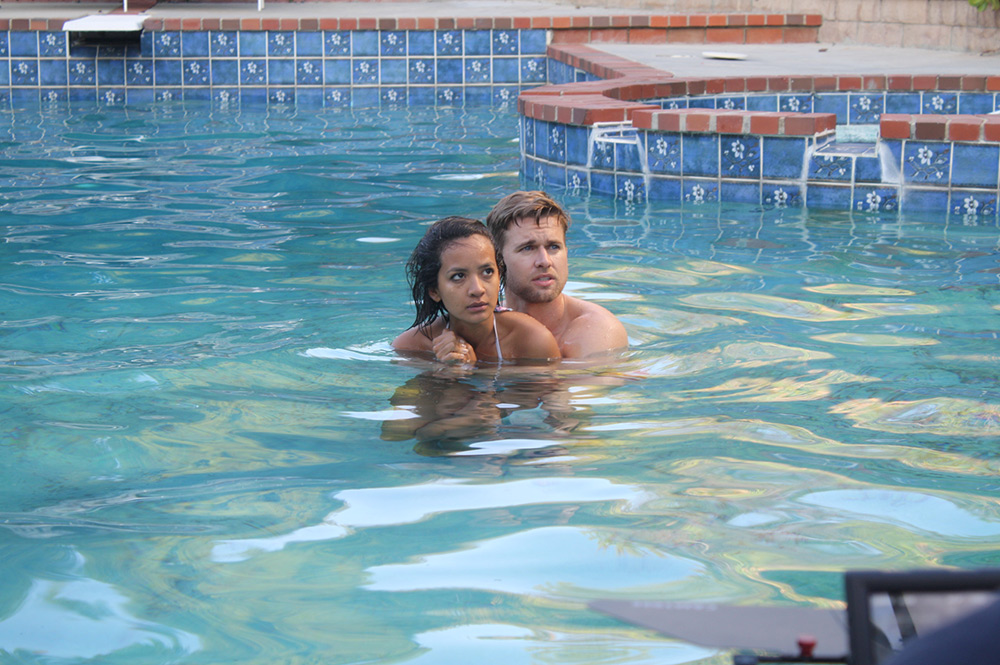 DEATH POOL has horror elements, but it’s not a slasher and doesn’t center around some mystical killer on the loose. Instead, our killer is a normal person with some severe mental and emotional issues who turns to violence. I love maniacal madmen as much as anyone, but I like how this takes a more grounded approach. After all, real life serial killers who pose a genuine threat can be much scarier than Michael Myers or Jason.

I am sure some will wish this was more gruesome or over the top, but I appreciated the scaled back, more realistic approach.

To be fair, some parts of the story are a little shaky. But I think the overall premise and execution are solid. I also liked how the concept of serial killer fame and branding were brought in, which added a very cool element.

The cast here is quite good. Randy Wayne as the lead is more than capable of carrying the movie. He is able to balance the emotional weakness of his character with the bold, sadistic side, which isn’t a simple task. I also like how he really embraces the creep factor of the role, taking great pleasure in the moments after he strikes. But he also brings across the regret and inner conflict, especially once his friend starts to encourage him to run with the serial killer celebrity status. He seems to know the right moments to punch things up a notch or two of craziness, without overdoing it.

In the end, Death Pool does lean more toward thriller than horror, but the serial killer aspect should keep genre fans interested. 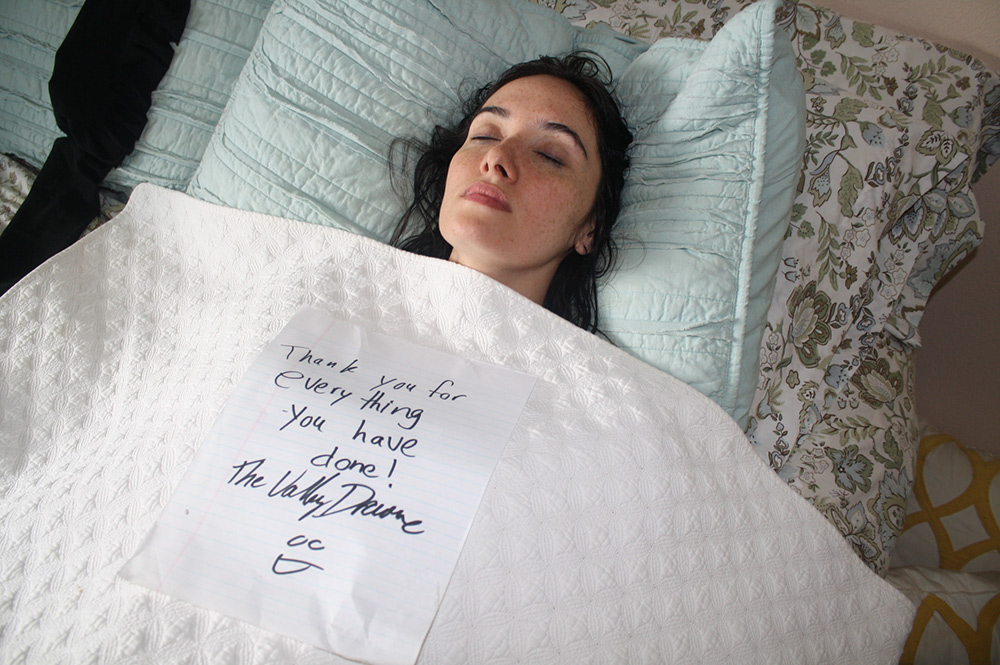 The grounded approach really pays off, and you can tell the writers knew their stuff when it comes to serial killers. The film presents the entire cycle, from creation to that first kill, through the escalation. And the escalation here is a wild ride, as it involves some elements we don’t see often in movies. The motivation shifts and the dynamic between the two friends really pushes the movie in fresh directions, which of course enhances the experience.

The escalation is where the movie starts to go a little over the top, but honestly serial killers have done some insane stuff, so it remains plausible. As our killer loses control and buys into the serial killer mystique, his journey plays out in ways that make this feel like a welcome change of pace. The lack of blood and jump scares might disappoint some horror fanatics, but the movie delivers suitable sleaze — and the trip inside the killer’s mind is scary enough, I think.

Death Pool is now available to own on DVD. Released by MTI Home Video, the movie can be purchased through Amazon.